I already told you how God slapped me upside the head and taught me how to lay down my preferences and focus on Him in worship at the SoCalCWConference HERE.

But that wasn’t the only way I was surprised.

Amid all the hubbub, the people asking for help with this, offering encouragement for that, and trying to be a help myself, there were several moments where God just really seemed to say, “It’s growin’ time, Chautona.”  One of those will become a book soon.  And I’ll tell you all about it then.

But there were other moments—more “surprising” than stretching. And one of them came on the second day in the dining hall at lunch. 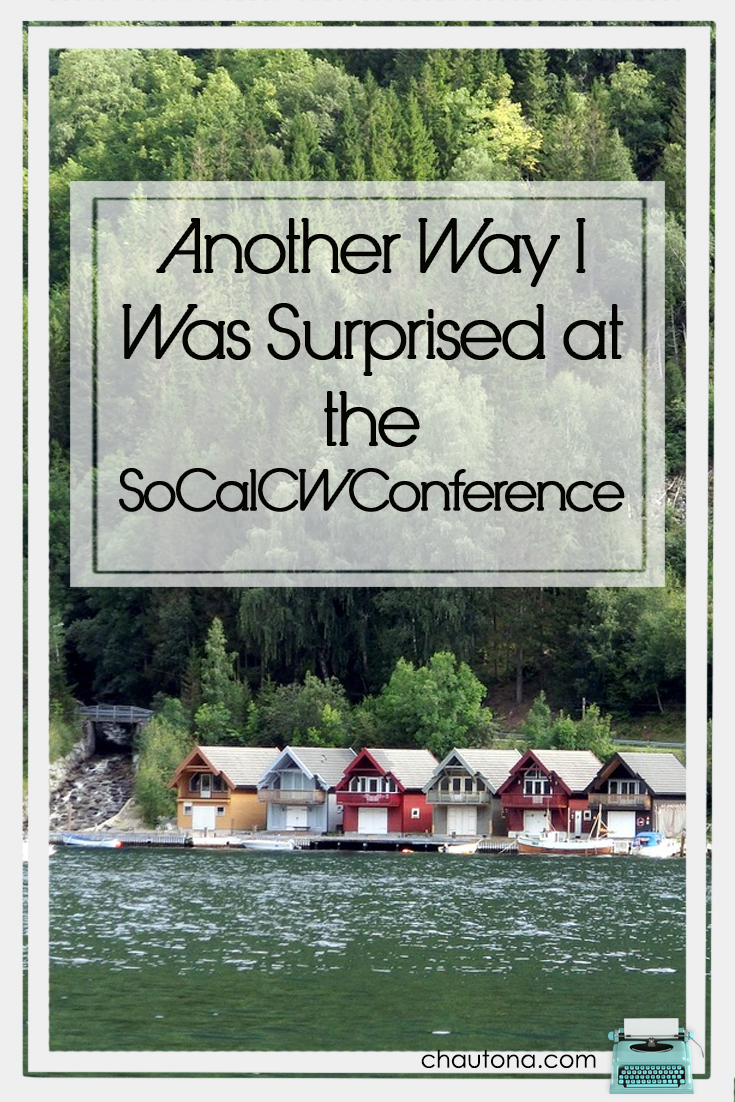 Note: may link to pages with affiliate links. If so, I receive a small commission off those links on that page (or this if there is one).  Doesn’t cost you extra!

Another Way I Was Surprised at the SocalCWConference

I stood there, waiting in line with a tray and no idea if I even wanted what was being offered.  A throng of people clustered so close to the cafeteria-style food distribution center that I couldn’t see if I was in line for Burn Your Tongue Off Chicken or Blah Beef Guesswhat.

So I stood there, praying that God wouldn’t stretch me… AGAIN.  And certainly not in this way.  I’d already had real hunger pangs (I don’t get those often) from just not having enough food in my body.

And then this tall, beautiful woman steppes up and says, “Havig.  Norwegian?”

I mean, like I said in my review of Joanne Brischof’s book, people usually pronounce it, “Hah-VEEG” and assume Middle Eastern… with an almost imperceptible wince, I might add.

A slew of words flew from her mouth at speeds that rivaled any Indian speaking English that I’ve ever heard.  I’d say it was “Greek to me,” but at least Greek I might have caught a few of those words.  Since she didn’t say, “velkommen” or “bestemor/far” I was sunk.

So there I was, standing in this enormous line for mystery food I probably couldn’t eat and this gal is speaking to me in tongues.

I still don’t know what she said.  No interpreter.  It was so unBiblical.

At some point, she saw me blink.  And smiled.  “Marriage?”

Then she started in on the origin of the name.

This fascinated me because, you see, Havig isn’t common in Norway, either.  There aren’t many there or here.  In fact, the name Havig appears about 160 times in the US.  40 times in Norway (and sprinkle on both Australia and Canada). 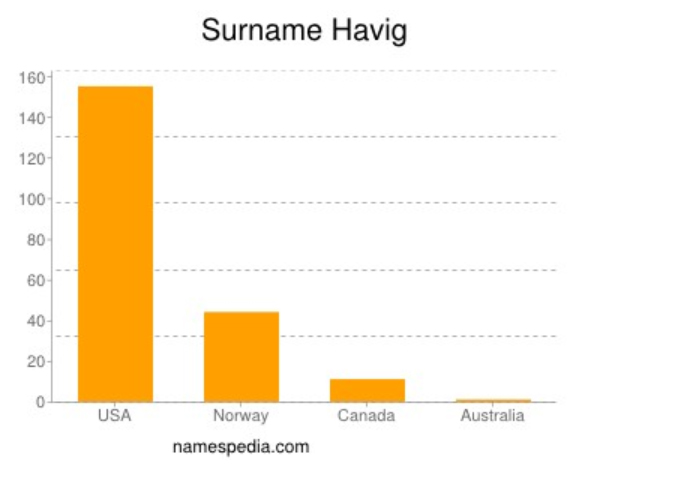 I’ve done tons of research, and the best I can find is what my OB told me when I was pregnant with my second child.  Two families. Opposite socioeconomic status. One lake. Intermarried.  Came to US.

But this gal was AMAZING.  She said, “Havi… that has origins in the ocean.  It’s likely to be from there.”

I told her about the lake.

Not to be deterred, she concentrated hard and still shook her head. “No, it has oceanic roots.”

So, I suggested maybe they’d moved in from the coast or even that the lake reminded them of the ocean somehow.

But finally, I know something about my husband’s surname.

And a very nice woman knows that a Scot (my family origins) in California’s Mojave Desert is called bestemor.

Why do I suddenly have a desire to write about those Havigs?  EEEP!

Previous Post: « 3 Reasons I Have Nothing but High Praise for This Book
Next Post: Wanted: Readers Who Love the Agency Files & Will Help Me! »