Oh, you thought writers are geniuses who write with creative inspirations and know exactly what they are doing?  You read “unlikely inspirations” and think, “What?”  Yeah.  Let me tell you.  I never know what will inspire me.  And yeah, I fake it.  A lot. 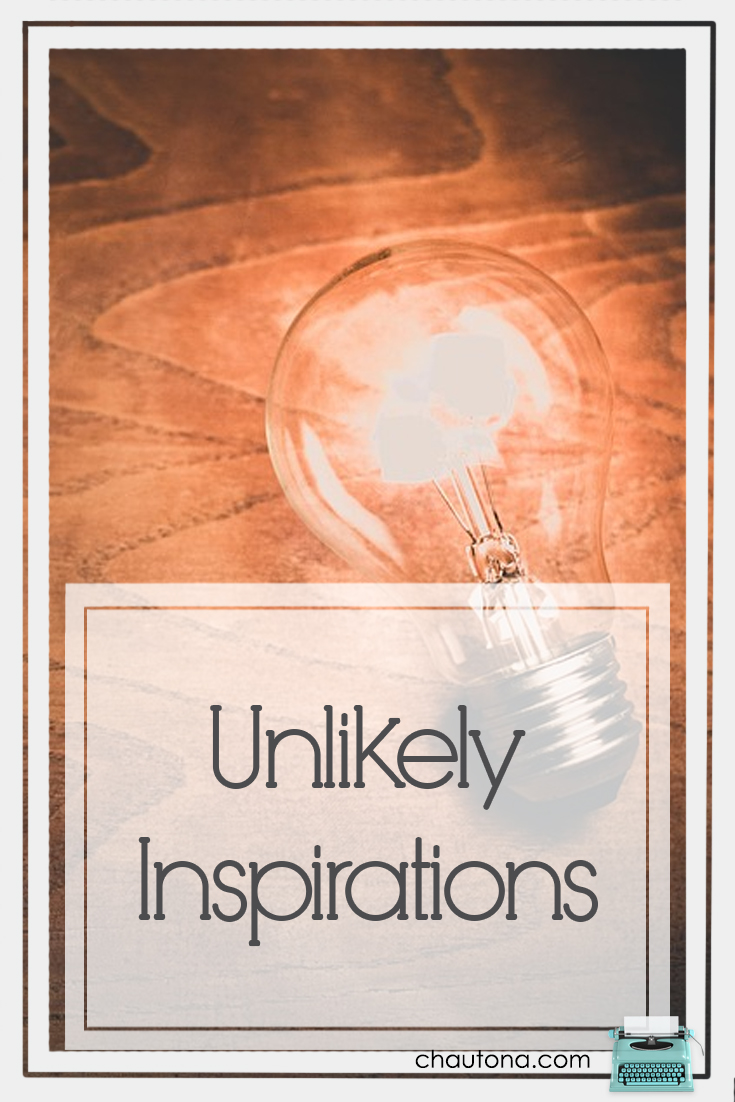 For example, the other day I was writing at Denny’s.  You know, minding my own business.  When I overheard a server say, “So you want three but no murders?”  I blinked.  Instant explosion of ideas in my pea brain.  Seriously.  No joke.  I mean, I’ve got this new series brewing in my mind.  I work in Denny’s.  What about a mystery series that takes place at “D’s Diner” with amazing Angela?!  This could be cool here.  So I hear “three but no murders” and my brain instantly goes to “What’s Angela gonna do with that one?”  (For the record, it was “three build-your-own burgers”.)  It’s unlikely inspiration–a burger order in a restaurant.  But it sent my brain spinning with ideas.  The book could even be, “Build Your Own Murder”  Da-da-daaaahmmm! 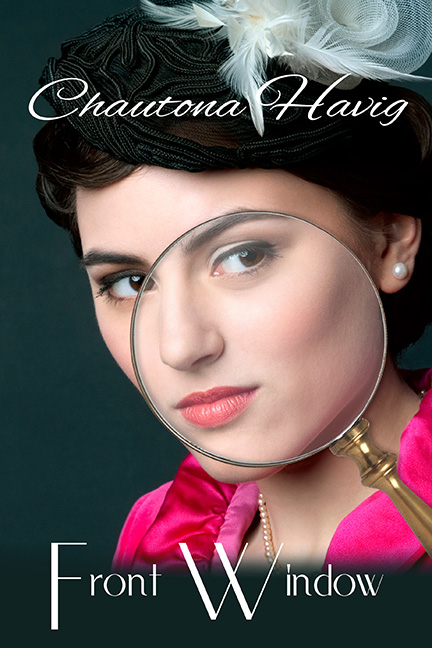 Another unlikely inspiration came when we were visiting my mother-in-law in 2014.

We sat in her room, talked, my husband walked around, we still talked.  And we left when she got tired.  Mom lived in a wonderful assisted living place.  Really cool.  And her apartment looked out over the street where my brother-in-law goes to church.  Most of the other buildings around there (library, small storefronts, and even a grocery store) are very small.  But there’s one other building that faces Mom’s window.  That became the most unlikely inspiration of all.  A building.  That’s it.  Just a building.

Kevin and I went over to Applebee’s and had dinner.  While we were there, he pointed out something I’d not noticed.  Then he said something.  “Can you imagine if someone wanted to…”  Instant story explosion.  My “unlikely inspiration” became a full-fledged Hartfield Mystery—Front Window.

I’d planned for Two O’clock Slump to be the final book in the Hartfield Mysteries.  But something had niggled at me.  First, I created this fun character in Aunt Faye and really wanted to explore her some more.  But I couldn’t–not unless I wrote another one.  And then… well, in Speak Now,  I alluded to Alexa getting a new seamstress.  And well… that needs to be explored, too.  Doesn’t it?  So then what do I do?  I write another one.  And, of course, in talking with my inspiration for Laidie in Manuscript for Murder and Crime of Fashion,  we came up with another book featuring her.  Yeah.  That’s right.  Another unlikely inspiration.  What’s she doing now?  Orange jumpsuit couture?  White, padded hospital gowns with whitework embroidery?  Stay tuned.  Who knows what else will inspire me.  Snort.