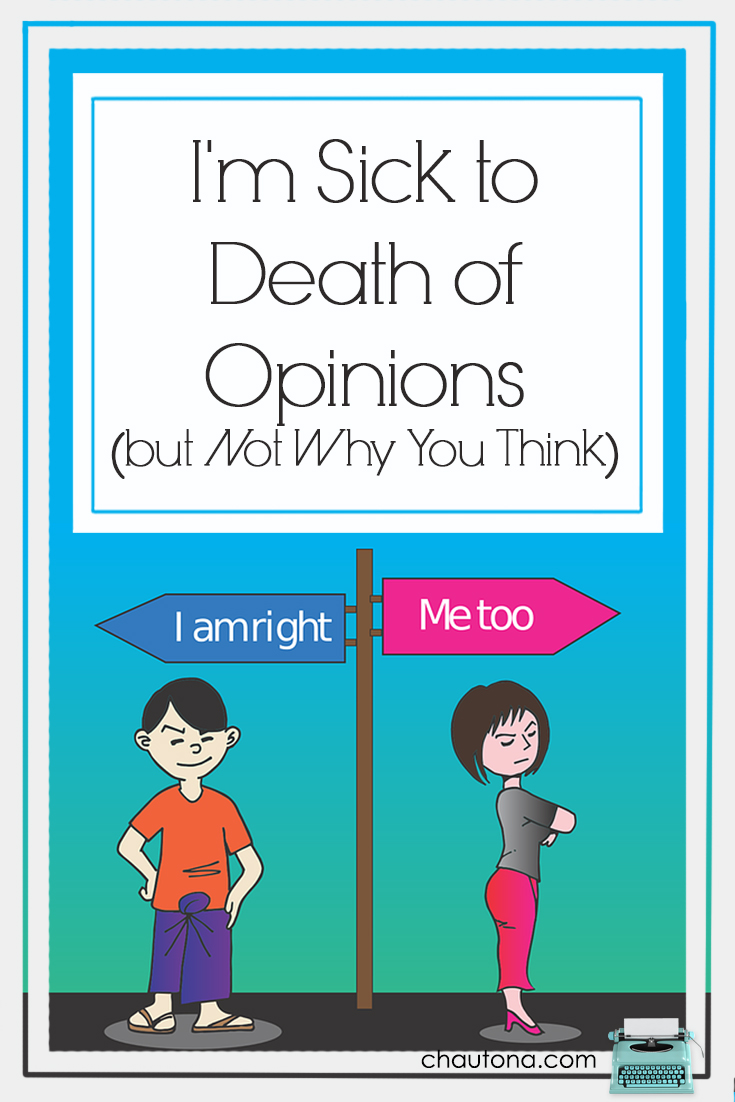 Our world is flooded with opinions. From the best tacos (Mrs. Santos’, naturally) or burgers (In-n-Out, duh!) to movies, books, products, and obviously, politics. Gotta have those political opinions.  Unless yours differs from mine, of course.  But I’ll get to that in a minute.

We even baptize some of our opinions and make them sound holy.  While they’re all rooted in Biblical principles, they aren’t always Biblical mandates.  Sometimes opinions are mingled in with truths or logical conclusions inferred from truths.

At those times, opinions tend to follow this formula:

Noun (especially if it’s modern) + State of Being Verb= God does/doesn’t like it.

Purple socks are sinful.  Red socks are godly. In-n-Out burgers are righteous (after all, they have Bible verses on the packaging!)

Sorry.  Those are all opinions–just opinions baptized in the muddy waters of twisted Scripture.

Note links in this post may be affiliate links that provide me with a small commission at no extra expense to you.

So if, as my post title says, I’m Sick to Death of Opinions… Then why this opinionated rant about… well, opinions?

It’s not because people don’t agree with me. That’s actually the opposite.

It’s because people don’t allow me the privilege of having a differing opinion anymore.

When I was a kid, I’d listen to the grownups talk. Loved it. In fact, I looked forward to it, and a lot of conversations sounded like above. Change “Bikinis are immodest” to “Jimmy Carter is an idiot” and you’d have one example. I’m sure someone said it at some point. Change ungodly superheroes for the reasons that baptism is wrong today, and you’d get another one. Yes. I heard that argument. I still don’t get it.

But that’s kind of my point.

You see, back then, the grownups talked about these things. Dad would make an argument. Mom usually backed him up, but now and then she’d disagree. Uncle Lon would throw out a different opinion. Someone else another. They’d get on the same page about something… and then they’d diverge again.

It got heated. I won’t pretend it didn’t. But after all was said and done, everyone went home “good” with each other. No one was offended. All feelers still intact. “I disagree” and “You are wrong”—heard them both. Often.

And everyone was okay with that.

It’s not true anymore. And that’s why I’m sick of opinions.

Jane shares a cool new service or product she’s found that she just loves. Like, seriously loves. Maybe it’s a new preacher she heard and the sermon was spot-on. Perhaps she’s in the honeymoon phase of a new direct marketing company. It’s a new book, a new song, a new movie.

Someone comes along and shares why they don’t like it. After all, the end of the post said, “What do you think? Have you heard his sermons? Did you read that book? Has my new product changed your life?”

While it implies that it invites dialogue, it doesn’t. However, when I was a kid, it did. If you said, “What do you think about…?” It meant, “Give me your opinion about. If I don’t like it, I’ll ignore it.” 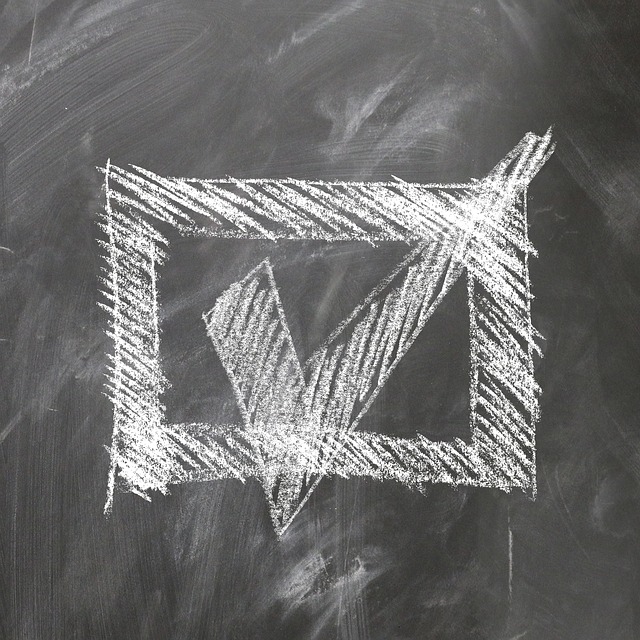 Today it means, “Validate my choice.”

See neither one says, “give your opinion, but the natural conclusion to “what do you think?” is really an opinion.

If you want people to validate you, ask them to. “Tell me how much I’m gonna love it!” That’s a perfectly acceptable request!

What isn’t acceptable is taking offense and equating a differing opinion with hate speech. Do you think that I exaggerate? Have you never seen someone respond to a differing opinion with something like, “Ignore her. Haters are gonna hate.” And mean it. Jokes aside, have you never seen someone say something like that and mean it?

I see it too often. It sickens me.

I had a conversation with a local friend a year or so ago. I commented that someone thought I was wrong about something. She about had a coronary. “Oh, not wrong… she just—”

I admit I cut her off. You see, the person I was talking about really does think I’m wrong. I’m okay with that. I think that person is wrong, too. My friend nearly choked—again. “Oh, no it’s just—”

So I told her something that has been lost in our society in the last decade or two. And I’d like to see it come back (note: opinion right there!). 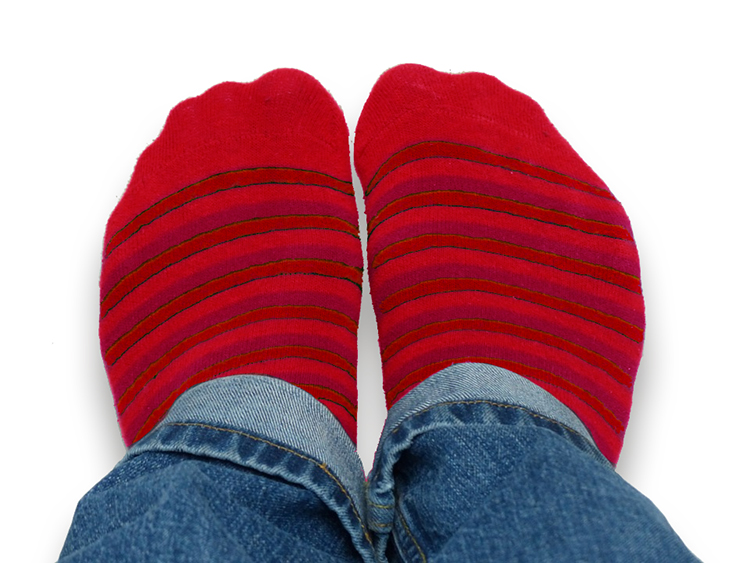 As an author, I’m rather glad about that last line. Let me state it again. Opinions aren’t rebukes. If someone has an unfavorable opinion of my book, it isn’t a rebuke against my character, my faith, or even my writing ability. It’s an opinion on those things. She may think I use too many adverbs. After all, there were three in that book! She may hate the character. She likes spunky girls and mine was rather placid. Or vice versa!

Whatever it is. She likes one thing. I wrote another. It’s not hate speech! Her opinion is not an attack on me.

It’s not a rebuke.

But anymore, when an author gets a review that is anything less than, “It’s the most amazing thing ever,” someone is going to take offense at it.  It’s funny. The author isn’t usually the one to do it, either.  Unfortunately, when authors do, it’s rather ugly.  But usually, and like in opinion posts where some commenter does it, when people take up offenses for others, everything goes downhill fast.

Even, if not especially, my own.  Why?  Because they don’t mean anything anymore. People are afraid to express their true thoughts, so most of what we hear is watered down garbage.  And I throw myself in that lot.  I try to be gracious and it comes out wishy-washy.

So, I’m going to say this right now.  My dad used to tell me, “Let them be wrong.”  What he meant by that was, “It’s okay if you think they’re wrong.  It isn’t your job to fix their thinking.” (not that I was arrogant enough to think I was always right or anything!!!!)

Give me your opinions (yes, I do see the irony there…)

I can usually see many sides of an issue.  I can understand why Jane believes one way, Joan believes another, and I disagree with both.  But I can do something else.  I can “let you be wrong” in my eyes.

Wouldn’t it be great if, on those things that aren’t explicitly spelled out in the Bible (gotta have that caveat as if it wasn’t obvious), if we just let each other be wrong now and then?

Previous Post: « My Super Secret Solution to the Aging Problem
Next Post: What Do Arrows & a Sewing Lesson Have to Do With Murder? »