A trail of cigarette smoke wisps up and toward the window. Mom laughs at something my Aunt Susan says. And, if I’m honest with myself, probably takes a sip of coffee, too.

Year? Oh, probably 1982. Place? Ventura, California—at “John&Gloria’s” house. That’s how I pictured their names in my mind—one word run together. I don’t think I ever heard anyone say just “John” or just “Gloria.” Always together. “John&Gloria.”

Aunt Susan was there—she and her sister Sandy are John&Gloria’s daughters. My mom and her siblings grew up with those kids—best friends. And eventually, my mom’s brother married Susan.

But I digress. I’m good at those bunny trails. Maybe it’s from those years of raising rabbits.

Yet another digression. My apologies. 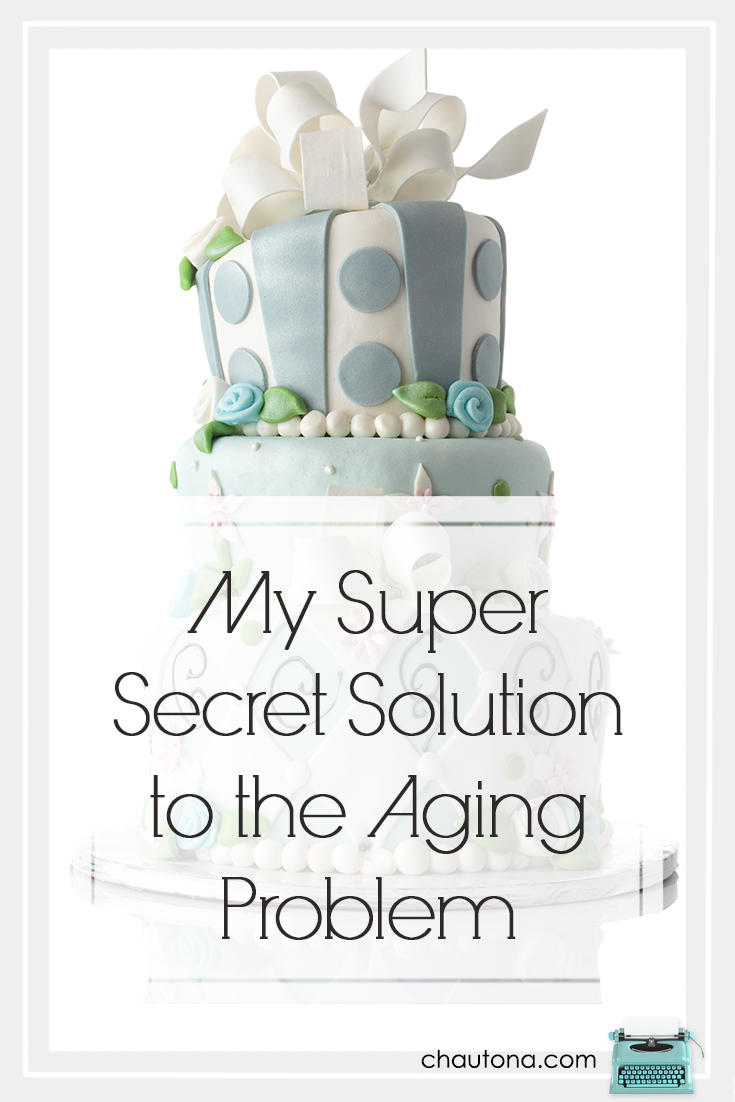 Anyway, I remember my mom’s voice, the scent of cigarette smoke, the twinkle in Mom’s eye. She took that sip of coffee, or maybe it was another one. I don’t know. But then she said it. “Susan, you’re older than I am, and you will always be older than me.”

That was my introduction to what “looked daggers” meant. If it could have happened, Mom’s cigarette would have been pinned to the wall behind her. She held it away from her head and blew a smoke ring. Aunt Susan threw another dagger dart and failed to manage to pin it down with that one, either.

But one thing I knew. Aunt Susan did NOT like being called older.

I didn’t get what the big deal was.

Who cared about a two week age difference? That’s about all there is, you know. Two weeks. Most kids I knew couldn’t wait to be older.

But Aunt Susan didn’t like it. Not. One. Bit.

So I asked Mom about it on the way home. Her response?

After a certain age, a lot of women really don’t like to be reminded that they’re getting older. It isn’t fun anymore or something.”

That “or something” told me mom’s opinion. She couldn’t care less about “being old.”

And besides, Aunt Susan would always be older. Snort.

You know, about five years or so ago, I realized that about half my life is over.

It’s the first time I ever really thought about it. And I had that moment of, “Wait. Am I that person now? Am I Aunt Susan? Am I worried about getting older?” I mean, after all, I was about the same age as Aunt Susan had been back then!

Nope. I really wasn’t. But I wondered if that would change. Would I end up going through some kind of mid-life crisis?

Well, so far I haven’t. But that’s probably because I’m my mother’s daughter.

But if I’m my mother’s daughter and don’t care about the whole aging thing, what’s the big deal? Why this post?

Well, it’s my birthday! Yep! Today I turn 47. Only three years from fifty. I am definitely on the downslide of my life, right?

Well, back on #1daughter’s birthday in April, she said, “Wow. This is my last year in my twenties.”

And I thought, “Whoa… that means next year I’ll have a daughter in her thirties! And this year, my last child enters the teens! That is so cool.”

After relating those little tidbits to her—at which point SHE now felt old, by the way—she started to say, “You’re getting old.” But she couldn’t. She laughed. I didn’t get it at first, but then she said it.

I can’t say you’re old. My husband is a year older than you. If I call you old, that means he’s old. You’ll never get old!”

And I remembered Aunt Susan’s disdain for being “older.” So there you have it!

My Super Secret Solution to the Aging Problem.

Make sure one of your kids marries someone at least one day older than you! (I recommend a year and a few months, though. Just sayin’.)

Previous Post: « What I Did When Praying Failed Me
Next Post: I’m Sick to Death of Opinions, but Not Why You Think »