A swath of fabric cut across my bedroom at an odd angle, but that angle ensured that I could stretch it all out. With painstaking precision, I pinned every last piece to the fabric, disgusted at the enormous waste stretching out before me.

The pattern called for three and a half yards. I’d crammed it into two at most.

Just as I picked up the scissors for the first cut, Mom popped her head in the door to see how I was doing. I pointed out the waste. “Grandma said patterns always told you to buy way too much, but I’ve got enough to make another dress!”

Mom stepped closer. I want to say a cigarette hung from her lips, but let’s face it. No way would Mom ever allow the ashes to drop on the carpet. But it felt like one was there, nonetheless. Mom pointed.

“Chautona, I don’t know anything about sewing, but I think those arrows are there for a reason.”

And with that, she turned away. 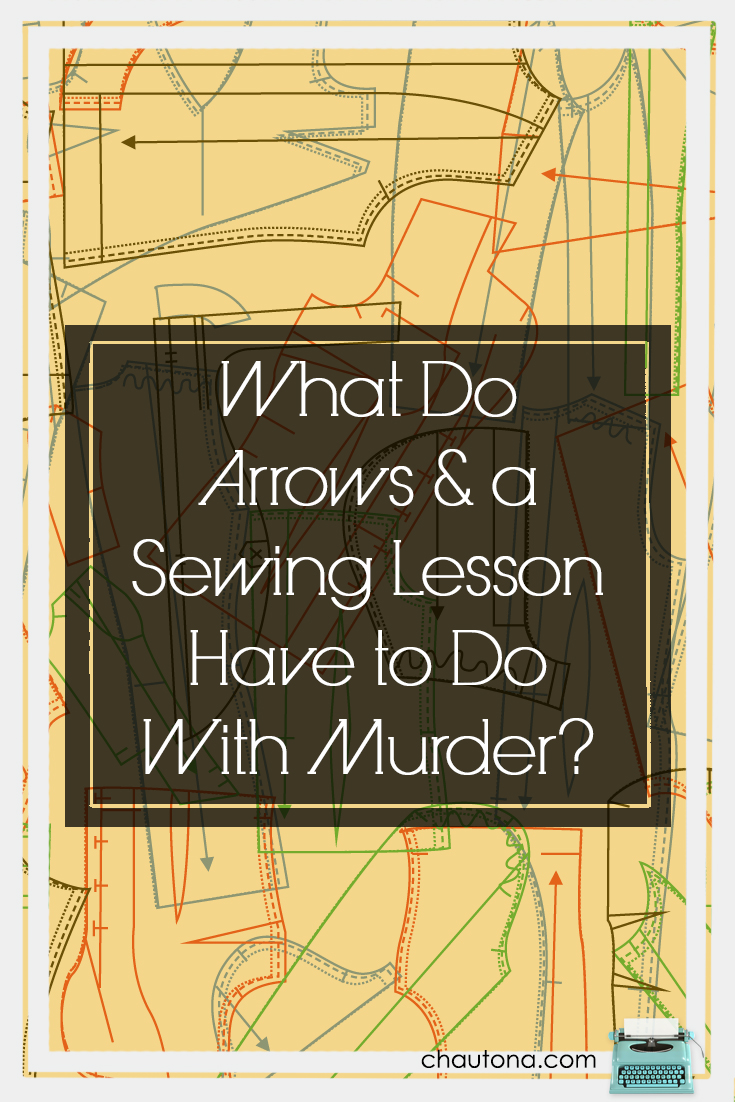 Links in this post my be affiliate links which provide me with a small commission at no extra expense to you.

I stared down at the pattern. My arrows zig-zagged all over the place—ON STRIPED FABRIC. A glance at the directions showed all arrows going exactly the same direction. Straight up and down the fabric.

You know, if I’d been doing this for the first time in 2017, I could have just zipped on over to “the Google,” as Mom calls it, and looked up why. Instead, I grabbed a thick sewing manual I’d bought for a buck at Pick-N-Save and flipped through it until I found a section on laying out patterns.

A couple of minutes later, I flew down the stairs—the same stairs where Mom had thrown a joke at me a few months earlier. “The book says that the long, smooth edges are called selvages. The arrows are supposed to run parallel or the dress might hang wonky or the stripes going in weird directions.”

Here, I can guarantee Mom took a puff of that cigarette. Man, I hated those things. “Well, like I said. I don’t know anything about sewing, but they looked important.” She blew a puff of smoke.

That’s when I suspected that Mom knew more about sewing than she’d let on.

What does this little sewing lesson have to do with mysteries and murder?

Well, see. This was a test dress. I’d only decided to learn to sew because I’d also decided that I wanted Nancy Drew’s wardrobe. In 1982, you couldn’t buy trim, neat clothing from the 50’s. I had Gunne Sax skirts and preppy tops with ruffles that my parents hated. When they found out I wanted a sewing machine to make clothes like that, they got me one. 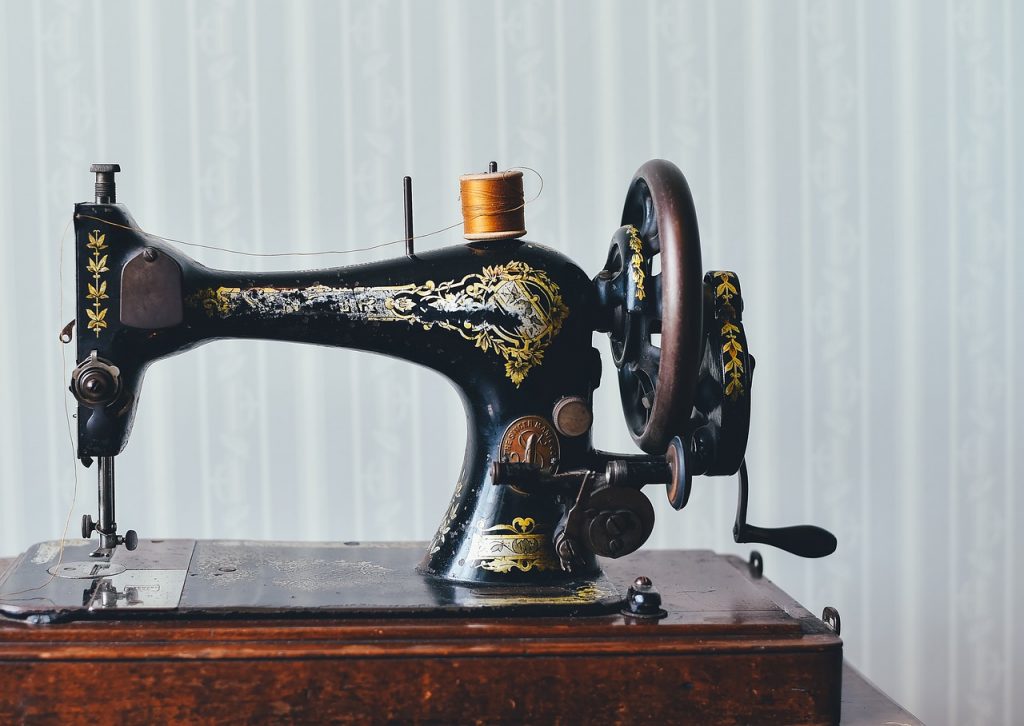 Yep. I cut my reading teeth on Nancy Drew and didn’t stop there. I read all the youth mysteries—Bobsey Twins, Trixie Belden, Hardy Boys, Meg Duncan (she was a fave, too), and when I got a little older, Phyllis Whitney.

I loved the challenge of seeing events play out—and figuring out why. Why told me who. You get to where you can figure out things rather easily. But if you make me doubt my ideas, that’s good enough. I love that.

Is it any wonder that one of the first books I conceived was a mystery?

I’d never put the ideas together until I began working on this post, but really… is it any wonder that I gave that author a love of vintage fashion?  All those literary and wardrobe inspirations? Too funny. But those arrows on that pattern? They taught me pretty cool lessons as a kid. Like Mom said:

Those arrows are there for a reason.” 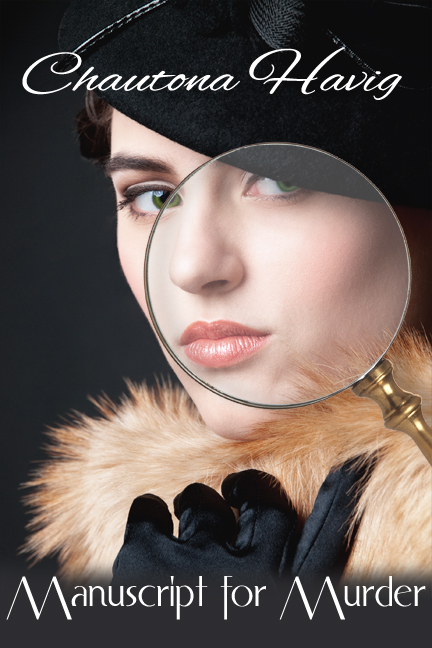 Isn’t that what God’s directional arrows in His Word are like?

They’re there for a reason. They keep us from getting all wonky. It’s why Alexa Hartfield from Manuscript for Murder writes the kind of books she does. I never could, but as she says when she describes telling someone why she writes horror/suspense,

I tried to describe a world where we never see justice—where sin surrounds us, but the only response we see is a sweet romance or a heartwarming tale of doing good to our neighbors… And God is a God of more than love and mercy. [He’s also a God of] justice.”

Alexa writes what she does to help people sort out those crossed arrows and see that there is a point to it all—that eventually justice and mercy converge paths into one rather than crisscrossing all over the place, trampling each other. She doesn’t write Christian fiction, but I don’t know how a Christian can write fiction without some part of faith shining through. In Alexa’s, and I hope in mine as well, there’s an overarching theme that illustrates that the Lord hasn’t forgotten the people He created.

It’s one reason I wrote her story–to share how I feel about books that deal with evil–that and to share my literary and wardrobe inspirations.  Shh… don’t tell.

So tell me, why do YOU like mysteries.  Or, if not, why not?

Previous Post: « I’m Sick to Death of Opinions, but Not Why You Think
Next Post: One Woman’s Epic Win in the Format Battle »