People who know me personally, know that I’m not much of a romantic.  In fact, as much as I don’t like to admit it, in Austen’s Pride and Prejudice, I am probably most akin to Charlotte Lucas who said in the 1995 A&E film adaptation, “I’m not romantic, you know.  I  never was.” 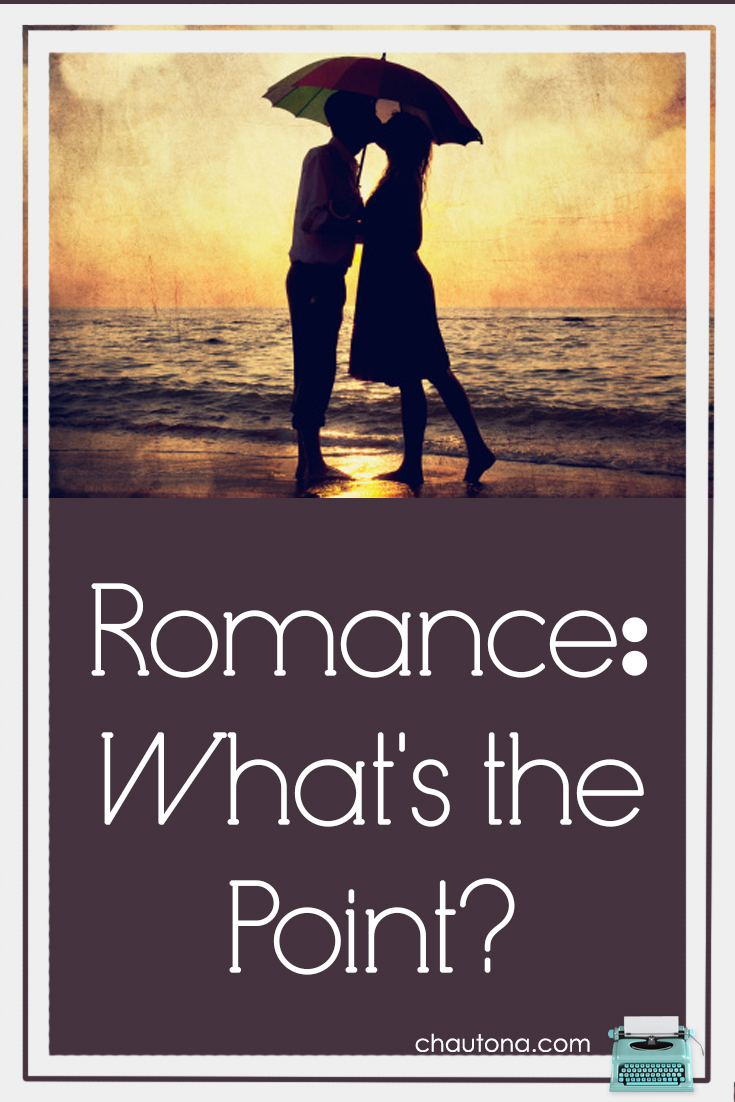 In fact, I tend to skip the sappy parts of books to get to the rest of the story.

So why does a self-professed unromantic author write books with romance in them?  Well, if you had told me in 2000 that the book I was starting would end up having romance in it, I would have laughed.  I was determined not to “go there.”

Why?  Because my favorite books–most of them anyway–were my favorites because of the non-romantic elements.  I loved Isabella Alden (Otherwise known as “Pansy”) because when she did put romance in her books, she faded to black before it had a chance to move at ALL into the gray.  (Can’t imagine what she’d think of the current “grey phenomena”).  In fact, in one of her books, Eighty-Seven, a couple is going to have a romantic discussion–just a discussion!  And in omniscient narrative she says something to the effect of, “Well, this is none of our business, so let’s go see what’s happening over here.”  LOVED it.

Imagine my surprise when romance entered Aggie’s life in Ready or Not (that first book written in 2000 that I mentioned).  I wanted to leave it out. But when it refused to go, I then tried making it comic relief–and something Aggie didn’t want to mess with.  I didn’t blame her.  I mean, seriously, she’s busy enough with eight children.  Who needs or has time to sort out entanglements of the heart?

But something happened as I tried to write my idea of a fun Christian novel.  I learned a little about why authors like me put romance in books–authors who don’t read books for the romance (unlike certain daughters of mine who won’t touch a book without romance–and who don’t consider my books romantic enough for their tastes.  Hee hee!)

Romance belongs in Christian fiction and not just because Scripture paints the picture of Christ’s love for us with a romantic brush.

See, I knew you thought I’d go there.  And while there is truth to that, it’s not why it worms its way into the heart of my books.  No, romance belongs in Christian fiction–really almost any fiction–because it’s a part of life.  And if you try to remove any core element of life from any book, you remove life itself from that book.

See, I have romance in my life.  I’m a romantic in my own way–just not the way  most people envision it.  So, I always say I’m not.  No, my husband doesn’t bring me flowers.  He doesn’t tell me I’m beautiful or arrange for dates with candlelight dinners.  It’s probably a good thing.  I’ve often joked if he ever came home with flowers or a gift, I’d tell him to tell the other woman that it’s over.

But my husband loves me.  He shows it by going to work every day–when he’d rather be here.  Yeah.  Here with me. That’s romantic in my book.  He used to do it with what I called the “Three Ds.”  Dinner, dishes, and diapers.  He’d come home after a ten-hour day at work, make dinner, do the dishes, be on call for diaperectomies, and I’d get to go read a book, go make porcelain dolls, or go laugh at Denny’s with a friend while we waited for the servers to finally remember to serve us.

That was back in the “trenches” of motherhood, as I like to call it.

Today, he does it by indulging my love of writing and ensuring the kids don’t forget to take out the trash or folding the laundry–things I should do while he’s at work and forget.  Because I’m lost in an imaginary world where I make characters do things I wouldn’t know how to handle.  Things like having a man just look at her or touch her face just because.  Things like having a woman cry over the beauty of something or because her feelings are hurt–things we just don’t do around here.

My men compliment their women sometimes.  I’d take my husband into the doctor if he did that.  My men arrange for dates.  My husband and I never dated.  We went from best friends to engaged in the turn of what I fear may have been a rhetorical question.  My husband loves me enough not to tell me if it was.  My women dress up and try to be attractive, attentive, and engaging when the time is right. They do it because this is normal.

It’s not their fault that I’m not.

Aggie would have been a fun book without her falling in love.  Luke could have been a best friend forever.  But it would have been lacking.  It would eventually have fallen flat.  Why? Because God designed us to have multifaceted lives.  And if you neglect to cut one of those facets, that life doesn’t shine and reflect His light fully.

And isn’t that the point of everything we Christians do?

Try to help others see the light of God shining through a dark and unloving world?

It’s a lesson I learned in writing.  I learned that romance, even for its own sake (cannot believe I am typing this) has a purpose in our lives.  Whether we’re living it as a participant or observing it from afar, it enriches us.  Sure, classic or traditional norms of romance make some of us miserable. But despite that “misery” we’re blessed by it.

So, I’ll keep writing my “Christian romance” and try not to wince at the words every time I see them.

Previous Post: « Preach It, Baby! Uh, no. Don’t. Just Don’t.
Next Post: Meet Ella & See What the Editor Says about Her »