Did he do it?  He’s a philandering cad, but is he guilty of fraud?  Of swindling?  Of murder?

For months these questions have battered my brain as I’ve sent Madeline on the trail of a new pseudo-mystery in her quest to learn just how to use these skills she’s still only discovering. Franky, my brain needed a rest from murder and mayhem in Rockland.

I signed up to be a part of the Celebrate Lit blog tour for Murder on the Moor! There was just one problem. I’d never read any of the Drew Farthering Mysteries, and this certainly wasn’t the first in the series. 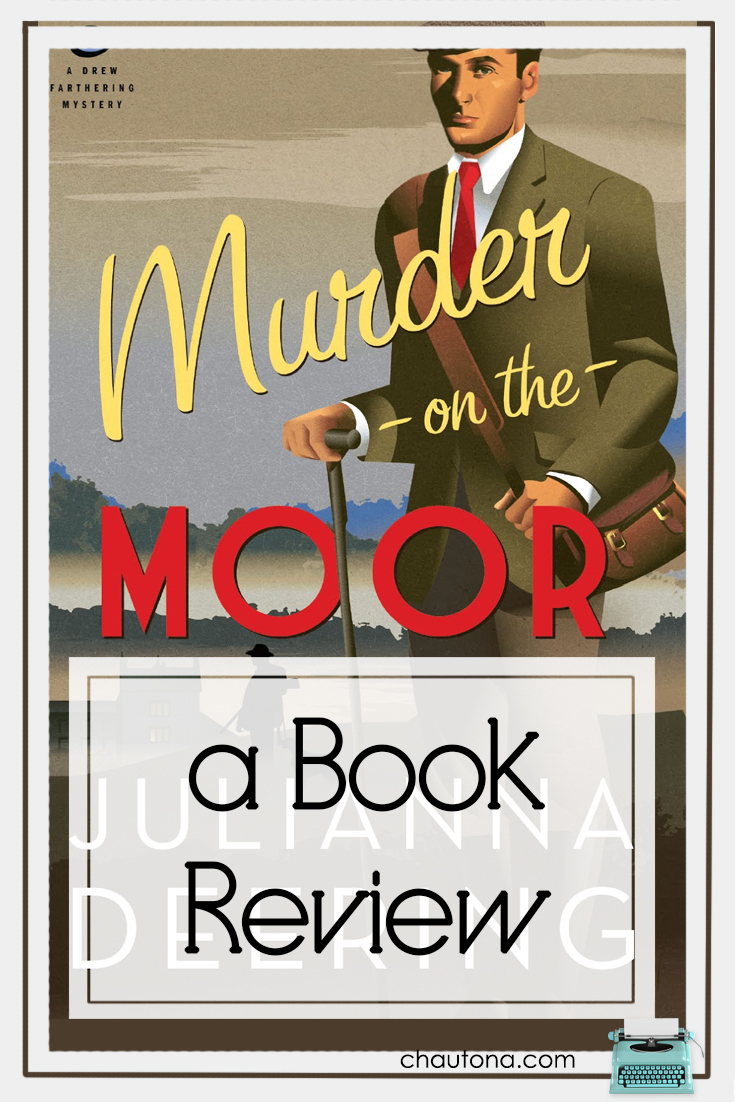 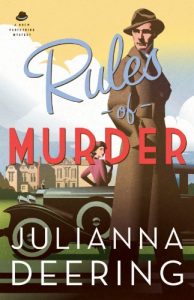 I went to buy that first one, of course!  And, shocker of shockers, I’ve already purchased it.  Two and a half YEARS ago.  Ahem.

Look, I didn’t want to have any HUGE spoilers in book… five?  Six?  Whatever this one is.  I can’t recall and I’m too lazy to look it up. But, I pulled up the first book on my kindle and started reading.  It’s a rough sacrifice, reading two books for one review, but a gal’s gotta do what a gal’s gotta do.  Stay tuned for my review of THAT book next week.  For now, let me just state that I strongly recommend reading the series in order. While the mysteries are not interconnected, and the author does a fabulous job of weaving the backstory into the current one without overkill, let’s face it. There are spoilers when you’re this far down the road.

For me, this just means that I’ll enjoy finding out what happened during all those delightful and unexpected little spoilers.  Onto the more interesting bits, shall we?

My review of Murder on the Moor:

Julianna Deering has created a truly delightful series set in the era of mystery’s “Golden Age.” In fact, this series is so well done that I consider it on par with the skills of Agatha Christie, Dorothy Sayers, and Margery Allingham.  While the language and style of prose fits that of a modern novel, not once did I feel as if I was jerked out of the time period into the present–with either of the novels I read. This so rarely happens that I had to note it right off!

Excellent. Ms. Deering led us a merry chase around the Yorkshire moors, throwing just enough red herrings in there to provide a nice feast without so many that it stank up the plot–so to speak. I did guess who did it in the first moment I could have–and why!  However, she made me doubt my thoughts at every. Single. Turn. No joke. Just about the time I was sure that the person who had to be behind it WAS… someone else, even the least likely, most obvious suspect, made me question how I could be so stupid.

This is, in my not-so-humble-opinion, the mark of a great novel. It’s even better than not guessing at all.  If you can hand me the suspect like that (I am usually rather good at picking them out) and make me doubt? That’s a million times better than just throwing up someone at the end who should have been obvious and never was.  Those are fun, too.  But this is my favorite. And she did it in grand style. 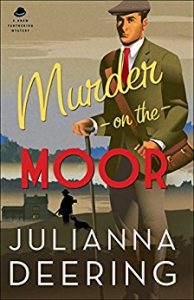 I don’t always review cover art.  After all, it’s not quite fair to the author. He or she doesn’t always have much of a say in it. But KUDOS to Bethany House for this fabulous artwork. Every time I see one–EVERY. TIME. I want to stop and read it.  Right now. And you know what?  Now that I have, I see binge reading in my very, very, like starting MONDAY very near future. The fonts, the almost WPA style artwork. Yeah. It draws you into the era perfectly.

Drew Farthering is a delightful mixture of strong, mature man and impish boy who never quite grew up. Think what would happen if you matched Bertie Wooster’s charm and cheekiness with Jeeves’ brains. He’s a delightfully imperfect character, and I thought this book rather showed it extra well. It’s extra fun if the main detective character keeps coming to similar doubtful conclusions just as you do.

Madeline, on the other hand, while cheeky and rather funny herself, is much more understated in it. Her personality helps balance Drew’s more overt personality, but she is no shrinking violet. I rather liked her, and I think she’d enjoy my own Madeline. They’d be great pals, although my Madeline would be much closer to 50 or 60 by the time this book takes place.

Nick, well he’s the token sidekick and like Bunter of Lord Peter Wimsey fame, he’s quite handy in a pinch. I think he gets to have the most fun sometimes, if you want the truth.  Can’t wait to read all the delightful things I’ve missed by not reading books 2-… however many I’ve missed before this one. I’ll be doing that soon.

Murder on the Moor is a fabulous tale involving multiple murders (every time you think you’ve seen the last…), down-right scarlet herrings, and more with a subtle message woven through it. That message?  Don’t jump to what you think are the “obvious” conclusions.  People are more complex than a series of clues to be assembled into a puzzle. And I’m not talking about murder at all.  🙂  Five happy, healthy, sparkling stars! Magnified with a glass, of course!