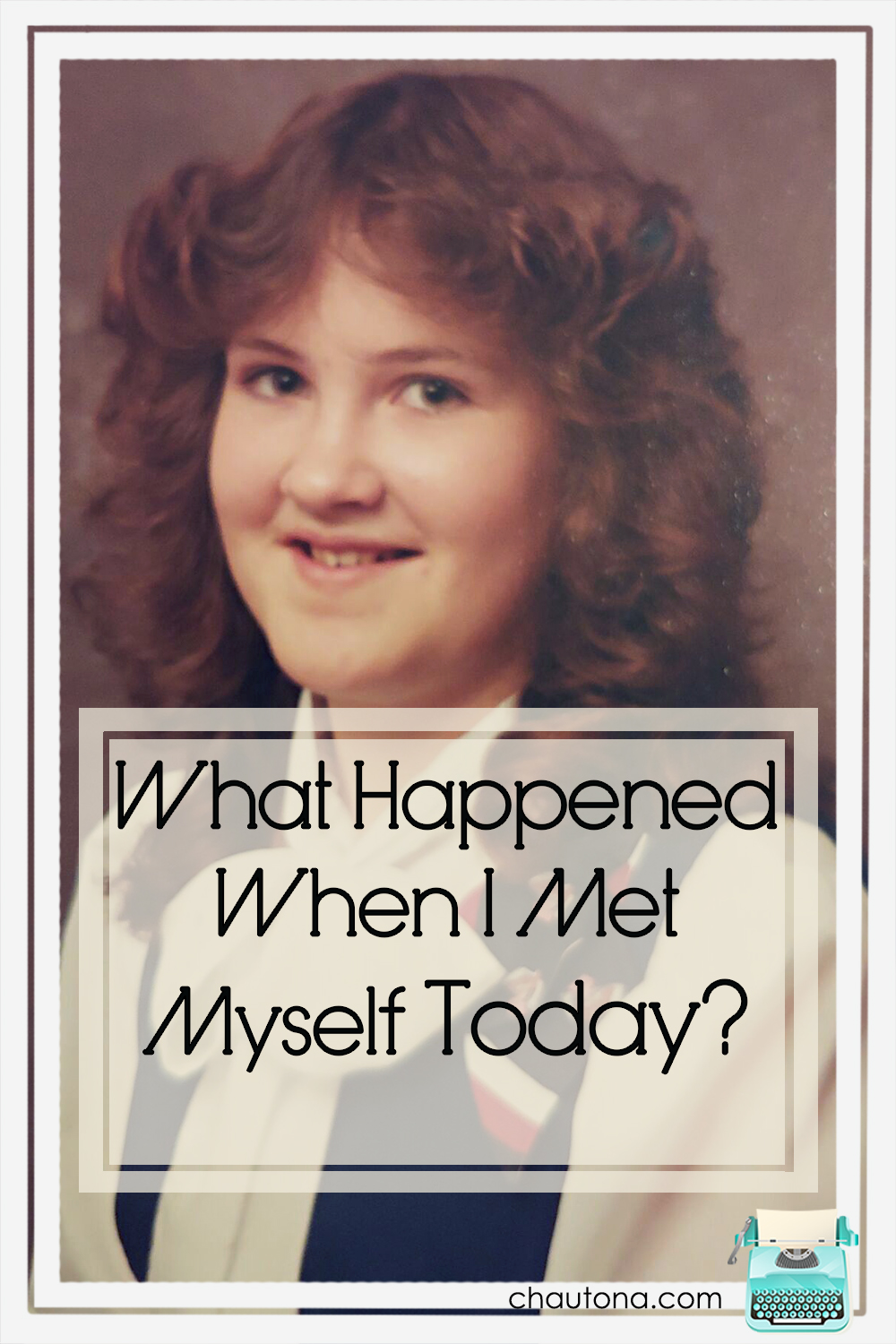 There’s something strange about coming “home” to Mom’s house here in Noel. See, although we lived here for almost a year when I was a teenager, I never lived in Mom’s house.  We lived one street over back then… and then on the other side of the bridge on Lorene Street, but that doesn’t matter, I suppose.

Still, I don’t know why it’s so, but every time I come to Mom’s, it feels as if I’m coming home.  While there is truth that anywhere Mom lives is home, that’s not what I mean.  It’s just that this whole town—everything about it from the craggy bluffs, to the hint of sulfur in the water, to the green everywhere and the people—says “home” to me in a way that many of my childhood towns do.  This one just has an extra infusion of it.

Each street, many of the houses, the stores, and corners have memories that greet me wherever I go. 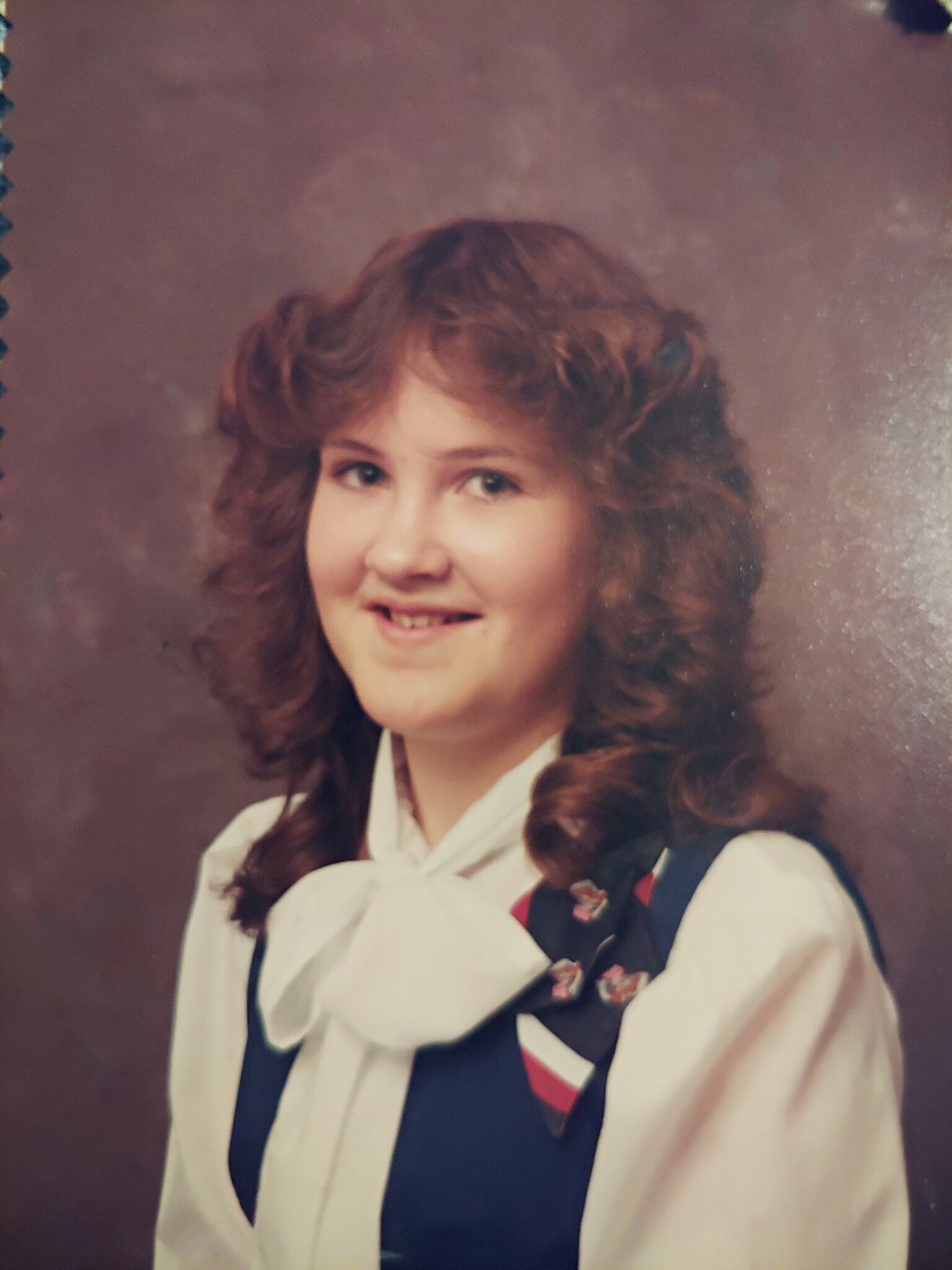 I met myself by the little church of Christ over on Short Street the other day.

I’d taken off for the post office—Mom’s got a thing about getting that mail as soon as it is in the box. A stiff breeze mingled with muggy air, and in the distance, the sound of a train competed with the low, rumbling drone of a lawnmower. The scent of cut grass lingered in the breeze as I stepped out of Mom’s door.

As I rounded that corner, there she was—fourteen-year-old me. I recognized her outfit.  Plaid shirt—I’ve always had a weakness for plaid—brown corduroy skirt, blue loafers. Her hair hung past her shoulders and swept back from her face in waves.  “Flipped” we called it back then. She held a small, skinny glass bottle of orange juice just as she often did back then.  Tropicana.  Always Tropicana.

We wandered up well-named Short Street, and she told me about herself—about her hopes, her dreams, her ideals.  How she struggled to understand the differences between the four churches in her life. She told me about a woman at church who always pulled out a Bible for every question she ever asked. “It’s frustrating sometimes,” she admitted. “Sometimes I just want to know what she thinks.”

I didn’t have the heart to tell her that soon she’d get frustrated with dear Mrs. Strickland and say that aloud.  She’d say, “I don’t care what the Bible says. I just want to know what you think.”  And then she and Mrs. Strickland would exchange amused glances as the words register in her mind.

It would happen soon enough, and then she’d know.  Instead, I said, “That’s something you’ll treasure someday. Trust me.”

I suspect she didn’t believe me, and really, I’m not surprised.

Fourteen-year-old me was used to being considered wise beyond her years.  She probably thought she knew her better than I could.  Bless her heart.

My walk continued alone, left on Gratz Street and right on St. John. Back when I was fourteen, I didn’t know the name of that street. On this trek, I had to look at the sign to find out.

I met myself there on the corner of St. John and Main Streets.  Fourteen-year-old me wore a plaid, pleated, bias-cut, wool skirt and a sweater—hair up in a ponytail.  Bangs “feathered.” That’s what we called it back then.  She sipped on orange juice again. Fourteen-year-old me was in no danger of scurvy, I can tell you!

She pointed out Grandpa’s old house catty-cornered from us and said something about how he wasn’t home right now.  In that bleached brick house with its white trim and green lawn, I saw a place Grandpa had died in over twenty years ago.

Instead of Grandpa mowing in his shorts, socks, and an undershirt, a father played in the yard with two young children and a dog.  The mother sat on the small porch, watching.

Cars rolled down the street in the same lazy way they always have.

Fourteen-year-old me explained how sometimes the older kids went cruising up and down the street on weekends. She said, “Sometimes I spread a blanket out in the yard and lay on it, watching them pass back and forth.”

I left her there at that corner and strolled down Main Street, past the Episcopal Church, and to the Noel Post Office.  As I turned away from Mom’s box, a wad of catalogs and other junk mail in my hands—mail that made me think of my short story in A Short Week, “The Card”(get it free here!)—I met myself again.

Fourteen-year-old me breezed in wearing a green baby cord circle skirt and a prairie blouse, sprigged in tiny green leaves against a white background. Her hair was down again—it usually was back then. In her hands were a fistful of envelopes—letters to her friends back in California.  Noemi, Derek, Una Mae…

“I just got a cassette from Derek, so I wrote a quick letter. I’ll record my next letter to him later. We do that sometimes.”

She told me how she’d just finished reading The Mystery at Lilac Inn for the umpteenth time.  “I want to write like that someday—better, really.  But I definitely want to write mysteries and stories that make people think. Wouldn’t that be amazing?”

It won’t surprise you to know that I had to repress an indulgent smile.

I knew something she didn’t.

“I want to write words in a book that someone on the other side of the world might read!  Maybe it’s someone just like me… or, maybe someone as opposite from me as can be.”

Fourteen-year-old me gave a little sigh. I knew that sigh. I remember it. It meant she didn’t think it would happen, and she wanted it to—more than anything.

If I could have, I might have told her a secret—something she couldn’t have imagined if she tried.  Not only would people on the other side of the world read the words she wrote, but she’d make friends of them.  She’d pray about their troubles and trials.  She’d rejoice in births, mourn deaths.

Someday, fourteen-year-old me would be almost fifty and have over seventy books in print.

A couple of days later, I sat in a restaurant over across from where they’ve moved the grocery store. It’s not G&W just down from the post office anymore. No, now you have to drive down over the bridge, up the highway, and cross another bridge.  But there’s a little cafe over there.  Cliffside.

While I was eating a mushroom and swiss burger, I met fourteen-year-old me again. She was eating french fries at a table across from me.  I offered to let her join me.

Oh, the dreams she shared with me.  College—Bible school.  Both.  She still longs to be a missionary. In her mind, that means she’d go to places with spiders the size of her hands and learn languages her tongue wouldn’t want to cooperate with to pronounce.

The fourteen-year-old me I met today doesn’t understand that you can be a missionary right at home, in seated on your bed, typing out “lies about God.” I won’t disillusion and dismay her by trying to explain that.  First, she has such hopes and dreams.  Second, I think that “lies about God” might get me tuned out permanently.

Yesterday, I drove out of town toward Southwest City—for ladies Bible study.

I saw fourteen-year-old me walking along the road, her light plaid prairie skirt swishing in the breeze. I knew exactly where she was going. The Strickland’s Limousin Ranch.

It’s about a five-mile walk, but fourteen-year-old me never minded. If I know her as well as I think I do, she was singing as she walked.  Hymns, old family ballads, country songs our cousin Kelsey taught us.

At the Strickland Ranch, I slowed. I met fourteen-year-old me there at the mailbox. She hung one arm over it and told me about the cattle with an extra rib for more meat. Excitement nearly bubbled over as she talked about the singing at the Soul-winning Workshop in Tulsa. That girl does love to sing.

I met myself here in Noel.

Not only that, I learned a lot about her. You know, not much has changed in the past thirty-five years—and everything has. I still tend to think I know more than I do. My heart is still stirred by Bible discussions and singing. All of those dreams about serving the Lord, writing, and teaching others about Jesus?  They never changed.

And yet, I did. Time has taught me patience with people who don’t see things as I do. I have a houseful of children and grandchildren—people who, back then, I never expected to have in my life. How I lived out those dreams changed because of who God made me to be.

I met myself today. For all her faults and virtues, all the differences and similarities, it was nice to get to know her again.  Fourteen-year-old me was quite a character.  Yeah… like I said, not much has changed.

I’m curious. Have you met yourself somewhere? Did you turn out to be an old friend?