Three little girls. Two with blond, curly pigtails. One brunette with cute swinging bob. They wear bicycle shorts and swingy tunic tops. Frankly, they look straight out of an Old Navy commercial. Laughing, giggling, they weave through the aisles of Walmart with their mother. “Can we get water balloons?”

A flicker of exasperation—just a tiny flicker. I doubt any of the girls could see it had they not been standing right where I am. “Sure! Maybe we should get bubbles, too.”

“Those are for little kids.” The darker-haired girl sniffs with the air of one very aware of her age. Prompted by a recent or upcoming birthday, no doubt.

“Not if you find big things to use to make huge bubbles—like hula-hoops or plastic tubing or something.”

The desperation in her voice—I recognize it. You’ve planned this for months, and the others’ll balk if she does.

Translation: That sounds cool, but I can’t show it. If any kids from school see us, I have to save face.

When my need for toilet paper takes me to the other side of the store, I silently wish them happy bubble blowing and water balloon throwing. Stay little while you can, girlies. You only get to be a child once, despite what Hollywood tries to tell you.

All the way to paper goods, I pray for this mother—that these days together will be favorite memories for all of you in twenty years. 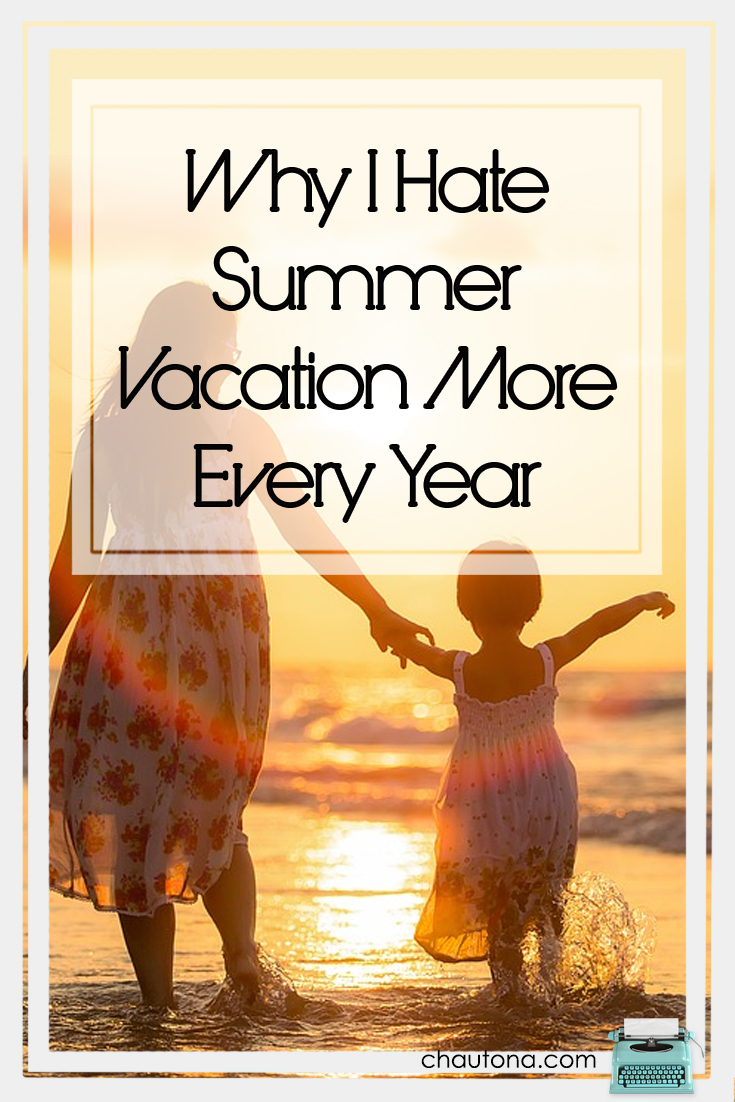 Note: links in this post may be affiliate links that provide me a small commission at no extra expense to you.

Look, I wasn’t good at this as a mother.

I didn’t play as a child, really. I don’t know how to play. But I did try to facilitate play for my kids. And they did. They made forts, created ugly crafts that they sold door-to-door for pennies. When no one wanted the ugly crafts, they came home, grabbed their adorable little sister, and took her with them. They cleaned up. Just sayin’. Who can resist an adorable two or three-year-old asking if you wanted to buy this stick doll?

The money they made answers that question clearly. Not many.

By the time I arrive at checkout—with lines that rival Black Friday but in June—I’ve forgotten about her and the girls. The quest for items in a store twice the size of what I’m accustomed to can do that to a gal. And to think I thought I’d like our new Super Walmart better than the old one. HA!

But there they are. The girls now chatter with another little girl and a boy about the same age as the youngest blondie. I don’t know what they’re discussing. I can’t hear it. The mothers’ conversation drowns out everything but the loudspeaker calling for associates to the register.

—out for one week, and I can’t wait for August. I’m getting up a petition for year-round school with just Christmas and Spring breaks.”

The trio’s mom nods at nearly every word the woman speaks—a constant bobbing that reminds me of those bobble head toys. “Right? I’m going crazy. They won’t leave me alone for five minutes. My Starbucks card is empty—and it’s only the second week of the month. They were in school that first week!”

The exchange? Familiar. It happens every year.

You know, I don’t remember hearing this when my oldest kids were little. I’ve asked older adults, and most say they don’t remember it either. But somewhere around the time my oldest kids hit eight or ten, I recall hearing parents, at the beginning of August, waxing eloquent when their kids were out of earshot. “Two more weeks—three. I can’t wait for them to go back to school!” That’s when the first Staples commercial emerged, too.  “It’s the most wonderful time…”  UGH. 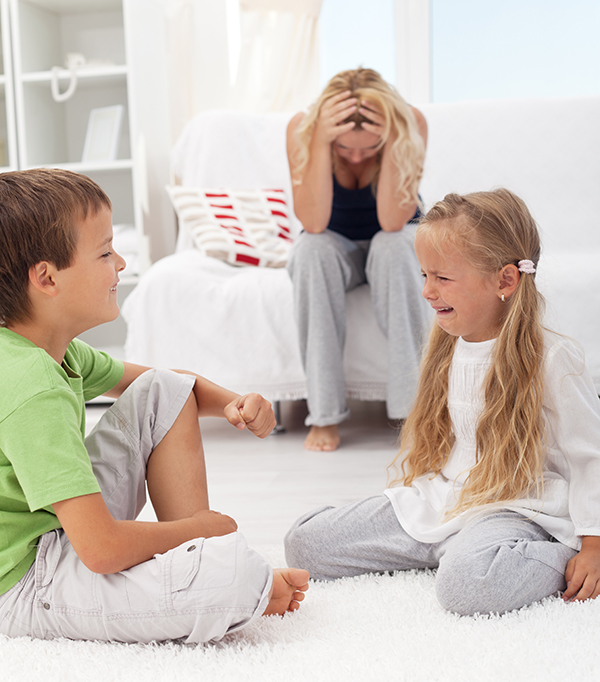 A few years later, I noticed parents no longer tried to ensure their kids didn’t hear. Then they spoke openly.

In recent years, it’s been even worse. Now, I hear it before school lets out! Beginning in May, the groans and complaints begin. I’m not talking about parents who have to arrange childcare for their children. No, these are “stay-at-home-moms.”

“I’m already going crazy, and there are two weeks until the last day of freedom.”

That’s bad enough, but do you know how many times their kids are standing right there hearing every word?

Social media makes it even easier. In an effort to show some discretion in front of their kids, some moms save their “trauma” for Facebook and Instagram rants. My feed is already full of people wailing and whining that they will be expected to provide some sort of entertainment for their offspring over the next few weeks.

You don’t have to entertain them. Just be with them. These weeks are a blessing—if you’ll let them be. Time to talk, laugh, play games. Cook together, garden together, visit the park, the beach, the movies. Get in the car and take a long drive, singing all those silly songs that make road trips so fun. Stop at a wayside stand, get an ice cream or a cold drink. Drive home. It’s cheap, but it’s fun. 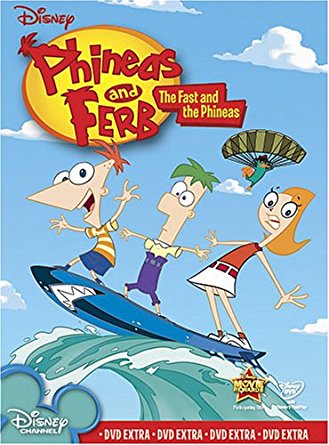 Just please, whatever you do, don’t wail about what a chore it is to be with your kids. They hear it. They know it. And it doesn’t matter if they say a word or show even a hint of response, it affects them.

Oh, yeah. And those Facebook or Instagram rants? That funny photo you had one of them take of your frazzled appearance after a windstorm turned your hair into an entry for a mad scientist look-alike contest. The caption: Grateful that there aren’t 104 days of summer vacation—and that my kids aren’t as smart as Phineas and Ferb. 72 days and counting…

Your kids will see it. They will. You’ll let them play a game on your phone at the doctor’s office while you get Joey’s sports physical. They’ll scroll through the open Instagram app and see it. Or, they’ll see if Grandma commented on the picture of their epic cardboard fort. And instead of gushing astonishment at their engineering ingenuity, they see the picture. The caption.

It might not make them feel bad. But you’ve normalized the idea that kids are a nuisance. It’ll stay with them longer than either of you could ever have imagined.

But every single time you allow yourself to vent, it becomes easier the next time. And easier again. And again. I think that’s why at this point in my life, it seems to be some sort of warped badge of honor to wail about the injustice of having to spend day after day in the presence of one’s own children.

Oh, and those kids at the store?

The little blond girls don’t hear their mother, but the older sister does. I watch as she takes in the exchange. Her eyes shift to her siblings. Ten minutes earlier she’d been happy to interact with them, but I watch it happen. She edges away—at first, closer to her mother. But another outburst explodes about how nothing is sufficiently grand for the girl’s tastes. And at this point, she turns away to stare at the candy rack.

In one fluid movement, the mother’s arm shoots out and swipes three into the cart—all without even a break in the harried discussion of the countdown to freedom again.

The look of triumph on the girl’s face looks hollow.

Is it any wonder why I can’t see the humor in the popular Staples commercials?

I don’t mean to condemn but encourage.  When people tell you, “These years fly by so fast,” it’s true. I’m not negating the stress that can come with 24/7  immersion with young people with more energy than you could dream of possessing.  I’m just asking you think twice before you speak indiscriminately.

And let me say it again:

Negativity begets negativity. Every time you say or think something harsh, unkind… negative.  Every time.  It makes it at least twice as easy to do it again.  And again.  And that becomes a habit that takes so much more to eradicate than it did to develop.  I beg you.  Don’t.

P.S. Check Sodbuster Living’s YouTube channel.  Challice has great content for fun thing to do, good books, and just encouragement.  She has a gift for encouragement.

Previous Post: « Who Are My Cheerleaders? These 7 Fabulous Folks
Next Post: What Book Would Make the Best Last Literary Meal? »