Prince Edward Island Dreams.  Well titled. The page rustled as I turned to read the last words. Satisfying—not just in that everything worked out the way I thought it should, but the deeper, richer elements coming together at the right moment… not just some moment.

I set it down, my thumb swiping off a fleck of lint as I did. The last of a series—a great series.  Always so bittersweet. A flood of memories washed over me. The first time I “met” Marie. The typewriter. Caden’s sweetness—both her personality and the fruits of her hands. Adam’s ability to see what idiots overlooked. Natalie’s facade. Justin’s pain.

I did something I’ve never done after reading a book for the first time.  Though feeling just a little foolish, I picked it up again.  Read the opening lines, again. Immersed myself back in the story—again.

The word defines this book.  It’s that reminder that with the Lord, we get second chances at an authentic existence—a beautiful one.  A good one.  It means with Him, we do get do-overs.  It’s called repentance.  Forgiveness. 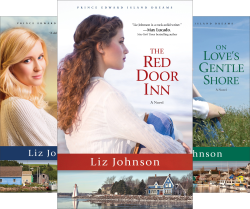 Choosing a favorite in the Prince Edward Island Dreams series—difficult.  But in a rare upset of expectations, the book that is usually everyone’s least favorite in a series, the second, is still my favorite. I loved Where Two Hearts Meet. Probably in part because it was such a strong and wonderful second book.  Definitely, because like most people, I relate to people who can’t see their worth the way others can.

But in this book. In this book, I see the person I so often became as a young person. That determination to force myself into the right mold because it looked “godly.”  There was—there is nothing I want more than to be infused with the Lord’s touch on my life.  And much like Natalie in this book, I often forced it rather than trusting that “He who began a good work” in me… well, He has the skills to perfect it in His time.

Mine is rather impatient. 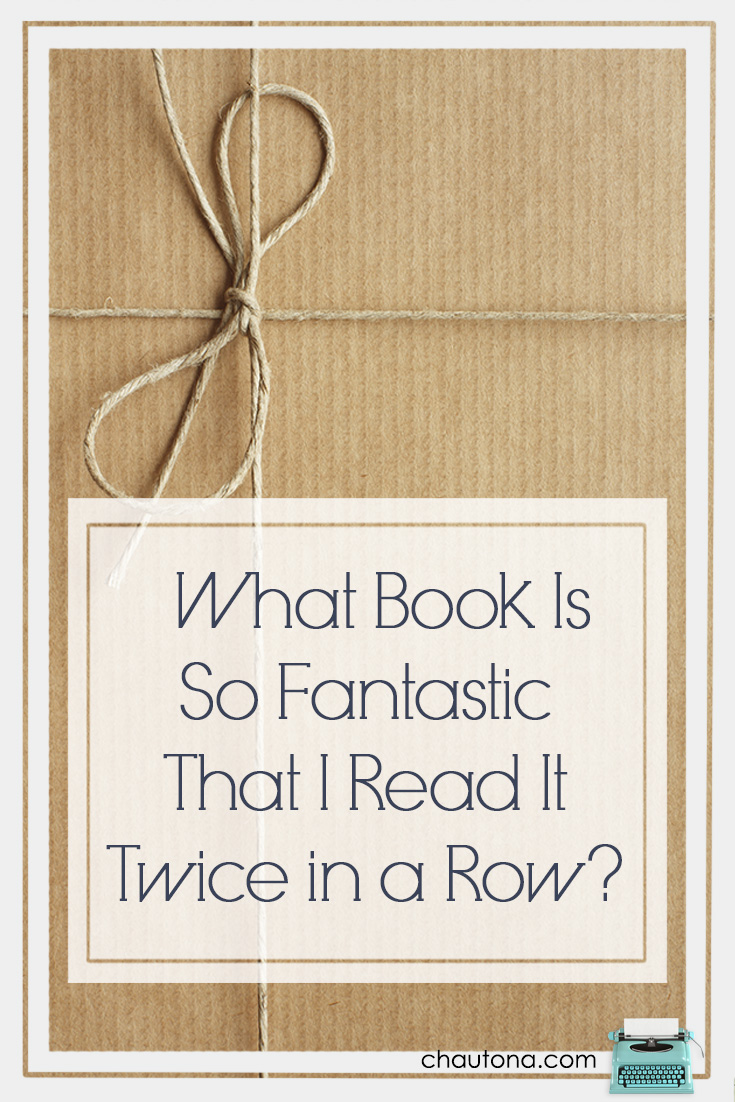 Links in this post are likely affiliate links that provide me with a small commission at no extra expense to you. And I begged with shameless abandon to review this book. The publisher graciously sent a copy. I’d have bought it regardless. They asked for nothing, but I give my recommendation wholeheartedly.

What Book Is So Fantastic That I Read It Twice in a Row? 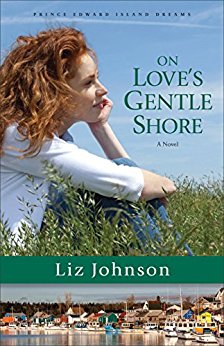 On Love’s Gentle Shore.  That one.

Fifteen years after she left Prince Edward Island, Natalie O’Ryan had no plans to return. But when her fiancé, music producer Russell Jacobs, books their wedding in her hometown and schedules a summer at Rose’s Red Door Inn, she sets out to put the finishing touches on the perfect wedding.

But she can’t possibly prepare for a run-in with Justin Kane–the best friend she left behind all those years ago after promising to stay.

Justin’s never forgotten Natalie or the music career he always dreamed of pursuing. He’d been prepared to follow her off the island until his dad died and he was left to run the family dairy farm. He’s done the best he can with the life that was thrust upon him–but with Natalie back in the picture, he begins to realize just how much joy he’s been missing.

After Natalie’s reception venue falls through, she must scramble to find an alternative, and the only option seems to be a barn on Justin’s property. As they work together to get the dilapidated building ready for the party, Natalie and Justin discover the groundwork for forgiveness–and that there may be more than an old friendship between them.

So inadequate. Sorry, but that synopsis doesn’t do the book justice. I doubt any could.

Confession: when I saw the title, I rolled my eyes. I did. Between it sounding like a knock off of the Janette Oke series (sorry, Liz… it did!) and just being the kind of sappy title I can’t stand, it just made me cringe.

And then Liz Johnson had to go and write a song lyrics that made it not only a meaningful title, but the best to showcase her story.

On Love’s Gentle Shore is deeper than the others in the series.  Yes, the first dealt with difficult subjects, the second with our insecurities, but this one… this one strikes at the heart of that we don’t like to think about or discuss.

But Ms. Johnson doesn’t just lay out the ugliness of life and show how people pick up the pieces. She shows how others try to help—and how sometimes those attempts fail.  She shows how deeply those uglies permeate into our very souls.

And I’ve rarely seen it shown so well as in this book.

I know I’m supposed to talk about characterization—fabulous, by the way.  And, I’m also supposed to let you know about story consistency and if she managed to get the setting right (perfect scores on both, just sayin’).  In fact, it’s true of all of the books in the Prince Edward Island Dreams series.

Sappy types will want to know if there are sufficient toe curling or “stick-your-head-in-the-freezer” kisses.  There’s one.  And it was one of the few I’ve ever actually read.  I tend to skim over those things.  I read this one. Well, the second time around, anyway.

It’s hard to explain why it was so different—why I could stand to do something that usually makes me uncomfortable. Look, I don’t know if I’ll ever be able to read it again. I’m not naive enough to think this emotional high will last forever, but as I read this story, I saw a beautiful picture of Jesus’ love for us.

And that kiss just seemed to mean more than hormones and endorphins and all that.

And the technical stuff?

The book is beautifully written with detail not only to the story, the setting, and the characters, but also to word choice and accuracy. Just the fact that she spoke in terms of meters instead of yards shows how well Ms. Johnson immersed herself into Canadian culture.

Memorable quotes—they abound. However, I can’t bring myself to share them. Out of context, they lose their richness.  That is how beautifully woven this story is.  But one line sums up just how authentic the characters feel.  I  mean, c’mon.  “…and he’d never wanted to punch a pastor more”? 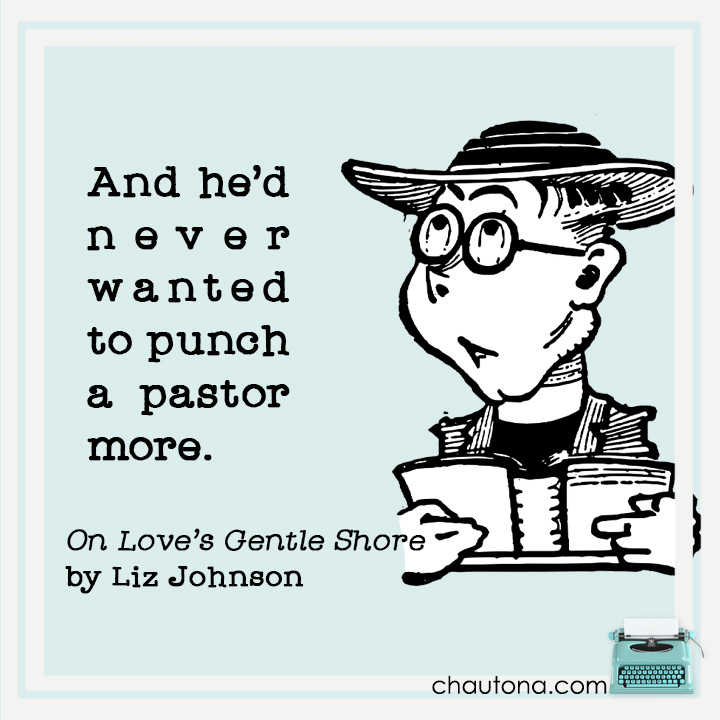 No hesitation at all in that assessment. Readers who love redemptive stories with strong, flawed characters and a generous dose of realistic romance will love this book.  I suspect readers who don’t will like it a lot, too!

Did you read any of the Prince Island Dreams Series?  Let me know. I’ll draw from one commenter and zip you a copy of this book. Just make sure you have time to read it all. You won’t want to put it down.

Oh, and stay tuned.  Later this week, I have an interview with Liz to share–about the writing of On Love’s Gentle Shore.  She spills all, folks.  Yep.  My blog will become a tabloid or something that day.  Well, sorta.

Previous Post: « Help Me? 5 Things I Want to Know about YOU
Next Post: A Day in the Life of a Weird Writer Living in a Dream World »