I promised a while back to write a bit about my gym journey, and I’m here to do it with why workouts stink.  Literally.  Look, I’m not a huge fan of the gym.  Never have been.  Probably never will be.  I’ve reconciled myself to this.  In fact, instead of having a goal of “loving workouts more than ice cream” or some such ridiculousness, my only goal is that by the time I die, I don’t have to convince myself to go every. single. day. 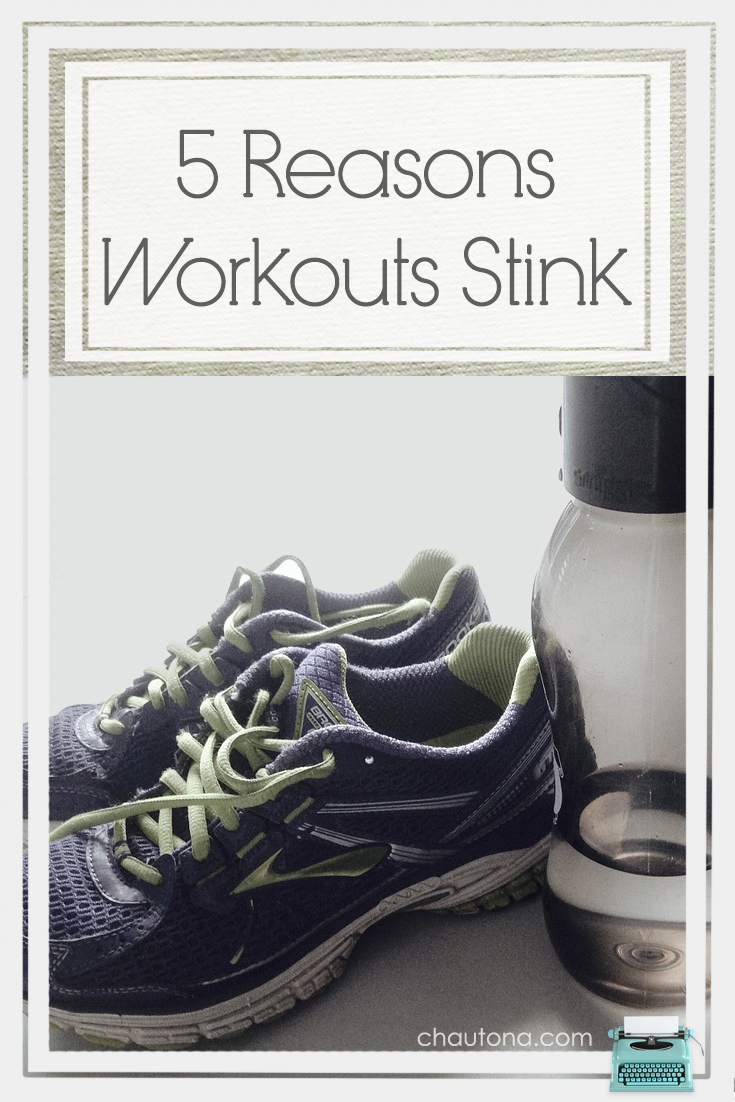 So why don’t I like it?  Well, there are quite a few reasons.  I’ve never been fond of excess physical activity.  I’ll walk all over the place in lovely weather.  Love every second of it.  But strenuous workout?  BLECH.  I realized that this was a big deal back in high school when our class was required to run down the street to the corner, over the overpass, back up twice as far as we’d already run down that first street—oh forget it.  Here’s an image for you. 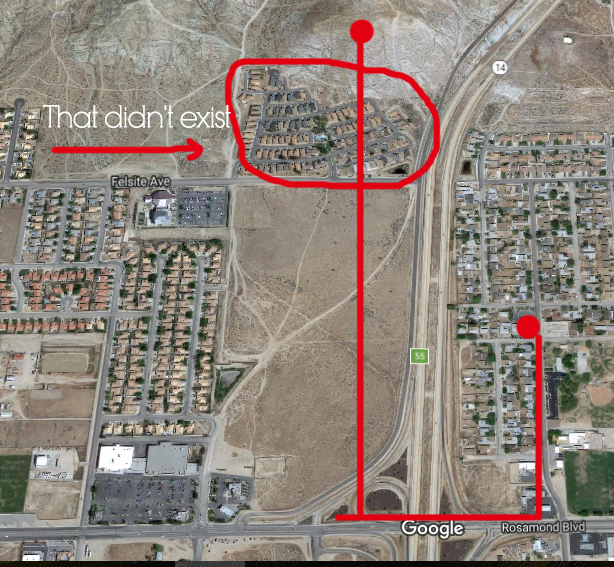 Okay, we started there on the right at that dot, ran down that street to Rosamond Blvd. and then over that overpass and up desert to the hill up there.  It used to have three crosses.  I was convinced they were in memory of students who died up there.  Okay, do you see those little white buildings at the top of that green field on the bottom right?  That’s about how far I’d make it before passing out.  Literally.  So, my school PE became vacuuming the school while the rest of the kids were running in our  (did I mention) DESERT HEAT, cold, or wind.  HUGE, GUSTY, WINDS (15 miles away, they blew over boxcars that year.  Just sayin’).

We always assumed it was the sun. I never did well in the sun.  In fact, a friend theorized that perhaps my body doesn’t process Vitamin D properly.  Well, this stupid gym foray (the third of its kind, I might add), taught me something.  Yes, you CAN still learn a thing or two at 45 (I was still 45 when I learned it).

You have to breathe when you are exerting yourself.  And if I do anything but think about breathing while exerting myself (except while walking), I do not breathe. I learned this as I was trying to recite the book of James while doing the circuit.  Everything started going black until I gulped in a bunch of air.  No. Joke.

So, here they are.  Five reasons workouts stink.

Well… this is where things get interesting.  People keep saying, “How much weight have you lost?”  The answer.

About 4 all over my whole body the first month and added a couple since then.  So 2 in 9 weeks.

This isn’t about me getting smaller.  Don’t get me wrong, if I happen to lose a size or five (yes, I CAN afford to lose five and still won’t be close to skinny), I’ll be grateful.  In fact, I might even take back the whole “workouts stink” thing (except for the literally part).

But losing inches or weight isn’t why I am doing this.

So why?  I’ll tell you.  Why will I tell you?  Because why else have you read this far?  C’mon.  I’m cruel to my characters but not my readers.

I was looking at my “Books” folder a couple of months ago.  Here’s some fun stats for you just so you can see why that is significant.

So what does this have to do with me and my workouts?  Well…

I figured the healthier I was, the longer my mind and body would hold out so I can finish more of these in the next 40 or so years.  Yep.  That’s my goal.  I’m working out, giving an hour a day to workouts that I hate, because I want to write more.

Workouts stink.  They do.  But not being mentally or physically healthy enough to complete the work the Lord has given you because you squandered it?  That stinks too.  Look, I’m doing this for my family as well.  I’m doing it because I need to be prepared to take care of my husband when he’s older.  All that is true as well.  But right now.  This minute.  What gets me going when I’d rather stay HOME AND WRITE is the realization that investing in the workout now will probably give me more time to write, and write better, later.

If you think I’m exaggerating about my reason for wanting to work out, check out my Six-Word Gym Stories on Instagram #6wordgymstories or over on Pinterest.  Here are a couple just for fun. C’mon, you know it’s true. It’s like NASCAR.  First you go left, then left again, and then left… Right??  To see more, step on over to the Pinterest board and read away. Laugh at my expense.  It’s a workout. I call it “inner jogging.” Yeah, the joke stinks ’cause workouts stink.  They just do.

Previous Post: « A Rebel in the Making: My Father’s Influence
Next Post: Why Coke Is the Most Dangerous Drink for Authors »