In this week’s blog post, we’re supposed to do, “Meet My Best Friend.”  Well… 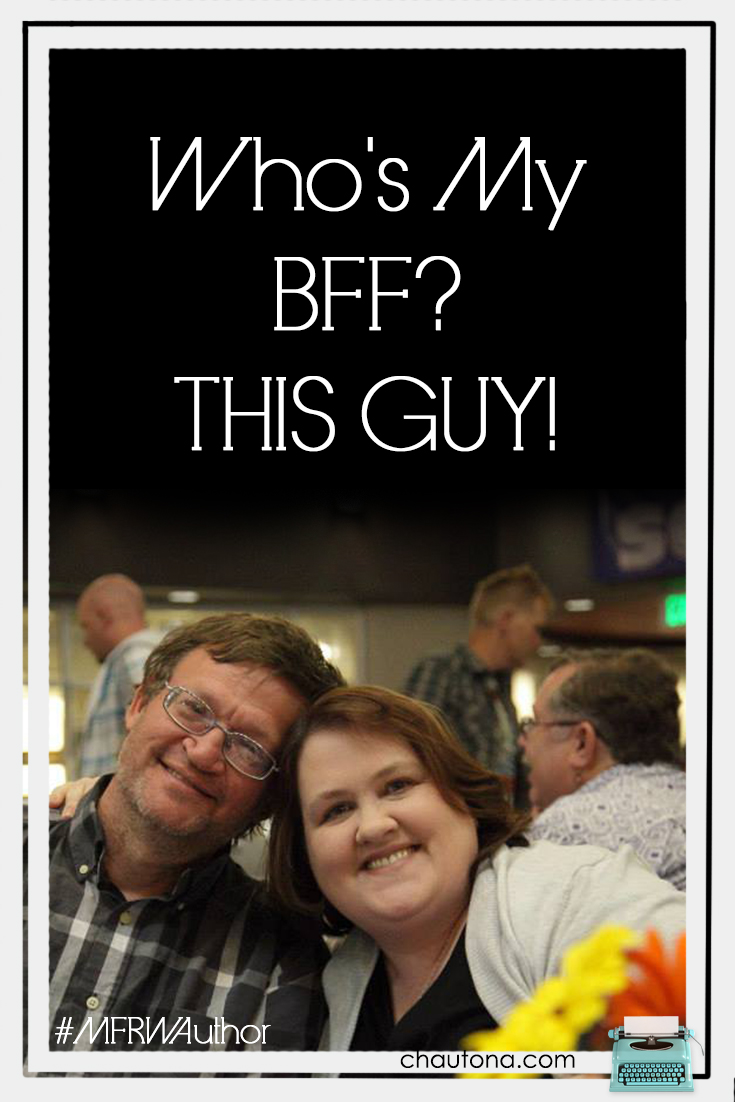 (note: links in this post may be affiliate links which will give me a small commission at no additional cost to you!)

I kind of feel stupid.  You see, I saw the whole “Meet my best friend” and went, “Um… how do I answer that?  Then I looked at my husband’s chair and went, “Oh, brother.”  Yeah.  I mean,  I married my best friend.  Who else would this be?

No really, I did!

You see, it went like this.  Way back in the dark ages, otherwise known as the late ’80s, I moved to Ridgecrest, California and met a guy at church.  We talked.  No really, we talked.  Like church ended at eight o’clock and we would stand in the parking lot, sometimes in the freezing cold, until eleven, twelve, one, two…

We were just friends.

People saw a romance that didn’t exist. No really, they did and it didn’t. One man talked Kevin into a ride home from work–and tried to convince him just how wonderful a girl I would be for him.  I suppose it was preferable to the “robbing the cradle” jokes that came later (I was 18 and he was 25 when we married), but when Kevin said he wasn’t interested… Yeah. It ramped up things. The matchmakers pulled out the big guns.

No really. They did.

Friends took me out to breakfast and told me what a great guy Kevin is (Duh).
How much he obviously really liked me (yeah… not hardly).
Why I should give him a chance (we were friends. I already had!)

I remember finally stopping the charade.  You see, I was trying not to laugh at them. I said, “You do know we talk about this–all this matchmaking.  We talk about it.  We laugh about it.  We’re great friends.  We like it that way.  Leave us alone.”

Yeah. I was rude that way.  Because you see, back in high school, I had a similar occurrence (you know a whole year earlier) with a good friend.  Everyone pushed us together until eventually, he quit hanging out with me.  I lost my best friend over the same kind of pushy matchmaking.  I wasn’t going there again.

They ramped up the matchmaking schemes double-time.  We laughed some more.  And life went on.

Months passed.  A year. “Just friends” morphed into “best friends.”  And one night, while we were discussing life dreams, I made a statement–one I meant with all my heart.  I said something to the effect of, “Yeah, I don’t see it happening. It’s simple. I don’t want to get married, and I can’t imagine ever meeting anyone to change my mind.”  Or something like that.

And my life changed in one question.

Kevin asked, “Well, would you marry me?“

Well, with the way everyone had been pushing us, my brain took it 100% serious, and I had two of those thoughts that happen faster than it takes to remember it.  One, this guy is a fool.  Or two, this is God.

Kevin is no fool.  Or so I assumed.  I may have been wrong about that. After all, he did marry me… crazy guy.

We went from best friends to engaged best friends in the space of what might have been a rhetorical question.  That’s right. You read that correctly.

Look. I don’t know what the guy was doing.  I was sitting there about three years ago and it hit me that this could have been just another one of our random questions that didn’t mean anything. For what it’s worth, I’ve let him know I don’t want to know if it was.  I offered an out before he ever said, “I do.”  I told him, “If you marry me, you’re stuck. So be sure you want to do that. Be very sure.”

We never “went out”.  Instead, we sat at home and talked.  People ask me if I loved him.  Of course, I did. Don’t you love your best friend?  If you’d asked me if I was in love with him, I probably would have said yes.

I would have been wrong. 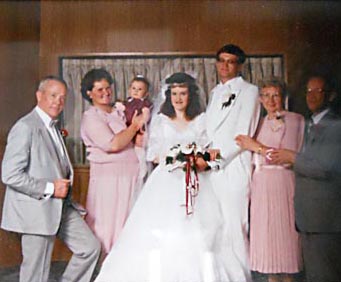 Before?  Yeah. You see, Kevin bought a house.  And if I moved in, we’d save about a thousand dollars between my rent and utilities.  So, we went to Las Vegas.  You get an idea of what that was like in the wedding scene in Tarnished Silver.  The idea of a “cattle drive” came from that weekend.  I digress.

Let me backtrack a bit.  We were driving back from Ames (Go Cyclones!) to Marshalltown at about six in the evening.  Kevin’s friend was with us. All three of us fell asleep.  I’m convinced that there was some carbon monoxide thing going on. Anywho, the guys were in the front of the car.  I was asleep in the back, with my jacket balled up on top of a slide projector.  Kevin hit a guardrail.  My head bounced up… and slammed back down on said slide projector.

Note to the wise. Those are hard little suckers.

Broke my jaw on both sides.  I was a bit out of it.

Hours later, after I was released from the hospital and settled in on Mom and Dad Havig’s couch, I remember hearing Kevin crying at the kitchen table.  I remember quite distinctly hearing him berate himself for “hurting me.”

Dad Havig got up and came into the living room.  He hunkered down on his heels in front of the couch and asked how I was.  I couldn’t talk.  Then he said words that changed my life.  He glanced over his shoulder, through the little window that separated the kitchen and living rooms, and said, “That man in there sure loves you.”

I fell in love. 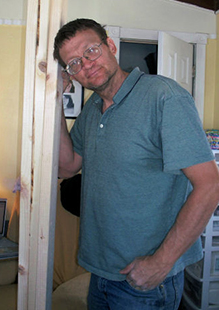 That’s a lot coming from someone who isn’t super emotional.  I’m one of those folks who sees love as an action.  It’s what you do rather than what you feel.  And you know what?  I’m still that person. But with Kevin, I’m someone else, too.

I married my best friend  I remember one of our friends saying, “You guys have something so cool. You were friends first.  If the feelings fade, you still have something to keep you together.”

I fell in love with my best friend. I’m not a “huggy” kind of person.  I’m not naturally affectionate. In fact, I’m rather uncomfortable with it, actually.

So who is Kevin?  Why did he become my best friend in the first place?

We never ran out of things to talk about.  In fact, there were nights he’d pick me up at work, take me home, we’d talk… until two in the morning.  Then he’d go home, sleep for two hours, and go to work.  The guy was nuts.  But it’s what we did.

He’s just as goofy as I am.  We sing together–everything from hymns to Patsy Cline or Roger Miller.  He sings Sammy Haggar.  So, to get him back for ear torture, I sing Dad’s old ballads.   We sing parodies of almost anything. We can solve the world’s problems in one gab fest.

We’re so alike in so many ways. Politically, we’re two peas in a pod.  Biblically–same smell. We agree on nearly everything, and where we might “disagree” is more slight variations in how strongly we feel about things. TV.  Movies–mostly pretty much the same.  At least we don’t hate what the other likes.  Usually.

But we’re opposites in many ways as well.

Kevin is an “Iowegian”.  He was born in Iowa and Havig is Norwegian.  So…  Yeah. Me, I’m an Okie, born in Oklahoma (but not Muskogee), and raised mostly as a California girl.

He’s a rabid Cyclones fan.  It’s that whole Iowa State thing. I’m a fan of fans.  Love those things.  Sports–not so much.  Except for any game that is super close because both teams are playing an awesome game. Then I love to watch the last fifteen minutes.  “Go teams!” 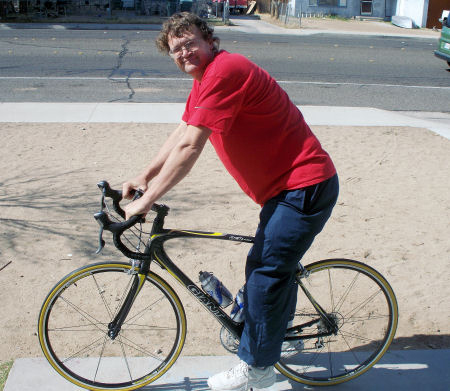 He’s also a cyclist. And by that, I mean, his idea of “fun” is to hop on a racing bicycle, lean way over, and pedal as fast as he can… like for twenty-six miles.  And… even in summer.  In the desert.  For “fun”.  My idea of a bike ride is to hop on a beach cruiser and roll through the neighborhoods of the town, just enjoying life.  In April.  Or October.  On the rare days it isn’t windy.  I think that happened once. In 1997.

I’m all about great food variety.  I love almost everything if cooked well.  Kevin is a picky eater who hates almost everything as much as I like it.  You’d think that’s why I’m chubby and he’s skinny.  Nope. I eat almost nothing and he eats tons.  A slice of pizza is enough for me.  And he tries not to begrudge me that slice as he polishes off the rest of the pizza.

He likes “heavy metal”.  I like Sinatra, The Ames Brothers, and Jo Stafford.  We both agree on most Christian music–not fans. Does that make us bad Christians?  Probably.  But we’re okay with that, too. The Lord didn’t die for us because of our musical tastes.  And now and then we do find good music that fits our tastes.  Just heard a great medley last night by  Anthem Lights.  Good stuff there.

His nickname is Mayhem (because Havig so often sounds like havoc… and because in that lovely way that guys call each other the opposite of what’s true, it fits).  They called me Toni. So glad the “Toni” days are over. It never felt like me.  But when your own family throws a letter into your name and changes it from “Shuh-TONE-uh” to “SHAN-tone-uh”, well… Toni can be a blessing.  Love you guys!  Even with the name issues. 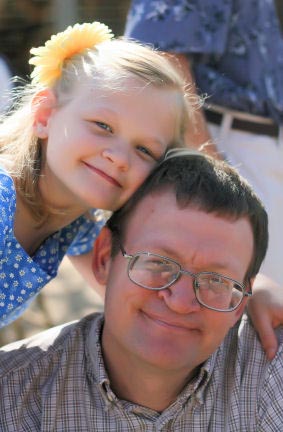 He absolutely loves kids. I never did.  Total opposites.  He’s GREAT with little kids… like up to about age eleven or so.  Me, I’m GREAT with teens. But we have something in common.  As much as he loves kids and as much as I never did, we both agree.  We’ve got the greatest kids on the planet, and we’re so grateful to have them.  Seriously,  I may not have wanted children, but I am so GLAD I was wrong. Grateful that the Lord blessed me anyway.

He lived in the same house from birth to the day he moved to California.  Me… not so much.  I moved more than military kids. 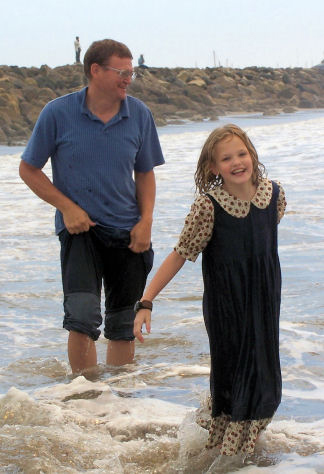 There he is.  Kevin.

That’s WAY over half my life!

I’d still rather hang out with him than anyone else.

And no one can make me laugh like Kevin on a roll. 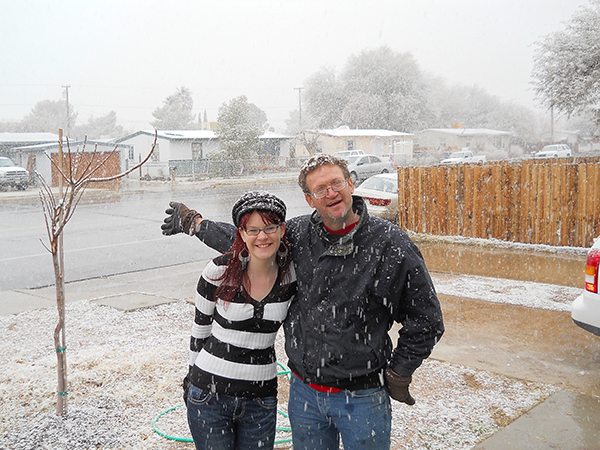