That’s the only word I know to describe the past six months–consume. When I got the idea for Christmas Embers, I was excited about it. I knew it would be difficult, but it seemed important.  How I prayed about whether to make it a Christmas book or just one that happened near Christmas!  I chose to make it this year’s Christmas novel. The idea, well, it consumed me. 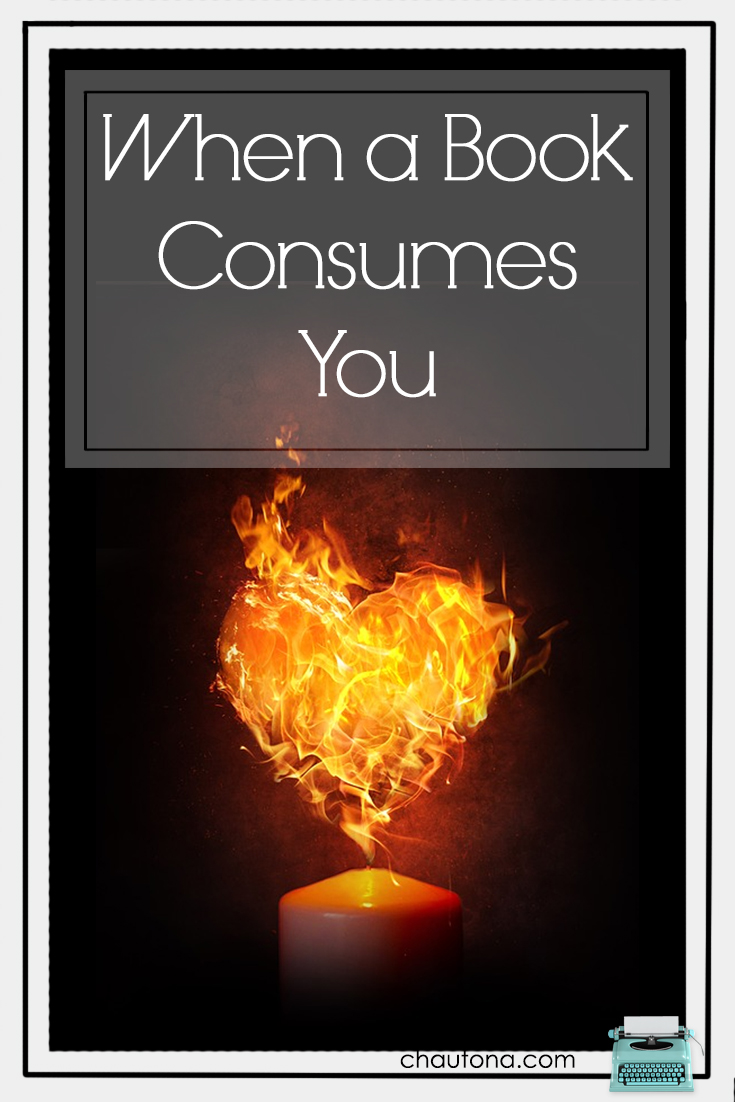 (Note: links in this post are likely affiliate links that provide me a small commission at no extra expense to you!)

I began in April–Camp NaNoWriMo month number one.  Through the proverbial blood, sweat and tears, I got my requisite fifty-thousand words done. Then I had to switch into Meddlin’ Madeline: Sweet on You launch mode.  And right after that, I had to work on another book–and another.

This has been an insane year, book-wise.  I’ve released five books (if you count Christmas Embers being on pre-order a “release”), and I have one more planned!  EEP!

So yes, I worked on it now and then, but I’d gotten to the hard part–the worst of it–when I stopped writing in April and between the sporadic work on it and the subject matter, it grew heavier and heavier.  The difficulty of the topic consumed me as I fought to write each word with careful attention to authenticity. Truth needed to shine–even the ugly truths.

I do not exaggerate when I say that I had to wrestle nearly every paragraph into submission as I wrote this thing.  It’s a terribly hard book to write.  It’s probably going to be as hard to read.

For those who don’t know, Christmas Embers tears off the silken covers of adultery and exposes just how horrifying it is–for everyone. I’ve watched this nightmare all my life, but every year it becomes harder and harder to convince myself that this is something “out there.”  It’s not. It’s right here. Right now.  Right next to us in our pews, our families, our homes, our friendships. Adultery destroys. 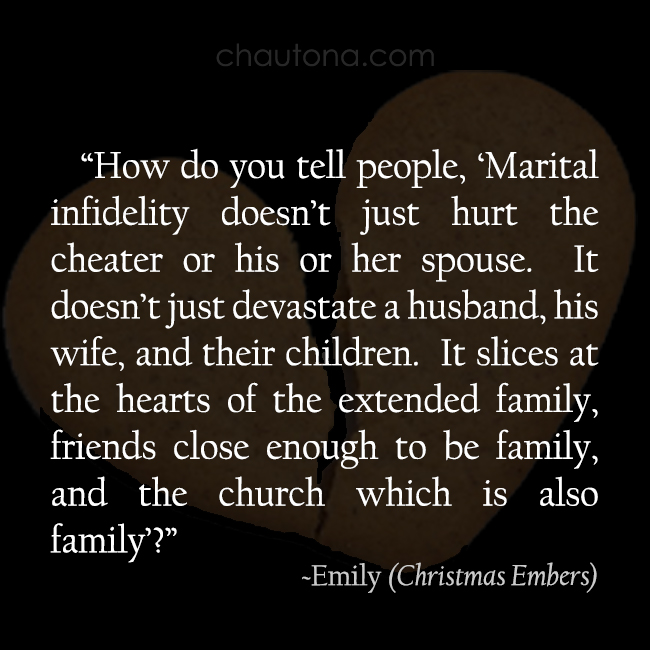 That’s the question I asked myself on nearly every page.

Never has a book consumed me like this one. Never have I fought against words as much as with this one. I actually put the thing on pre-order earlier than I meant to simply because I knew–I knew if I didn’t do it, I’d give up on it.  Can’t tell you how many times I considered if it was worth not fulfilling my contract with Amazon and pulling it.  Breaking my word.  I was ready to go there.

And that’s when I quit pretending I didn’t recognize the signs.

Look.  I need to make something very clear.

I’m cautious about it because nothing feels more arrogant than saying the Lord is involved in something that He hasn’t specifically said, in His Word, that He is.  Yes, it’s extremely cautious.  No, it doesn’t mean I keep the glory from God for things.  I promise. I just am cautious.

And, conversely, I really think people give Satan way too much credit.  I know he wanders around “seeking who to devour” (badly paraphrased), but seriously?  You lie to your boss about why you’re late and later say, “Satan really had me today.” No. Sorry.  I don’t believe that. We’re professional sinners without his help thank-you-very-much.

But when even your friends are growing concerned about you because they can see how depressed and oppressed you are, you can’t deny it anymore.  And I don’t.  This book has to be really bugging Satan.

I’ve done massive research for this book. Believe me, I’ve talked to adulterers and their spouses. I’ve read every word I can find in the Bible remotely related to marriage, divorce, adultery, sexual immorality–anything that pertains to this book.  Read them repeatedly. I’ve prayed over this book like nobody’s business.

People all over the world have prayed over this book. I think I can say with some measure of confidence that this book–this book that consumes my thoughts from the moment I wake until I go to bed.  This one.  This book, the Lord wanted me to write.  I was obedient.

And now that it’s done, I’ve never felt lighter. I have peace.  Confidence.  And those are the feelings that consume me this week.

I finished Christmas Embers just hours after the results of the ugliest election year I’ve ever had the misfortune to witness.  I saw brothers and sisters in Christ and in families rip one another apart–publicly and without mercy. I’ve seen the church ensure that the “beauty of Jesus” was not seen in them. I’ve seen truth spoken, but little love. I truly have never seen more ugliness out there. Ever.

But while the post-election ugliness began on social media, I felt nothing but utter joy. Peace. Confidence. It has nothing to do with who won what or lost what or why.  Rather, I rest fully in the knowledge that the Lord had my back the whole time this book consumed me.  And well, nothing’s going to dim that joy right now.  Not even the political muck that, unfortunately, will likely continue for a couple more months.

And then… maybe then I’ll be able to write the other story within this book: Kate’s.

Previous Post: « Buying Love by Toni Shiloh: a book review
Next Post: In the Heart of Medieval England, Adventure Awaits »