The balmy night air blew hair about my face as I made a long loop up the short block in front of the Lighthouse.

A young man smoking a cigarette approached, crossing the street as he did. So, I did what anyone would do. I greeted him. “Nice night.”

“It is now—just got off work.”

We laughed, and I admit it. I tried not to choke on the puff of cigarette smoke the wind tried to force down my lungs.

He nodded at my Kindle. “Reading?”

It’s a valid question. After all, I was pacing in front of the town’s prayer house. I shook my head. “Novel.”

“I just bought The Outsider. My friend said it’s good. What’s yours?”

He’d be disappointed. “Minding the Light. It’s historical fiction about the Quakers on Nantucket Island.”

I’ve got to give him credit. He turned and looked right at me. “Historical like… whaling ships and stuff?”

My laughter caught him off guard until I said, “I knew you’d be disappointed, but it’s actually good.”

Truth be told, I thought he’d take off, but he took another drag of his cigarette, stared at me for a moment, and asked, “Tell me something you like about it.”

Since that was going to be half the point of my review, I already had an answer for it. “I like how the author addresses the hypocrisy within the very group who are her heroes. She shows that the Quakers had enlightened ideas for their time but were slow to live them.”

“I thought Quakers were all about whaling.”

You gotta admit… few people under thirty know about that or care. I shook my head. “I don’t mean that they were early environmentalists. I’m talking about people of color. They were anti-slavery, pro-acceptance of natives, but neither group was good enough to mingle with. Instead, they felt superior to the less spiritually enlightened religious groups—or rather, that’s how some of them behaved. This author tackled that.”

I thought he’d turn to go, and he did. But he turned back one more time and asked, “What don’t you like about it?”

My review was supposed to have both love and hate, but the hate part had been elusive until that moment. Suddenly I could explain it with simple clarity. “That I see myself in a character I hate—two, actually. Not everything about them. And not completely, but I do see myself in them. And it’s not pretty.”

His words. I’ll never forget them. He took a step away, another drag on his ash-laden cigarette, flicked off the excess, and blew out a puff of smoke that did make me cough.

And then he said, “I guess that’s why you read a religious novel, huh? So you can see stuff like that? Change it?”

“Repent.” I winked at him as I turned to go myself. “We ‘religious types’ call that change repentance. And you’re right. I read these things for fun but also to grow as a person. Thanks for that reminder.”

So… This book? This “religious book”? Yeah. It showed me where I need to repent. 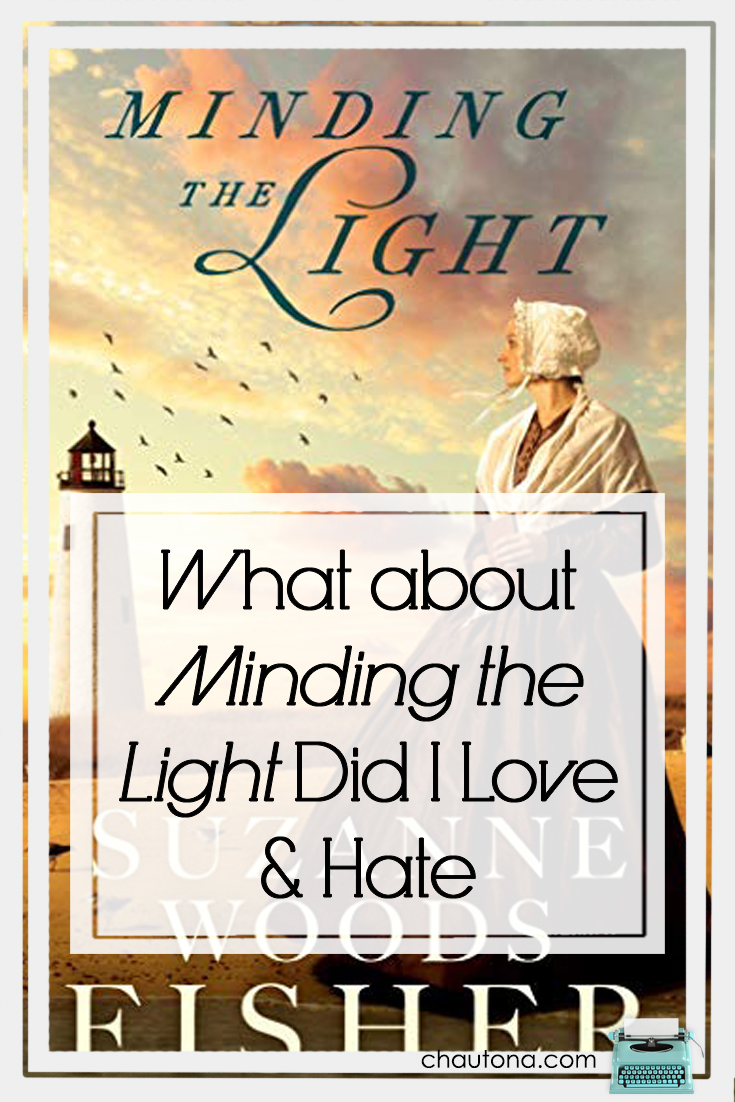 Links in this post may be affiliates that provide me with a small commissoin–no extra cost to you, though. I also requested a review copy of this book. This is what I thought of it.

What about Minding the Light Did I Love & Hate

What did I love?

So many things. Daphne stole my heart with her feisty spirit, her gentle ways, and the fierce love she had for everyone in her life. She taught me much about forgiveness while holding fast to what is right.

I loved that Suzanne Woods Fisher wasn’t afraid to tackle the difficult subjects. Racism, bigotry, hypocrisy, foolish addiction, But more than that, I love that she tackled them with equal parts of forthright honesty and gentle compassion.

One of the most wonderful parts was the continuity of story. Not just the beautiful journal entries we’ve seen from the previous novel but also the issues of laudanum use and coming to grips with the strengths and weaknesses of your faith. She didn’t drag each of the old books into the next as much as she told each story individually while creating a beautiful arc of another story and wove it throughout each. We’re left waiting for more of Mary and her tale.

And what did I hate?

Not much. Most of what I hated had to do with seeing myself in characters I can’t like or respect. I hated having to examine my heart and find things in it I didn’t like in there—weaknesses I pretend I don’t have.

But there was one thing that did mar some of the story for me. In one place in particular (but to a lesser degree in one or two more), the backstory wasn’t woven into the current tale. We were treated to an info-dump of “this is how all this got set up so you know what’s going on.”

Look, I get it. It happens in the best of stories. The fact of it isn’t even what bothered me as much as how it was done. It felt rushed… as if we were all sitting around a dinner table, and something happened outside. So instead of getting up to go see and return afterward to finish, we just were forced to shovel down that meal so we could get on with it.

It’s really my only complaint about the book and compared to a lot of books, it’s not worth noting. But, even at the end, while I’m still basking in the glow of the “light of Nantucket,” I remember that clog of information. So I mention it.

Seriously, I loved the book.

I still give it five stars because, hey. I loved the book! And after seeing the hints of what’s coming in the next one, I’m anxious for it. Too.

If you love good historical fiction that really makes you think and has a romance that feels natural and true… then yes. You’ll want to read this one. Sooner rather than later.

Minding the Light is on tour with Celebrate Lit 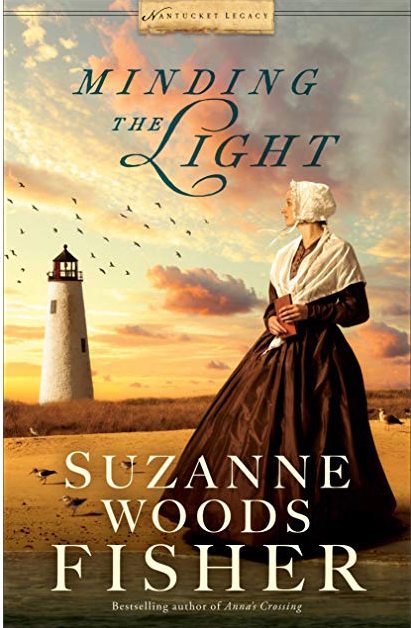 Six long years ago, Captain Reynolds Macy sailed away from his bride, looking forward to the day when he would return to Nantucket Island with a ship’s hold full of whale oil. But when that momentous day finally arrives, Ren soon discovers that everything has changed in his absence. Everything.

“Is nothing on this island as it appears to be?” he whispers in despair.

Unlike most islanders, bold and spirited Daphne Coffin doesn’t defer to Ren as an authoritative whalemaster, but sees through his aloofness to the aching heart beneath. She encourages him to return to his Quaker roots and “mind the Light,” finding solace in God and community. As Ren becomes the man she believes him to be–honorable, wise, faithful–she finds herself falling in love with him.

But how can she, when her heart is spoken for? Tristram Macy is Ren’s business partner, cousin, and best friend–and Daphne’s fiancé. Love always comes at a cost, but when is the price too high?

Suzanne Woods Fisher welcomes readers back to the Quaker community on Nantucket Island for this riveting love story, full of unexpected moments.

Previous Post: « My 5 Favorite Things about Discovering Hope
Next Post: 5 Reasons to Hire This Guy Next Time You Need a Bodyguard »