He wore a Stetson. Boots. Jeans. And plaid. He had a mustache some years and a beard, others. And a twang. His voice had that distinct Okie twang that always reads “home” to me.

My Uncle Gene. A short man. Wiry. I always pictured Marty Robbins’ “Mr. Shorty” as being like Uncle Gene. And when I put Shorty in one of my books, I made him look like a young version of the man who first let me sing with him. Even when I probably sounded horrible.

I never doubted that Uncle Gene loved me. Pest that I was.

He wrote songs—lots of them. He wrote about his first wife, the grief of their failing marriage, of his love for his second wife—for his son. For the daughters he inherited when he married their mother. Oh, how he loved his kids and grandkids. How he loved my Aunt Leta.

I never hear “Thank you for being you” without Uncle Gene’s voice in my head—singing it. “…thank you for just being you.”

He was a cowboy—a real one. One who had a bull that took one look at me from fifty feet away and broke through the fence to get away.

I was an intimidating child. What can I say?

But when I say he was a real cowboy, I don’t joke. People who grow up around ranchers and farmers know the difference between a city boy with “cowboy boots” and a cowboy. Uncle Gene was the real deal.

I’d forgotten about the distinction until I asked to review Cowboy Bodyguard. Then I wondered. Would this cowboy be real? Authentic? Would I roll my eyes?

Gonna tell the truth. I almost asked if I could back out. But I didn’t. And I think I’m glad. 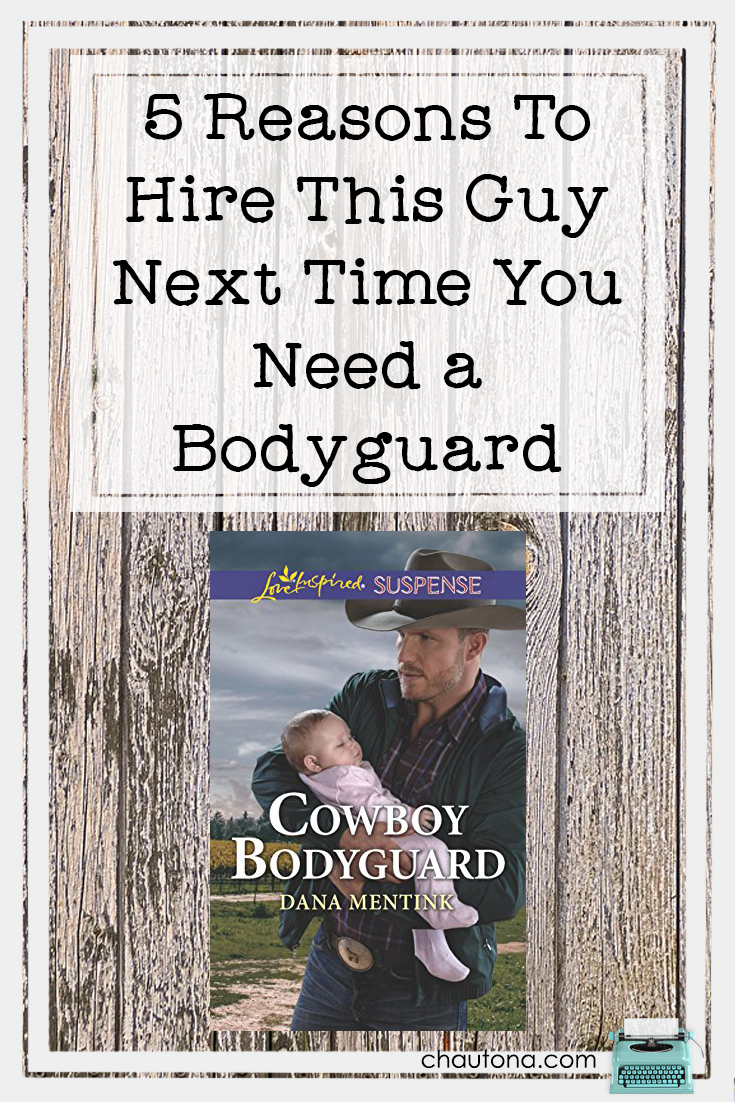 Note: May contain affiliate links. That means if you click something, I might get a small commission, but no worries!  It won’t cost you anything extra!  I also requested a review copy of this book from Celebrate Lit.  Opinions didn’t come with it.  They’re all mine. 😉

Let’s start with our cowboy’s name. Jack. Best cowboy name ever in my book. She got points for that right off the back. My family, on the other hand, is probably sick of me singing the ballad about “Cowboy Jack.” Tuff.

But I promised five reasons to hire Jack, and well, my mom taught me to keep my word. So here goes:

Jack may have balked a time or twenty, but he always gave up self to protect others—those he loved and those who needed love.

Of all the things that I admire about him, I think Jack’s loyalty may top it—even more than #5. After all, we kind of expect that one in Christian Fiction. But time, pain, and hardship can’t break his loyalty to those he loves—despite every effort to try.

One of the most beautiful things about Jack is that despite the pain he endures, he has learned that lesson of forgiveness from the Lord and learned it well.

Just call him the “Timex Cowboy.” Dude, this guy, no matter what happens, bounces back. Beat him, shoot at him, send him through the fiery furnace, and he’ll come out almost unscathed, while holding the baby close and keeping her from being afraid. Almost. Seriously.

Jack knows Who is in charge, Who he belongs to. Who to turn to when trouble surfaces. And since this book is full of trouble, that’s a good thing. It’s something Shannon could learn. I suspect she will, too.

Yes and no. There was a lot I did like about it. Jack’s character had that lovely blend of utterly human and worthy of being a hero all wrapped in one. He was a character I could follow and believe.

Okay, occasionally the cowboy idioms became cliched, but I could overlook that. After all, cowboys are a bit larger than life, you know.

But a few things bothered me. Shannon’s “big lie” about herself that she believes.

All characters have one (or most good ones do, anyway). And frankly, hers is a good one. But I felt like I was just told about it every now and then—just in case I forgot—rather than seeing it play out on the page.

And a few things jarred—mostly regarding their impending divorce. I found myself wanting to shake the screen and say, “The day you file for divorce is not the day your marriage is legally over. Stop counting down to filing day as if it’s the end.”

The faith aspect, for the most part, I found rather refreshing. It was one of the strongest I’ve ever seen in a “Love Inspired” anything. I want to give the author huge kudos for that. But I have to take issue with one statement. At one point, Jack assures Shannon that God was a part of her life-saving measures in her past. He says, “Your skill plus His will—it takes both.”

Um… it takes His will. Period. He may use her skill to accomplish His will, but God certainly doesn’t need it.

And being the semantical stickler I can be about things like that, I had to note it.

Still, it was an interesting book and I think readers of Love Inspired Suspense will find it a fresh take in that respect. If you like unusual situations handled with a relatively realistic focus and a reasonable romance, I think you’ll enjoy it.

If you like cowboys, well… there might be a hint here and there that dances over the stereotype line, but really… she got enough right that I suspect it’s just that I’m used to the cowboy commoners vs. the “gentry” so to speak. Nothing screamed “New York City cowboy to me. That was a blessed relief right there. 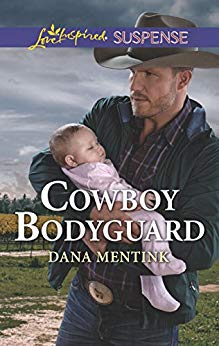 In this Gold Country Cowboys novel, Jack Thorn gets a surprise call from the woman he married in secret years ago. Shannon Livingston needs his protection for herself and the baby she’s hiding from a biker gang targeting the mother. Now Jack must help Shannon, even if shielding her means pretending to be a true husband to the only woman he’s ever loved.

Previous Post: « What about Minding the Light Did I Love & Hate
Next Post: 3 Reasons I Have Nothing but High Praise for This Book »