No, really. When I got the opportunity to read Dan Walsh’s new book, Unintended Consequences, I had no idea what to expect. I’d never read anything by him before—no clue even to the genre. But I accepted the offer of a complimentary copy, dove into the book, and began reading.

Look, I had no idea where this book was even going at first. I can’t say I was bored—that’s too strong. Just… oh… confused? Yeah. Let’s go with confused.

It wasn’t that, “What on earth is happening? First, he was there and now he’s here and what?” kind of confusion. It was more like, “What’s the point of this?” 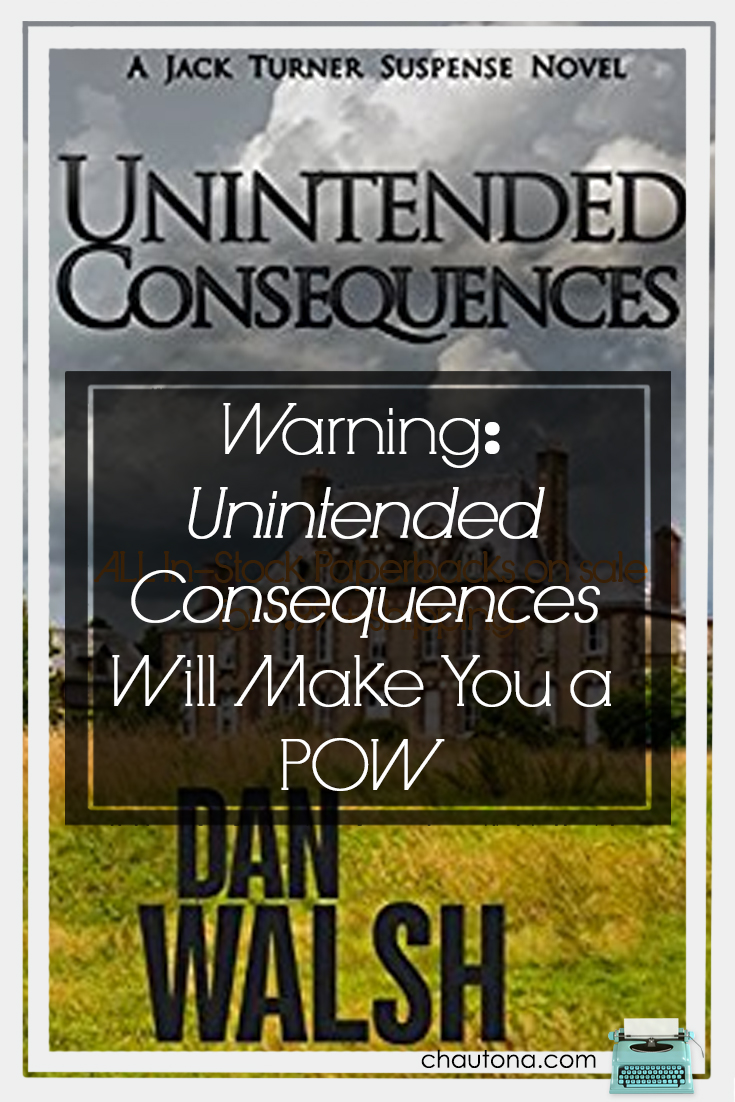 Note: links may contain affiliate links that provide me with a small commission at no extra expense to you.

Okay, being frank here, most of the time when there’s a dual scene going on, one setting up the other, disappearing, and then reappearing at the end like a prologue/epilogue… I don’t like it. I read dual timeline books all the time, but that chunk in the middle thing just never really grabs me. And that part of this one didn’t either.

It wasn’t even that amazing of an ending (outside the middle story, anyway). But Walsh somehow not only made it work, he really made it interesting.

But the other story? The WWII suspense-slash-romance-drama? Fabulous. It’s actually what made the beginning/ending parts so good. I really did love the book. Loved it so much that I bought a copy despite having been given one.

Though the third in a series, Unintended Consequences stands alone quite well. I didn’t get too much “rehash” of prior books—no info-dumps that really overdid it or anything. And I suspect the dual scene thing had more to do with giving established readers a bit of an “epilogue” to the previous books than it did as showing a necessary part of the plot of Unintended Consequences.

The primary story, set in WWII includes all the best parts of stories that we love from that era—brave American soldiers/pilots, English settings, intrigue, good vs. evil. Oh, and of course, romance. Walsh weaves them all into the tale without overdoing any of it. Rich, well-rounded characters, believable and interesting scenes combine with a  story that captivated me from the moment we met Jack Turner on the ship on the way to England.

Oh, and one of my favorite parts—history so seamlessly woven into the story that it never feels forced. That’s  one of my pet peeves—almost as bad as preachiness in Christian Fiction

With all this praise, I should throw out a few caveats.

For those who are sticklers for historical tone, this book will jar you out of the story now and then. The modern use of “totally” and similar things did definitely jerk me out of the reading experience. Frankly, most of the time I would have been bothered enough by it that I would not have been able to truthfully say, “I loved it.”

But I did. I loved Unintended Consequences.

For those who dislike when stories lapse into “telling,” well, now and then it happens here. But honestly, that’s a part of historical fiction. He doesn’t overdo it, and except for a couple of repetitive places, it wasn’t excessive or annoying at all. But there you have it. If it bothers you—it is in there a time or three. Just saying.

Oh, and the original copy I received had several typos that will bother some readers, but they might have been corrected by the final copy.

Did I mention I loved it? The family history, the difference and similarities in characters, the difficult times and the joys? I loved it all. I loved how he made implausible parts, well, plausible. And that’s my favorite part of fiction—when the implausible becomes so real it is plausible.

And yes, Unintended Consequences held me as a POW for the duration of the book—or at least the majority of it. I think anyone would be captivated by a tale often told but never too often. Something about this book makes you more than happy to be a prisoner of this retelling of one tiny sliver of the war.

I recommend this book for anyone who loves a good WWII story, a genuine romance, and enough suspense to keep you turning pages but not so much you won’t stay awake all night.

Oh, and I’ll be buying the others in the series.  Definitely. 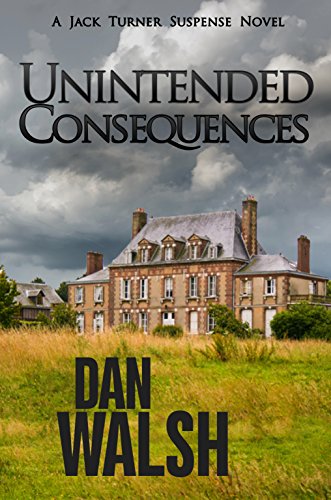 Jack and Rachel leave Culpepper for their long-awaited honeymoon trip, a driving tour through New England. On day three, they stop at a little bayside town in Cape Cod to visit Jack’s grandmother. After he gets called away to handle an emergency, Rachel stays and listens as Jack’s grandmother shares a remarkable story about how she and Jack’s grandfather met in the early days of World War 2. It’s a story filled with danger, decades-old family secrets, daring rescues and romance. Jack is named after his grandfather, and this story set the course and direction for Jack’s life to the present day. After hearing it, Rachel is amazed that anyone survived.

Reviewer note: The publisher’s synopsis would never have enticed me to read the book, so don’t be dissuaded by it.  And really, who doesn’t want to see what storm is brewing on the horizon of that cover?

I seriously doubt Dan Walsh intended for people to read the book and immediately offer to do a giveaway, but maybe the title inspired me.  Who knows?  Regardless, I am.  So if you’d like to win a copy of Unintended Consequences, just tell me what about it sounds most intriguing to you!

Previous Post: « 15+ Memories: Why I Know I Had the Best Childhood
Next Post: How the Most Annoying Pet Peeves Inspire the Best Stories »