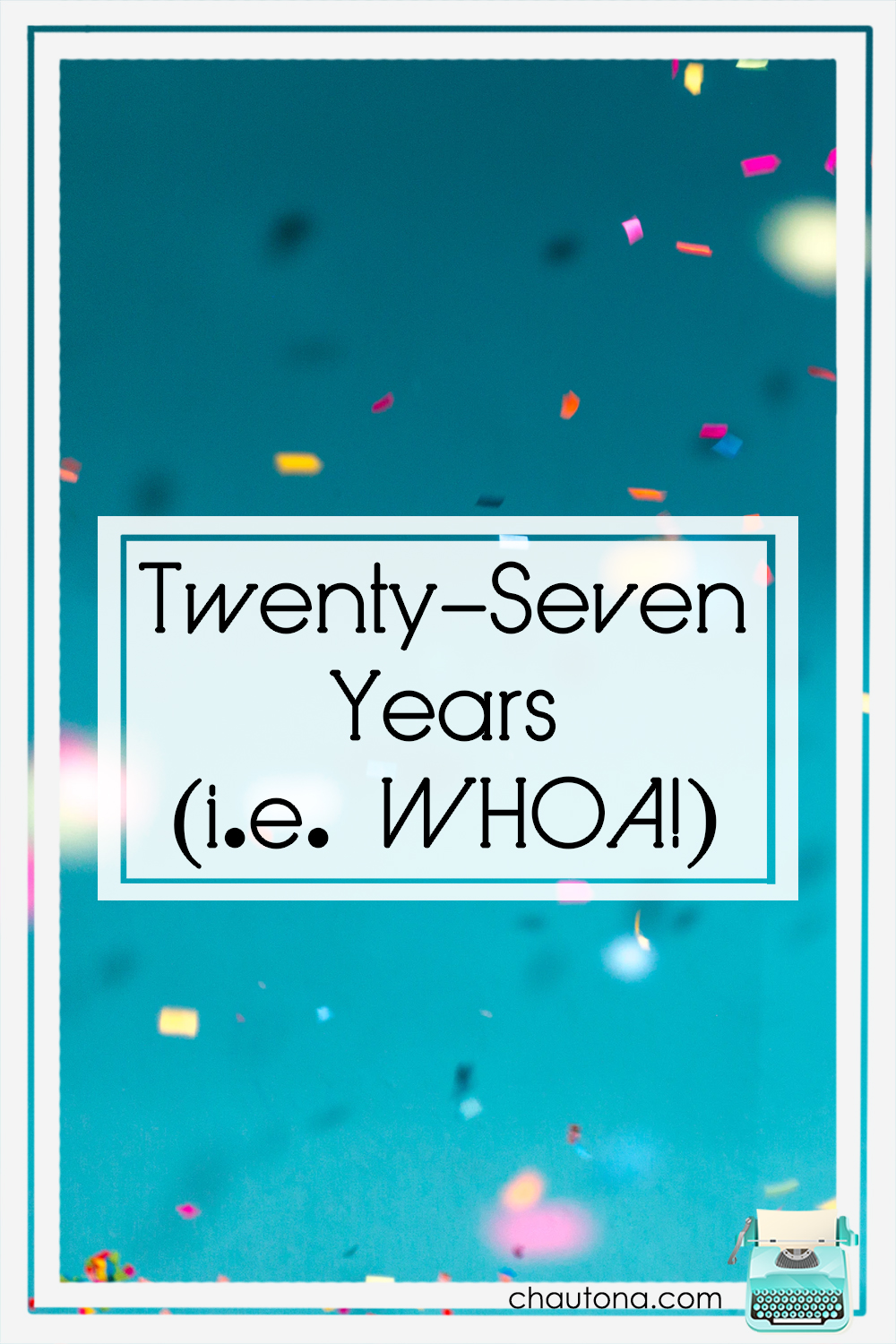 That’s how long it’s been since our wedding day.  Twenty-seven years. Our “wedding day” is not to be confused with our “marriage” day.  We got married in Las Vegas on November 25, 1988.  But, three months later, on February 18, 1989, we still had our wedding.

I was just talking with my favorite server at Denny’s last night.  You know, I had my jaw wired shut for six weeks before the wedding–car accident in Iowa the week after Christmas.  I got really good at blending up hot ham and cheese sandwiches from Arby’s with a bit of milk.  And Jamocha shakes?  Lived on those suckers.  In fact, I drank so many that I can’t stand to think of one even today!

I was skinny back then…

… and six weeks of a liquid diet didn’t help. They kept taking in my dress until the week before the wedding when I got the wires off my teeth.  But, I still couldn’t eat more than a bite or three. So, on my wedding day, they zipped me up in my dress and it was still a bit… loose. Talk about under-exaggeration.  I can’t tell you how many times my photographer told me to “get back in your dress.”  You see, I’d be standing there, I’d turn, and my dress would stay in place.  Awkward! 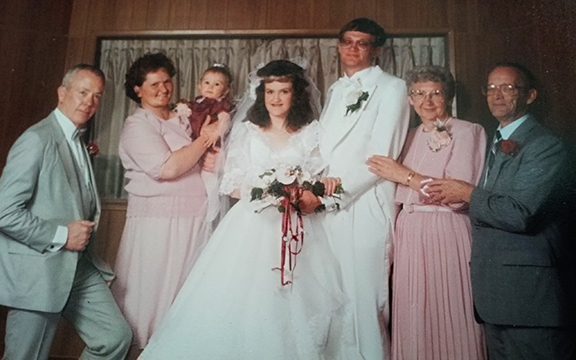 We’ve lived in the same house for those twenty-seven years.  We’ve raised six children and are working on the final three. In fact, three of our children were born right here in this house. I married my best friend, and the night he broke my jaw in a car accident is the night I truly fell in love with him.  That’s pretty amazing.

I’ll never forget laying on my in-laws’ couch, hurting too much to sit up, and hearing my husband sobbing in the kitchen that he’d “hurt me.”  My father-in-law came over to me, hunkered down to check to see that I was okay, and then said, “That man in there sure loves you.”

And he still does!  Even after twenty-seven years!

That just amazes me.  Especially when I figured out a couple of years ago that his “proposal” could have been a rhetorical question.  OOPS!

I told him not to tell me if it was. I don’t even want to know.  When a girl seriously and without reservation says she is NEVER getting married and her best friend asks, “Well, would you marry me?” And that same girl takes him seriously, figuring God is telling her something, the last thing she wants twenty-five years later, is to find out that it was curiosity.  Ahem.