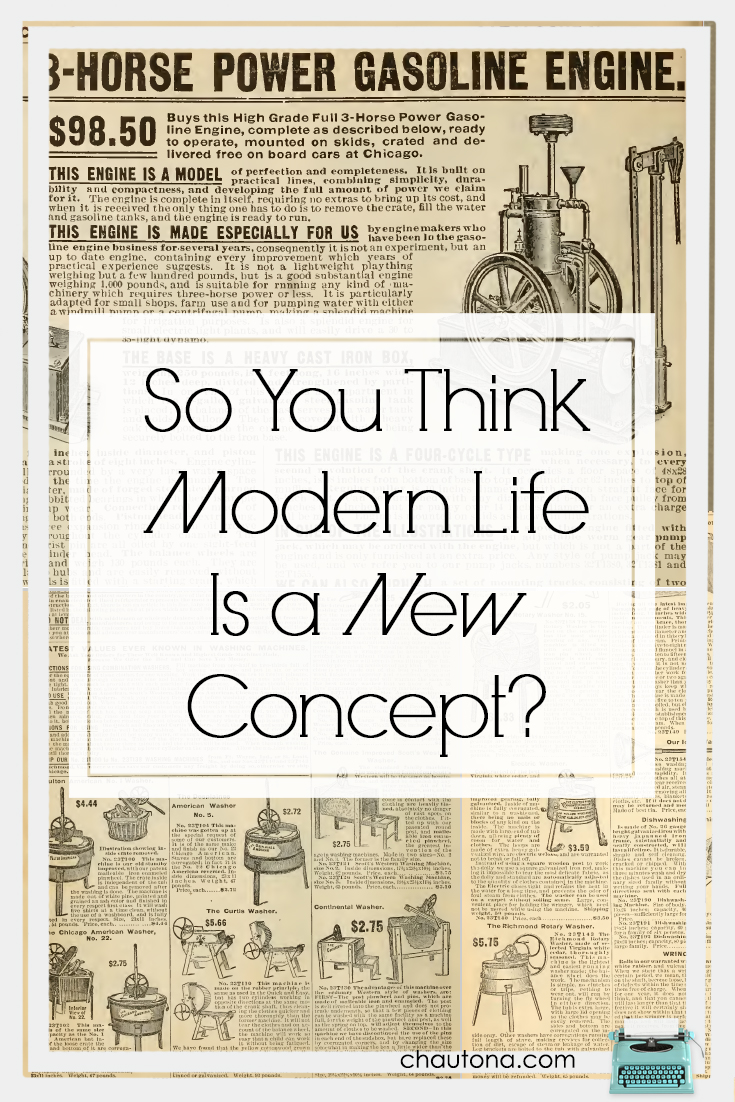 Links in this post may be affiliate links, which provide me with a small commission at no extra expense for you. 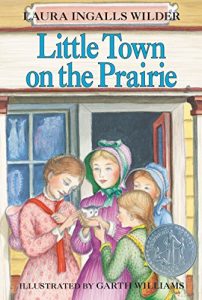 “Our grandmothers would turn in their graves, but after all, these are modern times.”

I don’t know if that’s an exact quote or a paraphrase, but Ma Ingalls said that or something awfully close to it in Little Town on the Prairie. What was she talking about? Sewing a long seam down the center of a sheet on a… *gasp!* sewing machine instead of lapping it by hand.

What would those grandmothers think of California King-sized bed sheets with no seam! Shocker! Modernity run rampant!

They had telephones, bicycles, motor cars.

Girls didn’t have to sit in general stores sewing shirts for homesteaders. They could be nurses, clerks, and bank tellers.

Those with a more traditional outlook, those who still remained at home without employment, were still free to roam the city without causing gossip.

They joined causes and furthered their educational pursuits because it interested them.

And I don’t think feminism can take credit for it.

Some would say I’m in denial, or I have an agenda against girls doing anything but crocheting doilies while they wait for a prince charming to arrive at their doorstep to inform them that he’s there to take care of them forever and all time. Yeah. Because that happens.

Wait. It did. For my daughter. Whatever, it usually doesn’t happen. I’ve got six more daughters who will attest to that little fact.

No, I don’t think feminism can take credit for young women having more opportunities at the turn of the 20th century. The world changed. Household work took less time, and people moved from farms to the city. They had so many new conveniences that their life more resembled ours than that of Laura Ingalls just twenty years earlier (those in the cities, I mean). Without any need for them at home, what else were girls to do?

I imagine that change was rather difficult for some people to handle.

Madeline’s Aunt Louisa is one such person. Like many of us when modernity encroaches on our lives, strips away traditions that we value, and turns her niece into a “meddlesome chit,” she pulls back, grasping onto the familiar.

Madeline’s complaints that her aunt’s notions would have been outdated back in her mother’s day are valid. 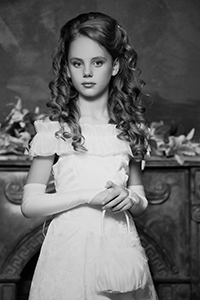 Don’t we do that, though? When one thing sends us running, we swing to the opposite extreme—as if on a pendulum. In fact, I wrote a whole blog post on that once. You can read it, HERE.

I guess it’s kind of like why, when a father first sees his little girl dressed in an evening gown, he’s ready to lock her in the basement for the rest of her life.

Hmmm… is that legal? I do have six unmarried daughters…

“Um, that cleavage is advertising what you do not have for sale,”

…he just withdraws her from the… market?

Yeah, that analogy got away from me.

But anyway, my point is that sometimes people react to new things in not so great ways. We overreact.

And you know what?

Just like with Madeline’s Aunt Louisa, that overreaction can and usually does push people away. And c’mon. There’s nothing new under the sun, Louisa.  You deplored the marching and protesting of the suffragettes in Rockland.

In your day, young ladies reserved “the vote” for what kind of punch to serve at the ladies’ bazaar. All this modern marching and protesting. You’ll be glad when the girls get it out of their systems, right?

I said it before. I’ll say it again.  Modernity is relative.

And Solomon had it right. There’s nothing new under the sun.

Just be glad you didn’t see the hats some of THIS year’s marchers were wearing.

Even YOU wouldn’t touch one of those suckers! 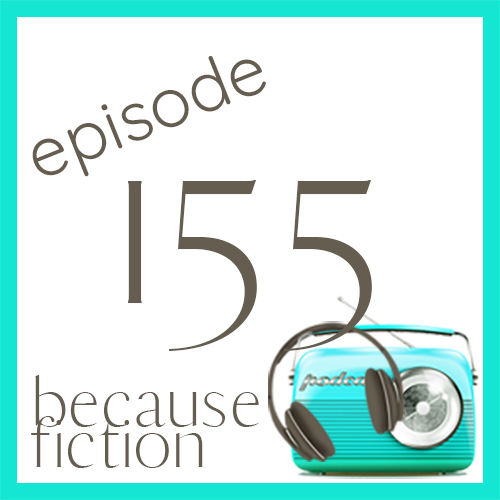