Our next Launch Team Member in my introductory series knew me back when I thought Harry Potter was of Satan. She knew me when I posted updates of my labor online as it progressed. You know those first words of Aggie? Yeah, she knew me back then. She loved me for William’s ‘Vette, and nearly leaped across the country to throttle me when I threatened to blow it up.

We cut our writing teeth at the same time, and she’s created her own “Rockland” in her Lakeville Series. Introducing: 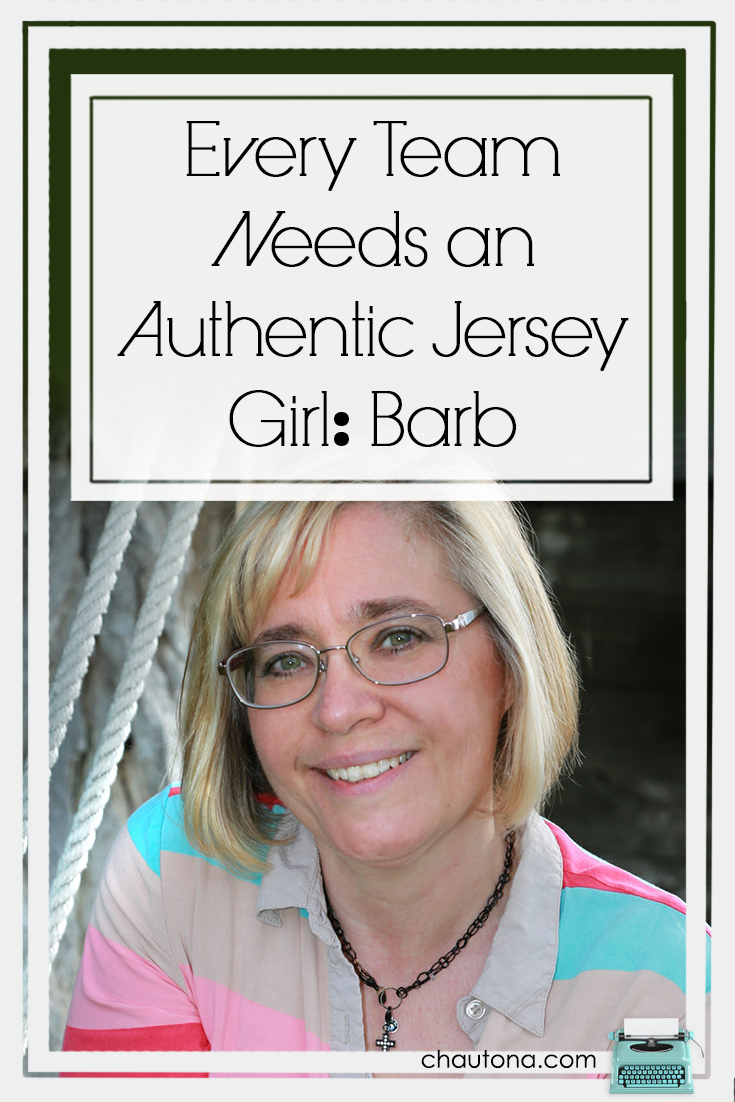 Okay, I’m kind of cracking up, because Barb has always been a chatty kind of gal. She hails from New Jersey, and her “engagement ring” was a cool muscle car, so c’mon. This isn’t your mousy author hiding behind her typewriter in a garret somewhere. Yes, I know we call them attics here in America, but it just felt like garret fit there. You know?

But honestly, Barb gave me one of the sparsest profiles of all of them. There’s irony in there somewhere—a novelist who is excessively succinct. Most of Barb’s kids are grown, but she still has one in high school, I think. And she has a grandson who started school this year (or last… one of the two).

As I said, Barb is from Jersey, so her opinion of the coolest place she’s ever been shouldn’t surprise anyone.  She said:

In her spare time, she’s a CBS (Community Bible Study) leader and makes all kinds of cool craftiness for them. I know it because I’ve seen her stuff. Barb took up hiking (recently?) so while she’s in the beginning stages, she’ll rock that like she does everything. Pun totally intended. 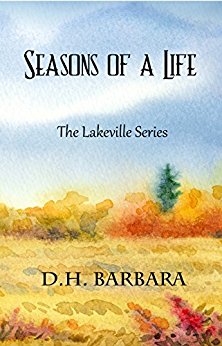 I’m going to go out on a limb and say her new obsession with health and wellness as a Plexus consultant probably made that whole hiking thing up there possible. I suppose she might be a good person to go to and test out that pink stuff again.

But the coolest thing about Barb, aside from her graciousness when I trashed her beloved Harry Potter—and then had to eat crow. Wait. That’s probably why she’s so gracious. Hmmm… Anyway, the coolest thing about Barb is that she’s a fellow author! In fact, her first book, Seasons of a Life is on tour with Celebrate Lit right now. I’ll be reviewing it… next week?  I think?  I’m hoping she’ll do a guest post for me and share the story about how that book got a major revision after a review!  Hint. Hint. (Ask her for it in the comments!)

Barb has eight books in print and I hope more on the way.  You can find her at her WEBSITE.

Barb, like most of my team, is a voracious reader—a true book dragon (no wimpy worms for her! Ew!)  Among her favorite authors she claims:

Anne McCaffrey, Susan Sleeman, Pepper Basham (I bet it’s those “Stick-your-head-in-the-freezer-kisses”), Peter Tremayne, Cara Putnam, JK Rowling (told you!), CS Lewis, Dr. Richard Mabry, Randy Alcorn, the list goes on and on and on…” (I think she left Kay Arthur out just to spare my feelings).

As for my books…

Well… Barb read them as they were being written.  She knows how bad most of them were before editing and a critique team snapped some sense into me.

Barb, being the fabulous friend she is, has helped out with many of the launches and even of books she didn’t read!  They include:

On the question of why she would join my team when she knew she could have any of my books she wanted—FREE… she said:

I enjoy Chautona’s books and wanted to help spread the word! It has been exciting to see Chautona’s progress from very early drafts to books in print and the fan base she has grown.”

And of course, I knew exactly what she’d say about which book she’s most looking forward to, although she did mix up the order. I was SURE she’d say William first. Instead, Barb said:

I love anything Alexa, still waiting on William’s story and I would love an Argosy Junction sequel/update.”

I feel pretty smart because I called all but one of these (and for obvious reasons):

And well, I’m not just any author with any team.

I’m rather weird and also a bit needy, it seems.  Because you see, I have TWO Jersey girls on my team.  WOOT!  Next up: Florence!

Did you miss the other posts?  Check them out:

Previous Post: « Who Is Anxious for a Book That’s “The Pits”?
Next Post: This Gal Breaks My Heart & Makes Me Laugh »