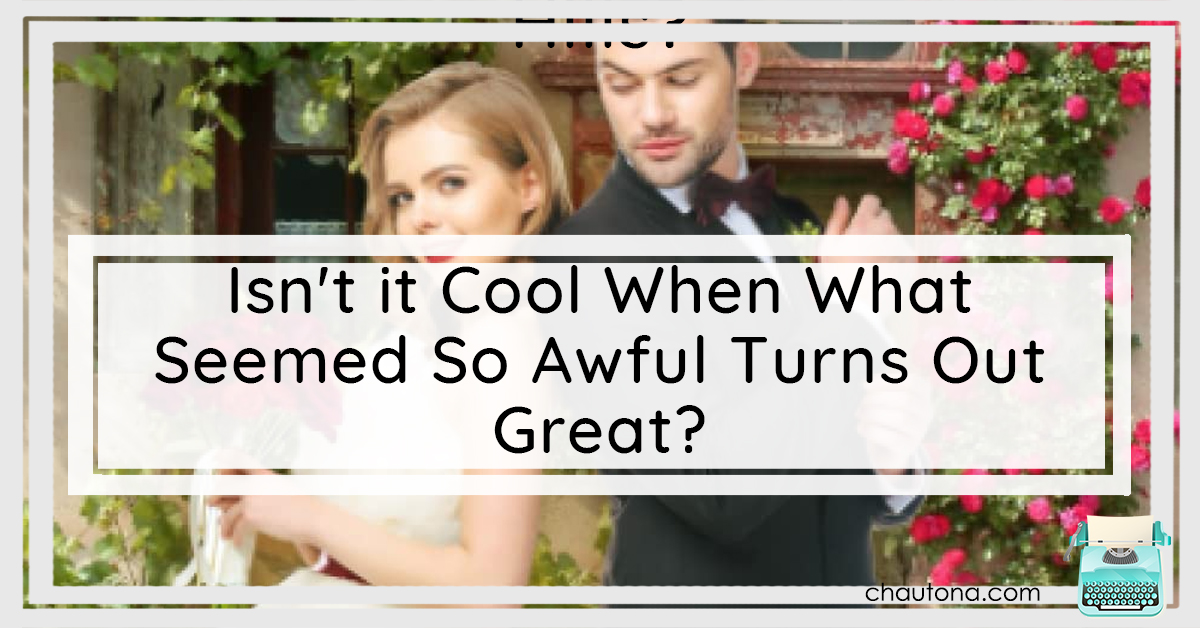 When Mom moved in with us back in 2019, we had one problem. Our house is a three-bedroom, one-bath, house with 1100-1250 sq. ft. Years ago, we converted part of the garage into the “annex” for our older girls, but we still had girls and the remaining boy in the middle room. Where to put the madre, no?

Enter the shed-room.  We bought a shed, insulated it, drywalled it, and turned it into #2son’s bedroom.  Mom got his room inside, and all was well.  For over two years he’s lived there, packing it with his friends at least once or twice a week.  Seriously, I don’t know how he got so many people in such a small place.

Last month, he moved out and into his own house.

Look, I’m not the kind of mom who dreads her kids doing what they were intended to do–grow up, have lives of their own, move on, all that jazz.  I actually enjoy the process of seeing infants roll, crawl, walk, run.  I enjoy watching kids climb trees, scrape trees, and… yeah. No. I never enjoyed the constant tears in the girls’ dresses or boy’s jeans.  Nope.  And… I enjoy watching my teens become individuals who make their own lives.  It’s beautiful.

But I’m also not that mom who wants her kids out of the house the day they turn eighteen. It never makes sense to me–kids spending money on rent, utilities, all the things just so they can “be independent.”  We’ve encouraged our kids to be independent right here at home. Save the expenses for later.  One by one they’ve gone off to college.  Some didn’t come home. Others have gotten their own places… like #2son.

And now we have an empty shed.

Look, here’s the deal. Mom’s room has always been slated to be my office.  But when Mom moved in, the only drawback at all was that I knew it could be a couple of decades before I would be able to use it now.  Let’s see… Mom?  Office?  Mom?  Office.  Seriously, there was no hesitation.  Mom every day and twice today (it’s Sunday as this post goes up. Work with me here).

So, after some consideration, I decided that it might be time to turn it into my office. I’ve never wanted a detached office. I tend to hole up alone anyway.  That kind of temptation isn’t good for a natural hermit.  However, if I worked out there mostly at night and for podcasts, well… I’ll have to learn a bit of self-discipline, won’t I?

The shed-room has become… the shed-i-ffice.  I love that so much.  Snort.

It’s amazing how God works out things I’ve dreamed of in ways that seemed so terrible.  Mom becoming so weak she needed to sell her home and everything in it and move to a place she never wanted to see again.  But I got to have Mom close again.  My son moved out and took on all the responsibilities of adulthood.

And I got a shed-i-ffice.

It’s a small way the Lord took hard things and unexpected changes and turned them into huge blessings, and sometimes we need those simple examples to see the beauty in the truly hard things–a grandson electrocuted, a move, a miscarriage.  God is good always, and sometimes when it seems like the goodness is missing, we discover it isn’t after all. 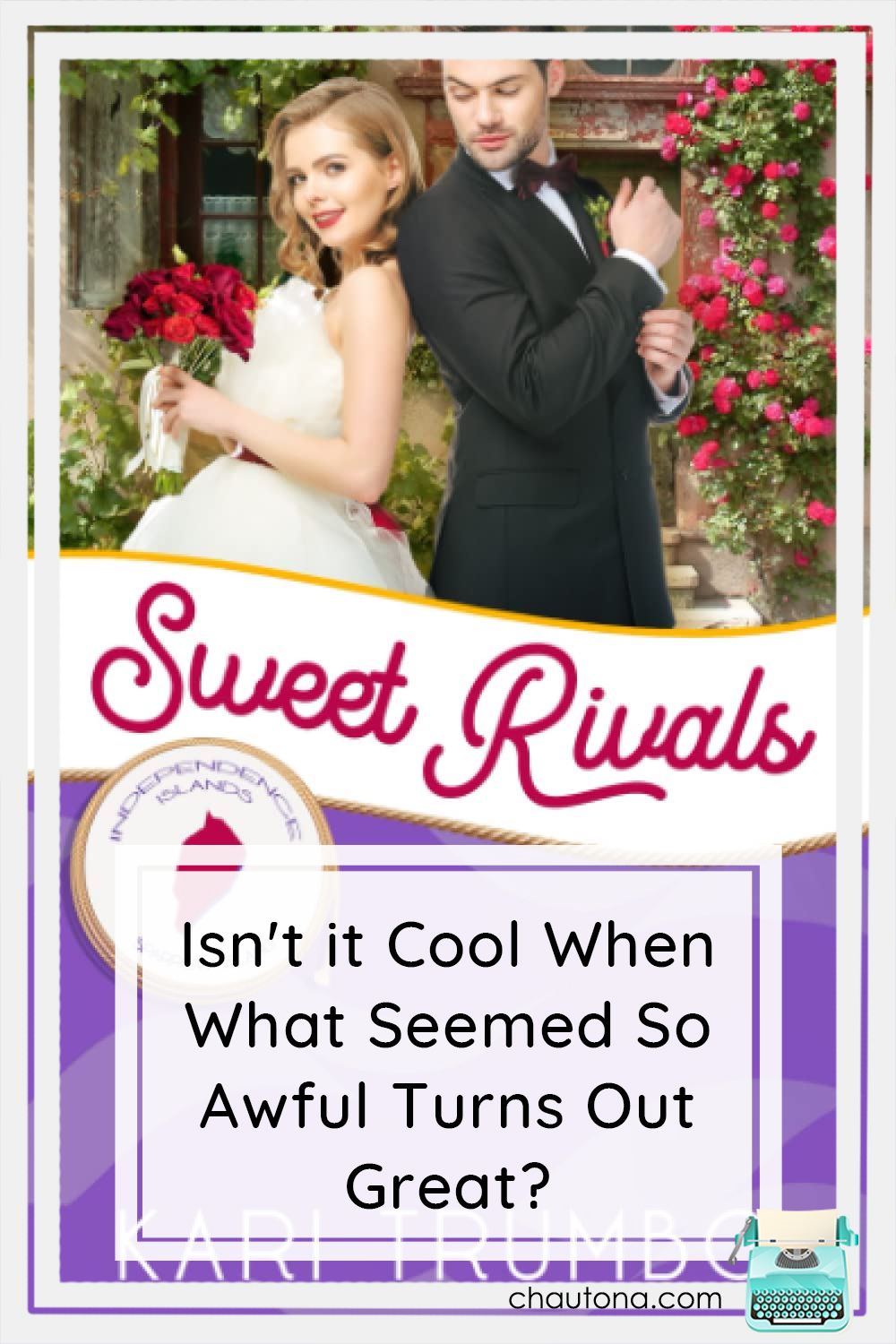 Why am I yammering on about God’s blessings?

And because Kari Trumbo’s latest Islands book released this week. In Sweet Rivals, Fay’s dream business seems to be taken away by God, but maybe God has better plans for her… or does He? 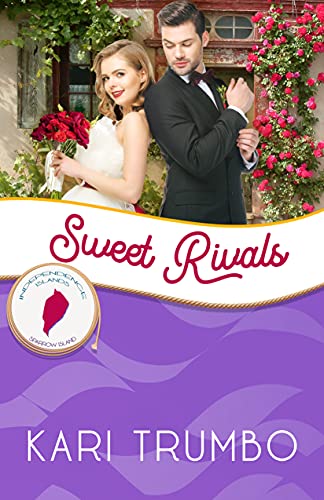 Fay is about to lose her business…

…to the only guy she’s ever thought might be good for her.

Fay Ravven has spent years building a floral business on Mimosa Island. Too bad a chain florist has moved in right down the street. As her business wanes, she realizes her rival is none other than Corbin Lowel, the very man who swept her heart away at her friend’s wedding.

Corbin knows he’s not good enough for Fay. His friends remind him all the time that, as a florist, he’s not really man enough for anyone. That doesn’t stop him from stepping out of his comfort zone and going to Fay’s store to see if she remembers him. That’s when he discovers that his business is killing hers.

What are rivals to do when they can’t stop thinking about each other? Plan the flowers for someone else’s wedding, of course.

When Corbin and Fay must see each other and work together, will they dive through their pain and reach for the stars? Or will the roses be too prickly for two hurt hearts?

The Independence Islands authors have inspiring stories for you. Check them all out and get your entries in!

Previous Post: « I Think Some of the Best Books Are the “What If?” Ones
Next Post: How One Woman’s Ministry Turned into an Inspired by Life Story »