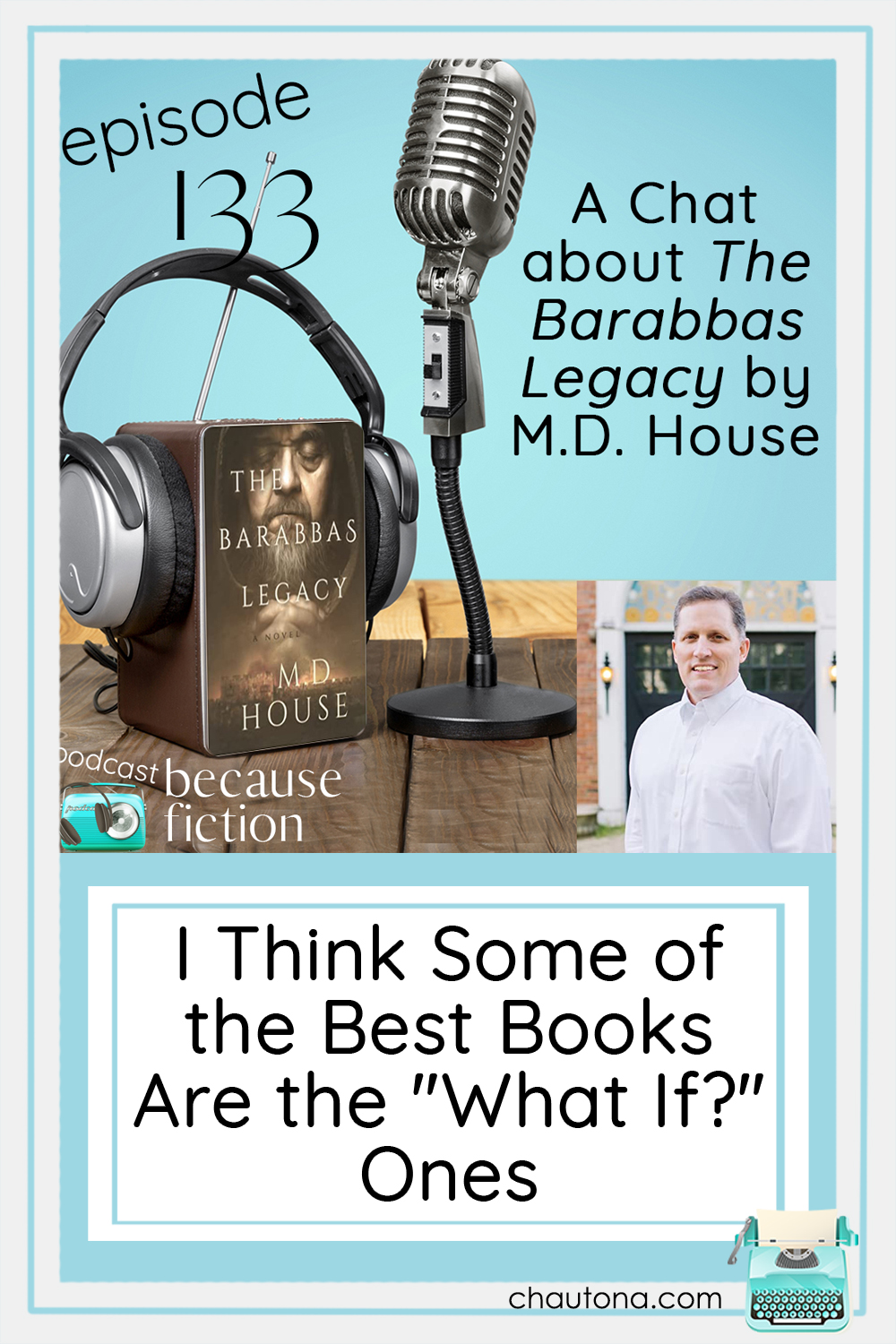 M. D. House has finished his Barabbas Trilogy and whoooeee!  Am I excited to see what kind of “what could have happeneds” occur in this one.  What more are we going to learn about his family, the apostles he meets, all the things?  What about the maybes about big names like Paul?  Whoa…  Let’s just say it’s cool to consider.

Listen in and find out those things, more, AND… what’s coming up next!

I Think Some of the Best Books Are the “What If?” Ones

I had a blast chatting with M.D. House (Mike) about his Barabbas Trilogy back in Episode 70. So, when I found out he had the final book available and wanted to talk about it, I was like, “YEAH!

The Barabbas Legacy takes us into some of the most turbulent times in early church history. Can you say A.D. 70?  WHEW! There’s so much to this book. There are travels all over the place, people we have met in the Bible, their children, and… magi. That’s all I’m sayin’.

Mike also says he’s got new books in the works… some spin-offs of the Barabbas books, a fantasy where a German regiment ends up through a portal, and… a CHRISTMAS STORY. EEEP!

Speaking of Germans, he also recommended a movie about Germans and Americans in WWII– Saints and Soldiers. I believe he said his narrator for The Barabbas Legacy was in the movie!

So of course, that meant we ended up talking about Dietrich Bonhoeffer and Amanda Barratt’s book, My Dearest Dietrich. 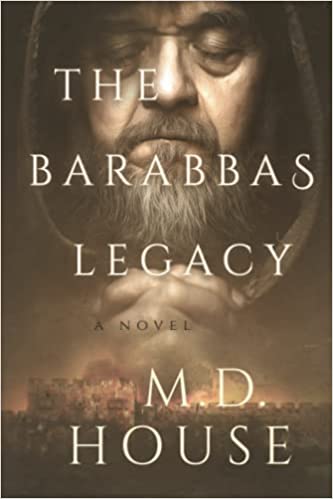 The Barabbas Legacy by M.D. House

In this poignant capstone to the trilogy, the man called Barabbas—infamous former thief, murderer, and prisoner turned Christian—and his wife Chanah continue their mission of spreading the gospel across the known world as cauldrons of political and military chaos boil across the Roman Empire. Nero is increasingly erratic, and it’s only a matter of time before the sharp knives of imperial politics finish him off. Various successors vie for position. Who will strike first, and who will come out on top?

Meanwhile, the rebellion in Judea has intensified, the Jewish zealots exerting great influence over the minds of the people. General Vespasian and his son Titus aim to put a permanent end to the insurrection. How many lives will ultimately be sacrificed on the great altar of Jerusalem? Can the Jewish nation survive the fulfillment of Jesus’s prophecy? What will become of the Jewish Christians and the apostles and sisters who lead them? And where will Barabbas and his family find lasting peace?

You can find more about M.D. House on his WEBSITE.

Previous Post: « Are You As Excited about This New Release As I Am?
Next Post: Isn’t It Cool When What Seemed So Awful Turns Out Great? »