“Life isn’t a fairy tale, Chautona. It’s joy and sorrow both. It’s the reality of marriage vows—better and worse, richer and poorer, sickness and health. There is no “happily ever after,” and yet the true ever-after is most definitely joyous. Life is a paradox.”

Those aren’t his exact words, of course. It’s probably been forty years since my father warned me about donning the proverbial rose-colored glasses. But that’s the gist of it. It’s one of the few things that he taught me that I never embraced as fully as perhaps I should have. As I say in my bio

An irrepressible optimist, Chautona sees everything through a kaleidoscope of It’s a Wonderful Life sprinkled with fairy tales.”

It isn’t any wonder, then, that when I saw the book, Not So Happily Ever After about King Ludwig II of Neuschwanstein fame, I snagged a review copy. I knew nothing of this man or his history and was eager to learn about the man whose creativity had inspired a man like Walt Disney. 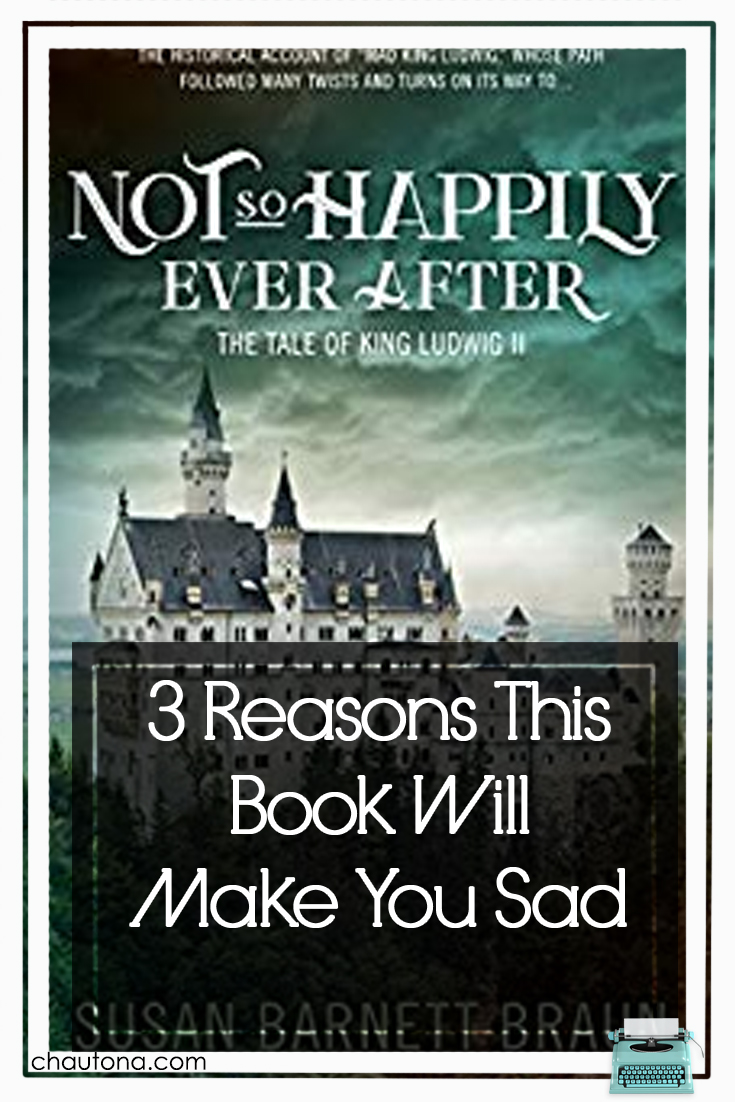 Note: links may be affiliate links that provide me with a small commission at no extra expense to you. Also, I requested a review copy of this book. Opinions are my own.

3 Reasons This Book Will Make You Sad

Yep. This isn’t a happy book. I won’t pretend it is. While the facts inside are interesting, the story resembles more of a “Grimm’s” fairy tale than the less morose ones by Hans Christian Andersen.

A significant portion of the book is dedicated to King Ludwig’s childhood, and the stories broke my heart.

Second: Him being trapped in a role he didn’t want but needed.

One of the most heartbreaking things to me was that to be who he was most happy being, he needed to be King—or at least very wealthy. Unfortunately, he needed a life that allowed him solitude. Had he been able to be trained for something useful, he would have made a brilliant author and/or philanthropist-architect.

Third: He was so alone for someone who seemed to want faith.

From birth to death, I don’t think I’ve ever read of someone more alone. The man was surrounded by people—family, servants, members of state—but he both isolated himself and was cut off from others from outside, too. Several times, Ms. Braun mentions his acknowledgment that God was a part of his life, but he seems to have no comfort in that.

All in all, I just found the story horribly sad. It’s definitely a “not so happily ever after” story.

Despite it all, the story of King Ludwig II fascinates me, and I do intend to research him more. Additionally, I suspect many things as the source of his so-called madness, and I’d like to see what else I can learn.

With that in mind, this book was a decent introduction to him for someone who knew nothing but that someone built a castle in Germany once. In fact, I actually assumed it had been built centuries before Ludwig did it. I just found it difficult to read.

Look, I like dry history books. What others find boring, often keeps me riveted to the page. If this book had been just a history book about King Ludwig II, I think I might have loved it.

However, by the end of the preface, I was confused, and by the end of the first chapter, frustrated. The style is… odd. Facts are laid out, one by one, but written in the style of a fairy tale—yet without any storytelling. Ms. Braun informs the reader of the facts with an omniscient fairy-teller “voice” and a superfluity of exclamation points. I think I actually saw another reviewer who caught that, which made me feel a little better about noticing.

I mean, who notices exclamation points?

However, because it is a combination of both that consistently failed to keep my attention and often felt a little condescending. It wasn’t bad or great. It was just “okay.”

Recommended for folks who love Neuschwanstein Castle and Disney, and who aren’t bothered by a strong “telling” narrative.  I would not recommend it for children under fourteen. Some of the content matter is just a bit much.

Previous Post: « When Is It Too Early for Valentine’s Day Stories?
Next Post: The No. 1 Way to Solve Your Money Problems »