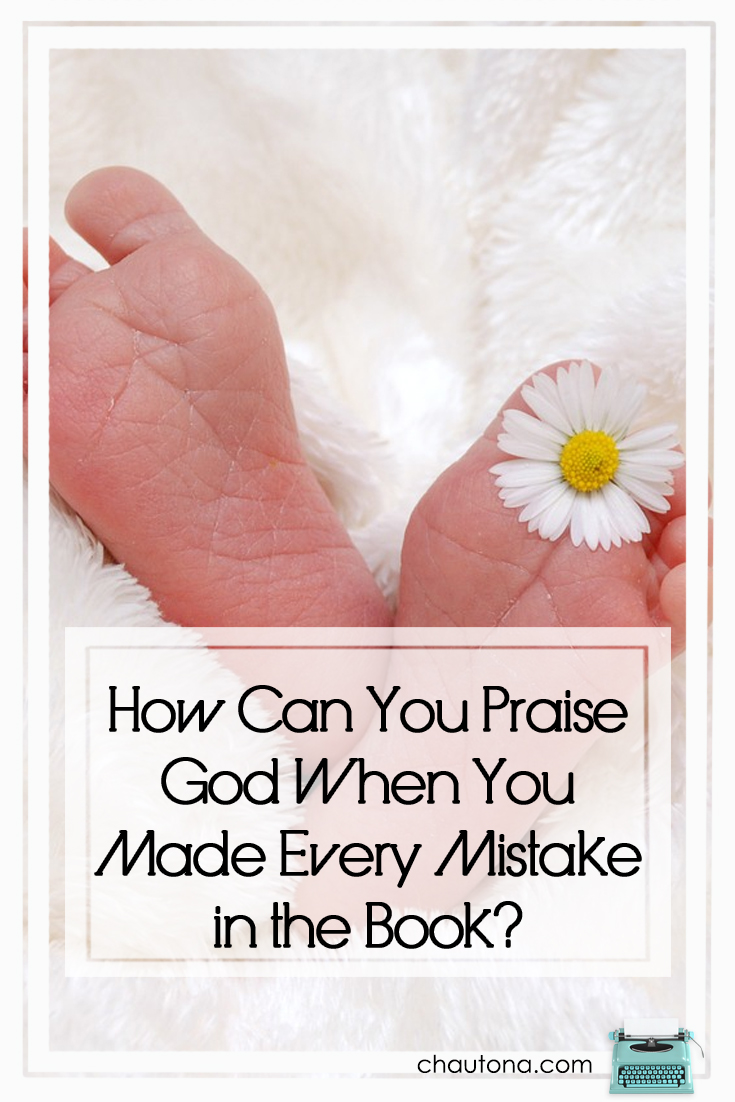 The day I really began my mothering journey… It was a Wednesday. I could never forget that for reasons you’ll see in a minute or two. I worked at a local Chinese delivery place—Mandarin Express.

My shift began at ten in the morning, and I got off at five. Sometime around two or so, after I’d had to sit down for the third or fourth time, I clocked out. My boss protested. I said, “Look, I’m not working. I can’t roll five egg rolls without having to sit down. I’ll stay in case you have to leave and take an order, but I’m not going to get paid not to work.” 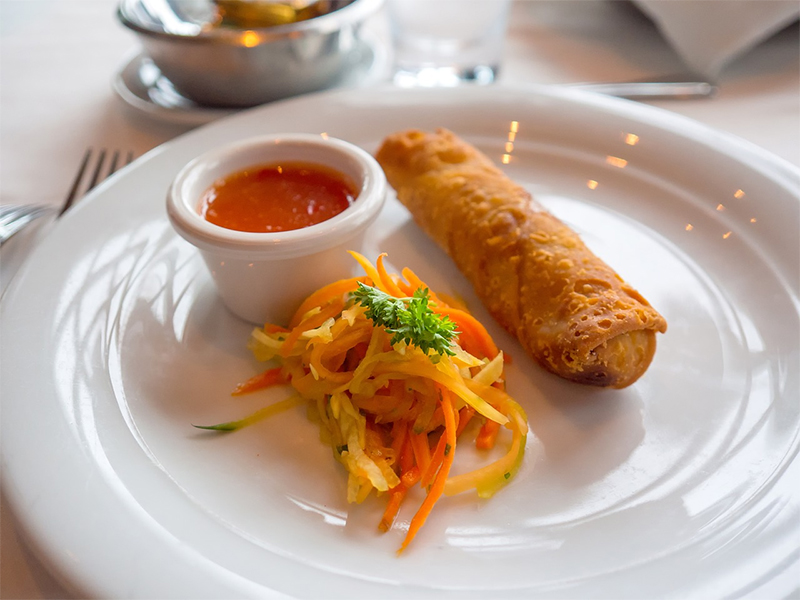 She agreed. Like she had a choice. For the record? That should have been our first clue. For those who don’t know me, I take orders; I don’t give them.

After getting home and taking a long, hot shower, I got dressed and headed off to Bible study. That’s when the fever hit. I thought I had the flu coming on and almost left church. One of the older women told my birth coach, “She’ll have that baby tonight or tomorrow.”

My coach went home and draped her car’s seats in black plastic trash bags. Unaware that my fate had been sealed by the voice of wisdom, I went home and crashed on the living room couch. At about ten o’clock, I got up to use the bathroom and my water broke.

Score one for Mrs. Shrewsberry.

At that point, I did three things. First, I called my birth coach. Polly promised to come right over. That’s when I learned that I could blame Mrs. Shrewsberry for my current labor predicament. It’s also when I had my first contraction. Yay.

Then I called my doctor. I let the service know that we’d be there in about two hours (after all, it was around 90 miles away).

That done, and having fully soaked the living room carpet by that point (that should have been a clue how messy this mothering thing would be), I went to inform my mother who was in the shower. She shut off the water, grabbed a towel, and started to step out.

I suggested she rinse the soap from her hair.

That still makes me laugh when I think of it. My unrufflable mother… got ruffled. Ha!

The trip from Ridgecrest to Apple Valley: uneventful.

Everything shifted the moment I arrived at the hospital, though.

Look, I could go into details—things like how the doctor made me have a caudal when I didn’t want one, or how my mom freaked out (in her way by silently turning away and leaving the room) when I had a bad contraction, or even how that baby refused to come out and did serious damage to me in their efforts to extract her from me without a c-section…

Okay, I have to throw something in on that one. Having had eight children after #1daughter, I happen to know that I would have done a whole lot better if they’d put me up on my hands and knees instead of flat on my back so I was pushing uphill. There. Just had to get that off my chest.

Instead, I got a boatload of stitches and orders not to eat anything with small seeds for six weeks. For the record, accidentally eating a sesame bun burger proved why. Ouch!

The baby was born.

Polly and I sat there, breathless, waiting. I’ll admit, my fingers were crossed. I wanted it to be a girl so badly I couldn’t stand it. Polly and Mom wanted a boy.

They cleaned up the baby, and we still waited.

Look, it felt like five minutes passed. It was probably one or two at the most. But finally, Polly did what I never could have back then. She said, “So what is it!!??!!??”

Then the scariest and most wonderful thing happened. A nurse on my left asked for my right arm—she had to lean across a gurney to do it. I gave it to her. And in one movement, she pulled me onto my stomach onto that gurney.

Panic city for about 3.2 seconds.

Then relief as I realized I could lay on my stomach again, and as warmth enveloped me. They’d put blankets in a warmer and draped me in them… all toasty.

Seriously, that is the only thing about that birth (aside from the baby, of course) that was superior to any of my others.

I got to hold the baby a couple of hours later.

I’d never planned to have children, but she was the child the Lord used to prove me wrong about that idea. She’s the child who made me a mother—that firstborn who survived all my mistakes and still loves me. Still speaks to me.

The US celebrates what we call “Mother’s Day” today. People extol the virtues of mothering, praise mothers, pamper mothers—I’m all for it.

Mothering is a hard, and sometimes thankless job.

But mothering is so much more than that. It’s a privilege, a joy—one I never could have imagined back when, in my seventeen-year-old wisdom, I decided kids weren’t for me.

And Mother’s Day, for me, is also a day of gratitude. It’s not about the gifts (until recent years, I never got any. And I never cared that I didn’t).

Okay, tangent. Last night, #4daughter inveigled two men we know to come and install a screen door for me for Mother’s Day. I may not have cared that I didn’t get gifts back when, but I love my new screen door today!

Where was I? Oh, gratitude. Right.

One thing I learned to do years ago was take a moment on Mother’s Day to step outside the “honoring” thing and give that honor where it’s due.

God blessed me with nine beautiful, brilliant, amazing kids. I can’t tell you how proud and blessed I am by each of them. They’ve all gone on to do things I could never have imagined that Thursday morning in April of 1988 when I stared down into the face of a little baby I was terrified to even change.

That baby is a mother now—has five amazing kids of her own.

She’s endured more than almost anyone I know. Life-or-death situations, financial struggles, living and somehow thriving daily with a husband who has severe clinical depression, and working harder than even my own mother.

She inspires people wherever she goes. For the record, she’s much better at this mothering thing than I am.

And I think it’s really important to say this right here and right now.

How Can You Praise the Lord When You Made Every Mistake in the Book?

Because Jesus redeems more than souls. That first daughter of mine is the amazing person she is despite my faults and failures, despite every mistake I ever made. She’s who she is because of what the Lord has done in her life—because she has yielded herself to serving Him always.

That’s the one thing I did right, you know. I taught her about Jesus. And He did the rest.

I did a fun thing… 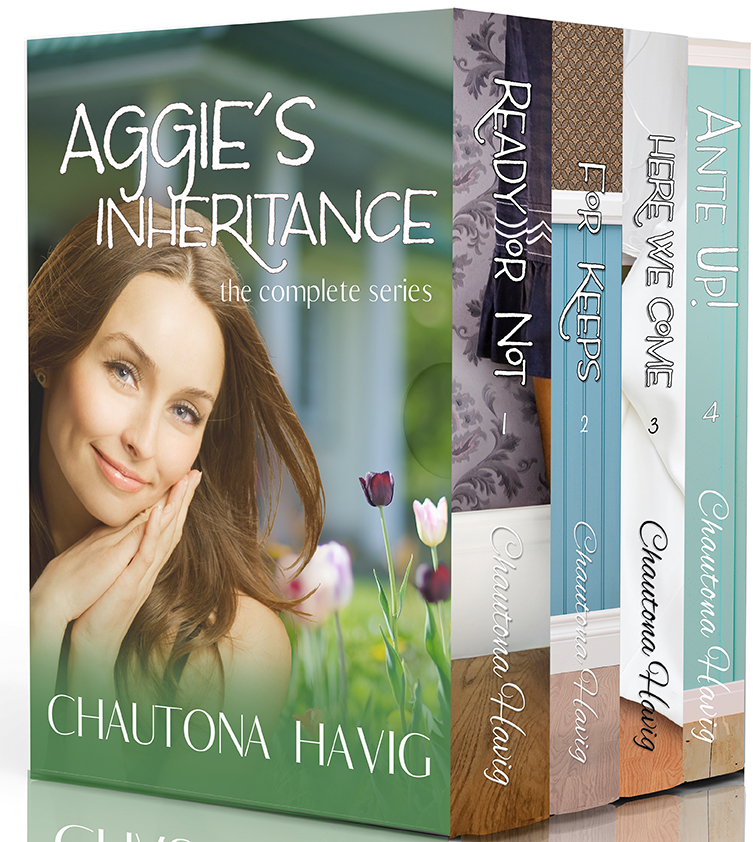 Yep! All four books in one