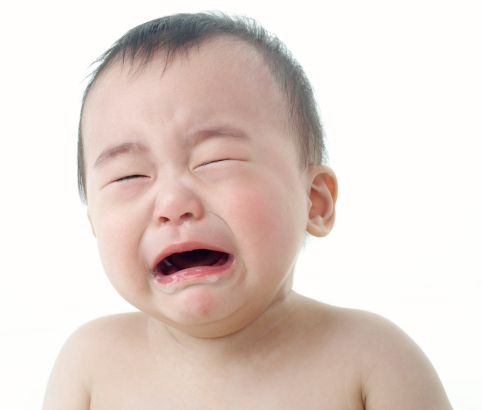 Mom was right.  Life’s not fair.

One of the best and worst parts of being an author is how many people bring you their work and say, “Can you tell me what you think?”  I’ll be brutally honest. I hate it.  I want so badly to stick my fingers in my ears and sing “How Great Thou Art” and hope they think it’s about them or something.

Look, I’m a writing snob.  When I say that, I need to do a couple of caveats.  First, just because I’m a writing snob, doesn’t mean I think I’m the only one who can write worth beans.  I’m well aware of my many writing faults.  I work constantly to fix them.  But let’s face it.  You can spot it much  more easily in someone else’s work than you can in yours.

So when people bring me a manuscript and beg me for an opinion, I always try to do it.  And I always say, “Please do not ask me for my opinion if you do not want it.  I will be as kind as possible, but I’ll be honest.  And sometimes honest hurts.”  I do this because I didn’t know I needed to in the beginning and I learned quickly that when a LOT of people say, “Will you give me your opinion?” what they really  mean is, “Will you tell me what a writing genius I am?”

Sunday night, I was working at  Denny’s (where I am now, in fact).  Shocker, I know.  The chef came over.  He’s told me about his books before, but he’s stumped with a spot and wanted help.  Here’s where things got interesting.

No joke.  He’s telling me what he wants to happen, and he keeps trying to do it too nicely.  I remember it feeling a bit surreal–almost an out of body experience.  I described the scene he needed.  Folks, it was BRUTAL.  I mean, it was so horrifying, I don’t even know how I came up with such a nightmare. It’s the kind of thing that if I saw it in a movie, I’d turn it off or walk out.  It makes Steven James’ stuff look tame.

I blinked.  Twice.  He winced.  You could see it in his eyes.  He knew it was good–it’s what the story needed–but man, he didn’t want to do it.  Me, I just tried to imagine the abject horror on all of your faces if you could hear me spouting this terrible scene idea.

Now there’s something you should know about Mr. Chef.  He’s already told me the entire story arc–in minute detail.  I’ve learned that most of the time when people can tell it that well and in that much detail… they can’t write it.  They’re the kind of people who need to dictate into a text-to-speech program or they’ll never get the words out.

He showed up at my table a little while later–big black leather journal in hand.  He’d handwritten every. single. word. of the prologue (it needs to be titled chapter 1 btw.  Most do–or cut.  Most  need to be cut.  Most of what is left should just be chapter 1.  Just sayin’.  His is no exception). Anywho.  He asks if I can read it.  I wince.  I want to cry.  Scream.  Run.

Instead, I said yes.  Yes–with a caveat.  I said, “As long as you really want the truth.  I’m not going to tell you what you want to hear.”

He insisted that he did.  And frankly, I didn’t believe him.  The look on this guy’s face screamed, “Don’t destroy my dreams!”

I went into it confident of three things.

So I read.  When he said he can’t spell, he wasn’t joking.  But really, half of it was word choice stuff–like saying someone was pail instead of pale.  Not horrible except that Word won’t help him fix that, unfortunately.

I found almost no passive writing.  Almost none. And really, when there is almost none, it isn’t the end of the world that there is some!  I found very little telling instead of showing, and when I did find it, most of it was because telling in 3 sentences what it would take three pages to show was a kindness to the reader.  I found almost no dialogue tags in the “prologue.”

Is it evil that I sagged in relief when the chapter had a bunch?

Before I tell you the next part, I have to give background he gave me.

Aside from those aforementioned dialogue tags and misspelling, the only real issue I found was the tendency to describe a bit too much.  You know, that thing that I thought meant he might not be able to write?

The guy is a seriously good writer.  He has a compelling story idea.  It’s not my genre.  I’d normally never buy it, but he is just that good. I’m thinking, WOW.  I want to see what he does with it.  Oh, and get this!  It may have been in there. I was so focused on looking for things he needed to stop doing before they became ingrained bad habits that I could have missed it, but he didn’t have much if any foul language.  It was pretty clean.  Not what I expected from vampires/werewolves/witches.  You know?  For the record, I gave him a set of K.M. Weiland’s workbooks to help him along–thinking about stuff.  I just don’t know if he needs them.  *gulp*

And a little jealous, if I’m honest.

Previous Post: « Fowl Tears: or how the world changed when a bird died
Next Post: Books for 2016: It’s gonna be a prolific year »