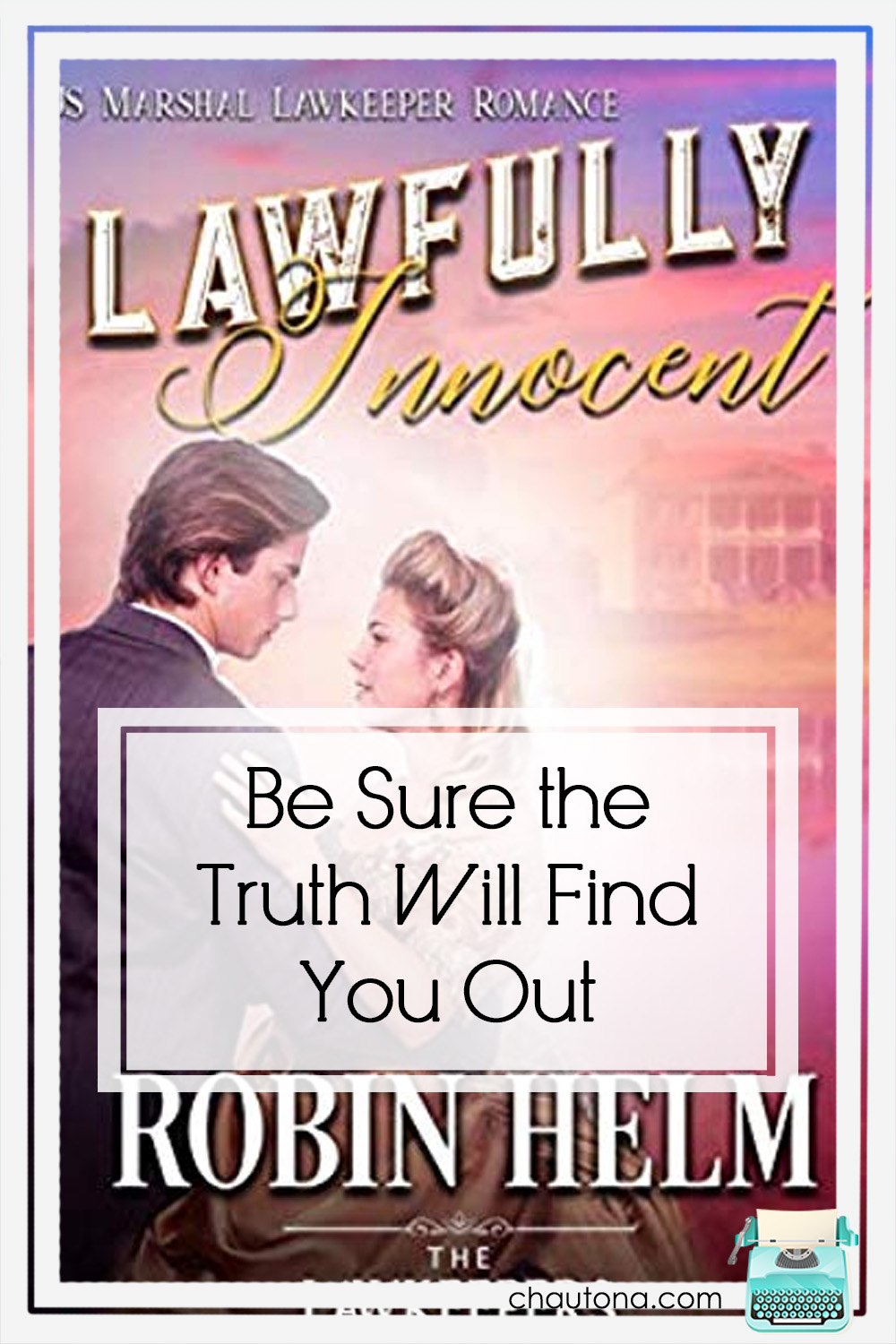 I’d like to apologize to both Robin Helm and the Celebrate Lit team for the lateness of this review of Lawfully Innocent. I’d signed up to have it posted on November 1, and here we are, half a month later. Things have been difficult lately, and I appreciate the grace both Celebrate Lit and the author have shown when I’ve not been able to do things at a pace I usually do.

Note: links may be affiliate links that provide me with a small commission at no extra expense to you.  Additionally, I was given a review copy of this book and chose to share what I thought about it.

Be Sure the Truth Will Find You Out

When I requested a free review copy of Lawfully Innocent, I didn’t quite know what to expect. I’d seen a bit about the author’s reasoning for writing the book, so when it opened in the mid-19th century, I thought I’d gotten ahold of a split-time or timeslip novel.

Instead, Lawfully Innocent chronicles the changes in the life of Benjamin Beckett as he moves from his home in England to America and assumes control of a family-held plantation.

One of my pet peeves in historical fiction is when characters have modern sensibilities about things. I believe that repainting the past with a modern understanding of things does a disservice to those who endured injustice and cruelty and it cheapens the work so many did to fight against those things. So I was nervous about Benjamin’s attitudes about slavery, education for freedmen, and similar subjects.

I think Benjamin’s English heritage and England’s earlier abolition of slavery, meant that he grew up in a post-slave era, making him a realistic and sympathetic character. I don’t believe I would have liked him as much as I did if he’d been reared even in the northern US states.

Character is the strongest element in this book. Each one is well-formed, not too perfect (although some come a little close for my taste), and distinct from the others.  Moses, actually, was my favorite character, and I’d love to see more about him.

For those bothered by such things, the text does get a little preachy.  Actually, very preachy in sections. No one could walk away from this book without knowing what God says about sinners and what God has done to redeem us.

Additionally, those bothered by info-dumping will find rather large sections of it in places–not only in narrative but also in dialogue. In dialogue, it’s more of the, “Well as you know, John,” type, and sometimes it was well hidden.

Because I enjoyed the characters and the general story, I’m giving Lawfully Innocent a rating of “I liked it.”  However, had the characters not been as interesting and memorable to me, it would have landed in the “it’s okay” category.  Had the issues I mentioned above not been present, I absolutely would have marked it as “I loved it.”

Recommended for lovers of historical fiction, of the antebellum era, and fiction where the gospel is prominently and thoroughly infused.  I read it through Kindle Unlimited, and I’m not sorry I did.

Previous Post: « What Do You Do When a Book Is Hard to Review?
Next Post: The Odd Things Books Make You Think of Sometimes »