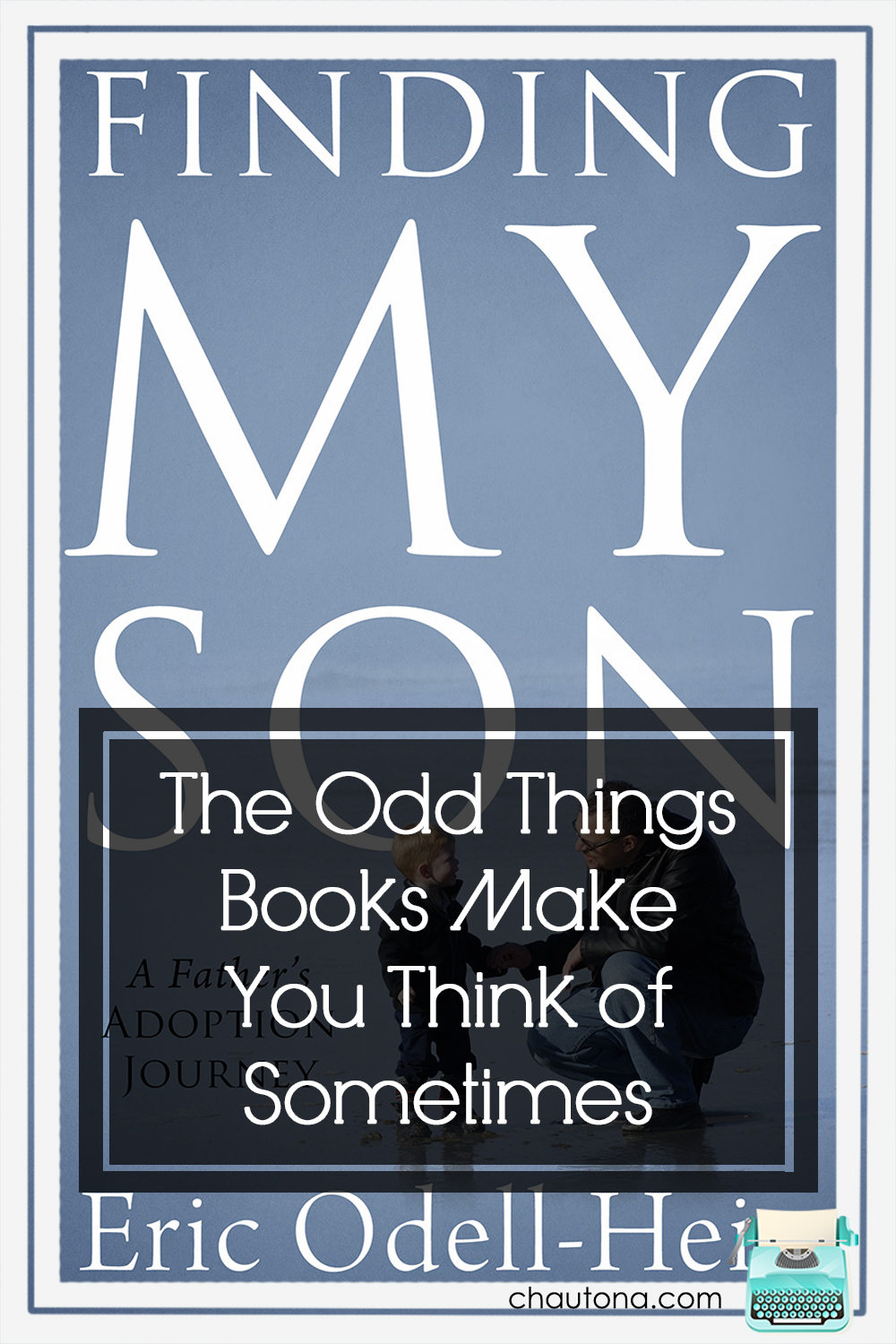 How many times have I heard that line from Finding Nemo?  At first, I was bugged by the idea that, once again, the parents are wrong and the kid is right.  That’s what I got out of it the first time I watched it.  But after a few more rounds, mostly skipping parts to see the ones we liked, I started seeing a deeper theme–multiple ones.

What does all this have to do with today’s book review?

Not much.  Not really. Still, the whole time I have looked at and read this book, I couldn’t get Marlin’s voice out of my head.  “I have to find my son!”

I wondered if that was the theme I’d find in this book, Finding My Son, on adoption.  There was only one way to find out, so I read.  And I was surprised by what I found.

Note: links may be affiliate links that provide me with a small commission at no extra expense to you. Additionally, I requested and received a free review copy of this book and chose to write this review without compensation of any kind.

The Odd Things Books Make You Think of Sometimes

I’ve heard people use those words and hundreds of others to describe their adoption process.  It’s a difficult, achingly personal road to walk, and Eric Odell-Hein does a good job showing us all the intersections, bumps, potholes, and smooth stretches.  He shows walking by faith and zooming down the highway of doubt. And all in a laid-back, conversational style.

This adoption memoir is a no-holds-barred look into how one man went from holding one position to being passionate about things he never would have dreamed of wanting much less seeking.  For those struggling with infertility, this book offers both hope and pain.  Hope that God does offer alternatives.  Pain in the wait, the uncertainty, the death of dreams, of so many things I can’t hope to understand.

The story engaged me and mostly held my attention. Some parts are oddly specific, but as a whole, it read exactly as one would expect.  While it wasn’t necessarily in my top books of 2019, I’m not sorry I requested and received the free review copy I read, and I did enjoy it well enough. I think the story would best recommended for folks dealing with infertility, considering adoption, or who love memoirs on either of those subjects.

Finding My Son is on tour with Celebrate Lit 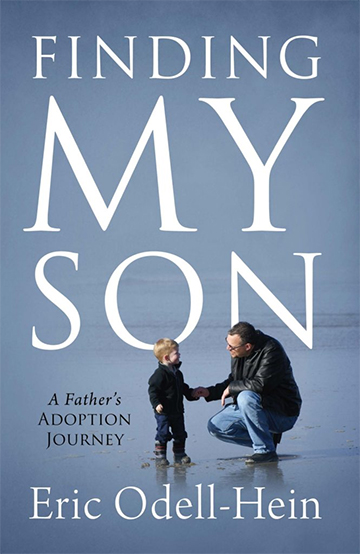 Eric was perfectly happy being one half of a dual-income, no-kids family. Having the freedom to travel the world with his wife Christine, while indulging his hobbies and furthering his education and career, was a pretty sweet life.

Christine wanted to be a mom.

Though he was scared he didn’t have what it took to be a good dad, Eric wanted to fulfill his wife’s dream. After years of trying to conceive, however, the couple received a devastating diagnosis: infertility.

For Christine, adoption was the obvious answer. Eric wasn’t so sure.

In Finding My Son: A Father’s Adoption Journey, author Eric Odell-Hein offers an unfiltered view into the heart and mind of a man who has experienced the sometimes messy and often awkward process of becoming a father through adoption. Encouraging men to acknowledge the fears they don’t want to admit while advocating a thoughtful, deliberate transparency as the best approach to even the most unnatural, uncomfortable aspects of the adoption process. Eric shares his misgivings and mistakes with an honesty that does not deny his insecurities.

A valuable resource for any man considering growing his family through adoption—or anyone seeking to understand the process—this engaging memoir is a testament to the beautiful gift of adoption and a touching account of a father’s love. 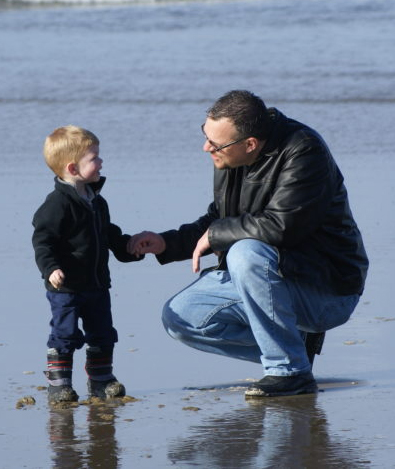 Eric Odell-Hein (PhD, MDiv, MRS, ThB) is the president of Columbia Evangelical Seminary. The teaching pastor at Summit Evangelical Free Church, he is also the author of Recovering Lost Treasure: Finding Christ in Ancient Myth, Symbol, and Ritual and Systems of Evil: A Study in Comparative Theodicy. Eric lives in the beautiful Pacific Northwest with his wife Christine and their son Ephraim. All three are passionate travelers.

Adoption was a scary prospect for me. My mother and all her siblings are adopted, and the family dynamic for them was challenging. So when my wife decided we should adopt, I initially responded with a flat-out “no.” But my heart changed, and I am strongly convinced that our son, who joined us via adoption back in 2008 when he was just two days old, is the greatest child in the entire world. If you knew where I was emotionally prior to adoption compared with where I am now, you would marvel at the change. My adoption book is for people like me, particularly men, who struggle with the enormity of the choice to adopt and the constant challenges of the process.

On a lighter and more personal side, when people learn about all the various aspects of my life, they often have to stop and process the seemingly incongruous pieces. Some people know me as a guy who has spent more than two decades in software and entertainment, primarily in various aspects of behind-the-scenes video game technology and management. My entire family plays games, and more often than not, when I get back home in the evening, I find my wife and son online with other members of the extended family playing Minecraft.

Sometimes we’ll all get in an online session together, each one of us at our own TV on our own Xbox, and take on bad guys together in one game or another.

Other people know my intellectual side, where I have earned several degrees in areas of theology and religion, including a Ph.D., as well as serving as president of Columbia Evangelical Seminary. I previously published two books on academic topics (evil among world religions, religious symbology) and have more in various stages of development, the next one being a focus on the ancient Near Eastern (ANE) cosmogonic/chaos-order symbolism in baptism. As a teaching pastor, I have a reputation for sermons with an intense ANE contextual emphasis that are part sermon and part seminary course. Check out my most recent four-part series on the Odell-Hein Books Facebook page here.

I was born in Germany to an American family, and while my German-language skills have deteriorated, I love German music. I’m very excited that my favorite group, Juli, has a new album coming out later this year. It’s mild stuff compared to most of the rock or industrial music I listen to, but they’re good. Check out the first single from their upcoming album here. I’ll be one of the small handful of Americans who purchase the album on the day it first releases in the US.

When not working or playing games with the family, I read primarily academic ANE books. When we’re in the car, I love to subject the family to my go-to podcast, the Naked Bible Podcast. No, it’s not what it sounds like. If you want to hear a serious scholar tackle the ANE context for the Bible, start with Dr. Michael Heiser’s Exodus series (it begins with episode 255).

By The Book, November 16 (Author Interview)

To celebrate his tour, Eric is giving away the grand prize package of a $50 Amazon certificate and a signed copy of each of his three books, including Finding My Son!!

Okay... accountability here. Today is day 4 out of

Neville is still pouting that he can't read. Just

A new Madeline is coming out soon! Here's a look b