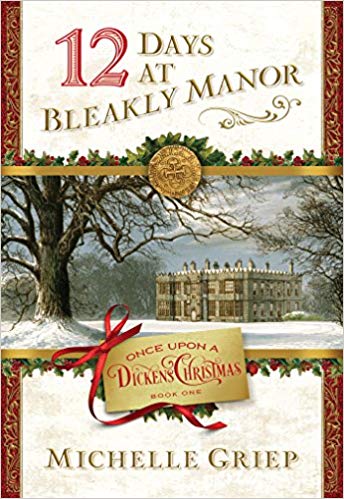 “Whatcha readin’?” (said with a perfect imitation of Isabella from Phineas and Ferb).

I passed the book across the table with great reluctance. “12 Days at Bleakly Manor.”

He gave it a cursory glance. “What’s it about?”

“The author gave Charles Dickens a bit of writer’s block and had him set up an elaborate scheme to watch how people handle things if they just stay in one house for twelve days at Christmas. There are allusions to characters in Bleak House, but I actually see other characters in it as well—Little Dorrit and Our Mutual Friend for instance.”

“Interesting. How’d you hear about it?” I explained about the blog tour company from which I request books to read and review. That prompted a nod and the light of understanding in his eyes. “Aah… so a favorite author, then.”

I shook my head and grinned as understanding shifted to surprise. There’s something a bit satisfying when one can trip someone up. “I’d never heard of her before, but she is a new favorite author. I guarantee if another of her books are offered, I’ll hit the request button faster than I can say, ‘Yes!’”

Four more times so far. To read all the previous reviews you can here:

And of course, you’re reading the fourth/fifth here. Ladies of Intrigue.

Oh, yeah. When Ladies of Intrigue popped up for review, I requested a copy without even bothering to read the synopsis. I mean, why would I? Michelle Griep has never steered me wrong—except perhaps in the pronunciation of her surname. Is it “Grape,” “Greep,” or “Gripe”? People with strangely-pronounced names wish to know.

When it arrived, with its stunningly beautiful cover, I flipped it over to read. Three books in one! Score! Yes, they were novellas. No, novellas are not my cuppa… usually. There are exceptions, and I suspected Ms. Griep would be one. Then I checked the dates. 1815-1890. The novels span seventy-five years! From Regency England, to Dakota Territory, to Minnesota (okay, those last two feel a little Laura Ingalls-ish, don’t they?).

I knew I’d love it—just knew it. I also knew that I’d get to see the changes in history and location play out on the page in a way I don’t even know if the author intended. That intrigued me! 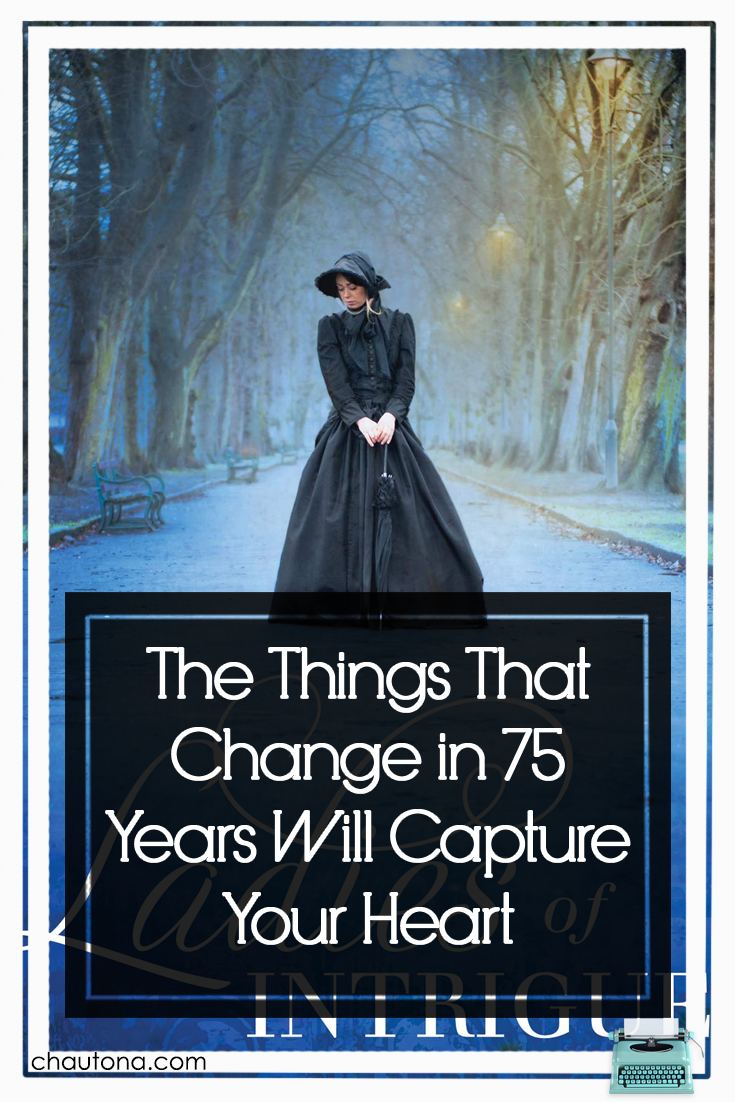 Note: some links are affiliate links that provide me with a small commission at no extra expense to you.

The Things That Change In 75 Years Will Capture Your Heart

Let’s start with locations. Cornish seaside? I couldn’t help but picture the little village of Port Isaac (called Portwenn in the Doc Martin series) as being “just around the bend” while I read. That’s one great thing about watching British shows—you get to see some of those places that you read about in other books.

Dakota Territory? The draw of my father’s ballads… rugged land, tensions between natives and military, the bitter cold of Laura Ingalls’ winters. I felt as though I walked with Emmy and saw the heartbreak and pain suffered there.

St. Paul, Minnesota? I’ve been there—sleek skyscrapers, traffic, airports… one-half of the “Twin Cities.” But in A House of Secrets, Ms. Griep showed me an older, seedier side of the town. No, I guess that part of it doesn’t “capture your heart,” but what happens there—what her Joseph does—definitely will.

As I’ve often said, I don’t usually care for novellas. They often feel rushed—incomplete. Usually, I want more, and not in a good way. When a reader wants more because they don’t want a story to end, that’s every author’s dream. However, when a reader wants more because they feel as though they’ve been left with an incomplete story… That’s how I usually feel about novellas.

Not these. While I’ve no doubt that Ms. Griep could have turned each one of these into a full-length novel, I didn’t once feel as though I was being dragged past the bullet points of a story. Instead, she wrote each one complete, even if snack-sized instead of a full meal.

Okay, so the characters in these books will capture your heart as well. Seriously, I loved all of them, which is pretty cool. With three books and three time periods—not to mention three locations, the chance that I wouldn’t like one of them was high. Didn’t happen. The only people I didn’t like were ones I wasn’t supposed to. And Ms. Griep did a great job of making me dislike them.

There’s something else about Ladies of Intrigue that you should know.

I said this was about things that did change. But things that didn’t were even more interesting. Each girl had similar attributes. They were all strong without being ridiculously so and each knew her own heart. That was such a nice thing after reading several recently where the girls couldn’t possibly guess what was happening in that important organ! Whatever could this be!?! Gag.

Ms. Griep didn’t do that to me. I’d plop down five stars for that right away. Just sayin’.

Still, with similar elements to their personalities, the girls didn’t feel like a more modern, carbon copy of the previous one(s). Each girl had her own unique story, her own personality, her own reactions to what happened to her. This takes a killer understanding of human nature, and the author showed that beautifully.

Another thing that didn’t change was her phenomenal writing.

Ms. Griep first intrigued me with her ability to take a scene and describe every bit of it that I need to know—and with as few words as possible. Unlike some authors who spend pages describing a single room, *cough, Dickens* she wields her word brush with delicate care. Turns of phrases capture your attention without slipping into personal prose.

In fact, the only thing about the writing that tripped me up was both the second and the third characters, about thirty years apart, used the exclamation, “La!” It jarred me out of the second story a bit. I don’t know if it’s just something incredibly popular among young ladies of the latter half of the 19th century, or if she got into that habit and didn’t realize she’d done it twice in a row.

Seriously, though, if that’s all I have to complain about, well… I’ll take it. I’m so glad I requested a review copy, and I’ll be looking forward to her next book.

Recommended for lovers of historical fiction, books about plucky girls who aren’t determined to prove their superiority to men, and novellas! Three in one, folks!

Previous Post: « Patriotism and Heroism and Why It Matters in a Book
Next Post: An Unusual Way for Mothers to Be Intentional This Lent »