Knights and castles.  Ladies in waiting.  Arthur, Guinevere, and Lancelot. The stories of romance and chivalry.  I always hated them.  I considered Guinevere a spoiled shameless woman; Lancelot, a peacock masquerading as a man; and Arthur, not worthy of his title of king.

Jousting doesn’t thrill my soul.  I’d rather watch baseball.  (For my opinions on baseball, see THIS POST.) Honestly, they expect me to take two men in metal riding at each other with sticks seriously?  At least the Scots threw poles with brute strength and tossed rocks with abandon!  At least they danced!  Honestly, Sir Modred demonstrated more gumption than the rest of the knights put together. 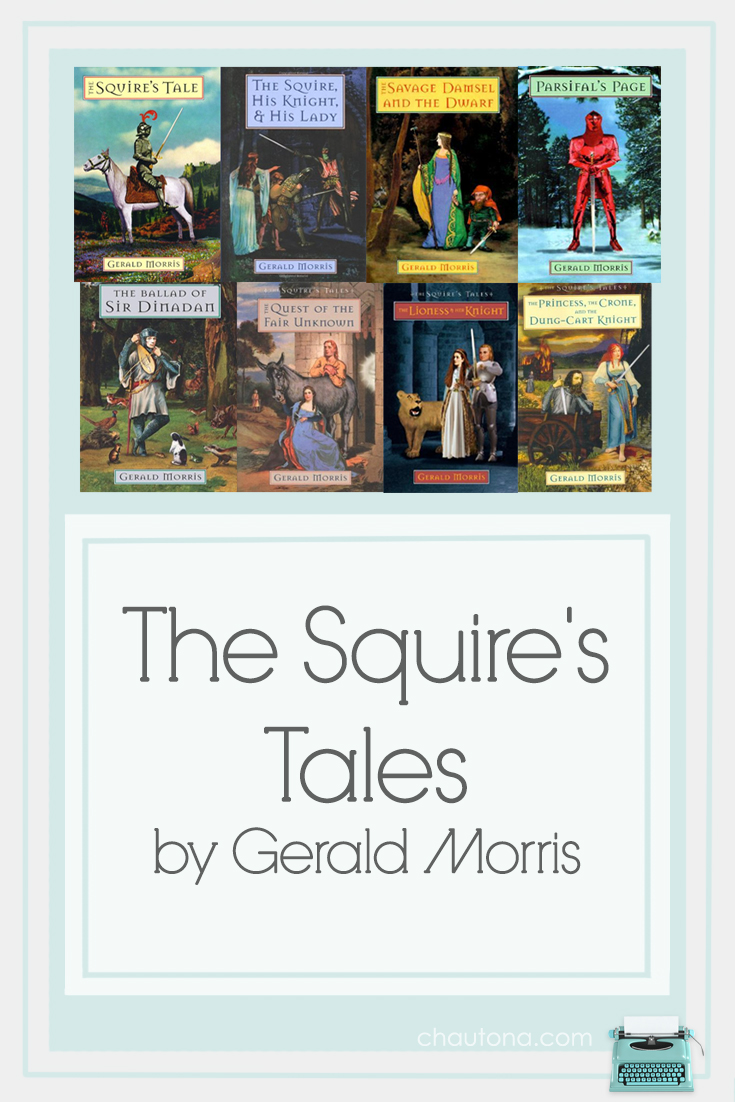 (Links in this post are likely affiliate links and as such, I  may receive a commission at no additional cost to you)

So how did I become a fan of a series of books like The Squire’s Tales?   I happened to read a blurb about one (the seventh in the series, I think), and it sounded funny.  It was a “no-good-very-bad day,” and a funny book sounded delightful.  I bought it.  As you can see, this alone should have shown my mental state.  I have a bad day today, so I’ll buy a book today, and read it on what will probably be a marvelous day.  After all, bad days don’t happen that often! 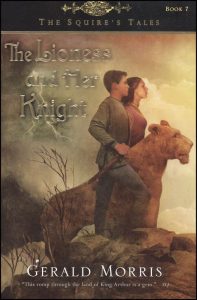 Well the book, The Lioness, and Her Knight, arrived on an afternoon when the house was unusually empty.  Lorna snoozed in my bed, Ethan built masterpieces of Lego proportions in the living room, and the rest were off with friends, racing around the desert or some such nonsense. To show why I was so eager to read the book, here is the publisher’s synopses and a couple of reviews.

Luneta is tired of living in dull Orkney with her mother and father (who happens to be the most boring knight of King Arthur’s Round Table). She prides herself on always getting what she wants, so when the opportunity presents itself, she jumps at the chance to stay at a family friend’s castle near Camelot. Her handsome cousin, Sir Ywain —a young knight seeking adventure—arrives just in time to escort her to King Arthur’s court. Along the way, they pick up a knight-turned-fool named Rhience, whose wit and audacity set many a puffed-up personality in its place. Before arriving at Lady Laudine’s castle, the trio stops at Camelot, where they hear the story of the Storm Stone, a magical object deep in the forest that soon sweeps everyone into a web of love, betrayal, and more than a bit of magic.

“Adventure, magic, love, and knights of the realm collide in this delightfully witty tale from the legend of King Arthur. . . . With characters reminiscent of a Monty Python sketch and a knight with a Don Quixote complex, this romp through the land of King Arthur is a gem.” –School Library Journal

“Morris balances farce and drama with ease, and his main characters are memorable, sympathetic, and frequently hilarious.” —Horn Book

Honestly, I laughed through the entire book.  I rolled, I roared, I got more raised eyebrows from my kids than I can count.  I read sections to my husband who dutifully smiled and snickered as the occasion warranted.  He is so obliging.

I decided that it was worth a shot.  Maybe, just maybe, the first book would be at least semi-enjoyable.  It was.  I read the second book.  Loved it.  I passed them on to friends.  I bought more.  In fact, I personally have purchased four complete sets!

I’ve never been a fan of the Arthurian Legends.  These books do what someone should have done years ago.  They take all of the stories, from all of the sources, cultures, and languages, and pull the best from them into one great story.

A few of my favorite things in these books:

Lancelot:  Morris shows him as the philandering creep that he was without defiling my mind to do it.  Later, we see him as a repentant and worthy man.  What a concept!  Repentance.  What will they think of next?

Guinevere:  Morris doesn’t hide the fact that she was a silly self-absorbed woman.  He doesn’t romanticize and idolize her as some messed up notion. She’s not the epitome of femininity in these books.  It’s about time.

Arthur:  In Morris’ stories, Arthur is a hurting husband.  Morris shows Arthur’s wife’s mental infidelity as the home-wrecking thing that it is.  We see Arthur as a loving and forgiving man but one who is strong and unyielding in the face of wrong too.

Tristan and Isolde:  A totally different take than the movie version.  I loved it.

The Hermits of the Wood:  Oh boy.  This was marvelous.  So these knights wander through a wood and come across a few hermitages.  The first hermit was clearly a Calvinist.  As I read it, not realizing there would be more and different hermits, I thought that Morris must be a Reformed Baptist.  He captured the Reformed view perfectly with just a hint of, what I presumed to be self-teasing.

Then you came to the next hermit.  Charismatic or Pentecostal, I’m not quite sure which, this man tried desperately to bring them to grief and repentance over their sins.  He pushed, he pleaded.  He wanted them to weep for their lot.  I regret to say that he failed.

The final hermit was a pleasant fellow but a bit non-descript.  Though clearly pious, it was not shown in a way that could define his theology.  I imagine there might be a smidge of Morris himself in this hermit.  Mr. Hermit spoke of both of the other hermits and asked if they’d wept for the second.  The knights admitted that they had not.  Alas, the hermit was disappointed.  “Oh, it means so much to him if you cry.”

Talk about side-splitting. (Note: this is not sarcasm.  It truly was.  I still snicker just thinking of it 9 years later!!!)

Get the books.  Go to, Amazon, the library, eBay, whatever it takes but get the books.  You won’t regret it and you just might learn to enjoy Arthur.  Now that’s amazing!

Ok, if I haven’t convinced you yet, I could mention that #4 daughter had a less than thrilled attitude about having to read the first book.  While she knew better than to truly complain, she was not excited about it in the least.  It took a reminder that there was a deadline.  The shelf of eight more books proved a bit daunting as well.  However, I am pleased to say that she started on the second book without even a hint of a reminder and now speaks of Terrance as though he is a dear friend.   They’re that good.

Caveat:  These books DO have the “other world” stories of Morgan le Fey and similar “magical” things that are in the original legends.  If these things violate your conscience, I am afraid I’ve just wasted your reading time and for that, I apologize.

This post originally posted on Paradoxology in August of 2007. I still love them.