I was a kid in the seventies.  I mean, you almost couldn’t BE a more seventies kid than me.  Time-wise, anyway.  I was born in 1970–on the first anniversary of man landing on the moon. WOOT!  Most of the other 70’s kid stuff didn’t really apply to me.  I didn’t watch much TV, I didn’t get into pop culture, and I was not fond of the music.  Not at all.  I don’t remember many commercials either, but this one… this one I do.  And I LOVED it as a kid.

Let’s face it.  This is a masterpiece of commercial jingle-ism. Whoever created it better be RICH.  40 years later, I’m still singing it.  In the interest of full disclosure, I also sang, “I wish I were an Oscar Meyer weiner…”  Yeah.  How did THAT ever make it?  No clue.

What do these 4 all-American things have in common?

I can’t stand any of them.  Especially baseball. 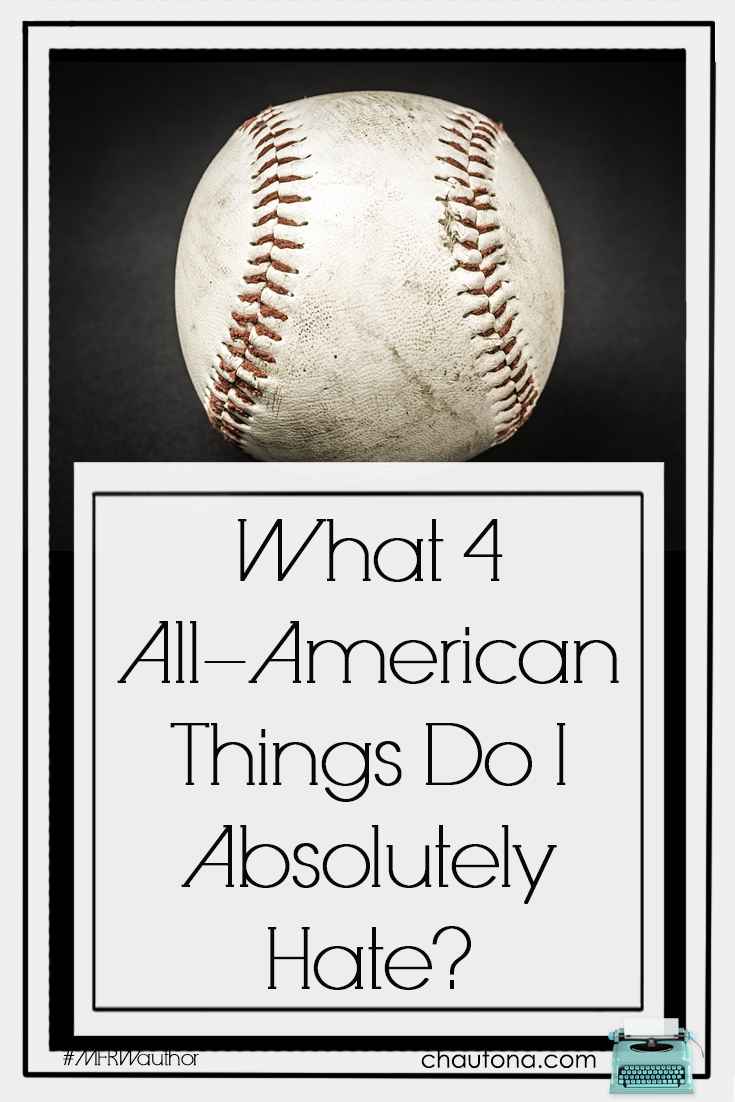 I promised in THIS POST an expose of my opinions on baseball (adapted from an old blog post on an even older blog) so here it is in all of its boring glory.  Pun intended.

Let’s set the scene. Ok, so you go to a ballgame.  It’s hot (or freezing cold), crowds of people wait in line to get into the stands, and after waiting for what felt like HOURS just to get in, you slide your money across and receive that over-priced ticket.

Let me tell you a secret.  They do this deliberately. It’s actually a kindness, all that time in the sun, burning to a crisp… yeah.  It is.  Because you’ll be wishing you could stand all too soon.

You find your seat.  Yep. There it is, your piece of metal or wood planking. Oh, so comfy

You order the nasty dogs  (aren’t you all-American!), grab some salted peanuts (which are only sold to convince you to purchase an overpriced drink) and you sit and wait.

Shift in your seat.

Wait–but this time in a line outside the mile-long queue for the bathroom.

Panicked, you dash back out in record time (after taking record time to get IN there) and rush back to your seat, sure you’ve missed the first inning.

Then, someone who can’t sing, or who can but is possessed by the erroneous idea that our national anthem must be sung as terribly as possible in order to stick to some unwritten law, stands and butchers the Star Spangled Banner.  Add more vibrato and half a dozen runs here.

Fine, I’ll confess. I don’t cry over very many things, but that made me tear up.  God bless the USA… what’s left of her.

Back to the ol’ ballgame.

Bad news. You gotta sit again.  That big, burly dude behind you is probably usually a squishy teddy bear, but do you want to risk it while you’re blocking his view of an empty field?

At least your bum is circulating again.  No worries, it’ll be numb again soon.  I promise. 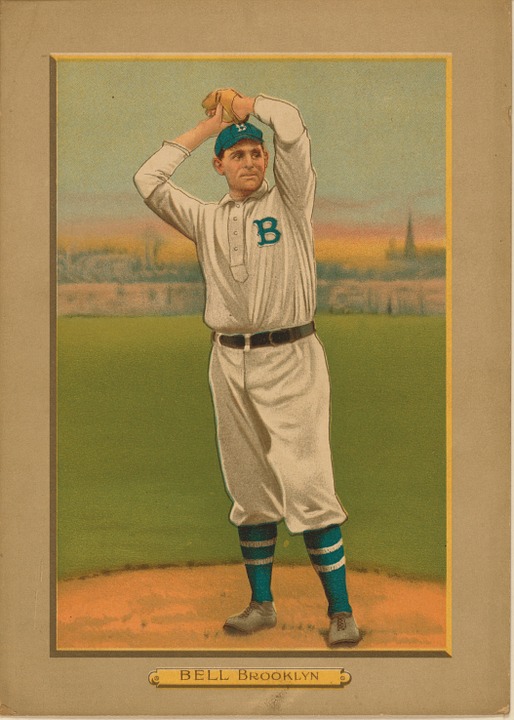 Finally, you see people appear and… OH, MY CONVERSE SNEAKERS! The first pitch is thrown! This is probably the most interesting thing that will happen for a long time.  Make sure you don’t miss it.  Then again, it’s only ceremonial so don’t get too excited.

So now they warm up.  They stretch, they scratch, they pound their gloves with a ball. I personally want to start an organization to fight the abuse of baseball gloves in this manner, but people always laugh when I say it.  Who knew people were so heartless?

Finally, a guy leaves the dugout.  Oh boy.  We might see some action.  Please note that in a basketball game, by this time, there have been at least a few points made.  Probably by both sides.  Yes, I have ADD.  Baseball proves it.

Yep, he throws one aside.

He looks mad.  Can’t blame him.  Two bats are better than one I always say.  Maybe he’s got bad eyesight.  Probably.

So, he stands at the plate.  He shifts.  Raises the bat.  Shifts again.  The catcher scratches himself, and the pitcher nods.  He winds.  Spins.  He throws to second base.

WHY DID HE DO THAT!  The first ball hasn’t been hit yet!  Sheesh!

Lather.  Rinse.  Repeat.  Except for the second base part.

So then, finally… a ball passes the plate.  The guy didn’t swing.

Ok, at this point, we’ve been sitting in the stands for 45 minutes at the very least, the first pitch was twenty minutes ago, and we still haven’t even had a hit or a strike!

Finally, after two more balls and a strike, the guy hits the ball.

via GIPHY (thanks, folks!)

This is why I hate baseball.  It is the most tedious, boring, inane game to watch.  However, I will say, it is more fun to play.    Oh, and I love that seventh inning stretch!

Nelly Kelly the baseball dame
Knew the players knew all their names
You could see her there every day
Shout HORRAY while they play.

Her boyfriend by the name of Joe.
Said, “To Coney Isle, dear, we’ll go.”
Nelly started to fret and pout,
And to him I heard her shout, HEY!

Take me out to the ballgame
Take me out to the crowd
Buy me some peanuts and Cracker  Jacks (I thnk she was angling for a prize ring and a proposal myself)
I don’t care if I never get back.
Let me root, root, root for the home team.
If they don’t win it’s a shame.
For it’s one, two, three strikes you’re out…

At the old, ball game!

(this version from the MGM movie, Take Me Out to the Ballgame with Frank Sinatra & Gene Kelly)

Yeah.  I’d love to blame heartburn or stomach trouble from that baseball game for my dislike of hotdogs, but it goes back WAY further than that.  Just never been a fan–not even of Oscar Meyer (my apologies to the company). Bratwurst?  YUM!  Polska Kielbasa.  Double Yum! Even a nice summer sausage. 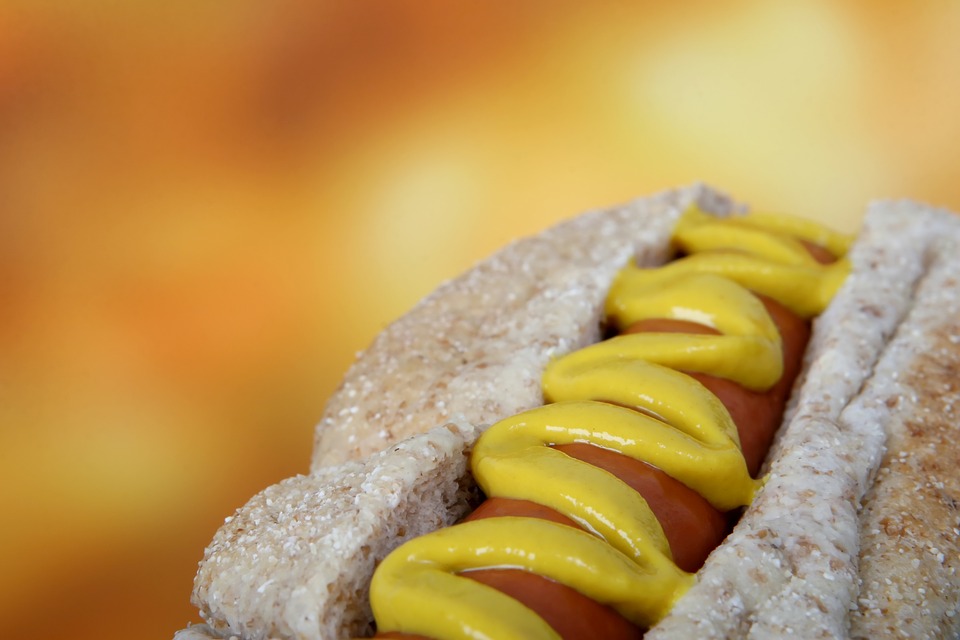 Hot dogs, not so much.

My husband loves them. Well, if they are served “the way God intended” with only the bun, the dog, and ketchup.  If he’s in the mood to go exotic, he’ll do bun, dog, chili, and CHEESE. Whoa, Nellie! But, give him simple and sweet and he’s happy.

Me… on the occasion that I do eat one, I want mayo, mustard, ketchup, relish, onions, and anything else I can pile on that sucker.  Basically, let’s make sure we mask the flavor.  One notable exception.  My Chicago visit with Audrey included a trip to “Super Dog” or something like that–AFTER CLOSING.  She got them to open up and make a dog.  It was worth it.  GOOD dog.  Then again, I was starving, so I might have even liked… 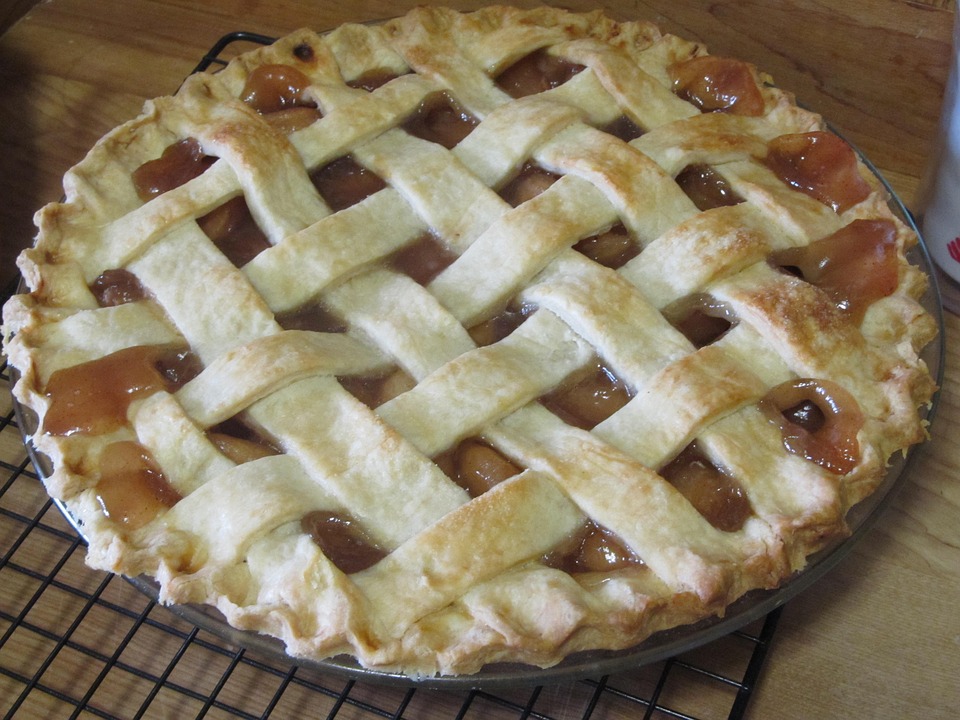 I like apples.  Sometimes.  Give me a crisp, juicy, slightly tart and slightly sweet apple, and I LOVE IT.  The problem is, most apples aren’t like that.

To be fair, I don’t like most of my fruit cooked.  Apples, peaches, pears, plums… not a fan.  Berries and cherries–totally different story.  Bring on the pies and cobblers, baby!  Except for strawberries.  Why?  Why would you do that to them?  Just… why?

Oh, and for the record, now and then I’ve been known to crave a hot dog.  Always shocks the fam.  You should know I’ve NEVER craved apple pie.  And if I ever do, I won’t tell them.  It would likely cause cardiac arrests across the board.

Or, they’d all drag me outside to one of the half-dozen vehicles in the Havig fleet and demand I pick one for a trip to the ER.  That would be easy.

You see, we have no Chevrolets. 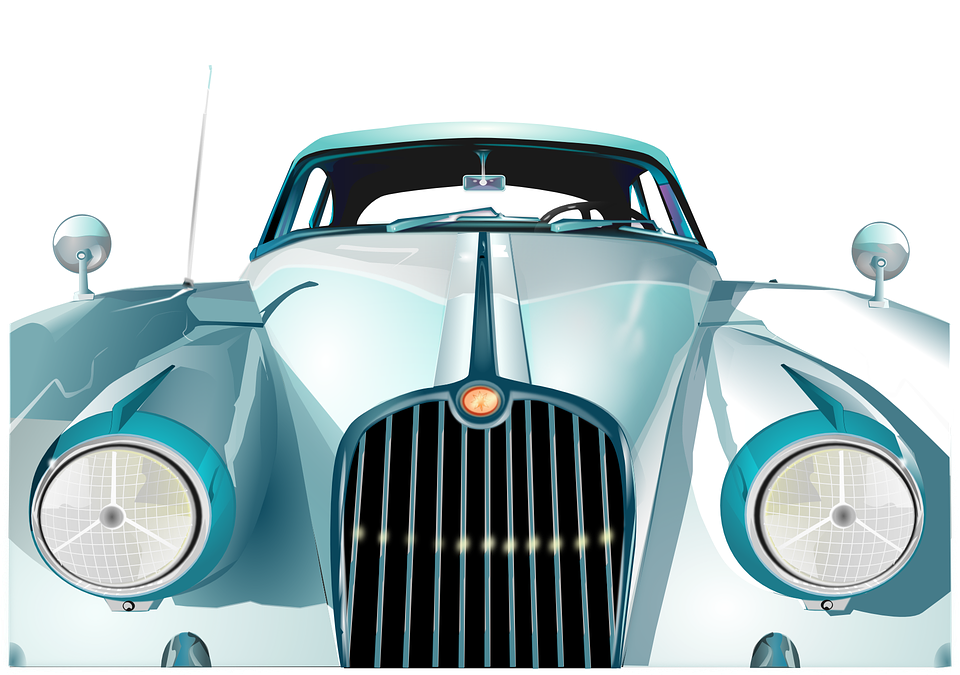 Part of me wants to say that’s because it’s a French name derived from the French word for goat.  And well, that would mean it’s all about people who raise goats.  I don’t want a goat cart. I want a car.

But it’s really just unjust prejudice. A Chevy Silverado crashed into our little Ford Ranchero when I was 9.

I’ve never forgiven Chevy since.  It’s not their fault, but who can comprehend the irrational ideas of children?

But really, I’d put hot dogs on the weekly menu rotation, bake and eat an apple pie every week, and my next car would be a Chevy Cruze if I could just be assured that I would never, ever, EVER have to endure another baseball game again.

So… who’s calling immigration to get me tossed out of the country?

Previous Post: « Why “All You Need” Is Brilliant & Annoying
Next Post: Who Are My Cheerleaders? These 7 Fabulous Folks »