It was all quite incredible, really. A flowery Valentine card, filled with his eloquent poetry, had been sent to the wrong lady. And so charmed was she by this, that he was now her bridegroom. Well, a week from now he would be.

At the moment Sir Walter Elliot sat gazing at a blank sheet of paper on the desk. Crafting a wedding announcement, to be sent in advance of the event, to the Bath Gazette and the leading London newspapers, was more challenging than he supposed.

For anyone could write a bald-faced statement of the fact. Sir Walter, on the other hand, wished not only to increase his social presence but also to inspire admiration. No, better yet, a sense of awe. After all, not just any gentleman could land a bride as well-endowed as his.

Thus he must word the announcement perfectly. For Miss Austen herself had once told him, “One may as well be single if the wedding is not to be in print.”

There had been a few snags.

Sir Walter’s first choice of venue was oh-so-fashionable Mayfair’s parish church, St. George Hanover Square. Unfortunately, neither he nor Lady Catherine were residents of Mayfair—yet. Then too, the calendar for weddings was notoriously crowded. Sir Walter dared not delay the ceremony. His bride might change her mind.

Lady Catherine had been surprisingly stubborn about the special license, even though it could be easily obtained. “For surely you have the necessary connections, my dear,” Sir Walter had said. Not that he cared for the prestige of this license per se, but the ceremony could have been performed at her brother’s residence. Would not that look fine in print?

Sir Walter sighed. The man would not be present for the wedding. Nor would any of the guests be considered prominent, aside from Lady Catherine’s nephews. Since Mr. Darcy was not fond of London society, mentioning his name would not be useful. Such a pity.

He could scarcely refer to his bride’s attire, either—for she was having nothing new made up—or the destination for their wedding trip. Indeed, the latter was still being negotiated. At present, Lady Catherine was holding out for a visit to Kew Gardens—as if this were a destination! And Sir Walter was willing to acquiesce, as long as the money saved could be spent on a full-length bridal portrait for the gallery, with a copy to be made for his own Kellynch Hall.

“For there is no point in looking as handsome as we do,” he had told her, “if it is not recorded for posterity to admire.”

The unhappy truth was this: Sir Walter Elliot, the prize of the Bath marriage mart, was to be married in an ordinary parish church with no attendants and few witnesses.

But they would be married. That was the material point.

“First comes love, then comes marriage—” Sir Walter repeated to himself. “And then, with her splendid fortune at hand, comes all the rest.”

One did what one could.

Thus Sir Walter manfully dipped his pen in the inkpot and wrote:

Lady Catherine de Bourgh, of Rosings Park Estate, and Sir Walter Elliot, of Kellynch Hall, were married on the 16th, at the parish church of Hunsford, Kent. A number of friends of the contracting parties were present, who, in conjunction with numerous acquaintances, wished the newly-wedded pair all the joys of felicity.

To read more of Laura Hile’s short Austen-inspired stories, these are available, too!

A Trifle Disguised, He Said (Mr. Collins has had “a little too much wine” the night before, to his wife’s annoyance) 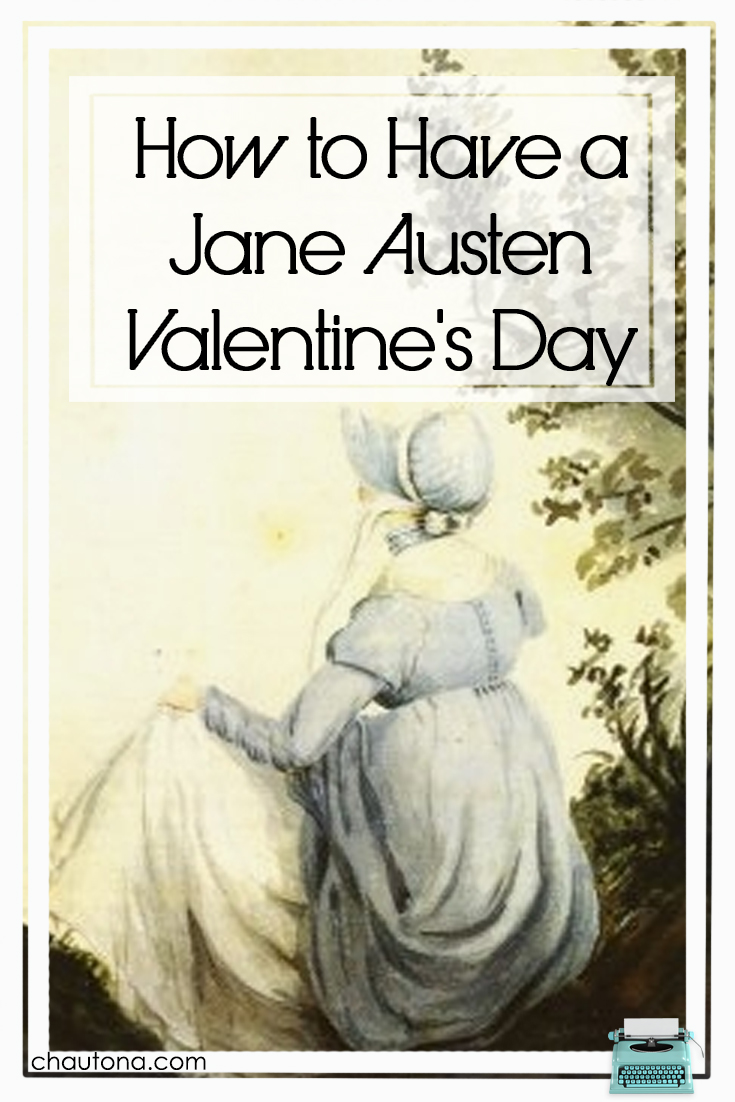 Links on this post may be affiliate links for which I receive compensation from the owner of the website.

How to Have a Jane Austen Valentine’s Day

As I said in THIS REVIEW of A Very Austen Valentine, it is never too early to read Valentine’s stories. I contend that it is also never too late! This collection of SIX Austen-inspired romantic novellas includes such favorite characters as Elizabeth Bennett, Anne Elliot, and her much-esteemed father, Sir Walter Elliot!

From wise lessons in handling marriage disappointments and some fabulous storytelling from Robin Helm (just a caveat… it’s more sensual than the others!) to comedic relief in the form of the irrepressible and aforementioned Mr. Elliot, you will see how some stories could have happened, what might have happened after others, and fanciful tales in the middle–including a delightful one about two different books’ children and what happened when they grew up.

What does this have to do with how to have a Jane Austen Valentine’s Day?  Well… I hopped into Superman’s phone booth and a mad scientist in there took me back into time.  I stepped out of a blue police box to find Jane Austen standing there giving me an expression that made me think of Caroline Bingley’s, “I’m all astonishment!”

I’d say we can forgive her the bug eyes in this instance, don’t you think?

Anyway, I asked her. “How would you advise young ladies and married women spend their Valentine’s Days so that they feel as if they’ve had a “proper Austen Valentine’s Day?”  (For what it’s worth, I think she is convinced of my lack of sanity).

She said, “I think the perfect day would include a new book by a favorite author.”

When pressed, she did say that her books contain sufficient romance for the day and for someone of any age or situation in life.  I told her how popular her works still were and that people even wrote additional or alternate stories for her characters.  When I told her about A Very Austen Valentine Collection, she gave me a prim nod of approval.

“Now, if you would be so kind as to remove that blue box…” 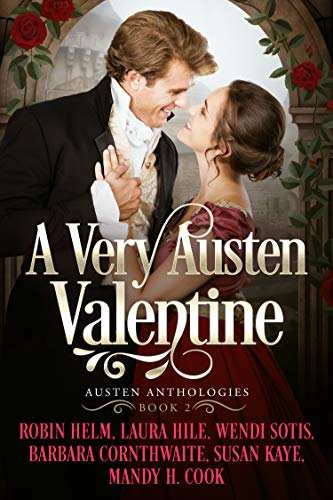 Experience uplifting romance, laugh-out-loud humor, and poignant regret as these authors deftly tug on your heartstrings this Valentine’s Day.

Previous Post: « Novelly Upon A Time is the Best Book I Read Last Month
Next Post: Can You Really Write a Great Novel about Food? »