Hold Me Close–what a fun title!

Why?  Well, unlike in most historical romance, Hold Me Close doesn’t have a romantic significance. Okay, maybe I am wrong.  You see, “hold me close” in this sense signifies one character’s desire for the Lord to “hold her close” and keep her from wandering from Him.  And if you add the Lord’s comparisons of the church as His bride and Song of Solomon, I suppose you could stretch it… but I’d rather not. 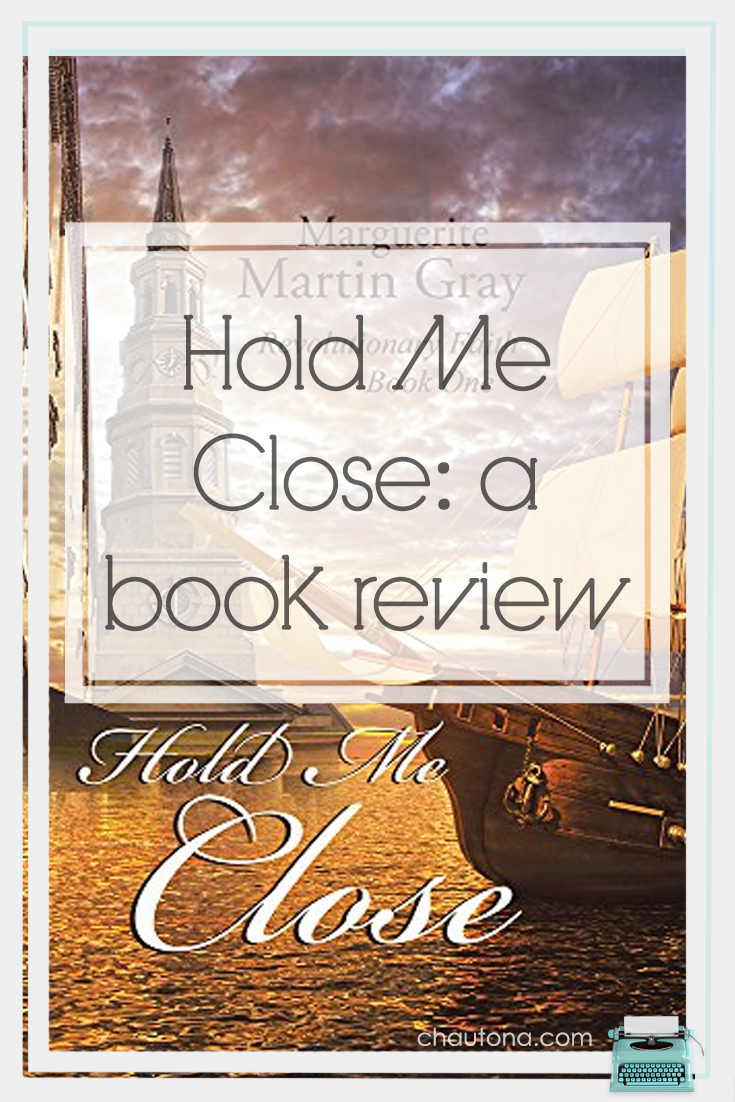 (Note: links in this post may be affiliate links and as such, I will receive a small commission at no extra cost to you.)

Marguerite Gray set this book in Charleston, South Carolina in 1772–back when it was still called “Charles Town.”  The town teems with disgruntled colonists and angry Loyalists, and the combination becomes a powder keg ready to explode.  See what I did there?  I amuse myself.  And I digress.

One of the loveliest things about this book is that the author based the main characters on actual characters who lived during the time. Louis, a French Huguenot, and Elizabeth, a transplanted Bostonian who loves her new home, become friends after Louis arrives on a quest to find purpose and direction in his life.

I have to say, near the end, my sap-o-meter went into overdrive.  No joke. The protestations of love and devotion became much more than I prefer , but also much more in line with what most historical romance offers. They are NOT inappropriate or graphic.  It’s just that I’m just not a sappy kind of gal.

Actually, I found this book difficult to review.  In fact, I won’t leave an Amazon review because I refuse to apply a star rating. You see, I truly enjoyed this story.  I found it engaging, and I haven’t read much historical  Southern history that wasn’t centered almost a hundred years later.  Most American historical Christian fiction concentrates on the 1800’s and 1900’s.  There are some Puritan books,  but I haven’t seen as many from this era and particularly from this far south. I also really enjoyed the characters and look forward to a second book. Yes, I will buy the second book and will read it.  I look forward to it.

But this book has some problems that make it impossible to leave a 4 or 5-star rating, and I don’t think it’s right to give it a 2 or 3 star based on how I’ve rated books in the past. Well, I just decided to leave stars out of it and share several of my problems and praises with the book. They likely won’t be problems for everyone. After all, this is fiction.

The problems I found with Hold Me Close? 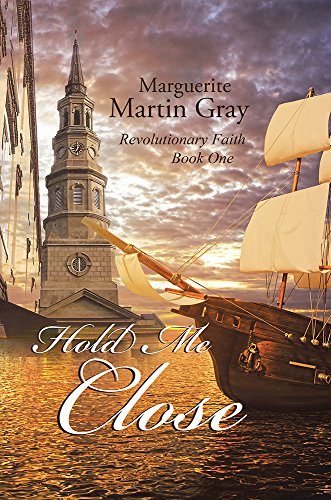 So do I recommend Hold Me Close?

Actually, I do, with the caveat that some will find these things hard to get past.  Clean and interesting, the book did hold my attention, and despite the aforementioned issues, there were times I couldn’t put it down. I wanted to know what would happen next–particularly in the second half. As I said, I’ll buy the second.  Look, it’s her first book.  It’s not a “great book” but it is a good story!  And really, I wouldn’t have wanted someone to read my first book, and “write me off” after that.  Authors grow, we mature, we improve. So go on over to Amazon. Read the first three chapters.  If it grabs you at all, know that the book really picks up in chapter 4.

Other blogger/reviewers have read and reviewed this book recently.  Check out their blogs to get a balanced view of the book and its contents.  This is just one opinion.  Others have rated it very high!