Many have asked if Aggie’s story is “autobiographical.”  While not really, some things in my life were definitely included in the book.  But one question/statement alone was Aggie’s inspiration. 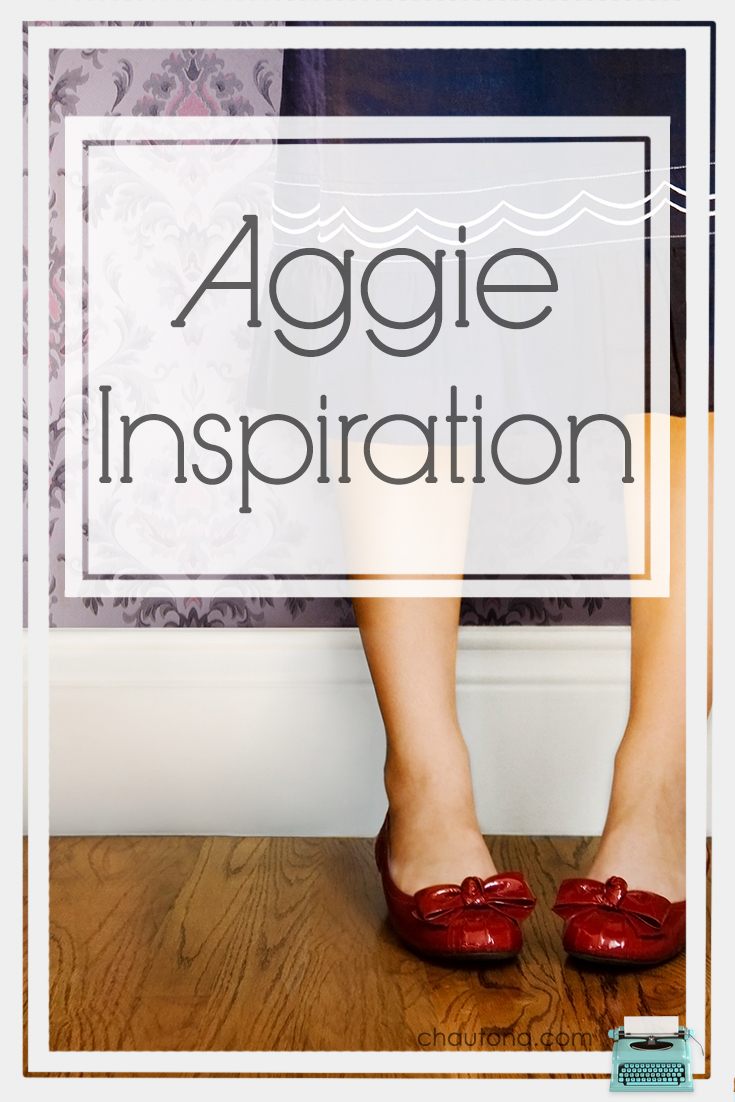 Links in this post may be affiliates that provide a small commission at no extra expense to you.

“You have eight kids?  How do you do it?  I can barely manage with the one (or two or three) that I have! I could never do eight.”

How many times had I heard those words?  Ten?  Fifty?  A thousand?  I suspect it was between fifty and a thousand.  I guarantee it felt like a million. And the reason wasn’t that people were rude or unkind about it.  It was simply because they assumed things that weren’t reasonable.  They acted as if I’d woken up one day with eight kids and never had a problem with adapting to it.

The cold, hard truth?  I never planned to have children—ever—much less the eight I had then or the nine I have now.  I didn’t like children, and even now, I really just prefer mine and others’ in very small doses.  I’m naturally a very selfish person.  So the comments that made me sound excessively patient and maternal were, in a word, ridiculous. (Note:  LOVE my kids. So glad I was wrong!)

I had one answer I always gave—just one. “I didn’t get them all at once.  I got them one at a time, the old-fashioned way.  And with a minimum of about eighteen to twenty-two months of getting used to having two, three, six, seven before I got the next.”

But that thought haunted me for weeks.  What would happen if someone did get eight at once?  How would she handle that?  Not like the women with multiples—five, seven, eight at a time.  No, I was thinking of what it would be like for someone to have my kids just dumped on her all at once with all those different ages to deal with. I think I should have known at that moment that my childhood dream of being a writer would come true, because my next thought was, “And what if she was single?”

From there, I added more.  A grandmother-in-law to rival any horror stories of mothers-in-law, home renovations with kids (every mother’s nightmare), grieving, and accident-prone kids who can’t stop calling 9-1-1 and you had all the worst things I could think of without becoming ridiculous.

I had originally decided that Aggie would remain single.  Yeah, that didn’t happen.  So, I gave her personal convictions to follow.  I added to that her sister’s convictions, just to keep things interesting. I wanted to show that people have convictions for a myriad of reasons, and just because they hold one, doesn’t mean they look down on those who don’t.  That original story grew from a sixty-thousand-word single book into a trilogy—each book being over one hundred twenty thousand words!  I was sure people would hate the length, hate the story, and ride me out of the country on the proverbial rail. I just hoped I landed in the southern Atlantic—nice and warm.

A gal can dream, right?

Instead, Ready or Not has been my best selling book—an Amazon bestseller. The first promotion we did resulted in the book being downloaded every 3.6 seconds in a twenty-four hour period.  I was flabbergasted.  I did the math a dozen times to make sure.  When the last book came out, fans bemoaned the loss of their favorite character.  I added more of her to another series, Past Forward. That helped—a little.

Eventually, I agreed to write a fourth book.  I waited, and I’m so glad I did.  Nearly five years have passed since Aggie inherited her eight nieces and nephews, and nearly four have passed since she married and began a new journey with him.  She’s a mother now, not “just” an aunt.  She’s a wife. Her life is rich and full of the craziness readers have come to love.

So, in Ante Up!, I decided to explore what happens when life throws just one too many curveballs. I decided to show the children growing up and facing new trials and temptations.  And, I wanted to give just a little bit of joy in the extended family front after three books of trials there.

I thought it was about time.

My goal for these books has always been to point my readers to the Lord.  I did that through one character’s wisdom, another’s steadfastness, and of course, through Aggie’s songs and bite-sized prayers (p-mails). In this book, I wanted to point readers to the Lord through Aggie again, but in a different way. I hope it is as encouraging to them as it was to me. I learned so much in the writing of this book.  It laid open my heart before the Lord and I saw things in myself I didn’t want to see but needed to.  The Lord is so good to us.