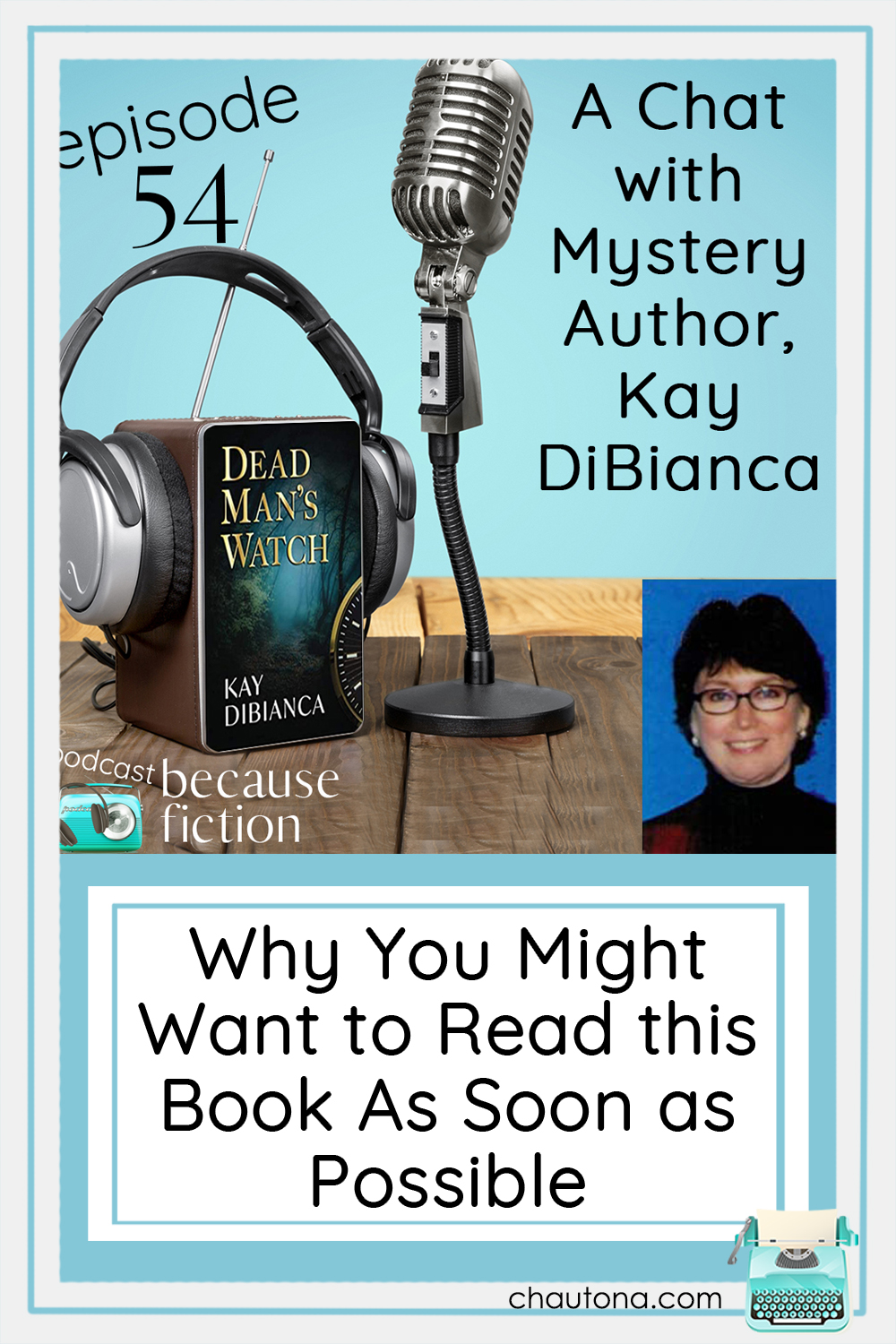 Whether you love cozies or procedural, forensic or amateur sleuth, or just get nostalgic about your childhood and Nancy Drew or the Hardy Boys (Trixie Belden anyone?), mysteries are a great way to keep the mind sharp and the entertainment flowing.

When I had the opportunity to review author Kay DiBianca’s newest release, Dead Man’s Watch, I jumped at it. Then, I had the pleasure of chatting with her about her books, why she writes mysteries, the struggles inherent in all that, and more.

A Great Mystery Author for You to Watch Out For!

There are few things better than a great mystery, so when I run across one I love, I’m all about it.  Well, Kay DiBianca has written one that managed to get me to guess the WRONG culprit without cheap shots. Dead Man’s Watch is also on sale right now, so snag it before the end of the month!

A lot of what we talked about in the interview, I discussed in my review of Dead Man’s Watch, but there is so much more to this interview.  Kay DiBianca shared the frustrations of writing a complex and compelling mystery in this age of armchair forensic experts (my words, not hers).  I mean, I know everything there is to know about how to kill someone. I got my degree in it from Forensic Files, after all. (Removes tongue from cheek… OUCH! )

The episode Kay mentions about the differences between mysteries, suspense novels, and thrillers is Episode 47.

Additionally, Kay DiBianca and I chatted about her inspiration for the series and her tagline.

Part of the charm of this book is the inclusion of messianic Christians and the influence it had on Kay and her husband (although, I’m sure her time in Israel didn’t hurt).  Part of the inspiration for the book came from an older mystery series, The Rabbi Small Series by Harry Kemelman.  With those in mind, is it any wonder that Kay paraphrased a saying from the Talmud as her book’s tagline?

SAVING ONE LIFE IS LIKE SAVING THE WHOLE WORLD

We even chatted about how one man giving His life ended up truly saving the whole world.  Wow.

Though Kay DiBianca had made me doubt, at the time of our recording, I thought I’d figured out the whodunnit and I had a couple of theories why.

I was wrong–completely.  While I’d considered the true culprit, I’d tossed aside the idea as not as strong as someone else’s. Of course, by the end of the book when I realized how very wrong I was, that suspect made more sense than anyone else

I cannot wait to see what Kay does with this series. I hope for quite a few more from her! 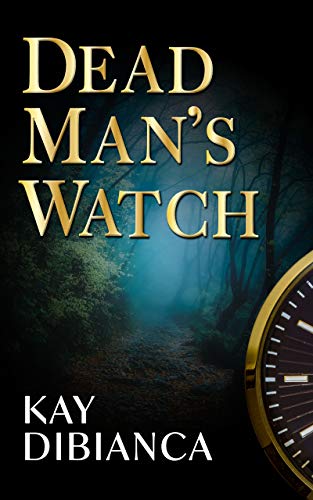 SAVING ONE LIFE IS LIKE SAVING THE WHOLE WORLD

Half-sisters Kathryn Frasier and Cece Goldman stumble into another mystery in this second book in the Watch series. When a former acquaintance of Kathryn’s is accused of murder, she and Cece go on a mission to prove his innocence by finding the real killer. But things are never what they seem in this tangled web, and Kathryn’s spunky determination to solve the mystery pushes her closer and closer to a deadly climax.

Join the adventure as these two young women commit themselves to live up to the quote from the Jerusalem Talmud: “Whoever saves a life, it is considered as if he saved an entire world.” 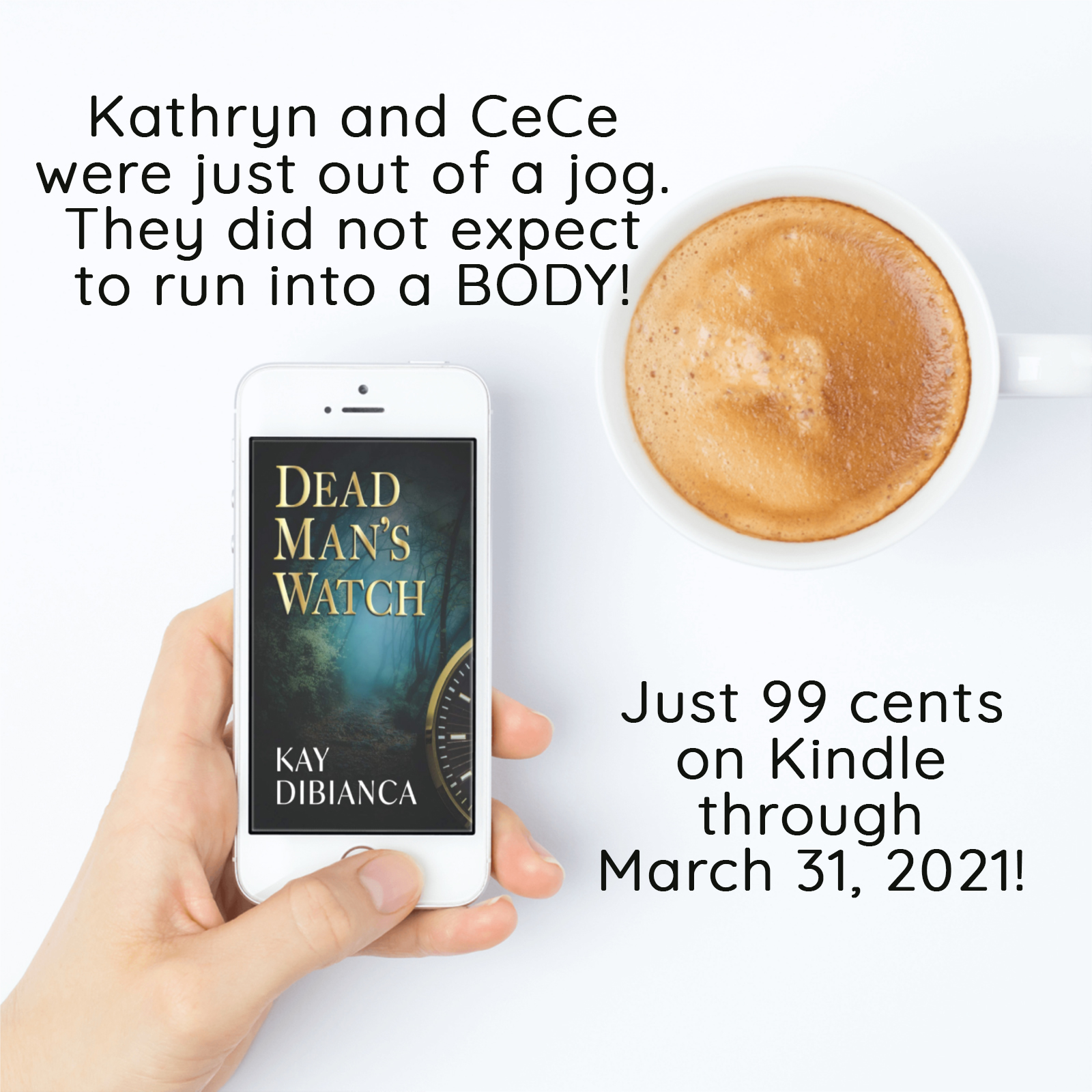 Previous Post: « Why You Might Want to Read this Book As Soon as Possible
Next Post: Weddings Can Be Great Fun or Utterly Boring. It’s All about Perspective »