Third baby. Birthing Center. A cold, May night. While I labored, breathing through each contraction, a favorite book played out on the TV. I couldn’t believe it.

Anne of Green Gables—as a movie. Brilliant movie… or so it seemed between contractions that never seemed to let up. The world’s most popular orphan.

Sometime between five and ten centimeters (something that happened in ten minutes!) it hit me that many of children’s favorite books were written about orphans. Anne of Green Gables, Understood Betsy, The Little Princess.

Maybe it’s because we are naturally wired to want, like the Lord, to set the lonely in families (Psalm 68). Or maybe our adoption as sons by God pulls us toward other stories where children are in need of that kind of rescue.

So, when I learned of Kari Trumbo’s newest release, An Imperfect Promise, with its double orphan story, I was eager to learn more. I wasn’t disappointed. 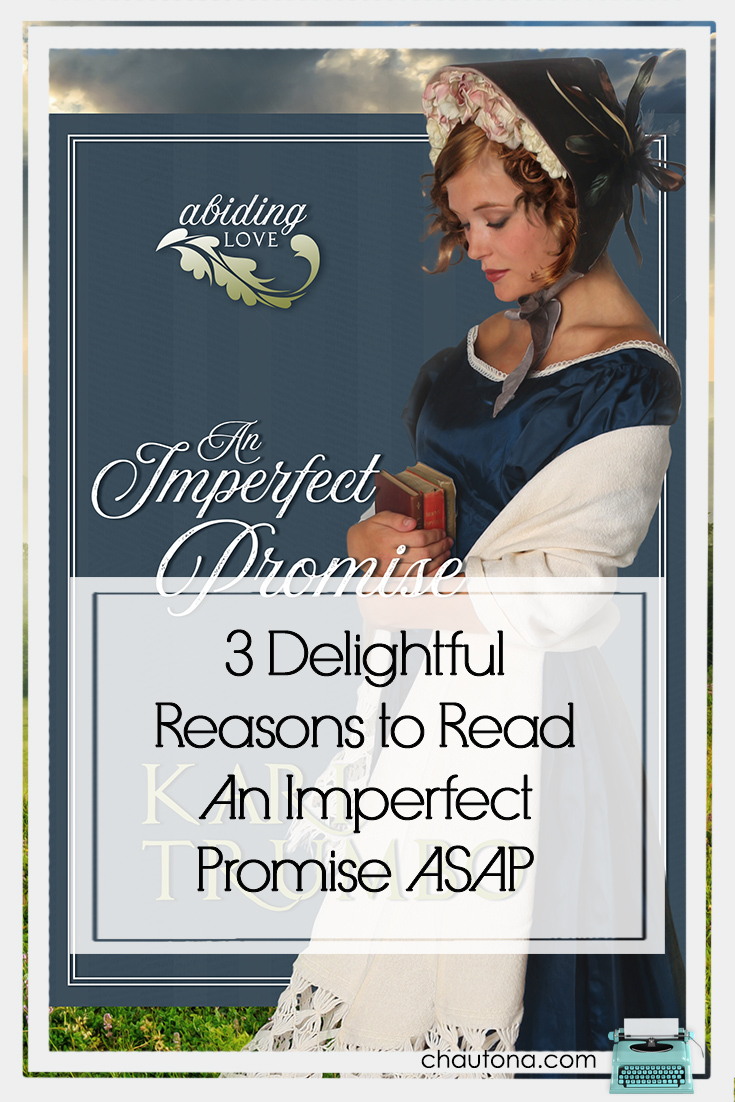 Note: links may be affiliates that provide me with a small commission at no extra expense to you.

I didn’t realize how many mystery layers there would be to this story. It’s not just “who’s rustlin’ cattle?” So many questions arise—some even seem arbitrary but have an answer later on. Yes, most I figured out (I usually do), but she made me doubt a couple of times and that one arbitrary question totally surprised me. And I should have caught it. Well done, Ms. Trumbo!

Additionally, none of the questions seemed tacked on just because she could. They each played a role in unfolding the overarching story. Double bravo for that!

Kari Trumbo did something I sometimes miss in other books—she gave every character a consistent, realistic, and interesting personality. From Gini and John to Esther, the sheriff, the preacher, Mrs. Dewey, and even little Sarah and Thomas, she created well-rounded people who stick to their personality, even when they seem inconsistent. It’s who that character is.

Anyone who knows me knows that when description is rich enough to intrigue me but succinct enough to keep from dragging down the story, I’m a happy camper. I could see the houses, the area, the people. But I didn’t feel like I was smothered by those things.

So was the book just perfect?

No. I had a few small issues with things—a bit of repetitiveness here and a bit of implausibility there. But they were only blips on the radar—and there weren’t even radars back when this book takes place! No, seriously. Despite a few minor things (and let’s face it, others won’t notice those and might not like what I loved), the book was a wonderful story showing just how lovely the unloved can be.

I’ve read and reviewed another book by Trumbo, and while some of the same compliments and complaints can be made about this book, the complaints, however, are almost not worth mentioning in this one. I knew I should try another book by her, and I’m thrilled that I did.

Now, instead of waiting for “just the right” book to try, I expect to be grabbing her next release (or maybe going back to look at earlier ones) without waiting as long. Perhaps the first book just wasn’t my cuppa… or maybe I read it on an off day. Who knows? Not me. Then again, I’m semi-sleep deprived this week.

Why read it ASAP?

Because if you’re anything like me, if you don’t, you might forget it. And if you love books set in the old west, about orphans, with sweet, not over-the-top romance, or some combination of the above, then you’re not going to want to miss this one.

Some promises aren’t meant to last a lifetime.

Gini would do just about anything to take care of the eleven orphans in her custody. She’s vowed to never marry, but that oath is pushed to the limits when John moves in next door. The new Nebraska rancher is a tad abrasive but willing to step in when the entire town has given up on her little orphanage. She’s prayed for help for so long, but are God’s plans even bigger than she can conceive?

There are some things a man can’t outrun.

John’s running from the love he left behind in Kansas. On a mission to help his sister, John takes over her ranch, which has seen its share of problems. Day after day, John fights against those trying to seize his land, but a more present danger lurks right next door, the sweet redheaded owner of the orphanage, who’s fast stealing his heart.

As the world closes in on him, John must protect his home from rustlers and his heart from getting trampled, once again. If he can’t, he just might lose them both.

Kari also provided me with a short excerpt of An Imperfect Promise (only posted here for a limited time!).

Her head leaned into his touch as he pulled away. He could get used to that. Someone who wanted his company and his touch, who thought of him as more than just the answer to a problem.

He took a step back out of the room, then rested his head against her closed door. He didn’t mind helping the orphans. It made him feel good. What he didn’t like was that Gini hadn’t mentioned any of her own prayers for herself. He’d wanted to ask about her personal wishes. It might be selfish, but deep inside, he wanted to be the answer to her own prayers, to be who she’d been hoping for. Was he no more to her than help in time of need, yet again?

Did she want him or just need him to fix her situation, like everyone else had?

He grabbed the bowl of soup he’d made for himself and strode out toward the bunkhouse to get his bedroll where he’d left it, sipping the tepid meal along the way. The stars glistened, affixed in the heavens alongside the sliver of a moon. Those little lights were created to be used as lamps in the darkness. It didn’t make them any less spectacular because they had a purpose. That thought relaxed his shoulders as he shoved the sticky door to open the bunkhouse.

An Imperfect Promise is just 3.99 on Kindle or “FREE” through the Kindle Unlimited program. 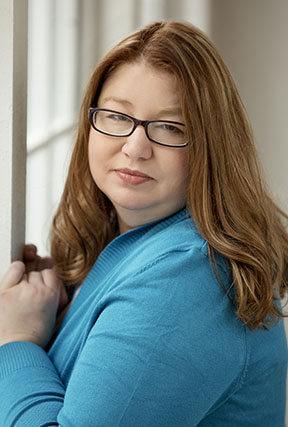 Kari Trumbo is a best-selling author for many Christian Historical Romance novels and is a stay-at-home mom to four vibrant children. When she isn’t writing or editing, she homeschools her children and pretends to keep up with them. Kari loves reading, listening to contemporary Christian music, singing when no one’s listening and curling up near the wood stove when winter hits. She makes her home in central Minnesota with her husband of over twenty years, two daughters, two sons, two cats, and one hungry wood stove.

Previous Post: « “Bringing in the May” ~a FREE May Day Short Story
Next Post: 3 Important Reasons Christians Need to “Retreat” »