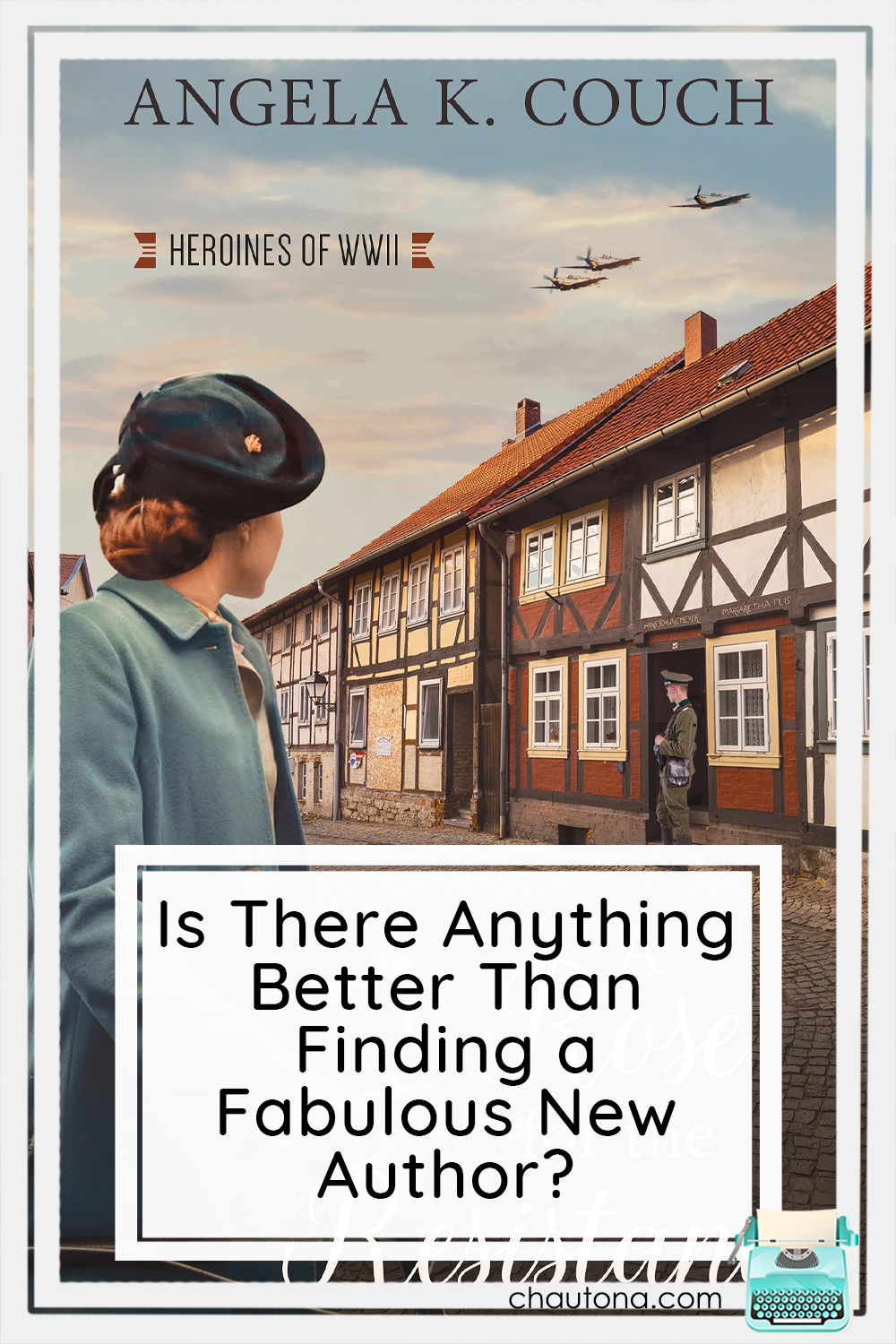 Is There Anything Better Than Finding a Fabulous New Author?

This is my first Heroines of WWII book… but it won’t be my last. Now. I wasn’t confident going into this book. I knew I’d love parts of it, but I’ve never read anything by Angela K. Couch, and I didn’t know what to expect.

Well, I know now that I expect I’ll be reading more by her. Whoa.

A short read, this book tells the powerful story of Normandy and the D-Day invasion from several perspectives–those who survived WWI in France, several Germans, other Frenchmen, a British airman, and a few others. In the end, you’re left rejoicing in who you can trust and wanting to protect everyone from those you cannot.

Some WWII books show that the people everyone thought were loyal to the death were actually the enemy within. And those are important and riveting books. Others show everyone for who they are and let you see how it plays out because there is no unreliable narrator. Equally fascinating if and when done well. Both styles have strengths, and I think Angela chose her method of storytelling well for this story.

You’ll have to read it to find out.

If you love a gentle, deep, meaningful faith element, you will not be disappointed. If you like characters that you want to shake, root for, and love to hate… you’ll get those, too. But best of all, if you like a book that you can read in one sitting… A Rose for the Resistance is it… And be glad. Because let me tell you, you won’t want to put it down.

If I put on my critical hat, I’d probably pull a star off for various reasons, but I simply cannot do it. I loved the book. It was an inspiring, deeply moving story, and I refuse to pick it apart for the sake of “saving stars” for reasons that never make sense to me.

Recommended for lovers of WWII fiction, lovers of varying viewpoints, and for people who recognize the importance of keeping freedom close to our hearts lest we hand it over in the name of fear or security. 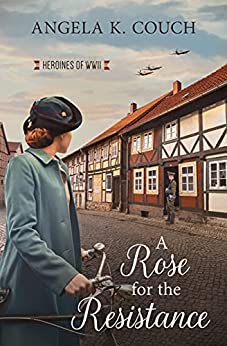 A Rose for the Resistance is on tour with Celebrate Lit

Book: A Rose for the Resistance

A French Woman and German Soldier Create a Truce

Full of intrigue, adventure, and romance, this new series celebrates the unsung heroes—the heroines of WWII.

With her father in a German POW camp and her home in Ste Mere Eglise, France, under Nazi occupation, Rosalie Barrieau will do anything to keep her younger brother safe. . .even from his desire to join the French resistance. Until she falls into the debt of a German solder—one who delivers a wounded British pilot to her door. Though not sure what to make of her German ally, Rosalie is thrust deep into the heart of the local underground. As tensions build toward the allied invasion of Normandy, she must decide how much she is willing to risk for freedom.

To keep from freezing in the great white north, Angela K Couch cuddles under quilts with her laptop. Winning short story contests, being a semi-finalist in ACFW’s Genesis Contest, and a finalist in the 2016 International Digital Awards also helped warm her up. As a passionate believer in Christ, her faith permeates the stories she tells. Her martial arts training, experience with horses, and appreciation for good romance sneak in as well. When not writing, she stays fit (and toasty warm) by chasing after four munchkins.

The story of A Rose for the Resistance has been in the making for a while. Rosalie and Franz came to life for me in the first novel I started writing as a teenager… (not even going to mention how long ago that was). Though much of that early work will never see the light of day, I am glad I can finally share them with you.

Every November 11th since I was a child, I would sit with my dad and watch WWII documentaries and movies like A Bridge too Far, or The Longest Day which featured Sainte-Mère-Église during the D-day landings. So many of those stories beg to be remembered and I tried to include as much as I could in this novel, even in passing.

Stories such as John Steele of the 505th Parachute Infantry Regiment who dropped into the warzone of Sainte-Mère-Église that night and his chute caught on the spire of the church. He hung limply for hours, pretending to be dead, before the Germans took him prisoner. John later escaped and rejoined his division. Or, Henry Langrehr who landed five miles from his drop zone, crashing through a greenhouse on the way down. He was unharmed from the fall but was later wounded and captured.

He lived into his nineties to tell the tale.

Many of the events and deeds of The Resistance in the novel are also pulled from history. The French citizens’ willingness to risk their lives to transport weapons and information, and to staunchly resist the brutal German occupation. It is estimated that approximately 90,000 men women – and children – were killed, tortured, or deported by the Germans for their efforts.

Though many of the characters in this story are fictional, there are so many men and women who truly did live through the horrors of the War in Europe, and more importantly, risked or sacrificed their all for the freedom and lives of others.

I pray we never forget.

Southern Gal Loves to Read, May 1

Where Crisis & Christ Collide, May 2

Inklings and notions, May 2

She Lives To Read, May 3

For Him and My Family, May 4

Happily Managing a Household of Boys, May 4

Book Butterfly in Dreamland, May 5

Locks, Hooks and Books, May 6

Blossoms and Blessings, May 8

Truth and Grace Homeschool Academy, May 9

Splashes of Joy, May 9

Through the Fire Blogs, May 9

Where Faith and Books Meet, May 11

Lights in a Dark World, May 12

To celebrate her tour, Angela is giving away the grand prize package of a $25 Amazon gift card and copy of the book!!

Previous Post: « If I Were Looking for Great, Exciting, and Unconventional Date Ideas…
Next Post: Ready for another Can’t-Put-it-Down Romantic Suspense Book? »