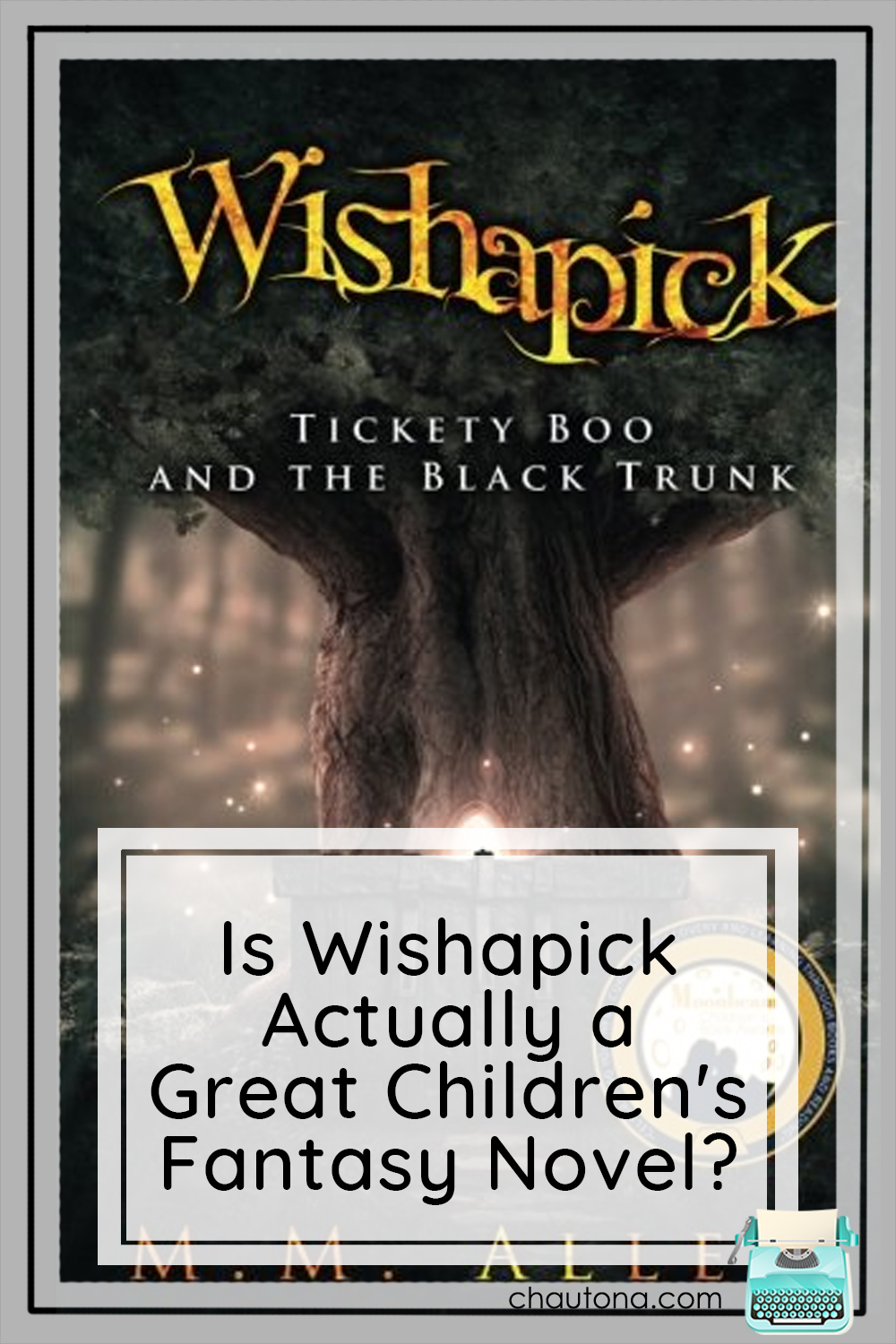 I’ll never my first foray into fantasy. I was seven and my beloved teacher who wasn’t even five feet tall let out a lion’s roar that far outdid Aslan in the Narnia movie. It was many years before I read the rest of the series–an adult, actually.  C.S. Lewis said it best when he said, “…sometimes fairy stories say best what needs to be said.”

So when I had the chance to read and review a children’s fantasy novel, I had to jump at it.

No one wanted to love this book more than I did. The idea of a trunk as a portal to another world–one ruled by a monarch who keeps everything in darkness to shut out the true Light?  A sort of blend of The Lion, the Witch, and the Wardrobe and Alice through the Looking Glass… what’s not to love?

Hailed by reviewers as a delightful, powerful children’s book, Wishapick takes you on a journey into another world–to do battle for good against evil. Two children sent there to break an awful spell over the land by appealing to the true King.

The nuances of the imagery are both on-the-nose and obscure, which I think might help readers who have a strong grasp of the abstract to enjoy the book more while offering children who aren’t yet ready for those concepts a picture of what is going on as well.

I just wish I personally liked it more.

So many elements felt too parallel to both Narnia and Wonderland, that it didn’t feel as fresh and new as I’d hoped. Instead, I found myself struggling not to compare it to those and similar works.  When Lilly meets Mr. Tumalum just after arriving in Wishapick, well… It felt like a combination of Mr. Tumnus and Mr. Beaver.  The evil king.  Darkness all the time–never light (winter never spring?).

Yes, there were original bits, of course, but all in all, I’m sure there is a perfect audience for the book, but as much as I usually adore most fantasy, this one wasn’t for me.

Recommended for lovers of fantasy, voracious readers who love to draw parallels between books, and readers who enjoy an immersive experience in reading.  The author has teamed up with a musician and created music (click for a sample) to go with it. And remember.  Most readers seem to love it, so it may just be me.

Will it be the next great children’s fantasy novel?  I’d say that’s up to you. 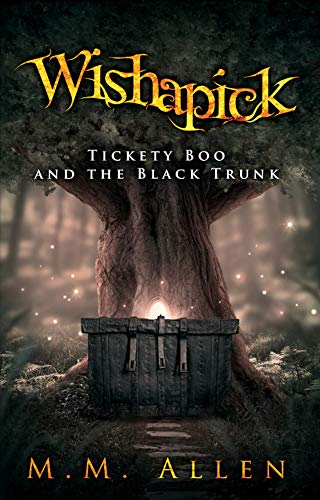 Darkness. Utter blackness. Was this why his mother had refused to let Jack unlock his father’s old trunk? It had been two years since his dad had died, and all Jack could think about was examining whatever treasures were stored inside the beloved trunk. But when he finally lifted the lid, he didn’t just fall in—he fell through it into a pit of rattlesnakes!

Trying to recall his mother’s stories about “the Breath of All Good Things”—anything to shed light on his current situation—Jack wishes he’d paid better attention rather than mock the tales as childish myths…and that he’d waited to enter the trunk with his sister, Lilly, so they could at least face this together.

Like L. Frank Baum’s Oz and C. S. Lewis’s Narnia, M. M. Allen brings to life the fantastical world of Wishapick—a land of courageous animals ruled by a cruel rattlesnake king who has condemned the villagers to live without light. Chosen as the reluctant hero to save the villagers, Jack must face terrifying creatures and overwhelming odds if he wants to help his new friends—and return home himself.

Previous Post: « My Favorite Suspense Books Keep Me Up at Night & My Fingernails Trimmed
Next Post: Only a Master Storyteller Handles Mental Illness with Delicacy, Humor, and Grit »