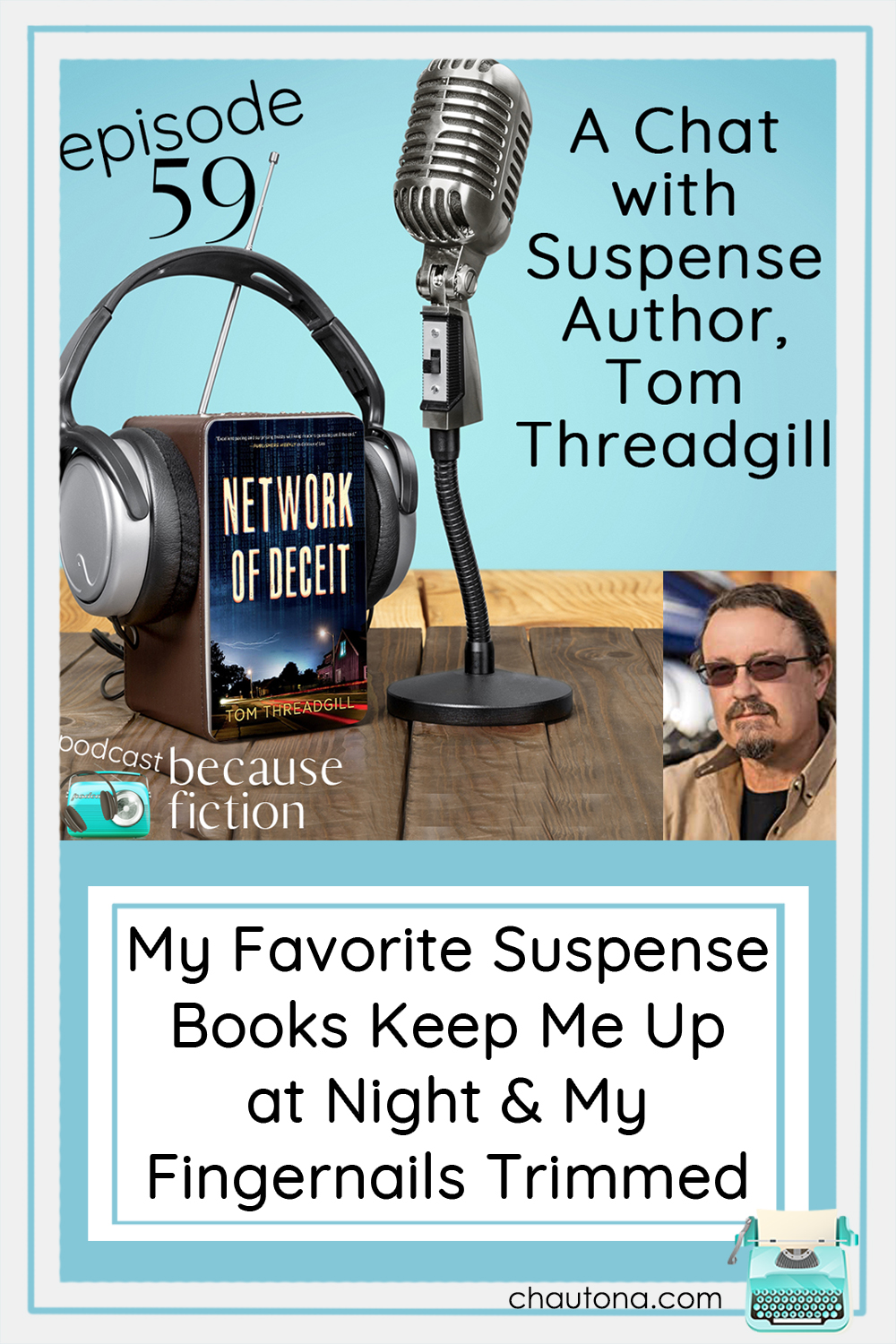 Last month, I had the privilege of chatting with Christian author, Tom Threadgill about his Amara series (Collision of Lies and Network of Deceit) and about his Jeremy Winters series (for just a bit). Mostly, I gushed about the awesome characters he’s created and the unique situation he gets himself and them into, and he graciously put up with it!

See, here’s the thing.  Tom’s books hold most of my favorite elements!

Hold onto your seats, folks, it’s going to be a bumpy ride to justice!  Want proof?  I actually typed “seets.”  Yeah. That.  *rolls eyes at self.*

As I state in the episode, I first learned of  Tom Threadgill when I found his first Amara Alvarez book in a Christian bookstore in Indiana–Amish central. Just sayin’.  As I’m doing videos about the great store and the books I found, and chat with #1daughter, this poor Amish woman kept glancing my way, probably wondering why I’m so enamored with the title, Collision of Lies.

But seriously, an entire busload of kids are presumed dead… but then not?  WHAT?

Tom and I chatted (for far too long… I only recorded about half of it), and boy do we agree on a lot of things about books, writing, and what makes both fun and great.

Call it “discovery” writing, “organic” writing, or the old tried and true, “pantsing,” we both tend to start out on a book journey with some kind of idea where WE think we want the story to go and then get to find out if the characters agree or if they have minds of their own.  Neither of us are much into gore.  Both really hate preaching in books.

As a Christian author, Tom Threadgill hints that his faith might show in his work, but his goal is to provide clean fiction for readers.

He says, and I agree, that good fiction doesn’t need profanity and smut, and he wants to provide that for any reader.

Like I often say, keeping a Christian worldview out of a Christian’s book is (and probably should be) almost impossible, but his intention isn’t to provide spiritual depth but an alternative to the glut of content that readers might be embarrassed to be caught reading.

So what is the Amara Alvarez series about?

Take a property crimes officer, put her in a situation out of her element, let her flounder around figuring out how to do this thing, and bam!  You have San Antonio’s next homicide detective.  Tom Threadgill’s newest release, Network of Deceit, shows her at her first case as a detective, and whoa… is she thrown to the wolves.  The medical examiner is confident the death they’ve ruled an accident is, in fact, murder.  It’s her job to prove it.  She’s not happy, and her boss is giving her very little time to figure out what is going on.

Plus hackers.  And life problems.

And seriously, one of my newest and most favorite characters.  Starskey.  Oh, my.  Love this dude.  He’s such a perfect blend of confidence in his own skin without being obnoxiously arrogant.  WOOHOO!  Okay, so I really like that medical examiner a lot, too, and we got a hint there might be a lot more of him in the next book.  Squee! 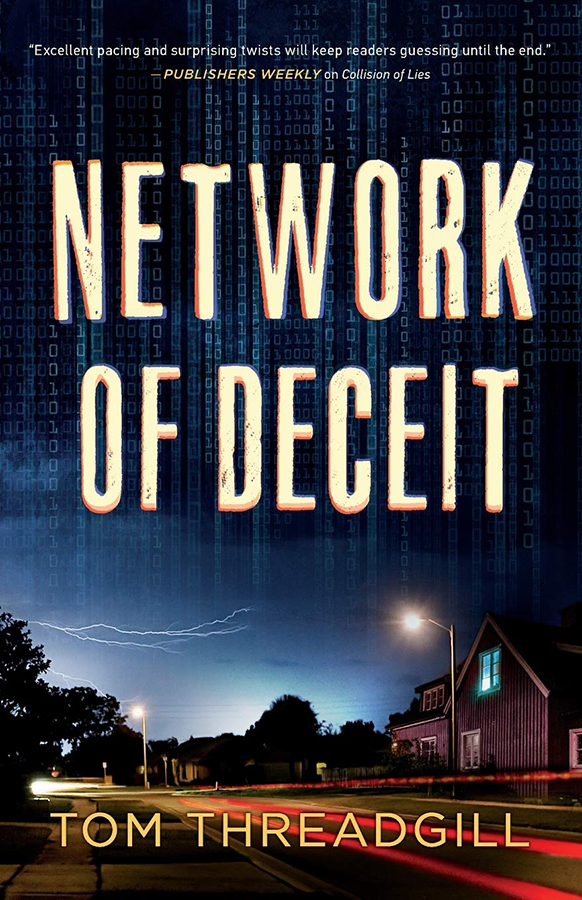 So what is Network of Deceit about?

After her rescue of nearly fifty kidnapped children made international headlines, Amara Alvarez gets what she’s worked for: a transfer to San Antonio’s Homicide Division. Reality sets in quickly, though, as her first case, the suspicious death of a teenager at a crowded local water park, brings chaos to her personal life.

As the investigation moves forward and she increases the pressure on the suspects, Amara finds herself under attack by cybercriminals. Her every move is being potentially watched online, and she’s forced to resort to unconventional methods to find the killer. With few leads, she fights to keep her first murder investigation from ending up in the cold case files.

Tom Threadgill is back with another riveting page-turner featuring the detective who is willing to put everything on the line to see that justice is served and lives are protected.

While a bit “grittier” than the Amara Alvarez series, Tom assures us that it isn’t gory or over-the-top. He doesn’t enjoy that himself.  I suspect I’ll handle it all just fine. In fact, while trying to compare it to other authors, he pointed out that it was a lot tamer than say Ted Dekker.  I thought that was helpful.

ALSO!  Both of Tom’s series are available on audiobook (and Audible folks?  You can get the Jeremy Winters as part of your subscription!)

If you love great suspense like we talked about in Episode 58, then I suspect you’ll love Tom’s

You can find out more about Tom Threadgill on his website, and as he pointed out, he loves reviews!

Previous Post: « Is It Any Wonder That I’d Use Paper for Creative Endeavors?
Next Post: Is Wishapick Actually a Great Children’s Fantasy Novel? »