He taught me a lesson—a strange man with body art who I’d never met before and would likely never meet again. The elevator stopped on my floor and the doors opened. There he was.

He was big—really beefy, not overweight. Just a linebacker waiting to happen. Tattoos decorated his arms and lower legs. I suspected his chest as well if the black thorn-looking thing at his neck wasn’t an actual thorn. He wore gauges in his ears—big giant holes—and his pants threatened to fall off if he shimmied just wrong.

When I got on, he dashed off. A second later he dashed back in—wrong floor. His lip quivered. I punched the button for the bottom floor and tried not to be unnerved.

Look, I’m not usually bothered by how people look. However, my husband was upstairs in a hospital bed and in serious pain. I was sleep-deprived, and when I’d arrived at the ER in the Lancaster hospital the previous night, I’d had to go through metal detectors just to get in and discover they wouldn’t let me see my husband when he arrived. They wouldn’t even tell me if he’d made it yet.

So yeah, I do give myself a bit of grace for my initial unsettled reaction.

Then he looked up. Red-rimmed eyes—puffy. Tears leaking out despite his best efforts to prevent them.

Look, I shared this story from my old blog yesterday on THIS post. And I’m just rehashing it here. But there’s a reason.

“Joey” unsettled me because of circumstances. If you’d asked me at that moment if he looked like a dangerous person, I might have, God forgive me, said yes.

And it makes no sense.

See, there’s a young man in our town. The first time I met him, he popped his head in my car door and I nearly went through the roof at the sight of spiked lips and eyebrows, gauges, tattoos. I’d just dropped my oldest son off at his house for guitar lessons.

Over the years, I’ve gotten to know him. I know his mother. I’ve watched him interact with people. He’s probably one of the kindest, gentlest young men I’ve ever met.

And he loves Jesus with a fervent passion that radiates from him.

Some would say that he doesn’t look like a Christian.

What does that even mean, “Look like a Christian?”

See, another dear friend of mine met her husband in rehab when she was a teenager. He has tattoos on his arms that he has to keep covered with long sleeves because they aren’t exactly appropriate. I suggested that they cover them with more tattoos–an Amish dress and kappe.

This kind man has been known to stop to help stranded motorists and the look of fear on their faces—it has to hurt.

Some would say, “He made the choice to decorate himself that way.”

Yes he did. Before Jesus made him a new man.

I have a character like that—a guy who was part of a gang and then learned, from another guy who looked like him—tattoos, piercings, and all—who Jesus is and why he needed the help of someone who died two thousand years ago.

After my encounter with the guy in the elevator, my friend’s husband, and my young Jesus-serving, gentle-hearted friend, I wanted to write a response. Something that I hope, having learned more about life after my sheltered little existence, would show my love for the people Jesus died for—those who acknowledge that love and those who don’t. 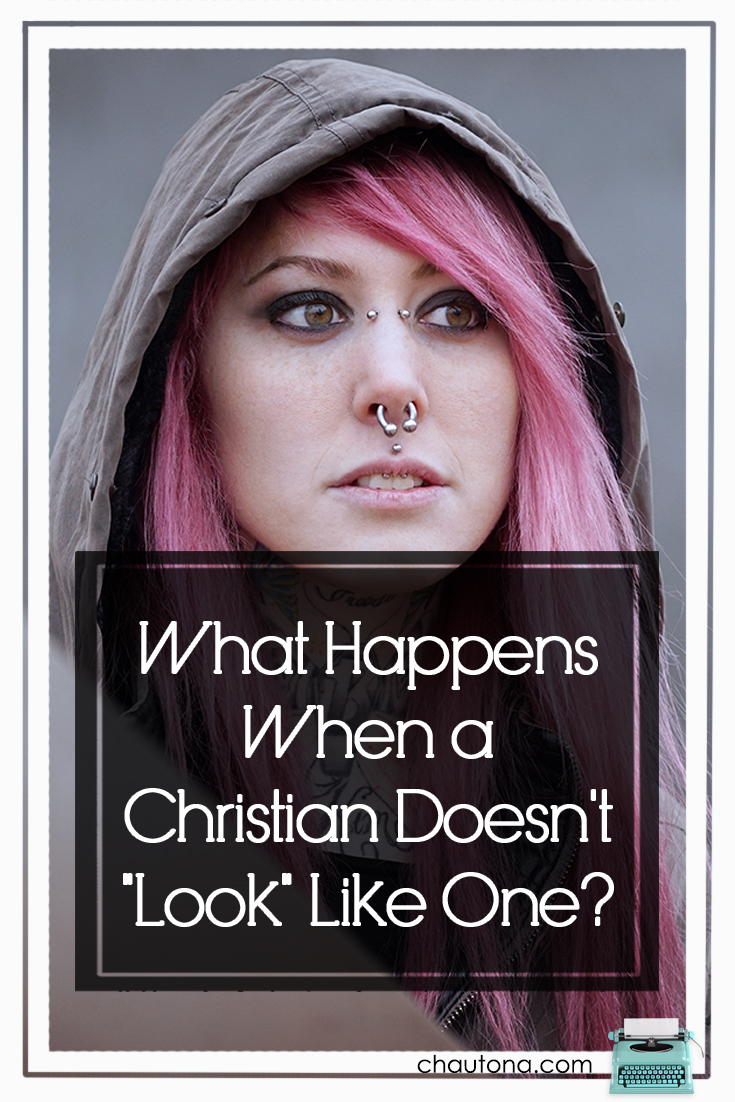 What Happens When a Christian Doesn’t “Look” Like One?

Do Christians “look” like something in particular? When I was a girl and a young wife, I would have adamantly told you, yes. Clean cut men without body art or piercings. Feminine women with just one or two ear piercings—any more would be, of course, ignoring the admonition in I Peter to avoid jewels and showy clothes etc.

For what it’s worth, I wouldn’t have been alone in that.

But then I met that guy who some might consider to look like a “thug.” And that “thug” could teach a lot of Christian men about gentleness and kindness—about holding fast to the Lord.

And then I met another… and another.

Some people’s body art was leftover from a previous life, others like my young friend, made the choice for reasons I’ve never considered any of my business.

And you know what? From watching different people over the years, I’ve learned what happens when a Christian doesn’t “look like one.” Again, whatever that means.

For the most part, nothing.

Oddly enough, most non-Christians don’t seem to look at Christians with body art and go, “EW! Don’t want that!”

Other Christians do, but…

There’s this thing that I can’t ignore. Christians with piercings and tattoos and such are able to reach a subset of culture who consider their bodies to be a canvas for art. Like my character, Christians with all that body art becomes approachable to the person to whom that is important.

And since many of those tattoos tell a story, there’s huge potential for that story to include what Jesus did to transform their lives.

Does this mean I’m off to get a few spikes and gauges, a pierced nose and a tattoo that says, “Jesus loves you” on one arm?

Nope. For one thing, I don’t do needles and skin. For another thing, call me a hypocrite, but while I don’t blink at someone else doing it, it feels wrong for me. Right or wrong, true or not, I’d feel like I was sinning. I’d go with you, talk to you, not watch (because I’m squeamish that way) and not think a thing of it. But if I sat in that chair… I’d feel like I’d chosen to do wrong.  It’s that old James 4:17 thing.

Like I said. I can see why people would call me a hypocrite. It’s just what it is.

Meanwhile, to add to my hypocrisy, I’ve learned to be grateful for the people with body art. From them, others hear about Jesus when they might not have listened otherwise. 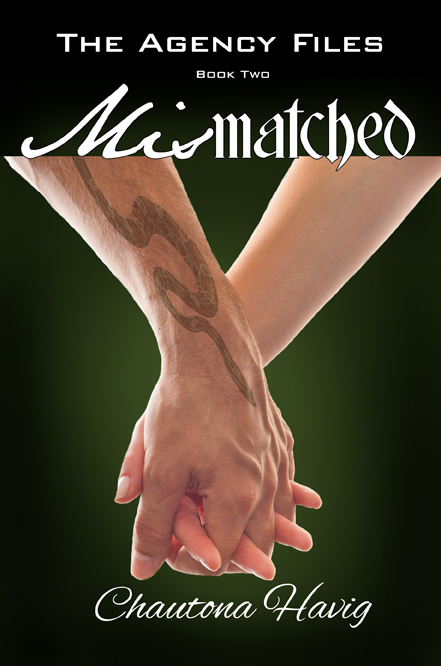 Guess which book is FREE today?

Yep. That one. The one with the guy with the tattoos and piercings. Mismatched. You can read it out of order, I think, but it’s book two in The Agency Files. Remember, book five is coming out later this year!

Previous Post: « What Should You Do When You Fail To Show Compassion?
Next Post: What Do I Think of This Biblical Retelling? »