But silence seems to be a theme with me.  When I wrote Speak Now, I did it because I wanted a less dialogue-driven novel.  I thought I could make it work that way.  I failed.  In every way.  Only my friend, Michele and a few loyal readers disagree with me.  A very few, I suspect.

Update: I changed my mind about that book in 2017. You can read about it in my post, Speak Now is Like a Fungus: It Grew on Me.

Still, it was a fun experiment.

Then I wrote  Corner Booth. The reason was kind of to redeem the quiet/silence idea.  And, well, I think the Lord wanted me to learn a few things about that whole “a time to be silent and a time to speak” thing.  The James thing–you know, “let everyone be swift to hear, slow to speak, slow to anger.” 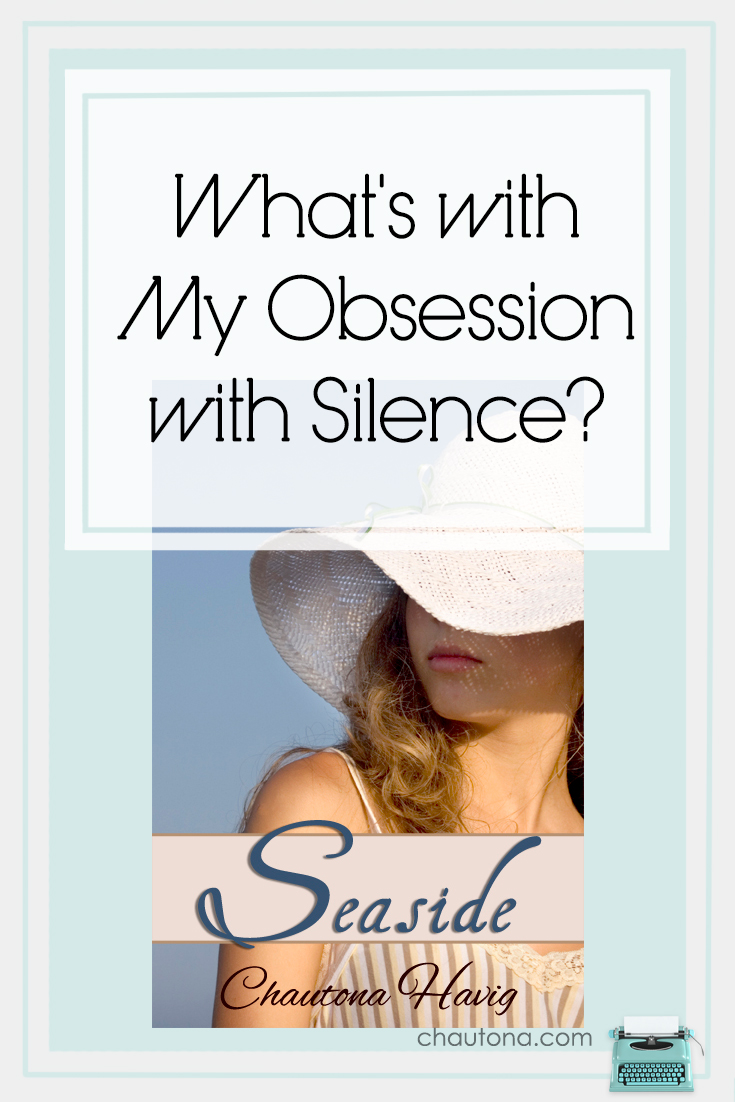 Note: links in this post are likely affiliate links and as such, I receive a small commission at no additional cost to you.

Parenthetical light bulb moment. Look at that progression up there.  “SWIFT TO HEAR.  Slow to speak (so you can keep LISTENING), slow to anger (another thing to keep you listening).  But you know what else?!!  You are less likely to become angry if you actually LISTEN to what someone says and hear the whole thing–let them talk it out so they can clarify what came out backwards etc.  W.H.O.A.  *reels for a bit*

Anywho.  Then when I was going through my (wow… still reeling.  WOW!) stack of unfinished manuscripts, I ran across the third Journey of Dreams book.

Seaside, not to put too fine a point on it, takes place near the ocean.  Shocker, right?  I knew it was about half done, so I decided to look at it this past January to decide where it went on the editorial calendar. Began reading.  I choked.  Here’s the opening excerpt.

My year of semi-silence began on a beach.  If I close my eyes, I still hear those first sounds of my life in Seaside.  Who knew that seagulls were so loud and obnoxious, not to mention stupid?  They flew overhead, fought each other on the shore, and pretty much made nuisances of themselves.  They were like kids on a school playground, squabbling about something all the time.  When that first wave lapped at my toes and woke me, the first thing I heard was the distinct call of a seagull, and then the crash of the water as a new one rolled just a smidge farther up on the sand to wet the ball of my foot.

Those waves were like the snooze button on an alarm clock.  Did you ever imagine that those awful screeches got louder every time you hit the button?  I always did until my step-dad yelled at me to turn it off and get my lazy butt out of bed.  That usually got me going.  Anyway, those waves were like that, inching up the shore a bit more each time as if gently trying to force me into full consciousness.

As my eyes adjusted to the sunshine, I assumed I was dreaming.  I mean, west Texas just doesn’t have beaches, but that was exactly where I was.  I pulled my feet away from the water and sat up, blinking and wondering why my dream was so real after years of not remembering any dreams but the nightmares that I tried to forget.  My step-dad always said that I was too dramatic to remember anything normal.  “Julie, that girl has to make a big deal out of everything.”

I’d heard it a million times.

This was different.  The waves, each sound, the feel of sand on my hands and even my face as I brushed away a tear that I still don’t understand.  Why was I crying?  It was all so bizarre.  I remember walking crab style—how ironic… or is it?  I can’t remember if that fits as irony or is just coincidence.  Mr. Japier, my English teacher, was a stickler about stuff like that.  Well, I did.  I crawled crab-style up the beach behind me so the water couldn’t reach me and waited for the dream to end.  I kind of hoped it was a sign from God that my step-dad had walked out on us for good.

A voice behind me nearly made me scream.  “I wondered if I’d have to drag you up the shore.” What’s with me and silence???

I don’t get it!  BLECH and all that jazz.  So, I’m here to ask you a simple but obvious question. Do I need to change this story?  Are three books with silence/quiet/not speaking (sorta in this one) just too many out of about 60 in print?  (did I just write 60?  WHOA!)  What are your thoughts?