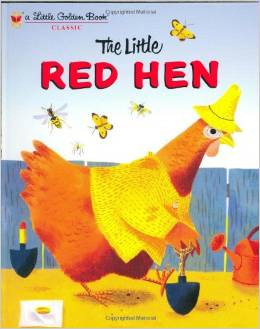 It’s no secret that I love fiction.  I always have.  It started with Little Golden Books and my mother’s Nancy Drew novels.  I devoured them.  My favorite, if it matters, was The Mystery at Lilac Inn.  I don’t remember if I loved lilacs before the book or if reading it influenced my preference for them.

Books taught me things. In fact, you could say that fiction shaped my character.  And now I feel like Meg Ryan in You’ve Got Mail.

Little Golden Books nurtured my childhood innocence and wonder.  From them, I learned simple virtues such as hard work, kindness, perseverance, and that other word–nurture.

Interestingly enough, I got a fabulous book, Everything I Need to Know I Learned from a Little Golden Book for Christmas from a dear friend.  I love this book.  It’s a bit simplistic, yes.  But it does bring you back to the basics of life.  And in our busy days, it is so easy to miss the basics.

For example, one of the first things in the book is the suggestion to wake up and get dressed!  Duh.  But it adds a parenthetical comment.  Don’t just put on sweat pants.  Put on “real” clothes.  You know what?  Sometimes I need that reminder.  I’m sure my family gets sick of my boring wardrobe. 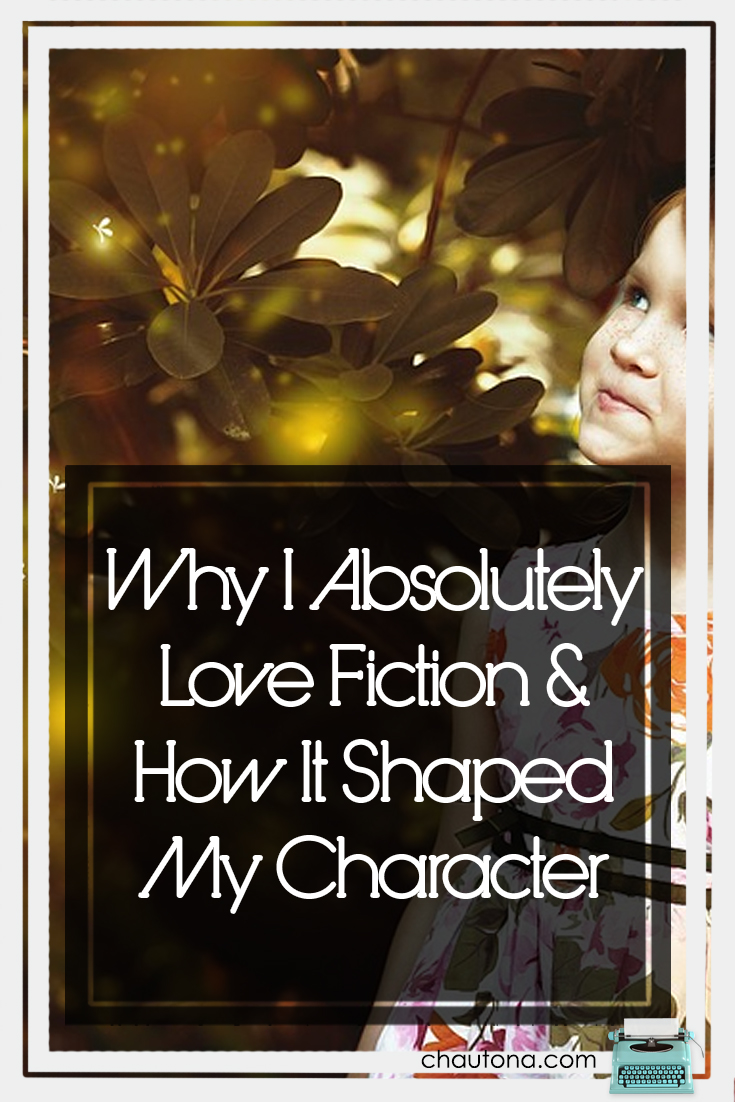 Links in this post may be affiliate links that provide me a small commission at no extra expense to you.

But that’s beside the point. We’re supposed to be talking about how fiction shaped my character, not my wardrobe.

(Although it did.  Way back in junior high.  I wanted Nancy Drew’s wardrobe.  It’s why I learned to sew!)

I remember a book about a girl named Wallis.  Her family moved a lot–like me.  It was a silly book.  She made a friend and played a cruel joke on a girl in their class.  Why did this book impact me?

I felt like she empathized with me.  I  moved a lot.  I didn’t always make friends where we went–just like Wallis.  And, as I think fiction should do, I learned what not to do–be cruel to others in order to please someone I want to be a friend.  I found that book a few years ago and bought it.  But I still can’t remember the name. And I can’t find it now.

I lived among the Little House books. From Pa, I learned to understand my father’s wanderlust, and from Ma, I learned self-control.  I’ll never forget Laura’s “wooden swearing” when she slammed a book on the table and Ma’s quote in her autograph book.

Mary taught me that being “good” all the time–flaunting that goodness–is rude and wrong.  Silly thing to learn, isn’t it?  From Laura, I learned to share my stories, because they aren’t just interesting to me.  And  Almanzo taught me to pursue what matters to me–whether it be a dream, a responsibility, or a person who matters to me. And you’ve heard me say it before, A Tree Grows in Brooklyn taught me that I want to write.

Betty Smith’s portrayal of turn of the 20th century Brooklyn etched itself into my heart when I was twelve.  I did a book report on one section of the book.  It was my only bad grade I ever got in any language arts assignment.  Why?  Because I quoted a line that the teacher decided was inappropriate–a line that described the birth of the main character, Francie Nolan.

Apparently, it’s not appropriate to do that when you’re twelve and go to a conservative Christian school.  You know, that was a good lesson too.

I was married with a child before I read Anne of Green Gables. I fell in love with Anne–who doesn’t?  I learned to love whimsy–something that was lacking in my makeup.  I learned to see romance as something more than sappy drivel on a page or a screen.  I learned to see it in the aching beauty of my father’s ballads, the heroism of a man like Audie Murphy, the joy of a man content like George Bailey.

Oh, yes. You’ve got to admit it: Fiction shaped my character.

Around that time, I read Gene Stratton-Porter’s The Harvester. I learned from it that not all romance is drivel.  That male/female relationships can be lovely, beautiful, and (forgive me) not embarrassing.  Look, I’m forty-four years old and I still turn away when characters kiss on screen.  I still flip past descriptions of physical affection in books.  It’s who I am–how God made me.  And I don’t think there’s anything wrong with that.

But Ms. Porter taught me that just because it’s in there, doesn’t mean it has to be awkward or uncomfortable–even for me.  I love that book.  And the amazing thing is, neither my husband nor I know where it came from.  It was just on the shelf one day.

But the fiction that has shaped me as an adult has all been Christian Fiction. 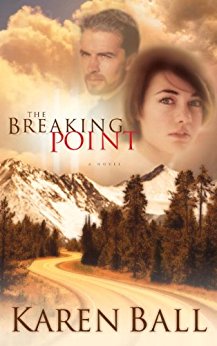 Different books have impacted me in different ways.  Everything from Dee Henderson’s suspense to unlikely books like Karen Ball’s The Breaking Point impacted me in some way.  You know, I don’t even remember what about Ball’s book convicted me so deeply.  I remember being so very unlike the character, but I also remember it hitting home in a completely unexpected way.  A friend read it at the same time.  She couldn’t understand what moved me either.  I’ve kept it all these years.  Maybe I should reread it and see if the Lord shows me again.  Wouldn’t that be something?

I’ve read a lot of garbage over the years.  As a child, I brought home brown, paper bags (yes plural) every week or so.  I devoured everything in them.  I read all of my aunt’s Barbara Cartland books and from them, learned the gist of the British aristocracy.  That’s about all I learned–except that I really thought Regency girls were pretty insipid creatures.  Thankfully, I was introduced to Austen later and learned that some did have excellent senses of humor and intelligence.

I read supernatural garbage by Lois Duncan and mysteries and coming of age stories by Phyllis Whitney.  I read the entire Flowers in the Attic series–and somehow missed the GARBAGE in them.  I’ll never forget re-reading them as a married woman and being revolted by incest and raw sex that I never caught as a kid.  I firmly believe God blinded me to that.  I’m so grateful.  I just wish I hadn’t tried to reread them.  From those and many other books, I learned that fiction can be a poison as well as a blessing–fiction shaped my character in inexplicable ways.

I pray daily that my writing is never the former–always the latter.