One of the best parts about writing the Meddlin’ Madeline series is playing with words that I grew up using and reading, but most people don’t use anymore.  I had parents of a literary turn of mind, so I grew up being told to, “Slow down and enunciate.” This began at age 3. So while other kids were told to “go potty,” I was told to “use the facilities.”  I’ll never forget in second grade telling a classmate, “That’s your prerogative,” when she said, “I don’t like you.”

Add to that the fun slang of the day, not to mention a quirk I’m not giving away, and I can honestly say I had a blast writing this book.  However, I know not everyone is fond of sesquipedalian words or erudite language.  😉  So, with that in mind, I decided to write this glossary of words you will find in the book.  Please note: definitions are mine and written with my tongue super-glued to the inside of my cheek.  If this works as I hope it will, a Depends or two might be in order. You’ve been warned.  (note: links are affiliate links and provide me a small commission at no extra expense to you!) 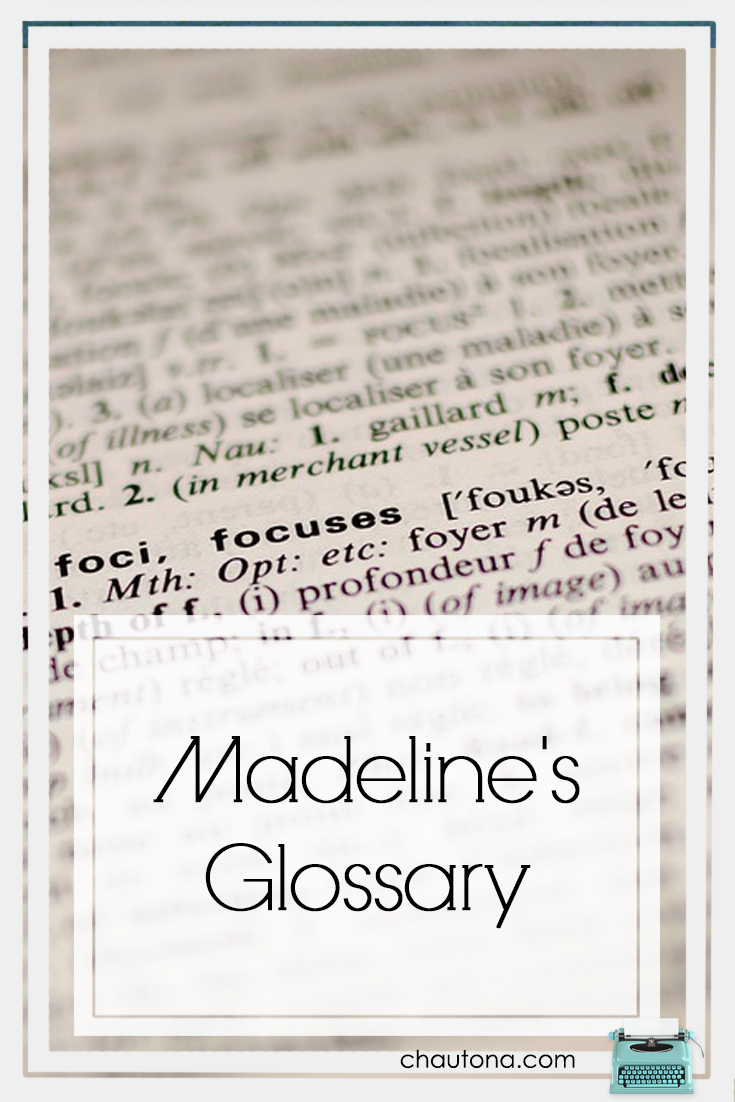 There you go.  It’s just a taste of what’s ahead. Happy reading!  Feel free to stop by for the “official” definitions of the words Madeline uses in her story.  Or not. And yeah.  That Depends?  Don’t think you’ll need it. It was amusing, but not a detriment to the bladder.  Drat. 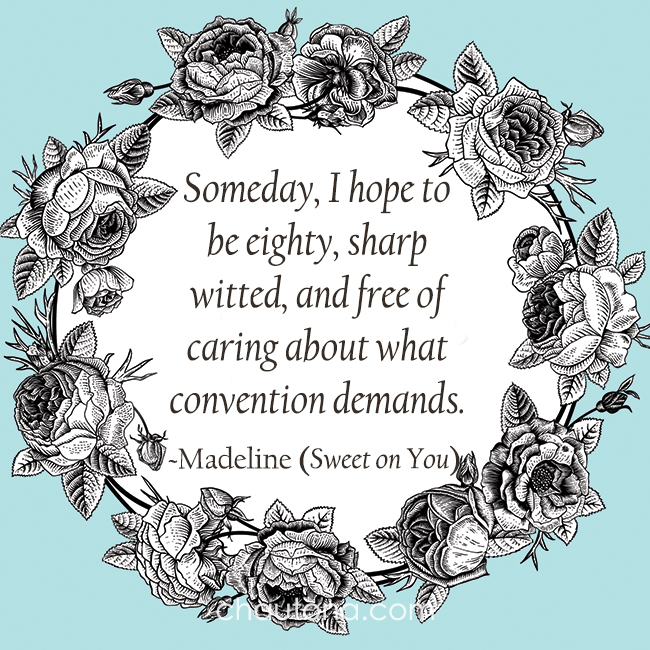