Victorville. 1981. My parents and I went to the movies just a few weeks before I turned eleven. They wanted to see Clash of the Titans.

It sounded boring to me.

I opted, instead, to see Raiders of the Lost Ark. Mom and Dad thought it sounded ridiculous. So, when we met up again outside the theater after the movie was over, guess who loved the movie and who didn’t. Yeah. My raving worked, though.

The next week, they went to see my movie—the one that made me fall in love with the idea of archeology.

Yeah, I wasn’t alone. Half the kids I knew went from aching to be missionaries to determined to be an archaeologist adventurer that summer.

In some ways, that dream never died. But, as I grew older, I learned to live it out in safer, cleaner, and more exciting ways—through books.

As I read the synopsis of The Tempering Agent, I knew I had to request this book to read and review. 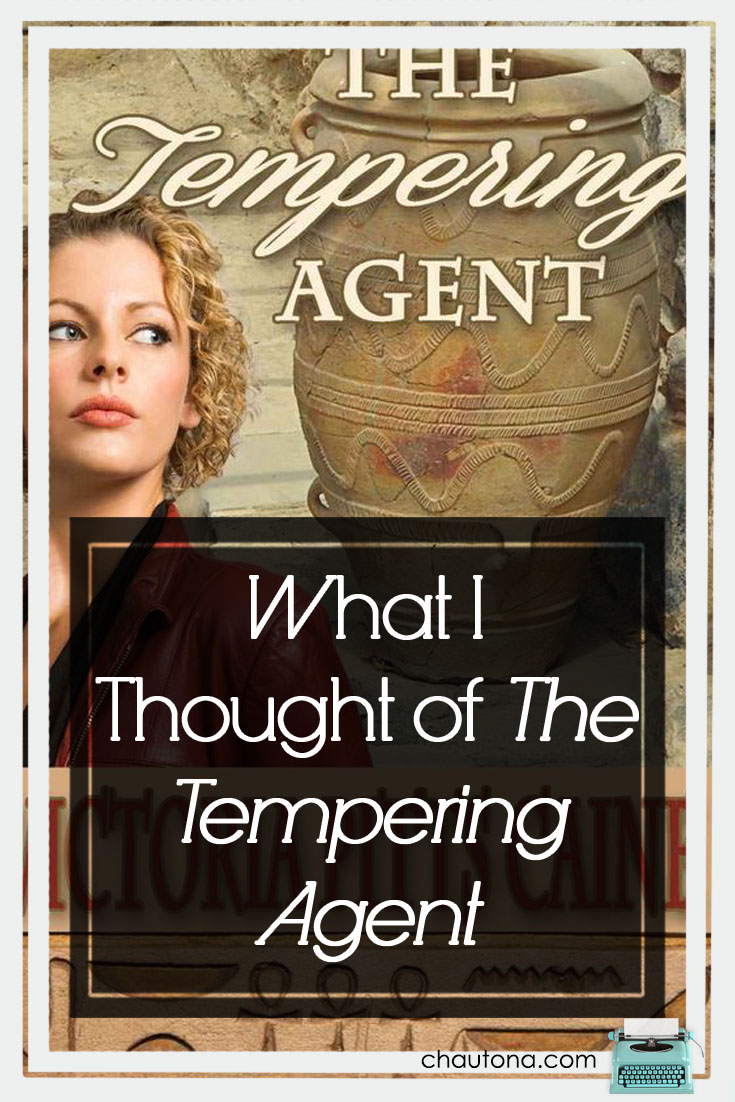 Note: Links may be affiliates that provide a small commission at no extra expense for you.

What I thought of The Tempering Agent

As you can see from the synopsis, the concept of this story is fabulous. I loved the idea of a grieving woman working through that grief to find justice for her murdered fiancé as well as the new crimes that seem to be putting her in danger.

Unfortunately, the book didn’t live up to my hopes.

The Tempering Agent opened with a choice of words that made dating the book confusing, but I figured out it was contemporary soon enough. Little things bothered me—things like how Priscilla is a Brit, but she speaks with American syntax and diction. Inconsistencies in behavior and descriptions made things a bit difficult to swallow at times.

However, I have to give her props for usually keeping descriptions interesting, not overloaded, and without info-dumps. She also did an amazing job of writing a third book in a series without making you NEED the first two to understand it.  Not all authors try to do that, of course, but those who do rarely do it as well as this author did.  I didn’t even know there were more until I went to look up something.

Unfortunately, she does have her characters tell stories as if she’s writing them. At those times, there are unusual sentence structures and diction.

I wish that was all.

There is also a bit of repetitive telling, run-on sentences, and a few other editing issues. For those bothered by those things, you won’t be able to miss them. I purchased this book last night, so I’d suggest to the publisher to take another look at it.

The worst part of the book for me, however, was the romance. Now, I don’t usually read books for the romance, but the “Hi, I’m Donnie, and I’m going to flirt with you because I already decided that I like you.” Followed by the, “I’m in love after two meetings” from her… Ugh. It can work. It can. Sometimes “insta-love” is the point of a novel, but if you’re going to do it, just be upfront about it. And she didn’t. She wrote it as if it was normal to do that. And well, it’s not.

I really wanted to love The Tempering Agent, but by the 44% mark, if I hadn’t given my word, I probably wouldn’t have finished it.

For what it’s worth, I’d have missed some of the best parts of the book. A lot of the action was there and exciting, although one of the most exciting events happened off the page.

One of the strongest elements was the spiritual content in the book. Ms. Craine really did make most of her spiritual truths beautifully presented and without too much preachiness. And in one section, there was this little gem of a quote. 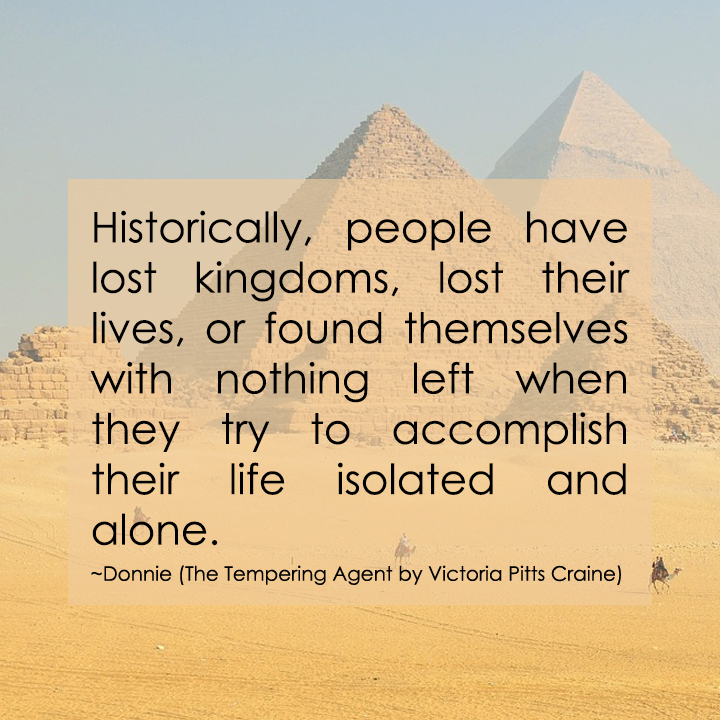 Look, I’ve seen reviews for this book. A lot of people really liked it. A few others, like me, were frustrated by it. So, please. Check out the other reviews. I truly hope you enjoy it more than I did.

Previous Post: « Which of These 12 Killer Authors Will I Read First?
Next Post: So, Why Guide Your Mind & Guard Your Heart? »