The book arrived. Signed personally to me from a dear friend—the author. We cut our writing teeth almost at the same time.

And six years later, I’m finally reviewing it. It’s a good thing that Barbara is such a gracious woman or I’d have lost a friend by now. 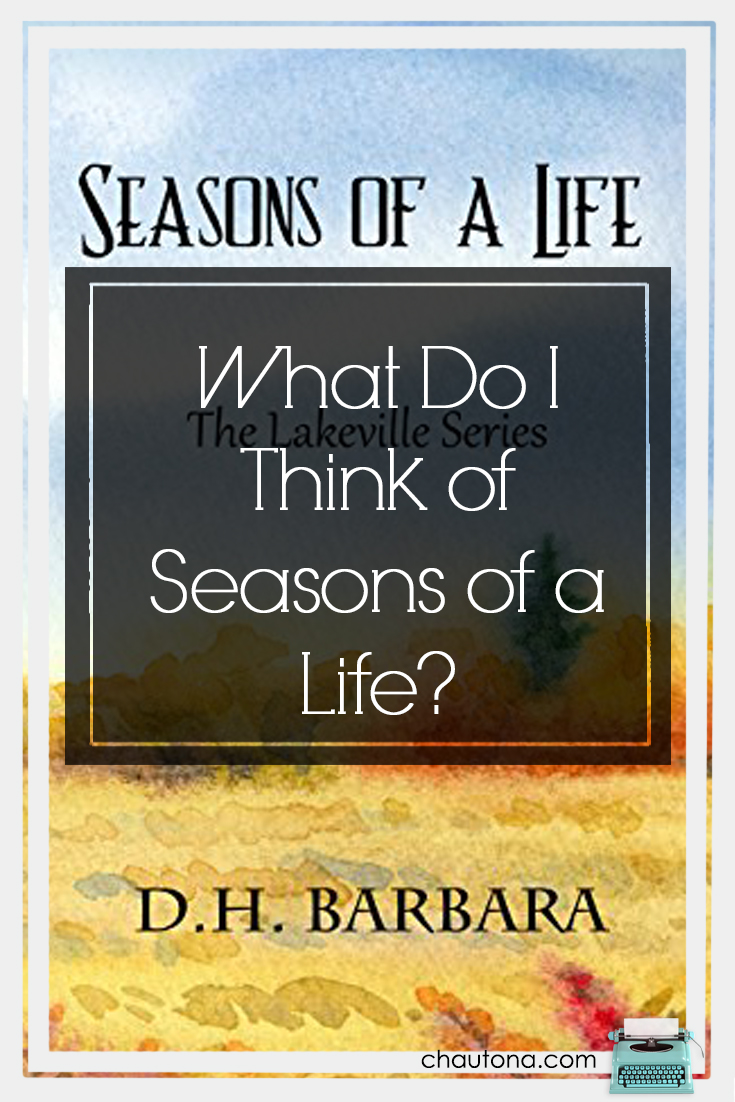 What Do I Think of Seasons of a Life?

This is a book of second chances. Sometimes, the hardest thing to do is allow ourselves the chance of a happy life. But the Lord loves to give good gifts to His children. And D.H. Barbara does a lovely job of showing that idea from several sides—Sammie, Rob, Vi, Sunnie—all of them. I will warn you.  It was difficult to give much information about the plot.  Somehow everything I wrote ended up a spoiler, so I had to be super careful.

What I loved about Seasons:

The characters. Barbara did a fabulous job of creating characters who never deviate from their given roles. She has a significant cast, and yet each one holds a distinct and unique personality.

I also loved that Barbara managed to give a lovely amount of description without weighing down the story with it. We know the world of Lakeville by the description she shares but we’re not smothered by it.

I also loved that she didn’t pull a few of the first author tropes that I started to expect. Every time I thought she would, she didn’t.

And for that, I was just thrilled.

One final thing I loved. This is a romance… and we all know I’m not a romantic, but what I did love is that this story demonstrates that first love isn’t the only love or even necessarily the strongest. I love that it shows people who have lived lives can start again—and it’s not second best… just a second chance.

While it slowed down later in the book, in the early parts, the overuse of characters names in dialogue became tiresome. Most people don’t throw a name in at the beginning or end of a sentence, and almost no one does it with both. The things I disliked wee minor things like that—things I don’t like in my early books either. Little of it detracts from the story. So for what it’s worth. If there was something I didn’t like, they’d be little things like that.

What made me laugh in Seasons:

Sammie’s mother Seriously, you’d think she stepped right out of parts of my family. Ahem. I “get” her. Even when I want to slap her. Seriously, I cracked up during the one visit the whole time.

What made me cry in Seasons:

Well, I’m not a crier. But there are a few spots where I suspect some might enjoy a few tears of joy or sorrow. This is an emotional book but it isn’t overly sentimental.

For people who love family stories that are full of realistic people with faults, virtues, goals, and dreams. The faith shown in this book is woven carefully through the story and leaves with a satisfying and realistic picture of what the Lord does in people’s lives.and enter.

Previous Post: « How to Write a Helpful Book Review in 10 Easy Steps.
Next Post: So, What’s More Exciting Than a New Book? »