The picture stunned me.  After a lifetime of riding Ferris wheels at county fairs, I saw an up close picture of the original—the first one shown at the 1893 Chicago World’s Fair. 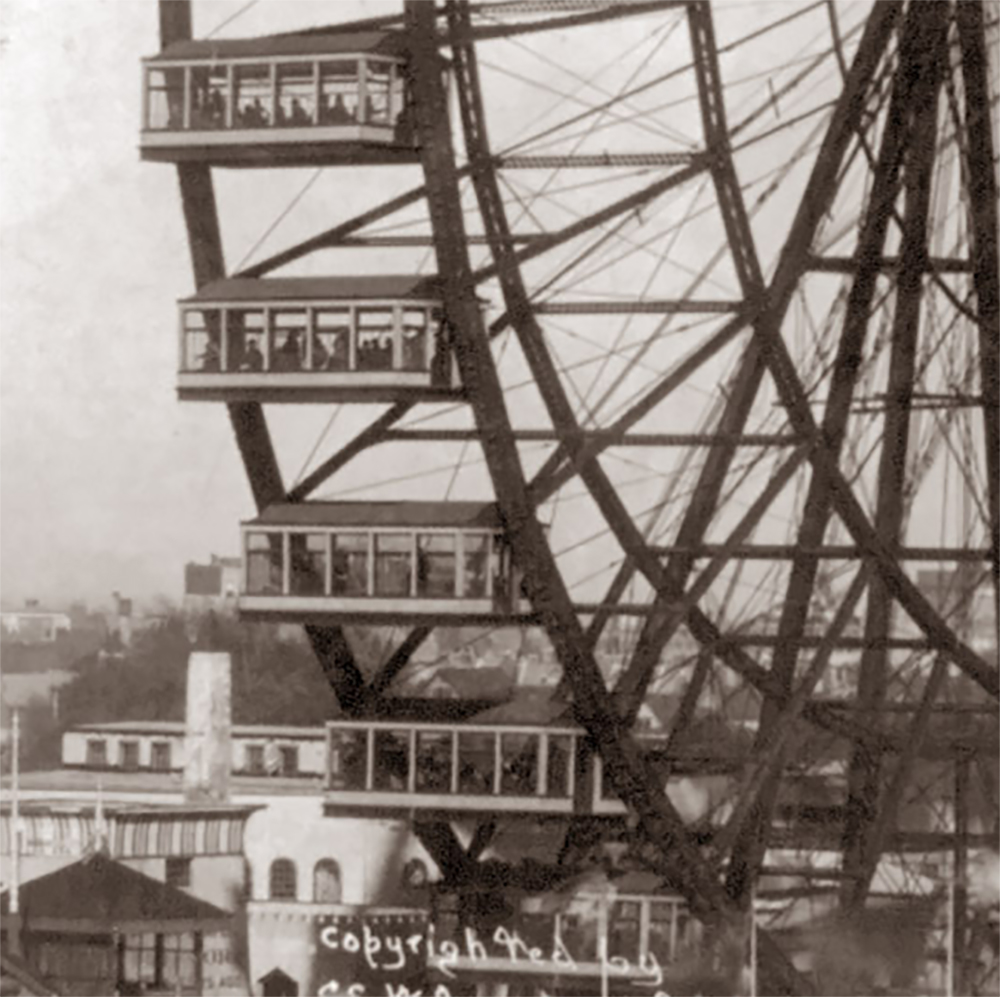 Look, I knew that the ones I’d ridden were tiny compared to the “real thing,” but I was not prepared for that picture.  Sure, it was tall—humongous! But it was also crazy wide!  The little seats that rock back and forth as you climb higher and higher weren’t there.  Instead, great big glass-enclosed trolley-like cars held sixty people each!  There were thirty-six of them suckers!

I’ve never been afraid of roller coasters or other fair and amusement park rides, but something about the idea of being packed in one of those cars with fifty-nine other people gives me the willies.

Let me ride in it alone!

Years after that, I learned about H. H. Holmes—the “first serial killer” in the United States.  Reading up on his castle of horrors was one of those, “Why did you start this?” kind of rabbit trails.  Morbid fascination kept me going, but frankly, that’s why I read fiction—even thriller stuff.  It’s not real. I can convince myself that it didn’t happen rather than aching for the people who really endured such horrible situations.

So, you might ask, if the giant wheel of the World Columbian Exposition and the first serial killer in the US aren’t my cups of tea, why would I voluntarily request a review copy of a “true crime” novel involving both? 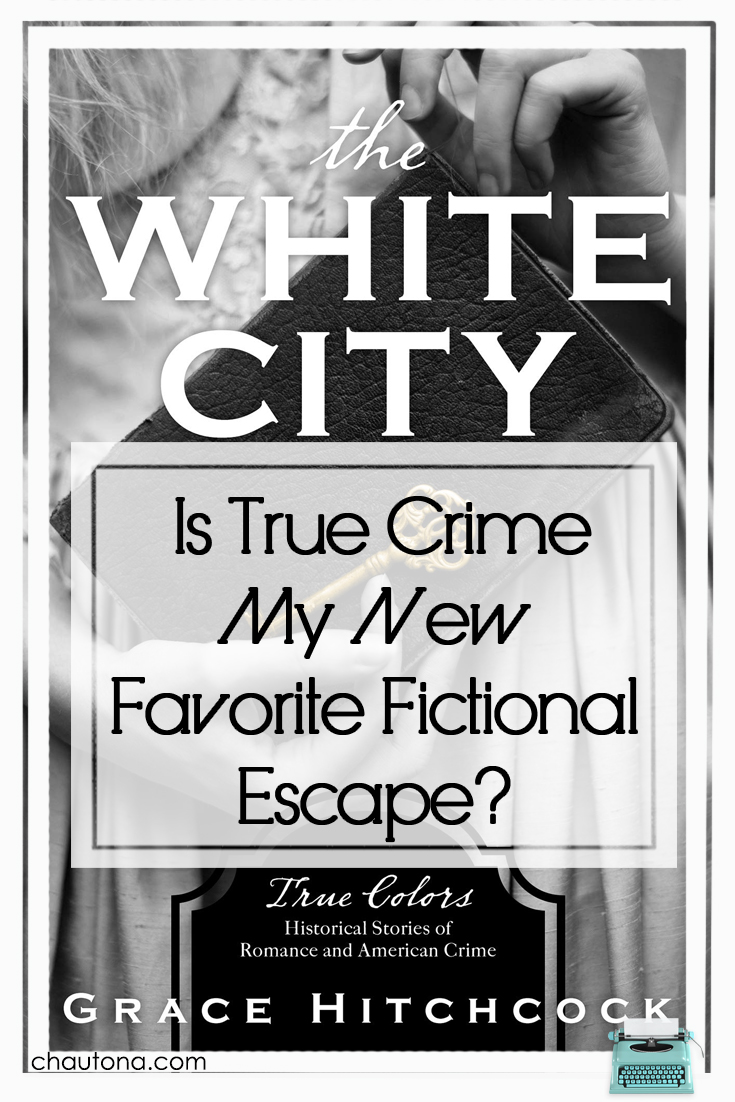 The White City opened with a character I feared would make me run screaming. Winnie Wylde deceptively gives every evidence of being a shallow, self-absorbed, thoughtless girl on the first page or three of the book. Everything shifted around there, and page after page after page passed with me falling more and more in love with the girl at every turn.

No, she isn’t perfect, but she does have admirable qualities and a dogged determination to redeem herself after an unfortunate (or two or three or more) miscalculation of motives and events in the past. Add to that her love of the old “penny dreadful” type stories, and well… can you blame her police inspector father for brushing her concerns aside?

Layer by layer, the story unfolded, and as it did, something delightful happened. You got to see the horrible crime from outside the usual box of all the gruesomeness and ugliness.  Instead, Grace Hitchcock told the story from someone out to prove the guilt of Mr. Holmes in order to prevent further horrors.

We’re not treated to all the gory details, because Miss Wylde doesn’t encounter them much herself. Instead, you see her undercover efforts fail and succeed, and watch as she uncovers the truth—all the horrible bits of it.  And yet we’re not dragged through much of that horror at all.  If all true crime was like this, I’d love it.

But it’s not just a fun book with an interesting storyline.

The White City is also brilliantly written.  I don’t know if any part of the writing even once pulled me from the story.  In fact, I just sat here for a few seconds, trying to find something I didn’t like, and the closest I could come were the descriptions of Miss Wylde’s clothing.  The thing is, there’s a point to those descriptions, and I really didn’t mind.  I’ve never read anything by Grace Hitchcock before, but I’m off to find more.  This woman… she can write.  And anyone who can write like this needs a larger share of my bookshelf space.

So… yeah. Well written, great plot, what’s not to love?  What else could there be to recommend it?  Well, there is just one more thing….

I just loved how similar Winnie Wylde is to a favorite character of mine—Madeline Brown.

Both girls have a doting aunt determined to see them well married.  Both girls have indulgent fathers who, despite desires to protect them, allow a bit of sleuthing where other fathers wouldn’t.  And both girls have a great love of detective stories—although Miss Wylde has a taste for the more lurid tales, I think.

Seriously, if you love mysteries, The White City is for you. If you love history, this book is also for you. Is true crime your jam?  You’ll want to spread a little of this on your toast (okay, that was just a weird one, wasn’t it?). And… if you enjoy Madeline Brown, you’ll love Winnie.  I swear, these girls are literary soul sisters!

Oh, and did I find a new fictional escape?  Well, I may change my mind after the next one I’ve requested a review copy to read, but I doubt it. I’m sure not sorry that I requested a review copy of The White City! Even if I never read another true crime book again afterward, I plan to read every single one in the True Colors: Historical Stories of American Crime series by Barbour Books.

Previous Post: « Is Amish Fiction On The Way Out?
Next Post: 3 Excellent Reasons to Make Hymns a Priority in Your Life »