I’ll confess. I didn’t want to be there, and not just because I’m a natural homebody. Perhaps if it had been a Currier and Ives scene. A farmhouse, evergreen swags and buntings draped along a picket fence, snow piled everywhere snow can be, a jaunty snowman in one corner of the yard (but no footprints anywhere near him to mar the pristine beauty of it all)…

Yeah. I might not have been so unenthusiastic about our “destination Christmas” if it actually had looked like Christmas! But it didn’t—not at all. 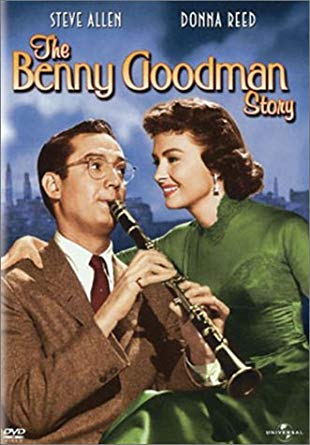 The house… enormous. Seriously. There were more bedrooms in that place than we have rooms in our current house. I felt like Benny Goodman’s mother in The Benny Goodman Story. When she walks into Alice’s house, sees the marble entryway and just how enormous it all is, she says, “Oh, that poor woman!”

Her son asks, “What woman?”

“That every day has to dust this place!”

Yeah. That about sums it up for me right there. Our grandchildren’s voices rang out both upstairs and down, and our grandson dragged me out to see the pool.

Look, that pool? Totally amazing. An infinity pool, it literally just ended at the edge of a drop-off. If you really wanted to, you could swim up to that edge, hike a leg over, and fall down to your death.

It should have been a warning. I’m an author. I know what that’s called.

While we all unpacked and got things ready for the night, one of my girls and her boyfriend took orders and my debit card and went to get dinner for all of us from a local Mexican eatery.

Me? I was frantically finishing edits for New Year’s Revolutions.

Dinner came, we ate… everyone split to do their own thing. Older teens in the game room, oldest kids trying to get the TV to work properly, me editing, of course. 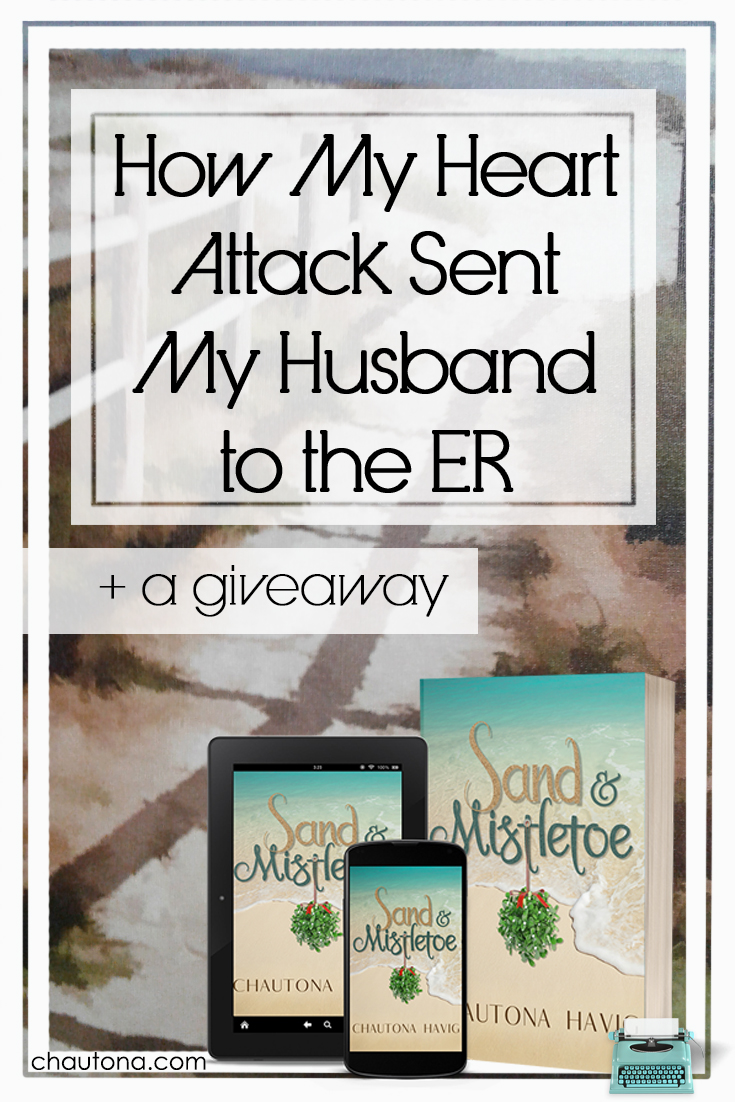 note: links are likely affiliate links that provide me with a small commission at no extra expense to you.

How My “Heart Attack” Sent My Husband to the ER

My husband, as I’d expected he would, went for the hot tub. After having back surgery a few years ago, he has become a huge fan of hot baths and heating pads to soothe the damaged nerve that has never healed.

Thirty minutes later, one of the girls burst into the room. “Dad fell!”

I dashed out the back door, begging God for mercy on my husband’s back. But he wasn’t there. In fact, half of them weren’t. I could hear them, but I couldn’t see.

That’s when the rest of the news came.  I asked where he was and someone said, “He stepped out of the hot tub and fell down the cliff.”

The cliff.  The one with boulders and a fence line fifteen to twenty feet or more away.

I couldn’t get down there—not over the slippery hot tub ledge.  You know, the one with no floodlights to help you see and no railing or anything to keep you from slipping off the tiles and down that cliff?  Yeah. That one.

My only other option, go down the side.  That meant climbing a fence.  I went to change into pants.  By the time I returned, they’d gotten to him and were slowly moving him up the cliff… one rock at a time.

The praises started right then.

The next morning, my “heart attack” transferred him to the ER.

By dinner time, we had the final verdict.  He didn’t break anything or injure any internal organs.  With just a few scrapes and some deep tissue bruising, Kevin was fine.  Yes, it would take over two months for him to move without wincing. The sorest part of his shoulder had bruised so deeply that the color never made it to the surface.

But he was fine.

That Christmas taught me a huge lesson.

Where you celebrate Christmas doesn’t matter.  Who you are with—that’s what makes Christmas… Christmas.

Oh, and considering that in February of the same year, my second son stepped out of a hot tub, passed out, and earned himself a three-toothed bridge, I also learned that Havig men are not allowed in hot tubs.

Have you ever wondered how much of my life you see in my books?

I mean, I showed a bit in A Bird Died, but not really.  That was one, specific event designed to show how amazing our town is and what God did in the life of our grandson. 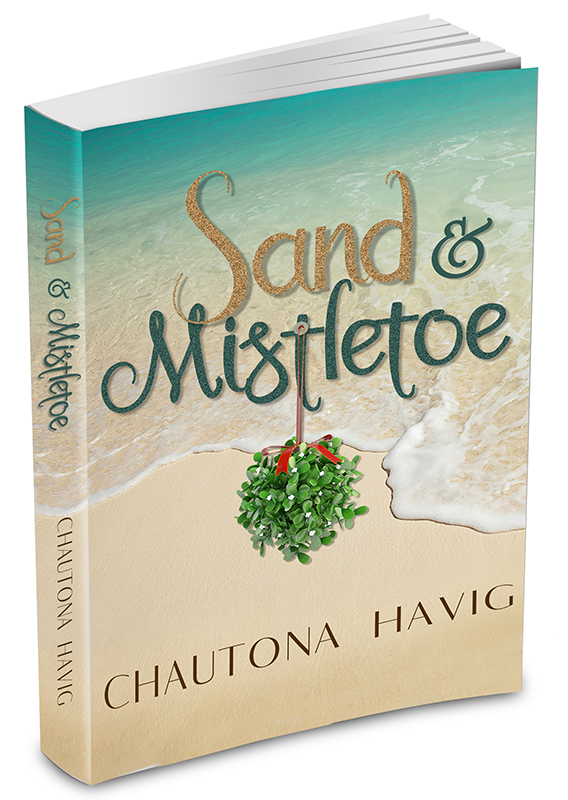 On Sunday, November 25—our thirtieth anniversary, no less—I published Sand & Mistletoe.  While this book is not a “true story,” there are definite true events and glimpses of the craziness of the Havigs in it.  All hyperbolized. As I say in the author’s note, we’re nowhere near that dramatic, but the personalities that produced the drama—pieces of them, all meshed from multiple people into one here and another there—are real.

And so is my beloved Ventura.

Previous Post: « 3 Simple Ways to Destroy Romance in Marriage
Next Post: From Disaster to Delightful: How Aggie Saved Christmas »