I made this video the other night.  It says it all.  I’ll wait while you have a laugh at my expense.

Yeah.  So after I finished with that, I did just what I said.  I went for the classic NaNoWriMo scene generation ploy… The Traveling Shovel of Death. 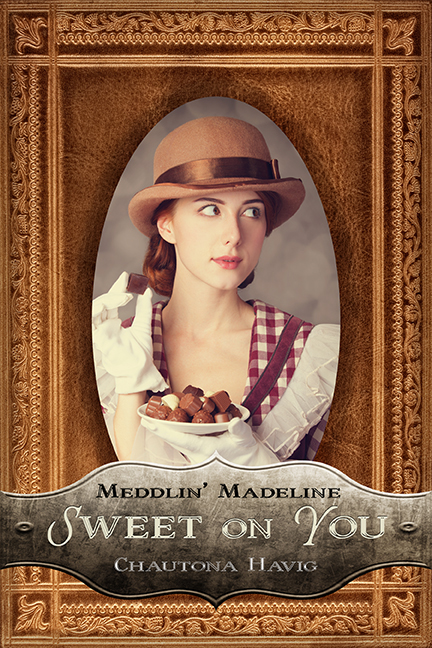 This little bit of NaNo trivia has appeared in others of my novels.  In Volition (still not in print), it got a classic use.  In Sweet on You, it got a more creative use… a mouse and a trowel.  I fear Anne Shirley would not consider Madeline’s method of ensuring vermin perish-mentation very romantic.  My apologies, Miss Shirley.

And since I don’t think it offers any real spoilers about Nancy and her trek across the Oregon Trail as a reluctant (and rather lousy) Pony Express rider, I give you the annual “Traveling Shovel of Death” scene from The Trouble with Nancy. 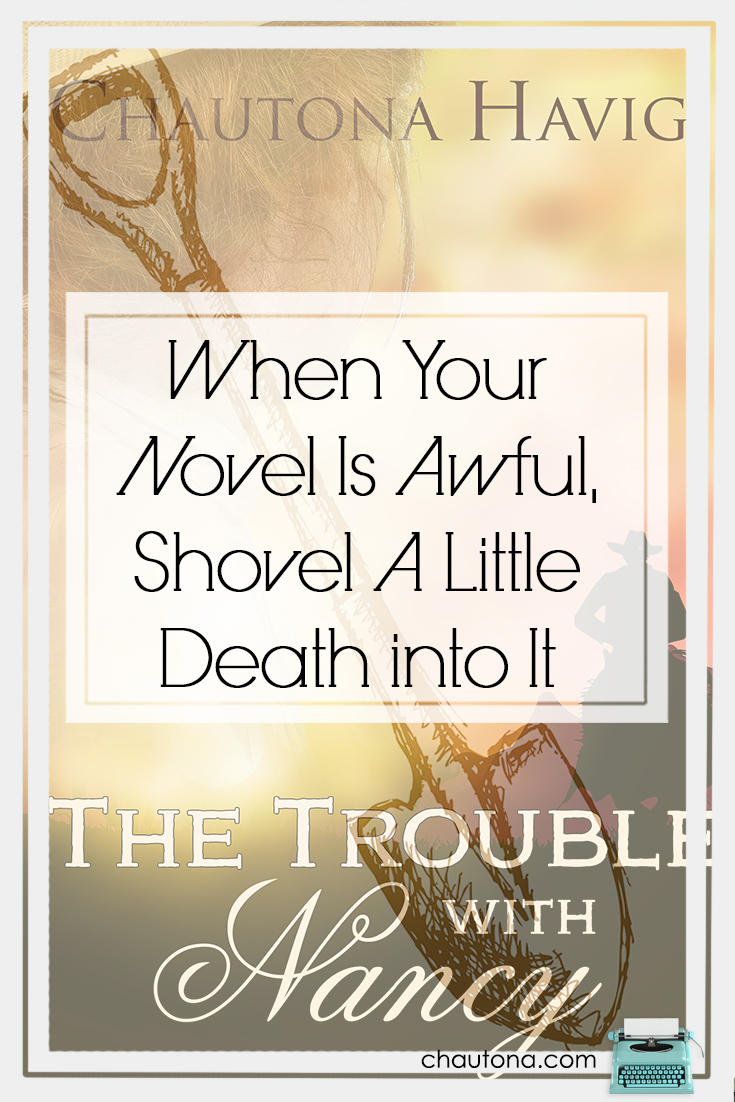 Note: links may provide me with a small affiliate commission at no extra expense for you.

In the lantern light that spilled from the doorway as one of the other fellows went inside, Nancy saw her “helper’s” smile. It looked anything but helpful. And a moment later, it transformed into a sneer. Nancy’d been warned that “Alfie” at Salt Lake didn’t like to work. “Ya gotta make ‘im. He’ll leave everythin’ to you. Don’t let ‘im. You gotta tell ‘im, ‘Look. I need sleep so’s I can ride. You do that.’ He’ll respec’ you more if’n ya do.”

Her voice quavered like a little girl, but Nancy attempted a bit of firmness, pretending she was scolding Hattie at home. “I have to be back on the trail in just a few hours. You are paid to take care of things like that. I expect that food and a bath immediately.”

Of course, she said it all with her eyes closed. So, when she opened them and found the man’s face nearly touching hers, she squealed and hopped back, nearly falling on her posterior once again.

“Sounds like we have a Miss Nancy here, boys!”

A few raucous laughs echoed from across the street. Nancy, nearly frozen in terror, gave a decided and forced shake of her head. “M-my n-name’s not N-nancy! It’s Lewis!”

More laughter followed. Desperate to keep her true identity safe, she repeated herself. “I do have a sister Nancy. She’s older than I am, though. A proper young lady and all…”

A round of echoes followed. “Harrison girl…”

Hands on her hips, Nancy faced the man with all the indignation she’d stored away in her frustrated heart. “Harrison is a fine name. A good family. What right do you have to mock my Papa’s good name? You ought to be ashamed of yourself. Now I want that bath and I want it now!”

Nancy’s demands might have been a bit more effectual had she not stamped her foot in the process.

Night closed in on her as another man drew closer, chuckling. “Regular spitfire, this Miss Nancy of yours, Alf.” He reached for her mochila, and though Nancy protested, had it off in a jiffy. “Whoa, Nellie!”

“Nancy!” She flushed. “I mean, Lewis.” She raced to find an excuse for her gaffe. “See! I need sleep. Now you have me confused about my own name.”

“Heavy… much too heavy. Bet there’s mail in it for ya.”

Alfie reached for the mochila, but Mr. McGee’s warnings echoed in her mind. She reached for it, protesting. He backed away, eying her. “Give that back. There’s no mail for you today. It’s only for Sacramento.” When he turned to hand it to Alfie, Nancy tried to lunge for it one last time. “Mr. McGee said no one was to touch it!”

Dirk turned and stared at her. “You? You work for McGee?”

Still, he held it, weighing it. Eying her. Then he turned on his heels. “Gonna talk to Frank.”

She followed, stumbling, ready to drop with every step, but fury and fear pushed her through. He climbed steps and jerked open the door, and light spilling from the room showed her just what she needed. Nancy pushed past him and grabbed a shovel leaning against the side of the house. Holding it up, she held it up, ready.

Dirk laughed and tried to push her out of the way. “Like a little thing like you can hurt a man with that.”

Fueled by fury, she jabbed it at the man’s belly, first. “I’ve killed with a shovel before.” Just because it was Mrs. Peabody’s dog doesn’t make it any less true.

The laughter only increased. She raised it, ready to smash it down on the man’s head. “I said, drop it.”

And her voice only wavered a bit.

Though Dirk reached up to grasp the handle and jerk it from her, Nancy hadn’t exaggerated. She saw the move and countered it. Swinging it to the side, she spun in place and it whacked the side of the man’s head. He crumpled.”

But Nancy had only one thought in mind. She hoisted the mochila from the ground, draped it over her arm in the way she’d learned to, and stormed around the side of the building. One of the fellows called after her. “Where’re ya goin’?”

“Can’t a g…guy use the privy without requiring an announcement?”

She made it to the outhouse—inside. And without a thought to doing any “business.” Leaned against the latched door and sobbed. And, God? I’ve not been regular with my daily prayers since I left home, but I’m asking for help now. Please don’t let Dirk be dead.

Yep. This is why… When Your Novel Is Awful, Shovel a Little Death into It

Stay tuned for the rest of the book… and whether I actually allow it to be published or not.  It’s going to be totally up to the launch team.  I figure it’s time they get a say in this stuff.

Have a wonderful Thanksgiving week!  We’re excited around here. After Thanksgiving Day, we head down south to #2 daughter’s wedding… on our anniversary!  Yep!  Just 29 years after we got married, our Morgann is marrying her Matthew.  We’re so excited for her.  He’s a wonderful man (and we think she’s pretty awesome, too).