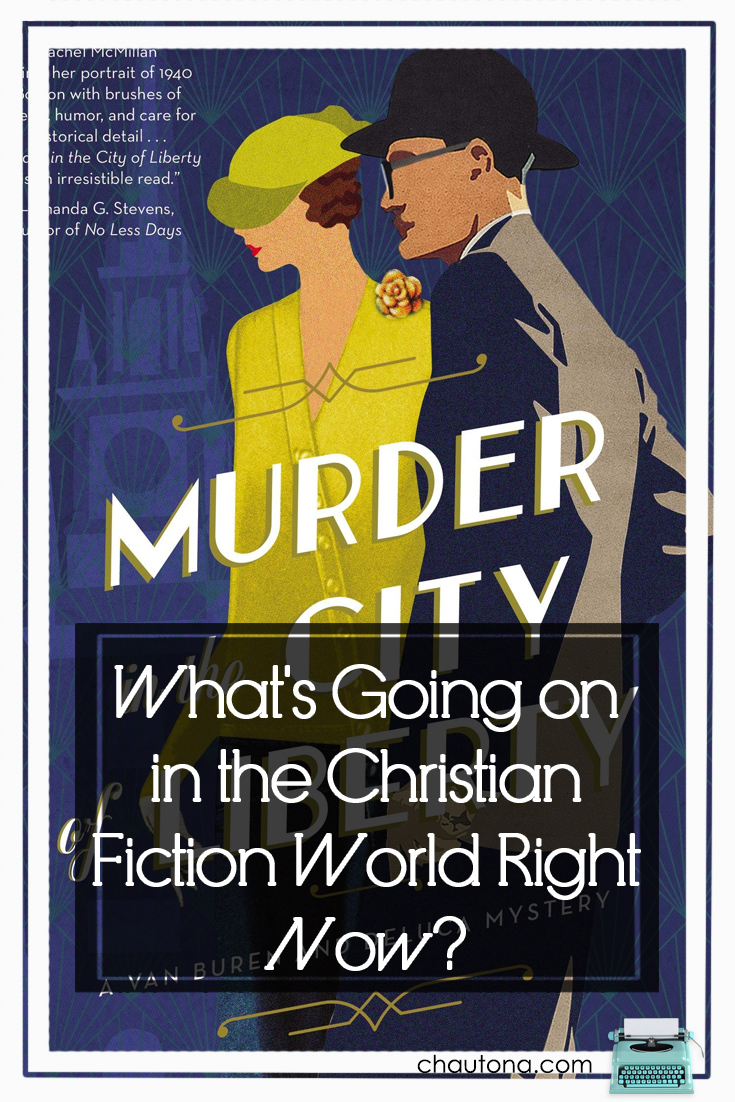 In January of 2018, I wrote a blog post about where I thought Christian fiction would be going in the next few years.

One of my “predictions” is already becoming obvious—and not in the way I thought.

But what is weird is a new (but age-old) attitude of “I’m okay, you’re okay” in it…I think we’re looking at an even bigger split in the Christian fiction market because of it. More people will be “crossover” writers. We’ll lose our “clean” fiction writers who make sure to include a prayer and giving God the glory. They’ll just drop the rest and write clean fiction for the masses.”

Yep. I was totally right and totally wrong.

Because you see, I thought this would be a predominately Indie author thing. But seriously, I’m seeing it hugely in one of the biggest Christian fiction publishers out there—Thomas Nelson.

I’ve had niggles before, but then the book I reviewed a few days ago gave me fits because I didn’t know how to handle a few things.

And guess what? I just read another one from Thomas Nelson Publishing that has my head spinning. Even more than the last one, the faith element of this book is so subtle it’s almost not there. Certain statements can be taken with the lens of the Gospel or the world’s philosophy.

Why don’t I forgive you first, and then you at least have some forgiveness until you can catch up, huh?”

Seriously! That was one of the sweetest scenes I’ve ever read. It’s beautiful. But since I think we’re supposed to assume that the character spoken to is a Christian (after all, he sought solace in the North Church of Boston…), I don’t think she’s the first to forgive. That would be the Lord.

I won’t pretend it isn’t possible. But here’s the thing. After reading a book in which the only characters who seem to have a true faith at all are Jewish… it does make one wonder.

Then again, many of the things that were said could be taken on a deeper, spiritual level if the reader knew to do it and understood the subtext—assuming we should read into what’s there.

Look, it could happen to anyone anywhere. When my publisher was trying to write the synopsis for one of my books, I could have ignored it when they added the line, “…the importance of following your heart.” I could have!

Because see, I don’t believe following the heart that Jeremiah says is deceitful and wicked above all else is something we should follow! Sure, I could have left it and trusted that readers would just automatically know that I meant that Jesus is in my heart so I’m talking about the importance of following Jesus.

Here’s the thing. We all know I hate preachiness in fiction.

Show me the sermon. Don’t preach it to me.

Look, when I requested a review copy of Murder in the City of Liberty, I didn’t know anything about the series (or that it was the second book. Oops!). I just liked the sound of the story and the chance to find a new author.

And I did—like both of them. But coming on the heels of a few others like it, I’m confused. I decided to write this out there so future reviews would make sense. I’m going to have to point out if they are weak on the faith issue, but my star ratings will have to do with how much I enjoyed them if read through the lens of Biblical truth. But I’ll point out what’s missing in the review.

Note: Links may be affiliate links that provide me with a small commission at no extra expense to you. Additionally, I requested a review copy of this book and chose to review it.

What’s Going on in the Christian Fiction World Right Now?

I’d say a whole lot of good stuff. Seriously. Despite my frustration with this new trend of “Christian fiction” that has very little spiritual encouragement, if any at all, there’s a whole lot of great stuff coming out right now.

And part of me really does appreciate that authors (and their publisher) are giving me credit for having a Biblical lens with which I read things.

Okay, here’s the deal. When I recently fought and struggled with what to do about star ratings on a Christian book that, on the surface, had things in it that screamed borderline heresy… something kept coming to mind.

While I firmly believe Christians have an obligation to warn one another of potential issues in fiction or nonfiction books—in anything outside the straight Word of God—I also believe in Matthew 7:12. I Corinthians 13.

I am a Christian. I don’t pretend to be anything else.

If that’s the case, and it is, when my words seem to imply something that my life and my admission of faith would say otherwise, then I hope people will assume the best of me until I’ve given them a reason not to. Until they see me write or hear my say something that revokes my previous statements of faith, I hope they’ll be merciful. Kind.

So that’s what I’m going to do with Murder in the City of Liberty (and the one I read a few days ago).

Murder in the City of Liberty is a well-written, engaging book with fabulous characters. I seriously had so much fun with them. You have no idea. Quirky, interesting, consistent but not predictable all the time. And, of course, my favorite. Flawed. Thanks to a character arc that is going through the series, I suspect there’ll be even more.

And actually, thinking about that. The character arc could explain the lightweight faith elements. If they don’t have much yet, maybe it’s because something is coming… An interesting thought.

The mystery isn’t one you’ve never seen, but seriously, with the characters, the setting, etc—it made it seem new and fun.

Though I haven’t read the first book, I didn’t have any trouble getting up to speed. Rachel McMillan did a fabulous job giving us the past without dumping it on us or giving us too many spoilers. It all feels like stuff we’d likely figure out early on reading the other book—okay, a couple of minor things we wouldn’t have known but nothing that will ruin those stories.

I spent the entire book on tenterhooks about everything!

It wasn’t that Murder in the City of Liberty was that suspenseful. Instead, it was more like it was that delightful. You just knew something fun would happen every now and then—something bad—something unexpected.

With every element that a solid mystery needs—red herrings, fun detectives, means, motives, opportunities, and more than just the mystery driving it… this Van Buren and De Luca series promises to be a whole lot of fun.

Meanwhile, I’m off to buy the first book. 🙂

Previous Post: « 3 Reasons You’ll Love and Hate This Book
Next Post: Why This is The Book to Read This Summer »