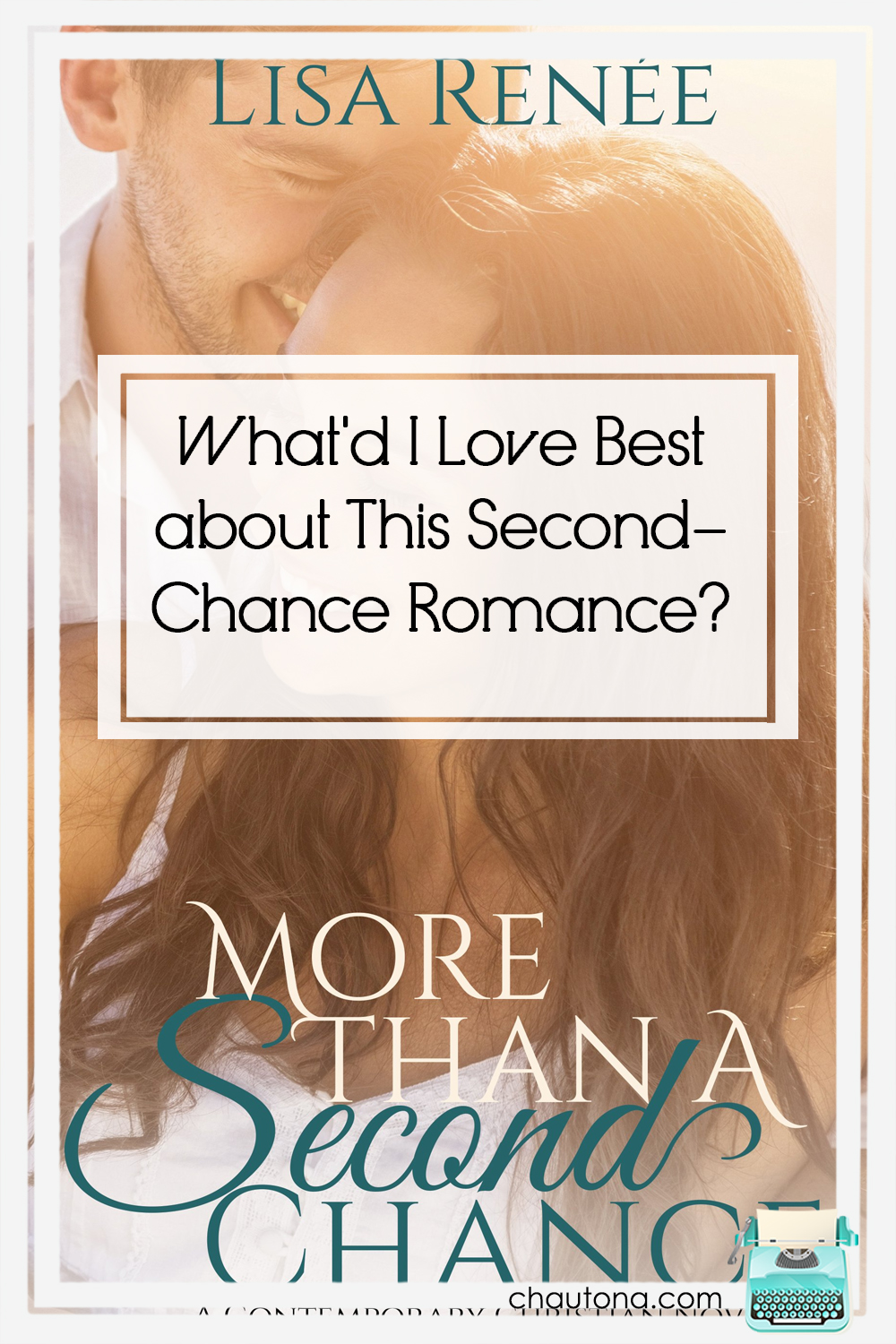 It wasn’t in my planner.  Confused, I looked at the reminder again, stared at my planner again, and blinked. Again.  I knew I’d reviewed the book already. Over a month ago–maybe two. No… at least two. I didn’t think I was even home for good when I did it.  In fact, I knew where the book was.  I’ve been saving it for a reader here in Ridgecrest but hadn’t had a chance to drop it off yet.

Just to reassure myself, since I had put one month’s worth of blog posts on the NEXT  month last year, I decided to go get the book.  Prove it for myself.

I had great plans for getting almost done with my manuscript tonight.  Um… nope. that wasn’t going to happen. Not if I had a second-chance romance to read.  Still, the synopsis sounded good.  At least I’d enjoy myself!  I hoped.

Note: links are affiliate links and will likely provide me with a small commission at no extra expense to you.  Additionally, while I requested and received a free review copy, I read More Than A Second Chance on Kindle Unlimited and chose to post a review of it without obligation to do so.

What’d I Love Best about This Second-Chance Romance?

Let’s see… what’s not to love?  Maybe the Australian setting?  I mean, after all… who wants a cool Aussie setting where you can practically hear the accents coming through?  Ahem.  Perhaps it’s the Aussie-American couple in the book?  No American would possibly be interested in that idea.  Right?

It could be a couple committed to focusing on the Lord and His will for them long before there was even a hint of them?  The exploration of things like abortion?  Adoption?  Troubled teens? Domestic violence? Depression?

Wow.  Looking at that list, More Than A Second Chance sounds like a real downer of a book.

Guess what?  It’s not.  I mean, how could a second-chance romance be a downer?

Everyone knows I love me some flawed, relatable characters, and this book has them in spades (throwing that in for the canasta reference in the book). Not one character in this book behaved in a cliched manner.  Not one made me roll my eyes at over-the-topness.  In fact, I’d say characterization and the guts to tackle difficult topics, even piled on top of them, are Lisa Renee’s biggest strengths.

What I loved best, though, is the focus on the Word, the Lord, and being immersed in both.  Look, not everyone is going to agree with the conclusions on divorce and remarriage.  Not everyone will agree with “band” choices or “Christian teacher” choices, either.  We all study the Word and come up with differing conclusions.

What I loved about More Than A Second Chance is that I believed the characters were doing that–studying the Word and coming to conclusions rather than using the Word to support conclusions they’d already come to–or wanted to.

If I wanted to be nitpicky (and I really don’t), I’d say that there are a few typos (repeated opening sentences, a word here or there, etc.)  Nothing major.  (you know, like how I just typed “magor” for reasons that make NO sense to me. I’ve never done that in my life!)  Additionally, it does get a bit “telly” and “info-dumpy” in places, but for reasons I don’t understand, I didn’t care.  Seriously, my pet peeves… didn’t faze me.

I think it’s because this second-chance romance is that good.

No rushed romance (hey, those happen.  My parents met and married in six weeks!), all the spiritual focus without much preachiness.  What’s not to love?

Melissa’s dad.  That’s what’s not to love.  And if you want to know what I mean by that… read the book.

Recommended for lovers of romance (especially second-chance romance s) that isn’t flowery protestations of undying devotion, lovers of realistic fiction that shows the ugly side of life without steeping you in it, and lovers of Christian fiction without apology.

More Than A Second Chance is on tour with Celebrate Lit 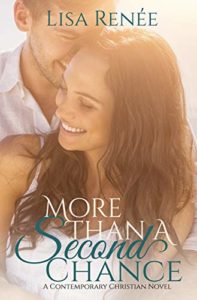 Book:  More Than A Second Chance

Does Cassie deserve another chance at love?

Cassie Chambers, a dedicated youth worker, is determined to rescue the troubled youth in the city of Perth, Australia.

Cassie has made mistakes but hasn’t allowed tragedy or divorce to stop her. She devotes every working hour at Youth Connect. But her own needs are neglected.

How will Chris respond when he finds out her secret? She must tell him before he falls in love. Will he believe she deserves more than a second chance?

To complicate matters, one of Youth Connect’s troubled teens needs rescuing. She’s pregnant and moves in with Cassie, bringing absolute chaos. Chris gains insight into what life with Cassie involves. Does he still want the total package? Is Chris her true soul mate? 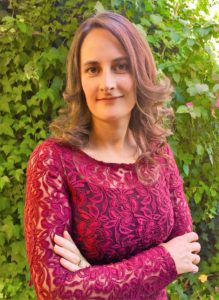 Lisa Renee is a member of American Christian Fiction Writers and Omega Writers, Australia. With an Australian theme, she wrote the Single Again series featuring More Than a Second Chance and Acres of Promise, to encourage women to heal past wounds and to dare trust again.

Lisa adores babies enough to have seven of her own. Recently, Lisa has taken up breeding Ragdoll cats instead of breeding humans.

The tribe lives in Australia, where Lisa and her husband enjoy their writing projects, public speaking, and are on the pastoral team at their church.

What inspired you to start writing?

I’ve read many wonderful Christian novels of first-time love. Unfortunately, not all of us have experienced a strong lasting marriage. I’ve met many women who’ve had a husband turn away from their Christian faith and left the marriage. I want to encourage those women that God can restore what was lost with a faithful man.

My message is not to rush ahead of God’s timing. My characters are more cautious since they know life can throw unexpected blows. They learn to trust and open their hearts again, which takes time.

My first series tackles the central issue of divorce. More Than A Second Chance also addresses the challenges of infertility and grief. The story is wrapped around a new romance with plenty of humor and light-hearted moments to balance out the themes.

For Him and My Family, January 18

Through the Fire Blogs, January 19

For the Love of Literature, January 24 (Author Interview)

By The Book, January 27 (Author Interview)

To celebrate her tour, Lisa is giving away the grand prize package of a $25 Amazon gift voucher and free eBook of More Than A Second Chance!!