When I received the invitation to review A Memory Worth Dying For from CelebrateLit, I had to try it.  I mean, who doesn’t love a good mystery.  And Joanie Bruce writes a good mystery!  I hadn’t read her first book, so I started with Marked For Murder. When I figured out who it was right away… and still was kept on the edge of my seat second-guessing every single thing I thought I knew about the book, I knew I’d found a winner. 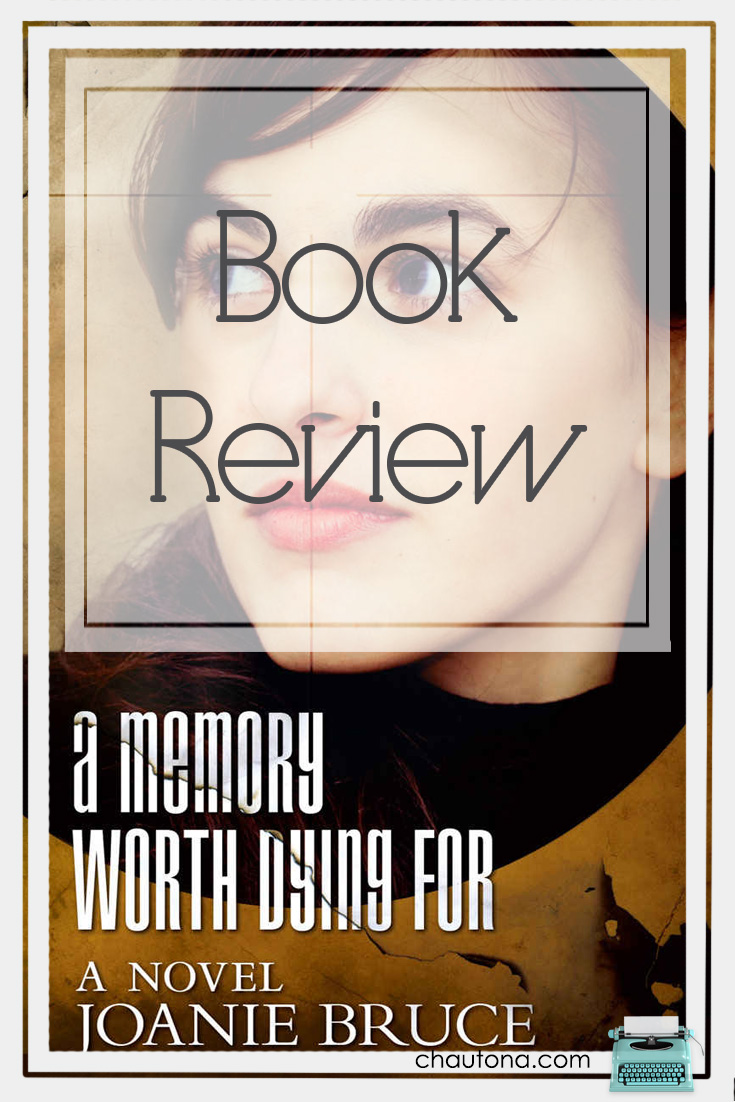 A Memory Worth Dying For was equally intriguing. It isn’t that Ms. Bruce writes a “can’t figure out who did what” mystery.  No, she writes a book that you can figure out and then makes you doubt every who, what, where, and why there is–not to mention the how.  Whodunnit?  Nailed it.  How?  Why?  Where?  Yeah… not as easy. Not only that, but when you can’t figure all of it out, and enough red herrings enter the picture, your certainties morph into uncertainties.  What are you left with?  A fun read full of twists and turns.

A few caveats about the story Ms. Bruce tells…

Ms. Bruce writes overtly evangelistic fiction.  As such, at times it does feel a bit preachy, but solid writing, good characterization, and interesting plot lines keep it from detracting too much from the story.  I have a strong preference for faith gently interwoven and naturally revealed in ways that feel authentic rather than clumped sections of “this is truth.”  I don’t always achieve it well myself, but it’s my preference.

There were elements that I found a bit cliche at times, but nothing so problematic that it jarred me completely from the story. Ms. Bruce is a natural teacher.  I saw it in both books as she helped characters cook and understand other tasks (that I won’t share for fear of spoiling the story).

A couple of times those spots became a bit too detailed for me. If I want to know how to bake this or that, I usually prefer to look it up when I’m actually doing it.  Small amounts, yes. It lends authenticity to moments and allows for alerting folks to dialogue changes in a natural way.  But more than that becomes like watching an entire episode of “How to make xyz” on a TV show in a movie–where they show the whole recipe for the purpose of showing the recipe instead of understanding something about the one learning or teaching it.  And that detracts a bit.  Still, it was minor.  It didn’t really bother me as much as made me notice it, and I know it bothers some people–the only reason I noted it.

I will say that until I decided that love and hope blinded the main character, Marti, to reason, many of the decisions she makes are improbable and quite annoying.  She is constantly in danger and yet remains in danger by her own choosing–while still terrified.  Marti knows how to avoid this danger. Stay away from her ex-husband. Yet, while struggling with her faith after past horrific events, she remains in a place that increasingly becomes more dangerous.

The only explanation is her hope that her ex-husband will remember what they had and forgive her past mistakes.  I’ve seen women do that very thing. Marti personifies those broken, wounded, hurting women who cling to the past while avoiding it at all costs.  She fits the profile, but until you really see it, you want to shake her like the gal in the white nightgown going down into the dark, scary basement in every other horror movie.

All in all, Joanie Bruce’s books were in the top ten books I’ve read so far this year–primarily because they kept me intrigued and didn’t irritate my overly-critical side.  I’m not proud of that side. Still, I note it to temper what may appear an unfair reflection on other books I’ve reviewed this year.

Previous Post: « Winning Without a Word: Works for Men, Too
Next Post: Run with Endurance the Race Set before YOU »