A sign greeted us as we entered, but not just any sign. This four-foot silver-framed blackboard hinted at the amazingness within.  It makes sense, actually, because it was the launch party for the Kingdom of Ruins, and we were about to enter “the lands within.” 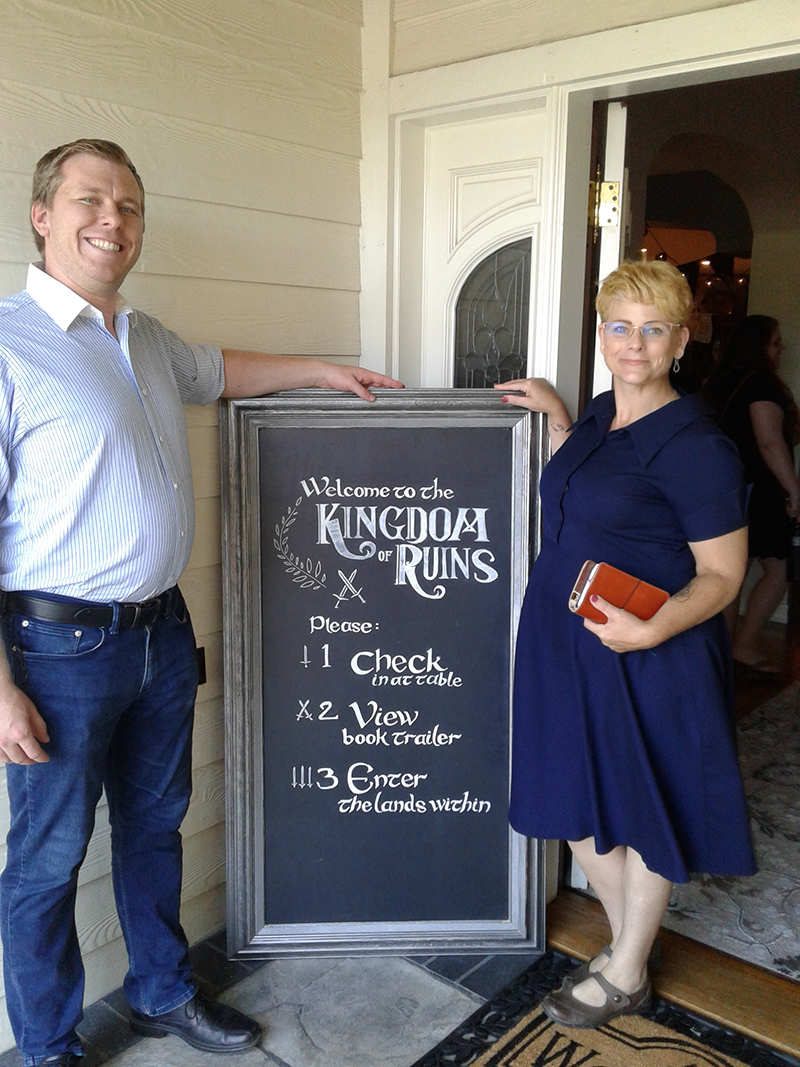 Author D.C. Marino knows how to throw a party!  I knew this because I’d been to her house for meetings that felt more like intimate parties that made anything I’d ever seen on Pinterest look like a cheap imitation.

So, knowing all she’d been doing for weeks, I had high expectations and hopes.  I wasn’t disappointed.

At the door, we were greeted by Deb’s team of amazing helpers who gave us game cards, drinks, and led us to the viewing room for the book trailer.  That trailer wasn’t just an awesome introduction into the world of Marino’s imagination, it also held clues that we’d need to find all the objects hidden in the house.

And then it began.

Her living room became the Palace at Anaphora. The dining room at “The Dashlades”—the baker’s house. And then we reached what has always been a lovely family room with a pool table.  No more! They built a structure to create the Mapmaker’s Cabin!  Maps, quotes, clusters of objects, soil samples in delightful little bottles—it all came together in one beautiful little nook with herbs hanging from the roof! 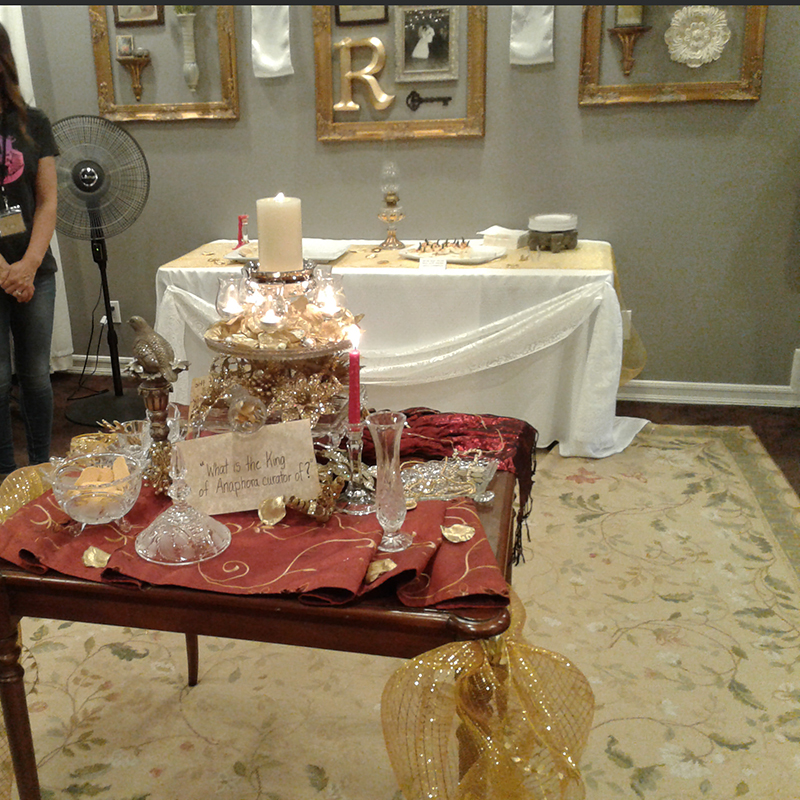 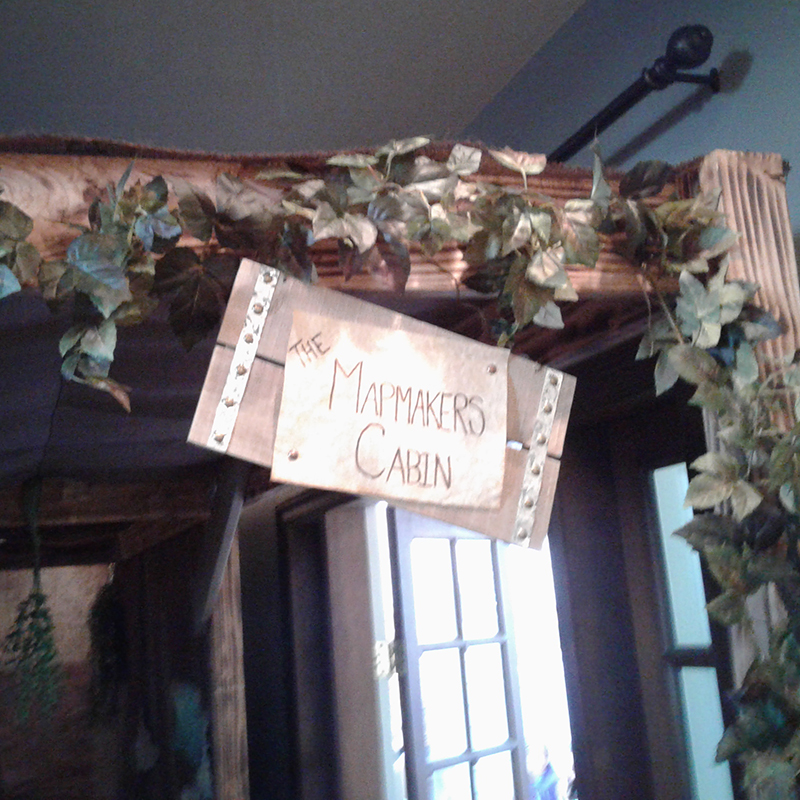 By this point I’d become separated from the other two co-hosts of the Alive & Writing podcast, Clark and April, and had begun to search for my clues myself.  Deborah’s writing nook… oh, if you don’t follow her on Instagram, you should.  The pictures of it are just utterly delightful. 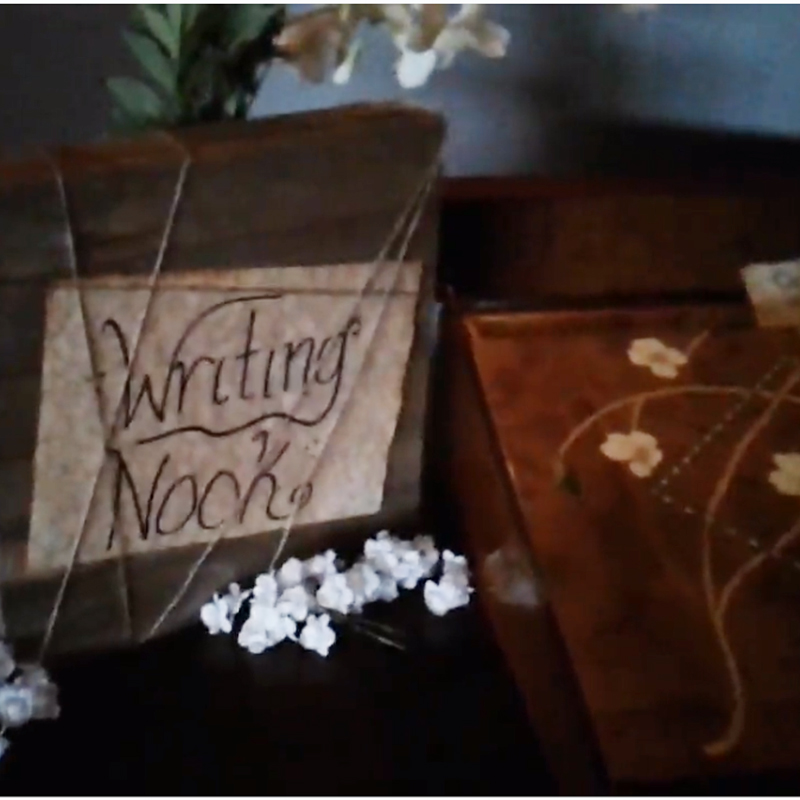 Lori’s flat—where I have spent many meetings now made me really believe it’s where Lori from the book lived!  And, I found the square and lance rather easily.  That always feels good.

But the room at Wrythe…

Creepy, beautiful, horrible.  Just as it should be.  I stepped in it and got a shiver down my spine.  Just as I should have.

Not everyone can recreate places in their books in their own home for a launch party.  And even those with the house to do it… shouldn’t necessarily try.  You see, I’ve seen it done perfectly, now.  Anything else could easily be a cheap imitation. 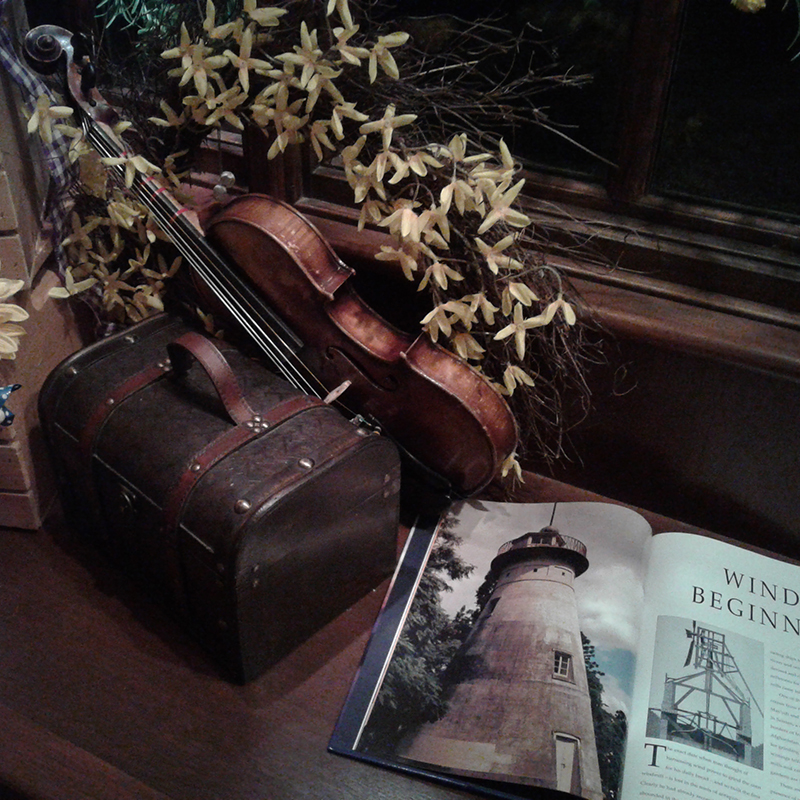 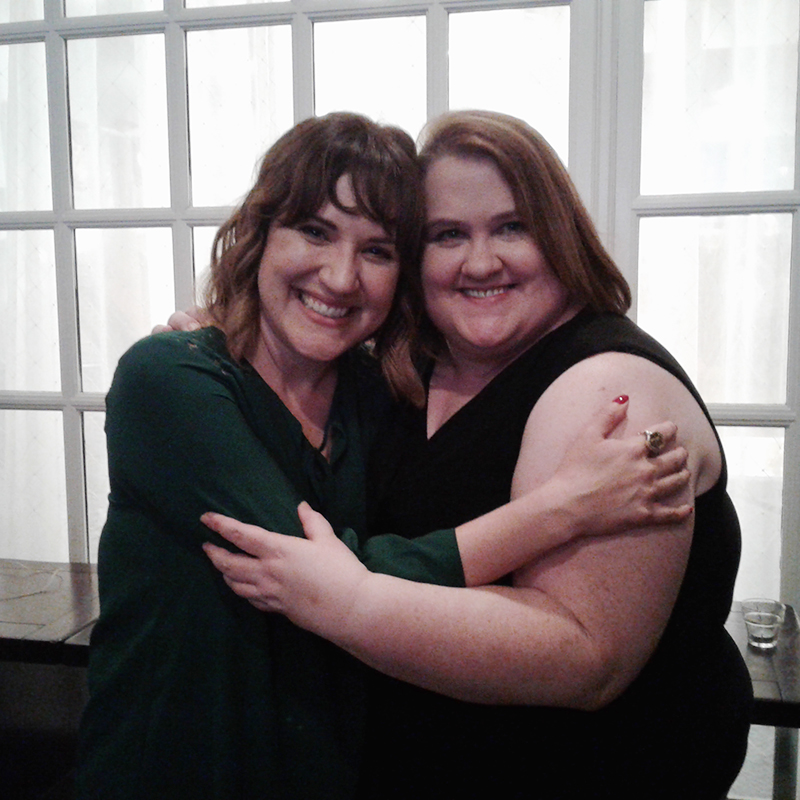 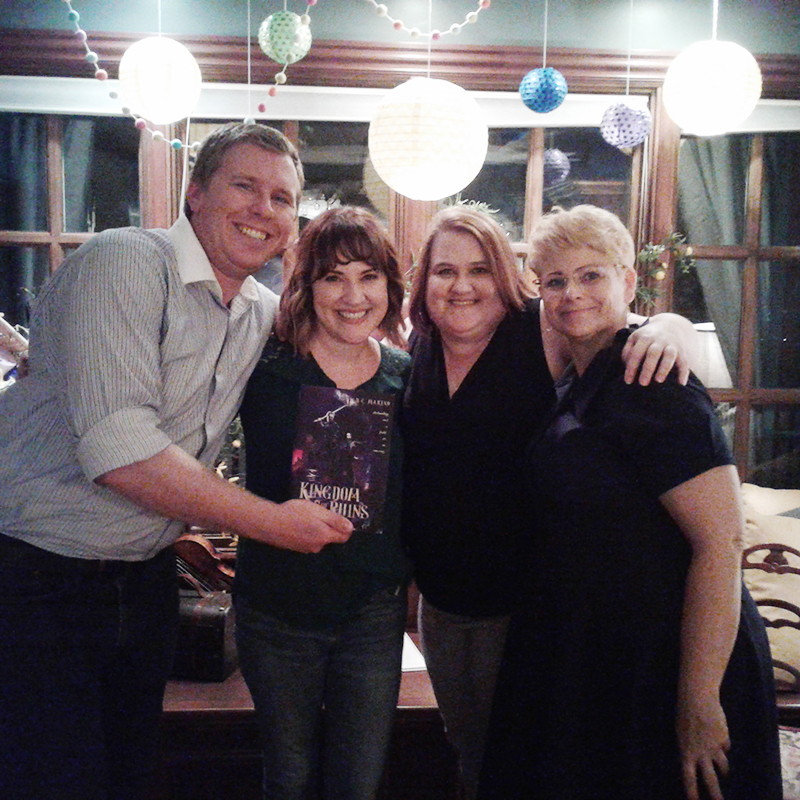 So with all that, was the book worth reading? 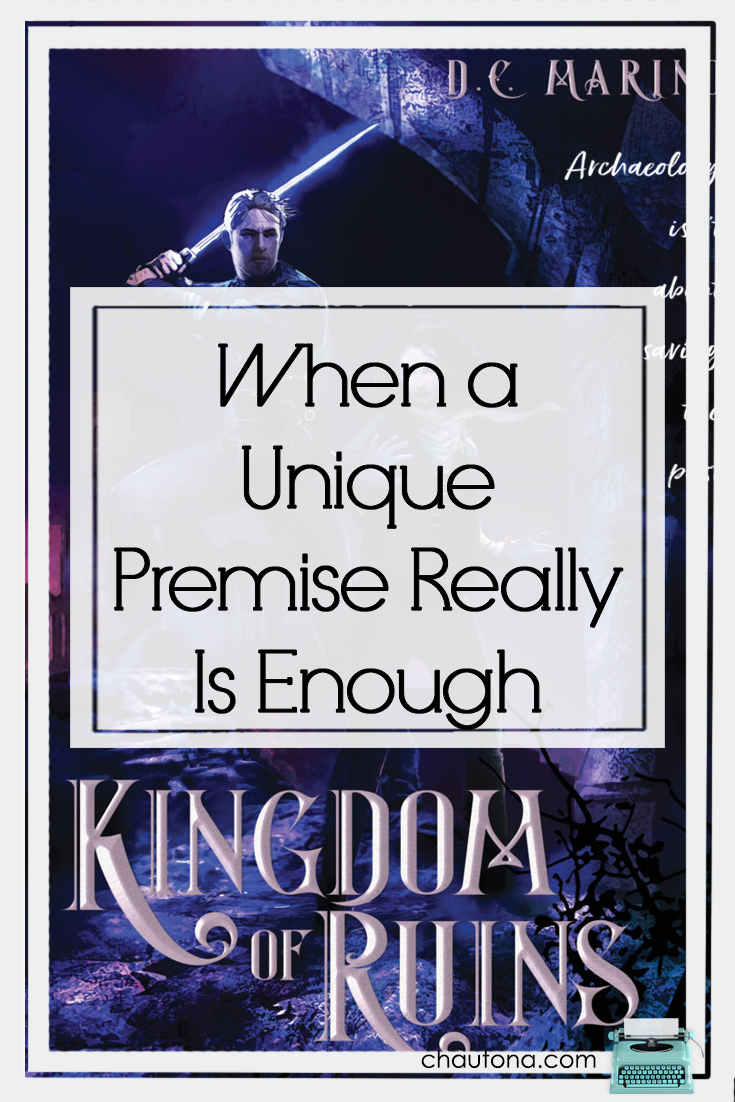 Note: links may be affiliate links that provide me with a small commission but there’s no extra expense for you.  I also requested a review copy of this book, and my opinions were not influenced by that.

When a Unique Premise Really Is Enough

An archaeologist who is afraid of ruins—of dead things. What a phobia to develop!  When D.C. Marino said that her book was like Indiana Jones meets Lord of the Rings, I didn’t quite know what to make of it. Could she pull that off?

The idea of a world where everything is sentient—would it be beautiful and magical or overworked? So, with a bit of excitement and more than a little unease, I cracked open that book and began reading.

Look, it’s Marino’s first book. Just how good could it be?  Would she have the writing skills to pull it off?

Could she make us see and feel the world without drowning in description?  Epic fantasy requires a lot of description!  They take you out of the known world into the unknown. It needs some incredible world building to do that without being heavy.

Did she do it?

Oh, yeah!  And she didn’t just do it, she did it well. I’m not a very emotional person, especially about things like someone writing something well. I mean, really?  But seriously, I almost cried when I saw how fabulously she’d drawn us into her world and set us loose among trees that communicate with soil that communicates with sky and water…

And if you don’t believe that’s important, perhaps you should start with the introductory novelette, Points Worth. 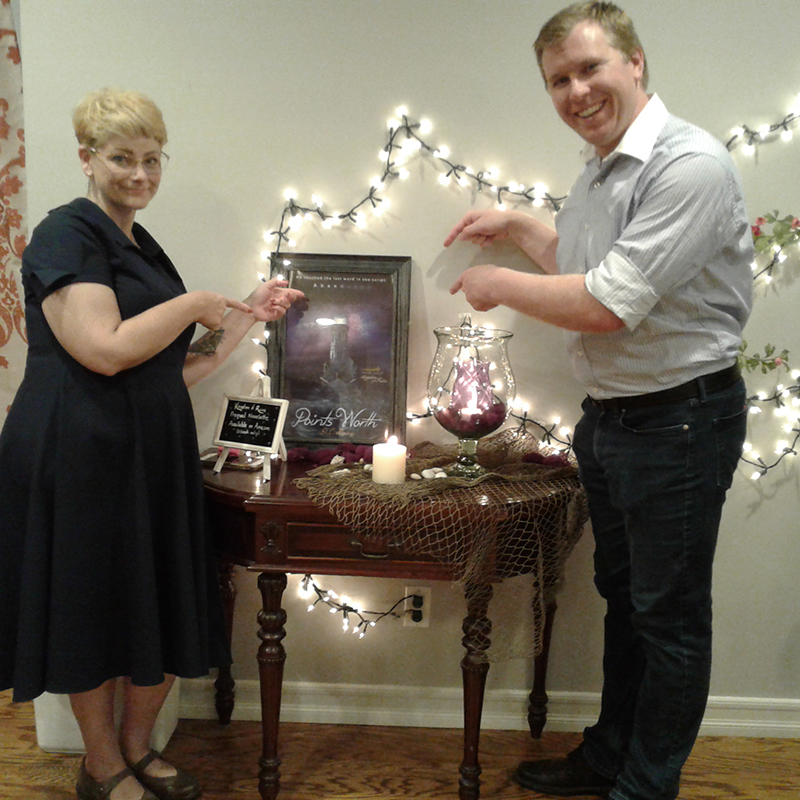 Seriously, that was one of the most wonderful short stories I’ve ever read.  It left me wanting more… and more… which is what I learned we’ll get. A novelette about this sea town between each of the five Kingdom of Ruins novels.  Squee!

But a fabulous and wonderful world isn’t all Marino gives us. She knows how to craft a character that you love, want to shake, who can trick you and make you believe one thing until he or she proves another to be true.  In Kingdom of Ruins, I found people I wanted to root for, fight with, protect, weep over.

And she did it all without once slipping into the frustrating habit of under-delivering.

Here’s the thing. Kingdom of Ruins manages to be both a slow journey and a fast-paced epic novel that keeps your senses and allegiances engaged from the first page until the last.  You walk away from it wanting more—so much more—and not because she didn’t deliver a solid and complete story in this book.

It’s because when it comes to Kingdom of Ruins, the premise alone really is enough, but D.C. Marino gives more than enough… And then keeps on delivering with fabulous world building, excellent storytelling, wonderful characterization, and solid, delightful writing.

Counting down the minutes to the next.

(that’s a total lie—lots of pressure. Hurry up.) 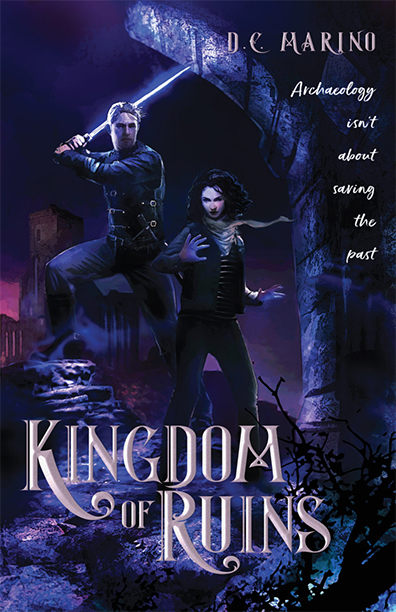 In the Lands Within, history does not rest. Each archaeological layer communicates with the living generation, choosing its friends and enemies—and its kings. But an alliance has been struck no one could have anticipated, and an ancient evil is soaking into the soil. History is being erased, purchased and re-written at a terrible price. And a kingdom that shouldn’t have been forgotten is fading from memory.

In the Lands Without, archaeologist Lori Brickland has found a pottery shard with a heartbeat. The pulse might be a trick of the mind, or it might be the first sign of life in a world of ruin. An exiled traveler will say she shouldn’t search for the truth, a calculating ruler will say she’s the one he’s looking for. And the kingdom? The kingdom will need her before the end. It’s time to accept what she’s always known…

Previous Post: « What Do You Do When You Release 2 Books on the Same Day?
Next Post: How One Fluffy Read Betrayed Me & Why I’m Thrilled »